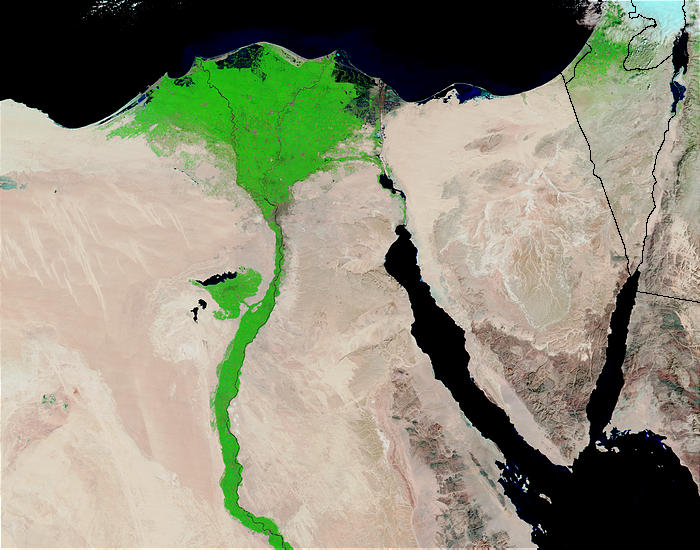 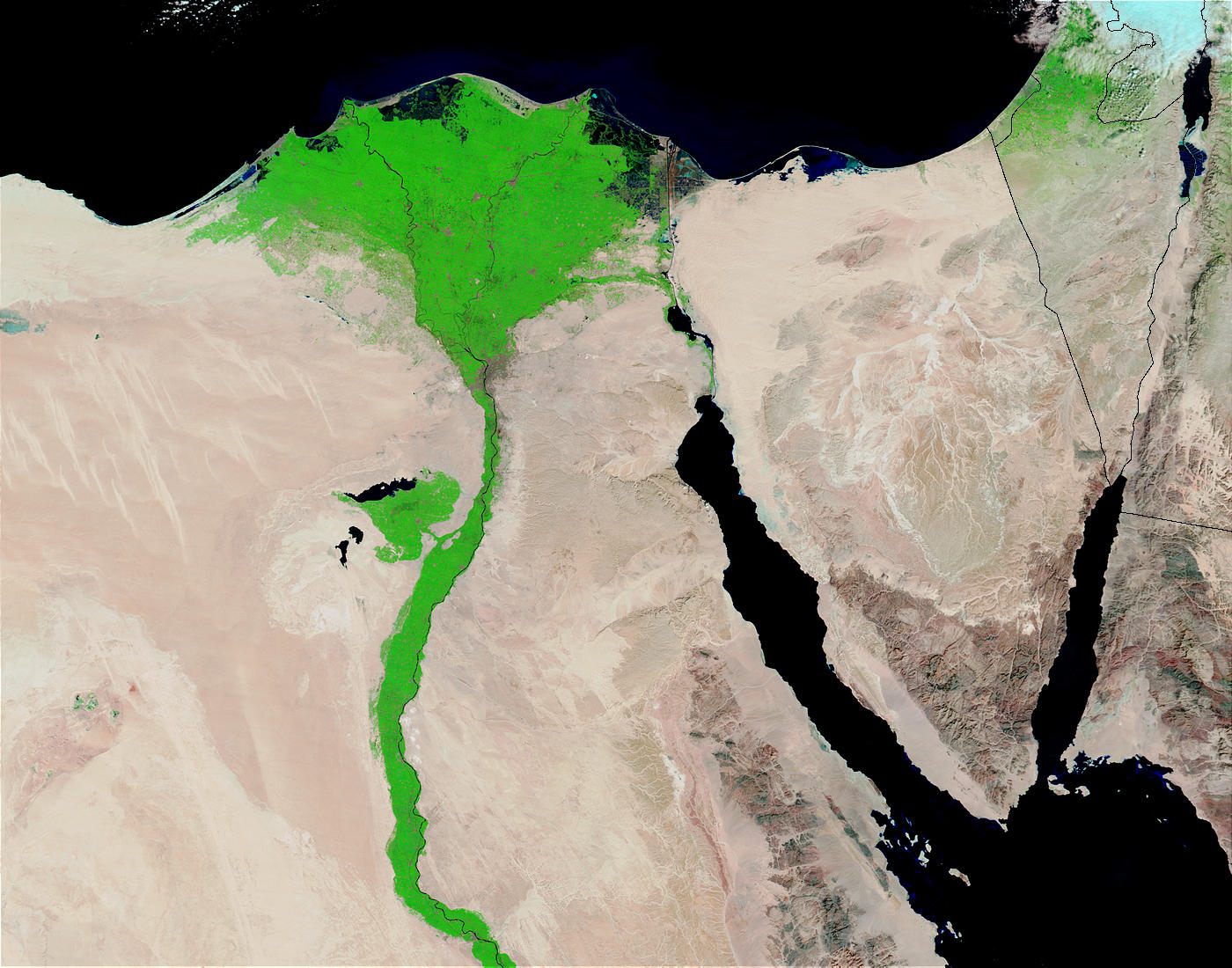 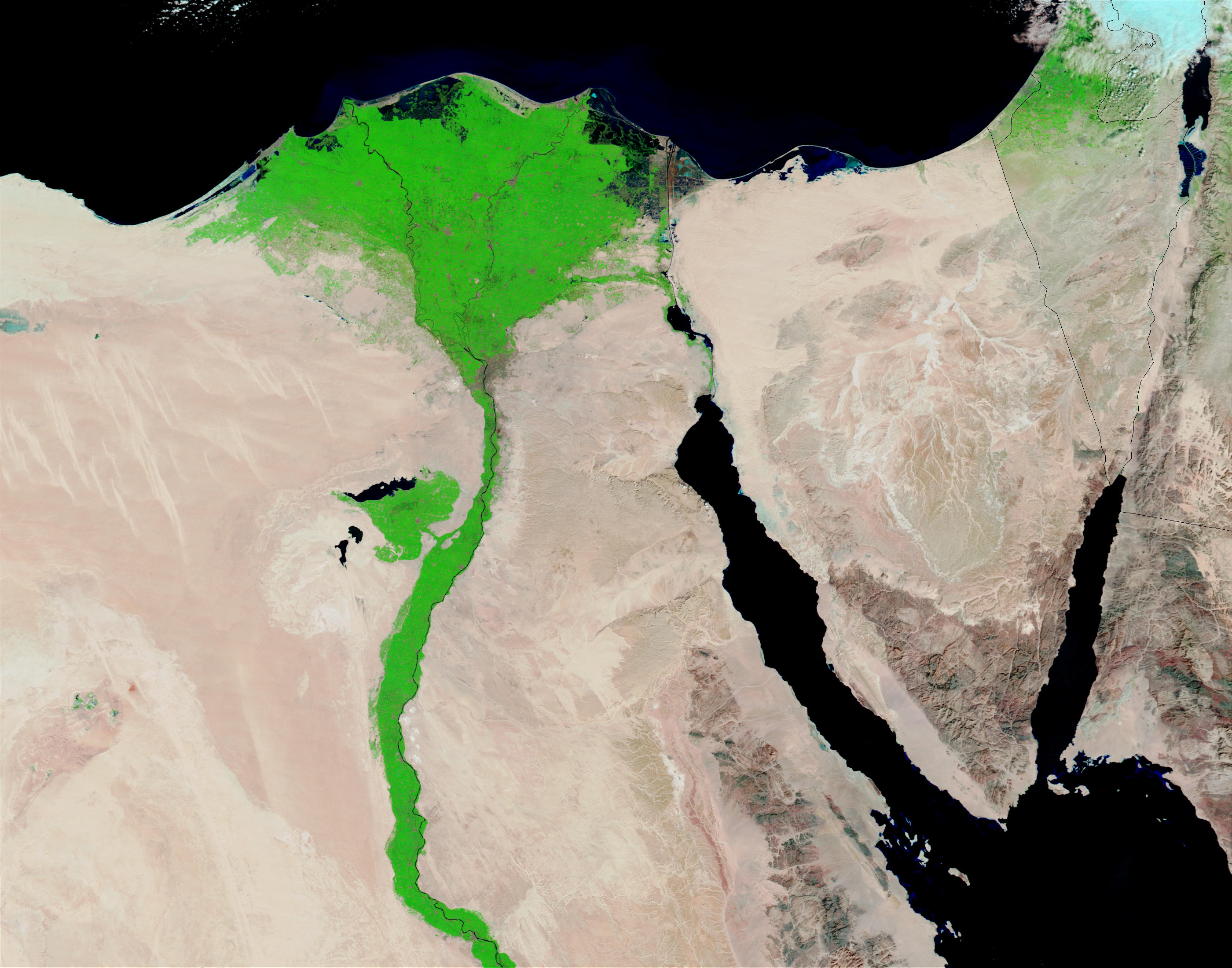 Against the barren desert of northeastern Africa, the fertile valley of the Nile River runs northward through Egypt. In the higher-resolution images, the city of Cairo can be seen as a gray smudge right where the river widens into its broad fan-shaped delta. Other cities are dotted across the green landscape, giving it a speckled appearance. Where the Nile empties into the Mediterranean Sea (top) the waters are swirling with color, likely a mixture of sediment, organic matter, and possibly marine plant life. Farther west, the bright blue color of the water is likely less-organically rich sediment, perhaps sand.

East of the delta lies the arid Sinai Peninsula, whose pointed tip is home to rugged mountains, some as high as 8,600 feet. The lattice work of pale lines marks the paths of ephemeral rivers. The Sinai Peninsula intrudes into the Red Sea. Farther east are Israel, Jordan, and Saudi Arabia. At top right is the disputed territory of the West Bank.

In the false-color image, vegetation is bright green, water is dark blue or black, and clouds are light blue. It's interesting to notice that places that seem essentially arid, or desert-like in the true-color image in fact have a delicate layer of vegetation. For example, the central Sinai Peninsula, and most of Israel have a faint greenish tinge in the false-color images.

These images were captured by the Terra MODIS instrument on Feb. 5, 2003.