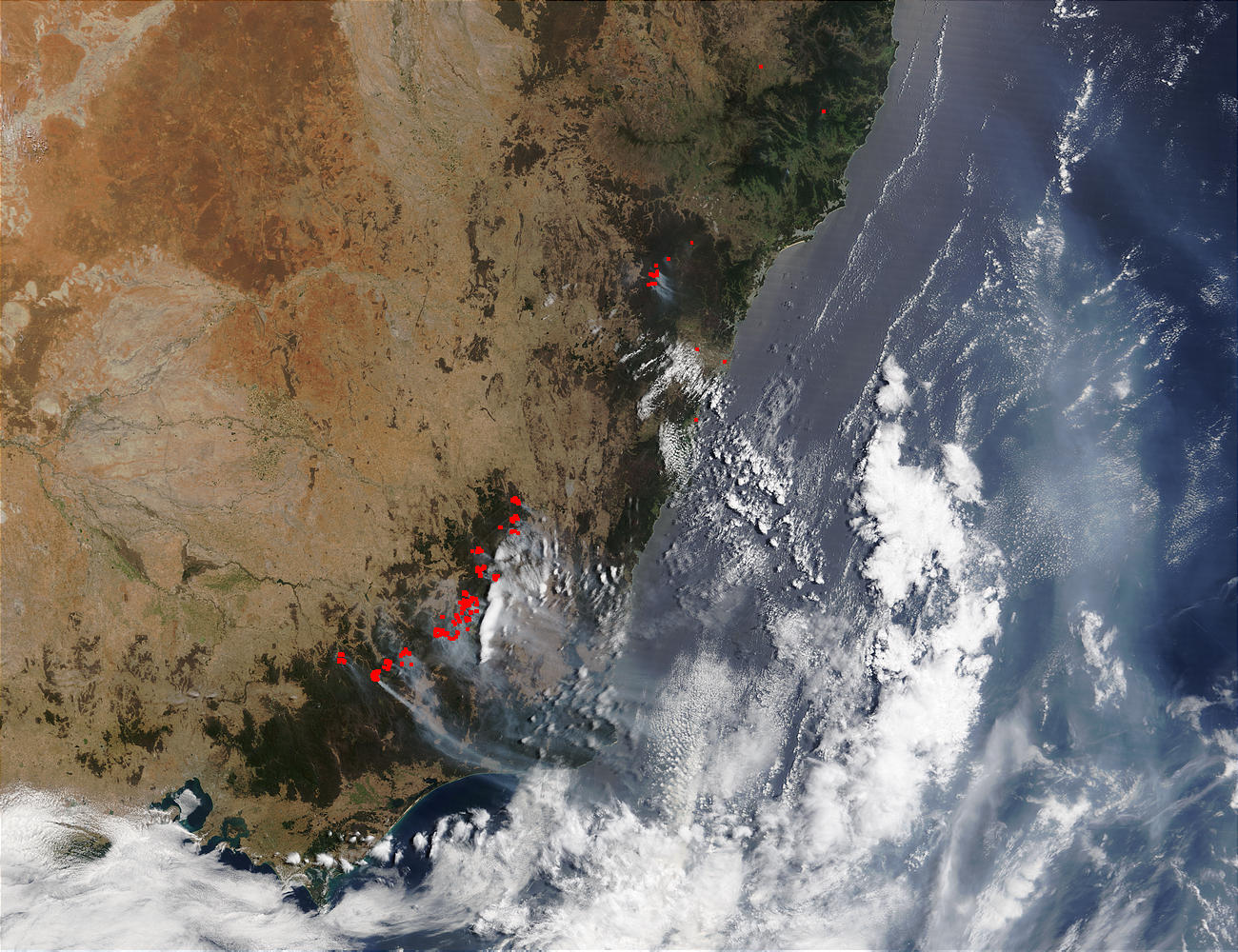 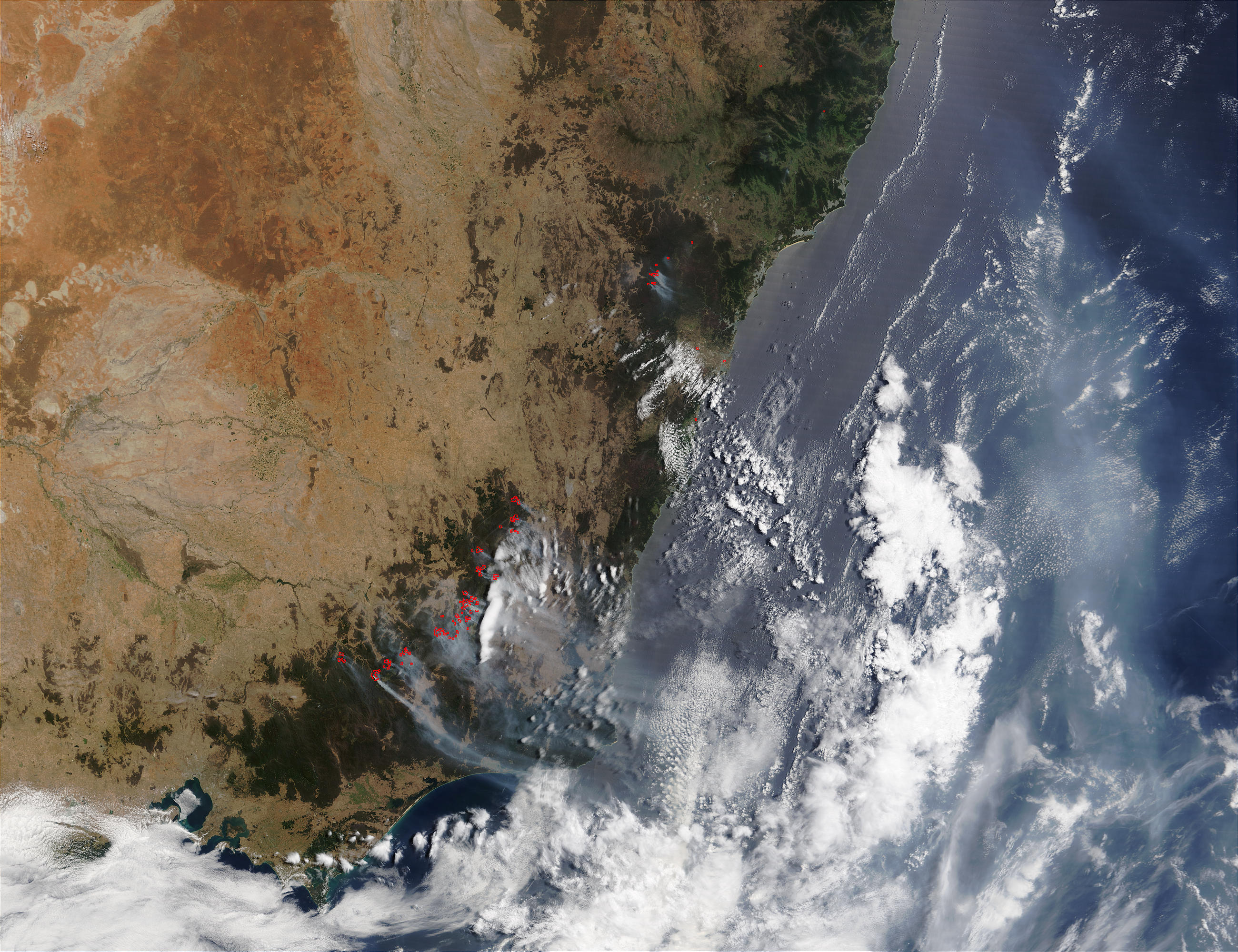 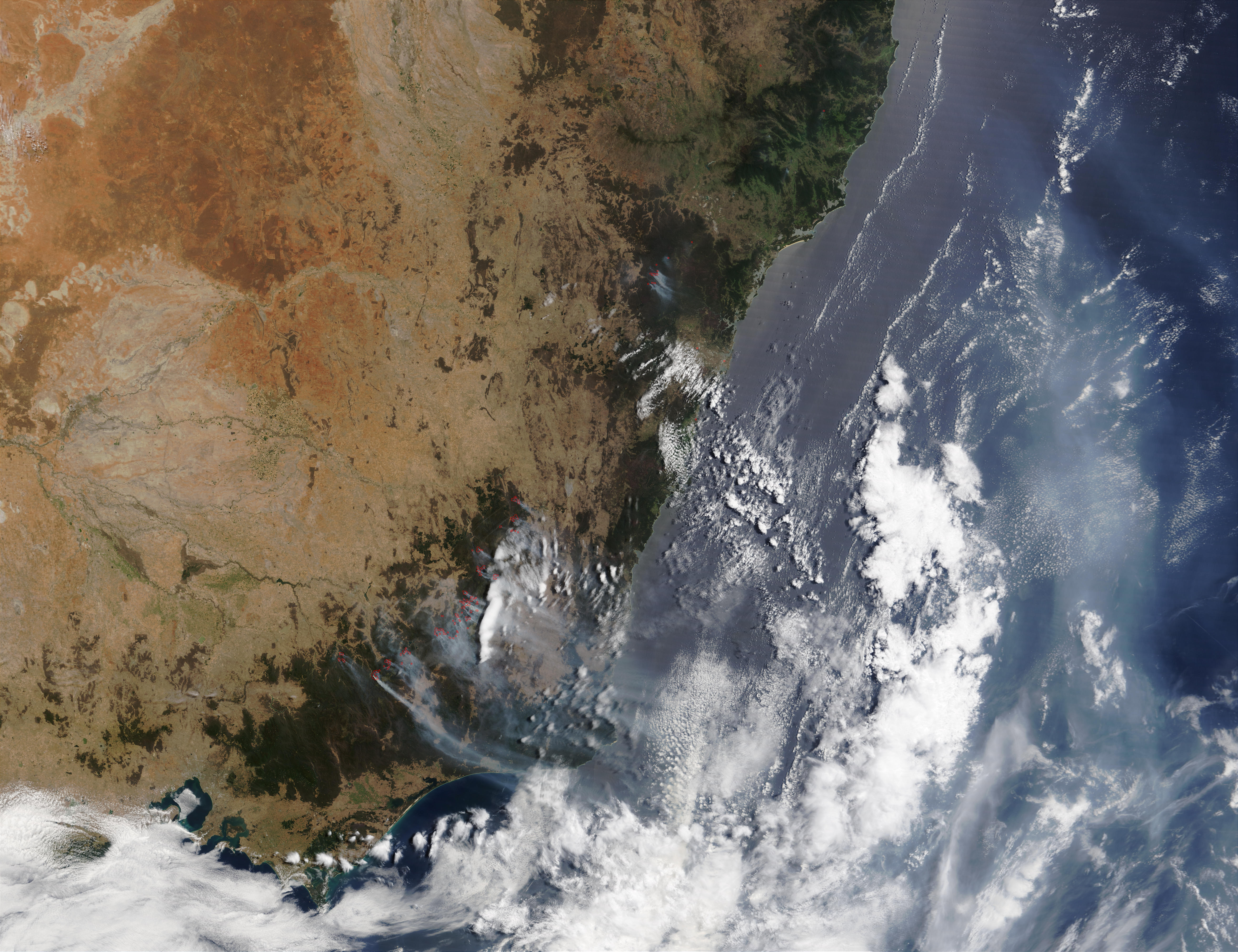 Fires and smoke in Southeast Australia

According to news reports, the fire situation in New South Wales and Victoria, Australia, is grave. Hot temperatures and winds gusting up to 70 kilometers (43 miles) per hour have kept bushfires burning out of control in southeastern New South Wales and northeastern Victoria. The fire situation may be the worst the area has experienced in more than 50 years, and in Victoria, government officials are making plans to call up the army for firefighting assistance. Smoke continues to pour from the blazes and to create a health hazard.

This true-color Moderate Resolution Imaging Spectroradiometer (MODIS) image from January 17, 2003, shows the fires in southeastern Australia marked with red dots. Smoke is drifting south east. On the western side of the fires, what look like long straight lines of smoke (see high-resolution image) may be contrails from reconnaissance aircraft or water tankers.