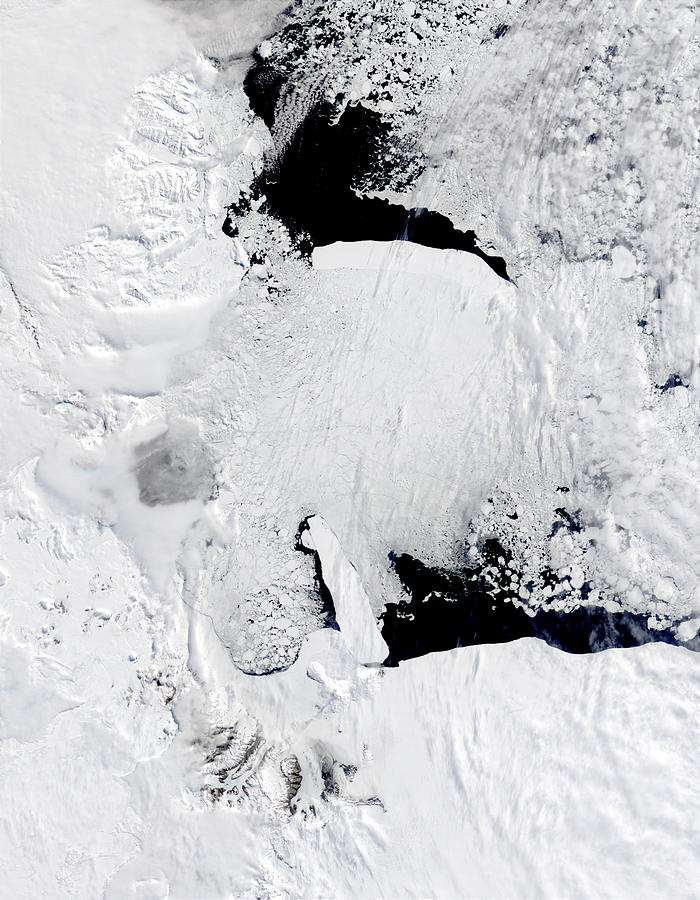 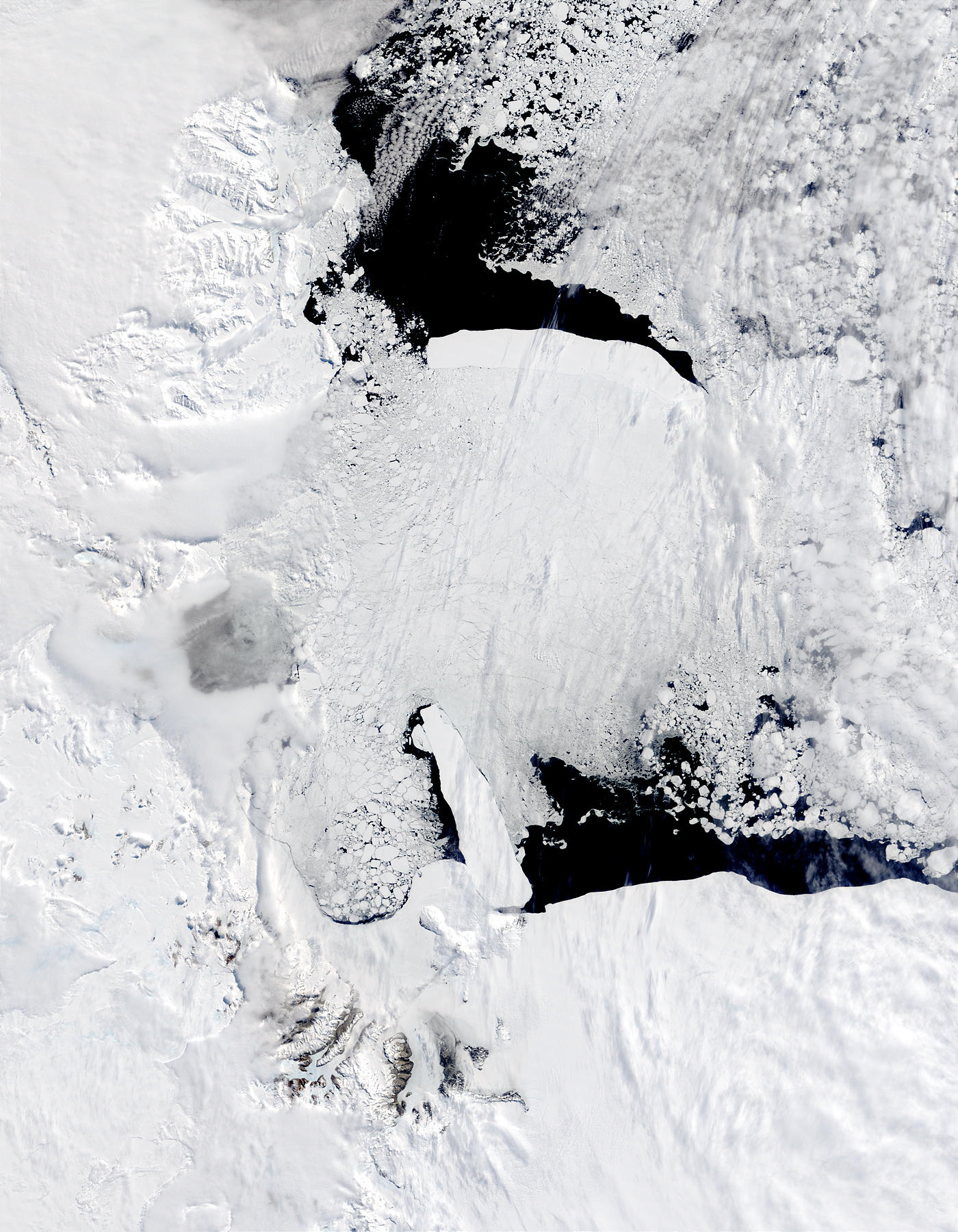 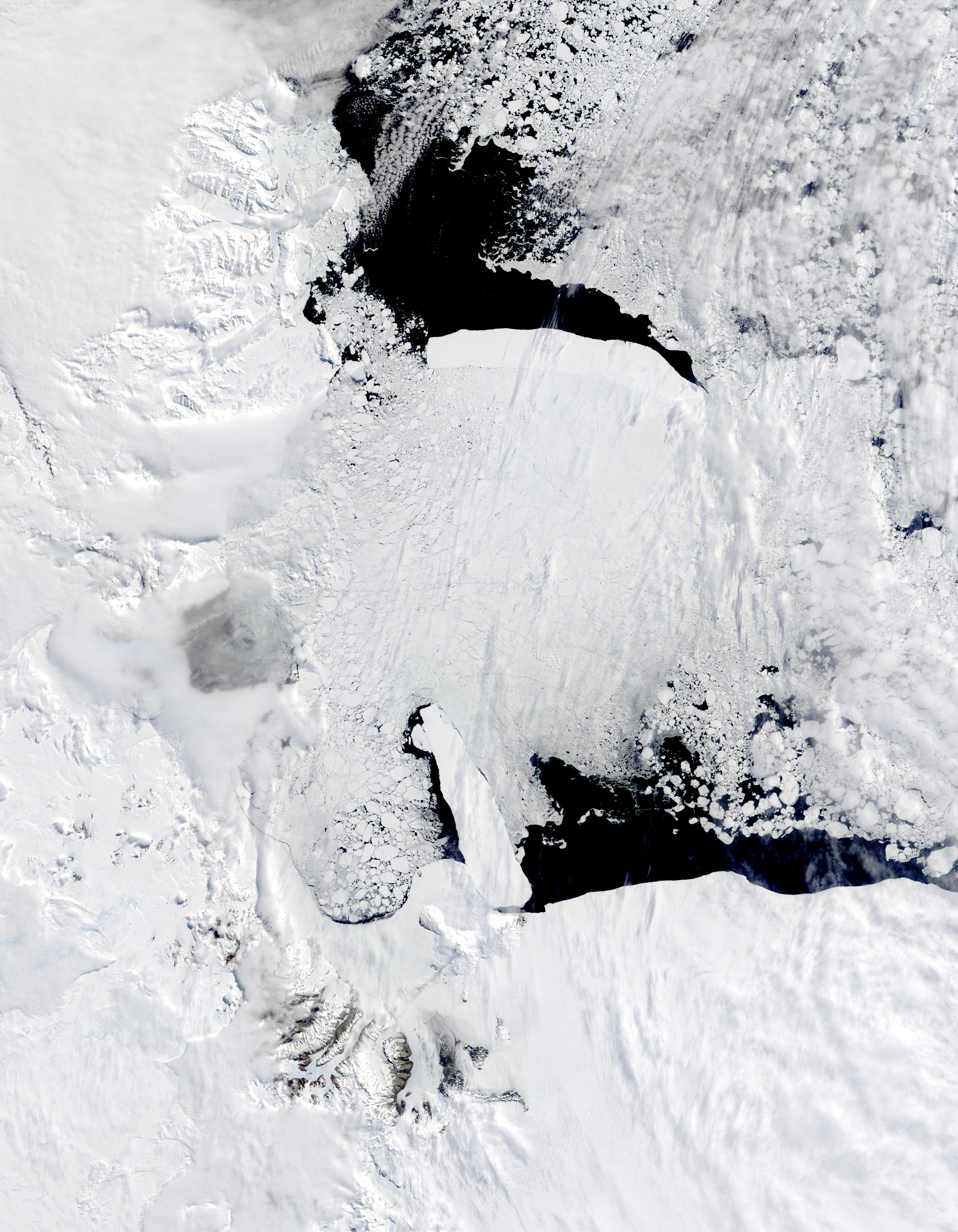 B-15A and C-19 icebergs in the Ross Sea, Antarctica

Seasonal sea ice in Antarctica’s Ross Sea has refused to take summer’s hint, and is blocking the route used by re-supply ships bound for McMurdo Station, the National Science Foundation’s research hub on Antarctica. When winter begins in the Northern Hemisphere, summer begins in Antarctica. Normally, seasonal sea ice dramatically retreats from Antarctic coastal waters, making it the perfect time to bring in supplies and fuel. This year, however, unusually high levels of ice persisted in the Ross Sea despite the advancing summer season, impeding the passage to Ross Island, where the research station is located. On January 9, the U.S. Coast Guard had to send a second icebreaking ship to assist the initial one that went out with the re-supply ships.

These images from the Moderate Resolution Imaging Spectroradiometer (MODIS) on the Terra satellite show ice in the Ross Sea on December 17, 2002 (left), and December 20, 2001 (right). Ross Island, seen at the lower lefthand corner of the images, is engulfed by the outer reaches of the Ross Ice Shelf (bottom). Considerably more sea ice crowds the region in 2002 than 2001. The build-up of pack ice may be due to the presence of two large icebergs: B-15 (bottom left) and C-19 (top center). These bergs broke off the Ross Ice Shelf in 2000 and 2002, respectively, and drifted to their present locations, where both now appear to have run aground. Their presence may be interfering with typical ocean circulation patterns that melt or carry off the seasonal ice.

The Ross Ice Shelf is a massive field of snow and ice that begins on land, but hangs out over the sea. Ross Island reaches a maximum elevation of 3,794 meters (12,448 feet) on Mount Erebus, an active volcano. The fact that parts of the island appear to just barely rise above the ice shelf provides dramatic evidence of just how thick the ice sheet is—3,000 feet in some places. The shelf undergoes perpetual demolition and reconstruction, as the outer portions of the shelf break off, occasionally giving rise to enormous icebergs, while the interior regions are fed by glaciers flowing down onto the shelf from the mainland.

Later in the season, C-19 swung northward like a gate, freeing much of the trapped ice.