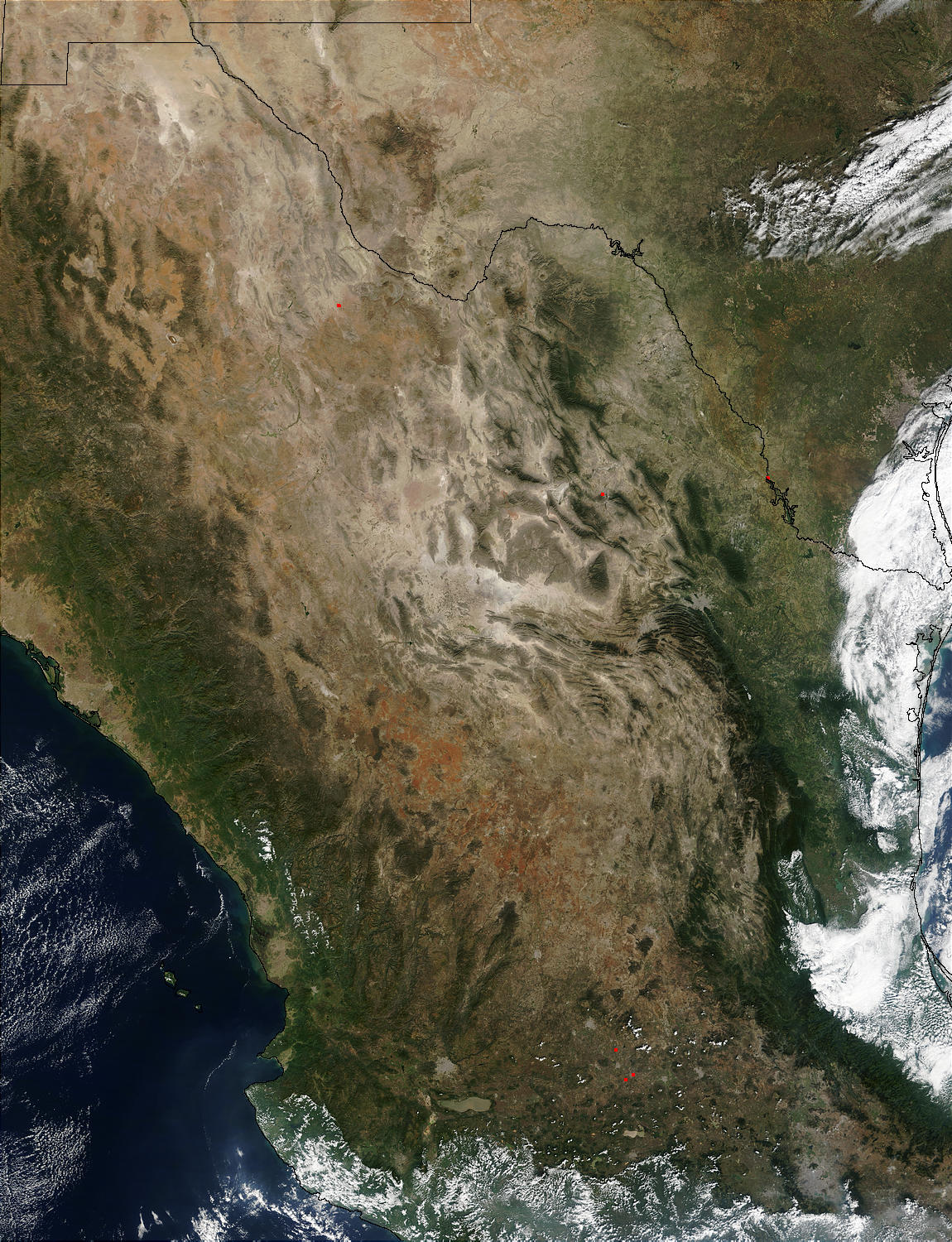 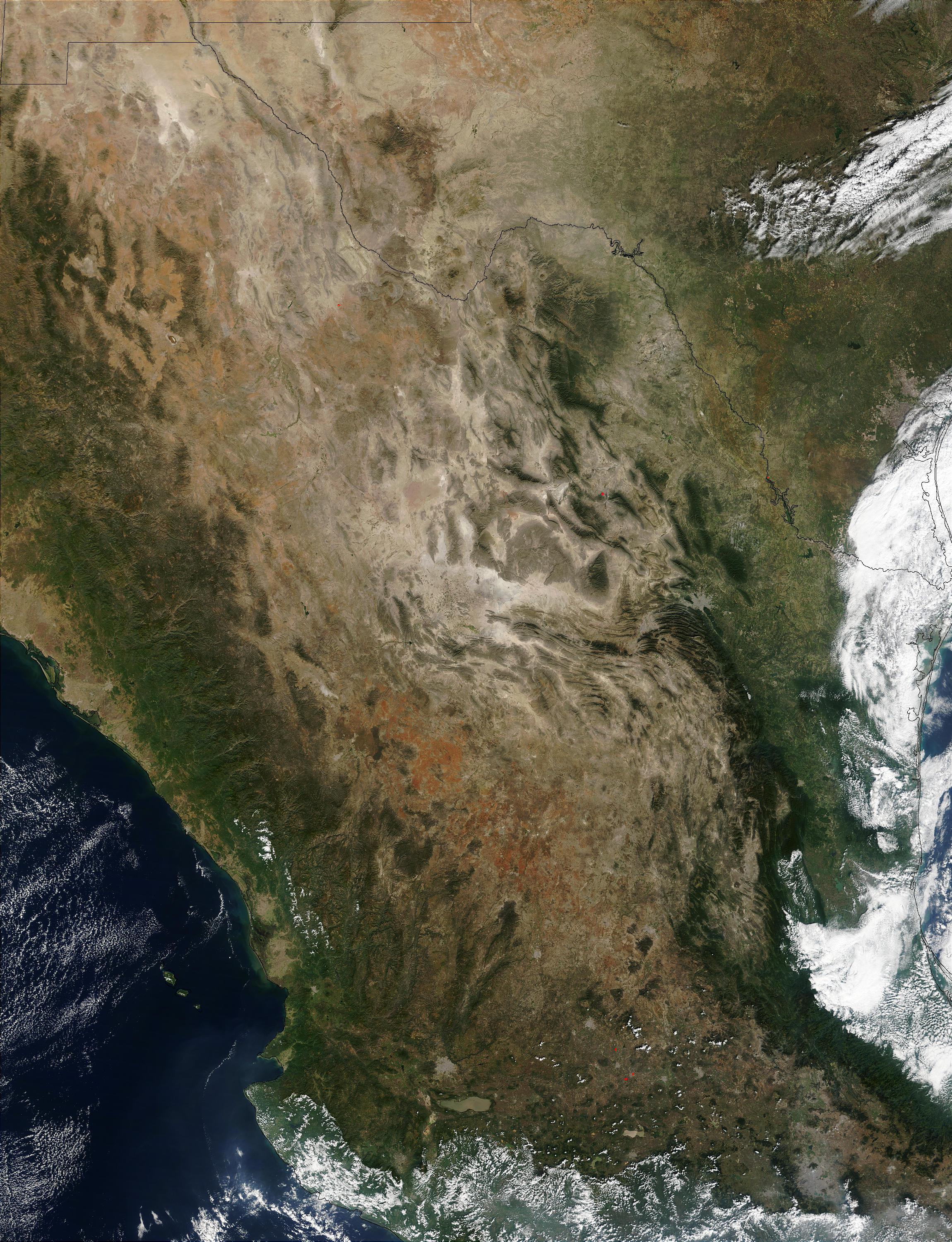 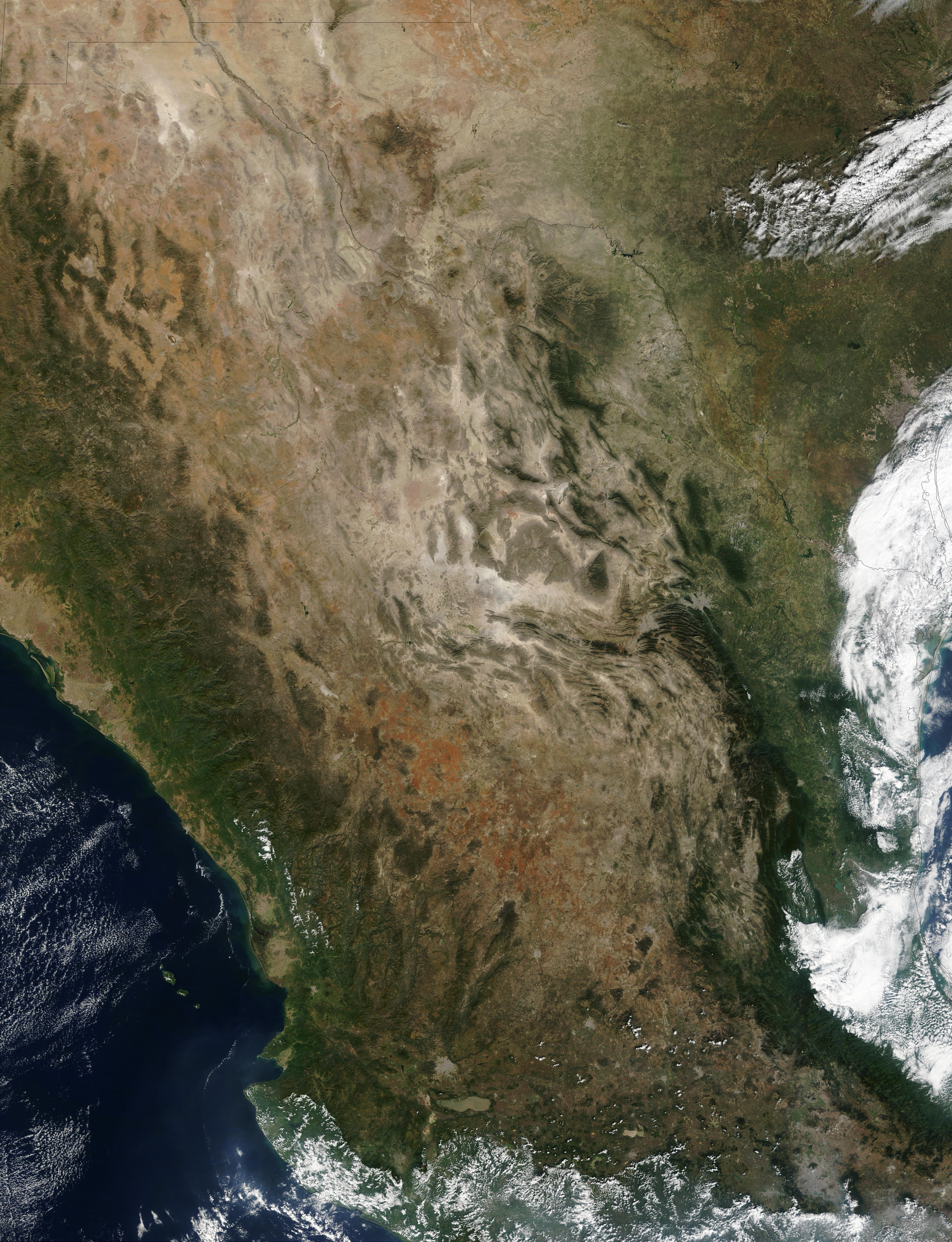 Mirroring the terrain of the United States Inter-Mountain West, northern Mexico (left) has an area of high plains, called the altiplano, between two mountain ranges. Along the Pacific Coast lies an extension of the U.S.’ Sierra Nevada Mountains, called the Sierra Madre Occidental (West). In the eastern part of the country are the Sierra Madre Oriental (East), which are an extension of the southern Rocky Mountains of the U.S. This true-color Moderate Resolution Imaging Spectroradiometer (MODIS) image captured by the Terra satellite on November 11, 2002, shows the high plains and deserts of north-central Mexico sandwiched between the forested mountain ranges.

Mexico’s altiplano is divided into a northern and southern half by a smaller, east-west trending mountain range (image center). With an average elevation of 2000 meters, the southern half is about 1000 meters higher than the northern half. The southern altiplano houses numerous valleys and depressions, which are the remains of ancient lakes. Many of Mexico’s cities occupy these dry lake beds, including its largest, Mexico City, which shows up as a large, cement-colored patch at lower right.

Mexico and the United States are separated by the great river known as Rio Grande in the U.S. and the Rio Bravo del Norte in Mexico. Across the border from Mexico, Texas’ Davis Mountains stand out in dark brown against the paler plateau to the north. The Davis Mountains are home to some of Texas’ surprisingly high peaks. The second-highest range in the state, the Davis Range has several peaks rising over 7,000 feet above sea level, the highest of which is Mt. Livermore, at 8,378 feet.