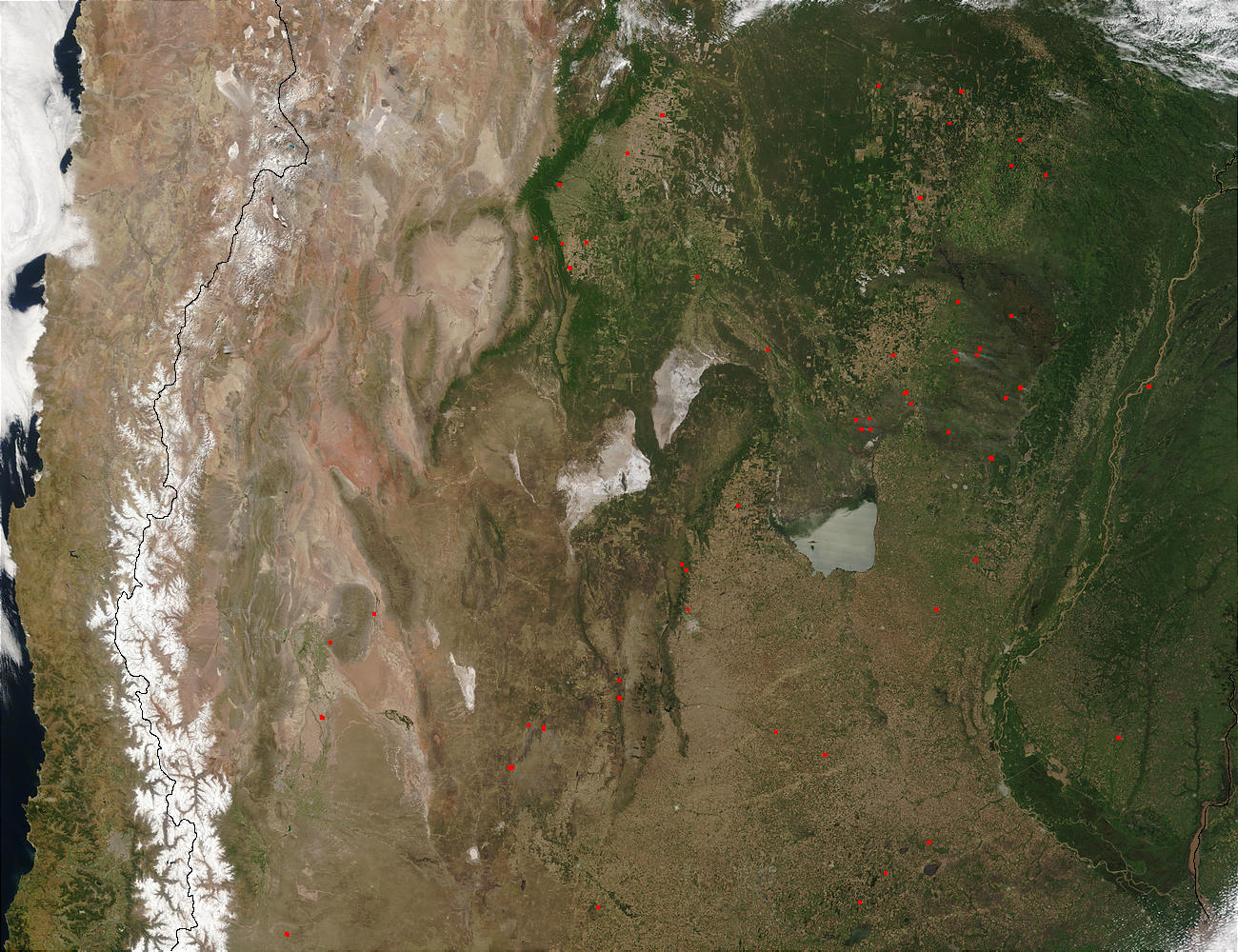 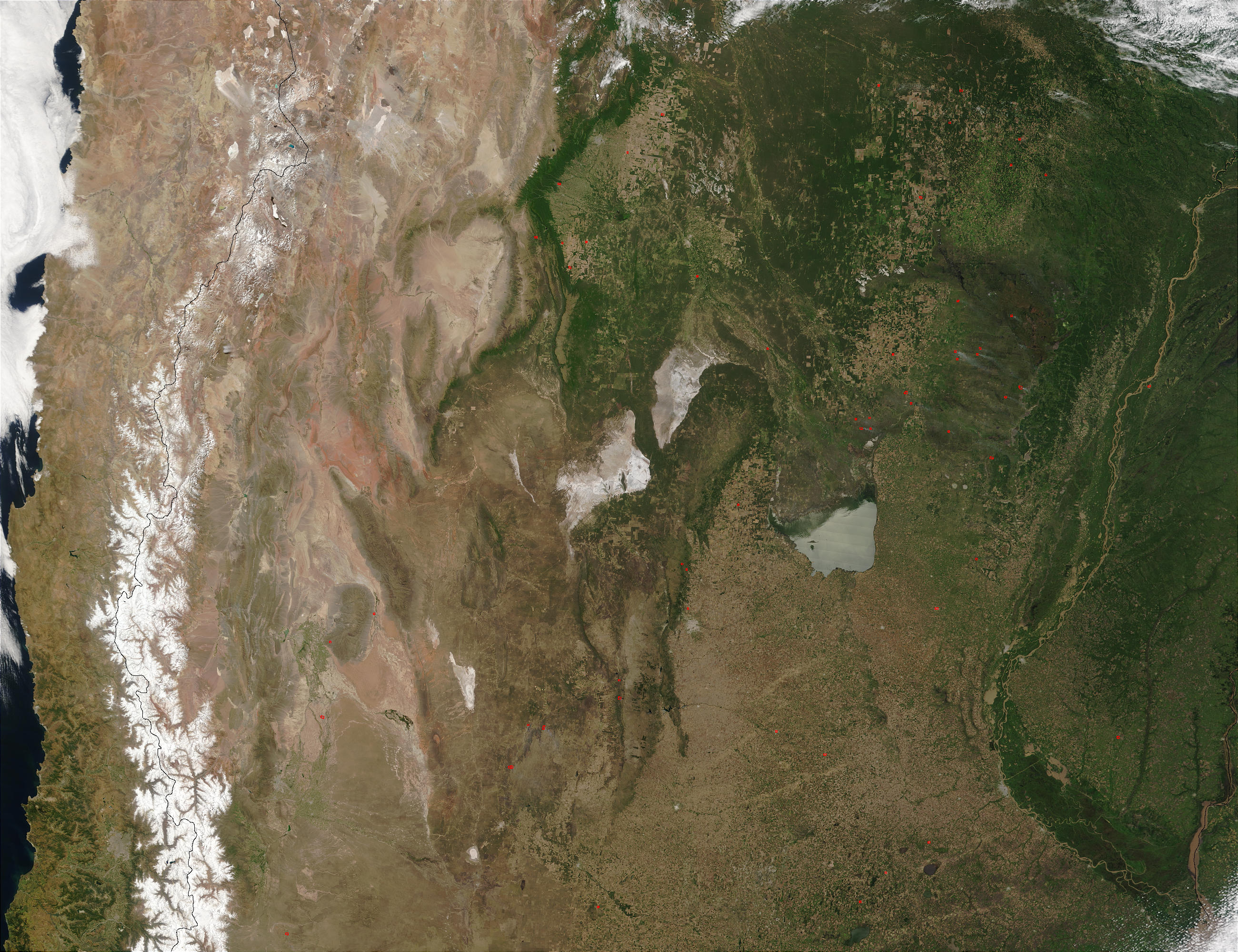 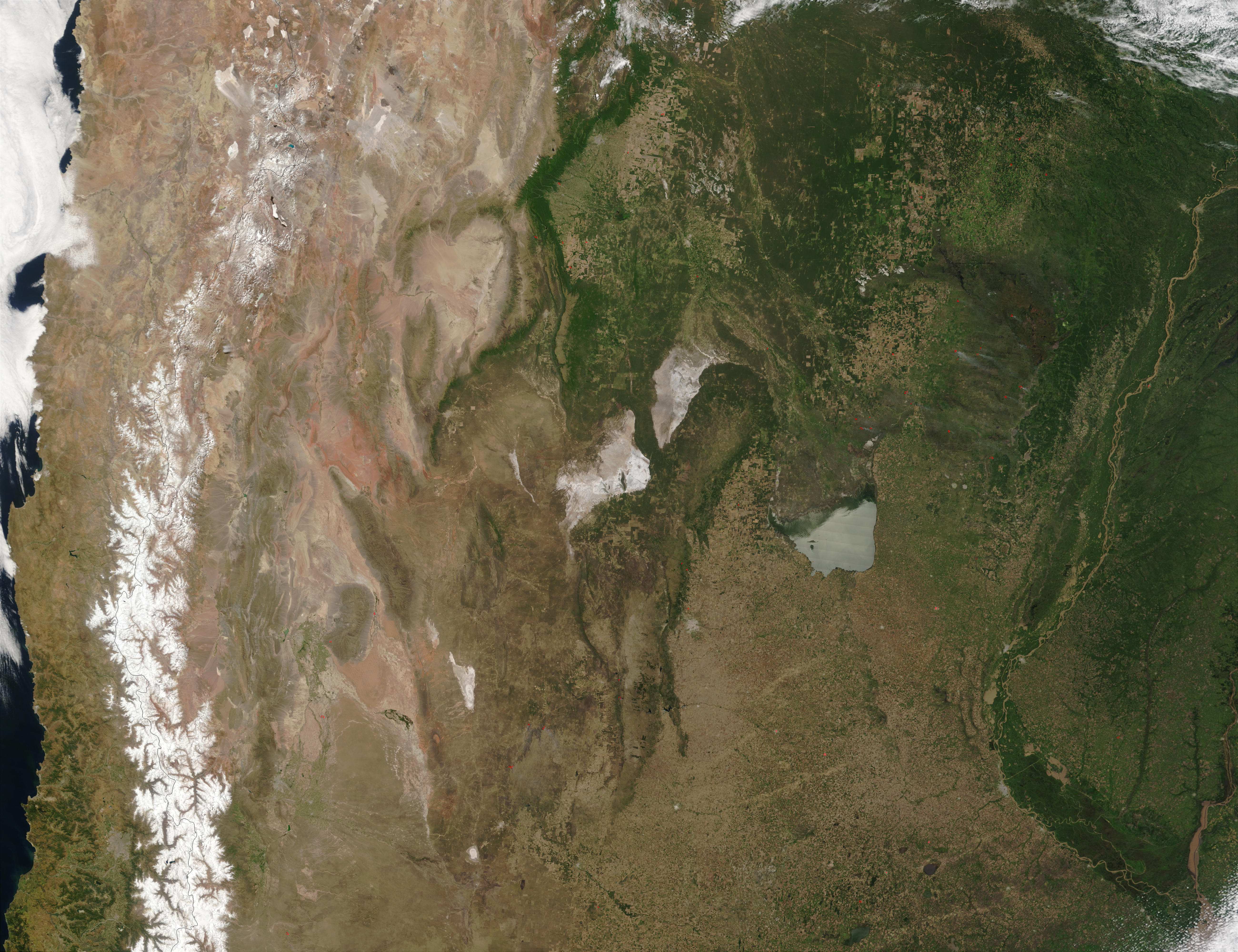 Scattered fires (marked with red dots) burned across northern Argentina on November 11, 2002, and were detected by the Moderate Resolution Imaging Spectroradiometer (MODIS) on the Terra satellite. The location of active fires is marked on the true-color image collected by MODIS at the same time.

Spring is firmly underway in the Pampas region of Argentina in the eastern portion of the image. The Pampas is a wide, mostly treeless grassland plain that rises from the Atlantic coast in the east up to the Andes Mountains along the country’swestern border with Chile. The eastern, more coastal portion of the pampas is called the Humid, or Wet, Pampas, while the western regions that approach the Andes are get less precipitation and are called the Dry Pampas. The Humid Pampas is used for farmland, while the Dry Pampas is used for ranching. The transition between the two Pampas can be seen quite easily in the lower left hand quadrant, where lush green wetlands line the Parana River as it runs south through the great plain. To the west of the river, the lush appearance fades quickly to green speckles amid a tan landscape. In the high resolution imagery, the speckles reveal themselves as small rectangles—irrigated plots of land.

The Andes Mountains run north-south along the western portion of the image, their high peaks covered with snow even though summer is set to arrive in just a month. Across the Andes in Chile, the city of Santiago makes a grayish patch in the lower left hand corner of the image.