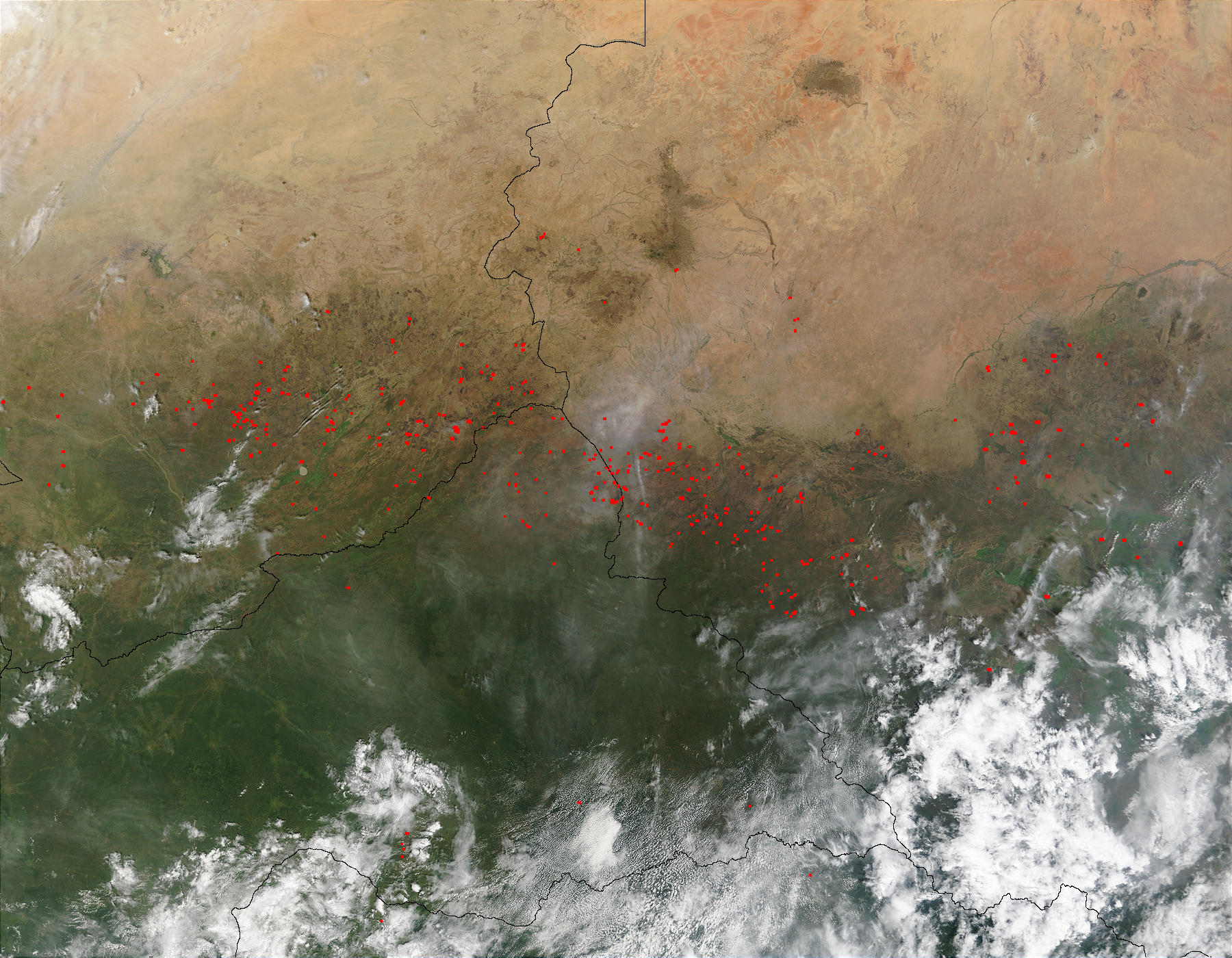 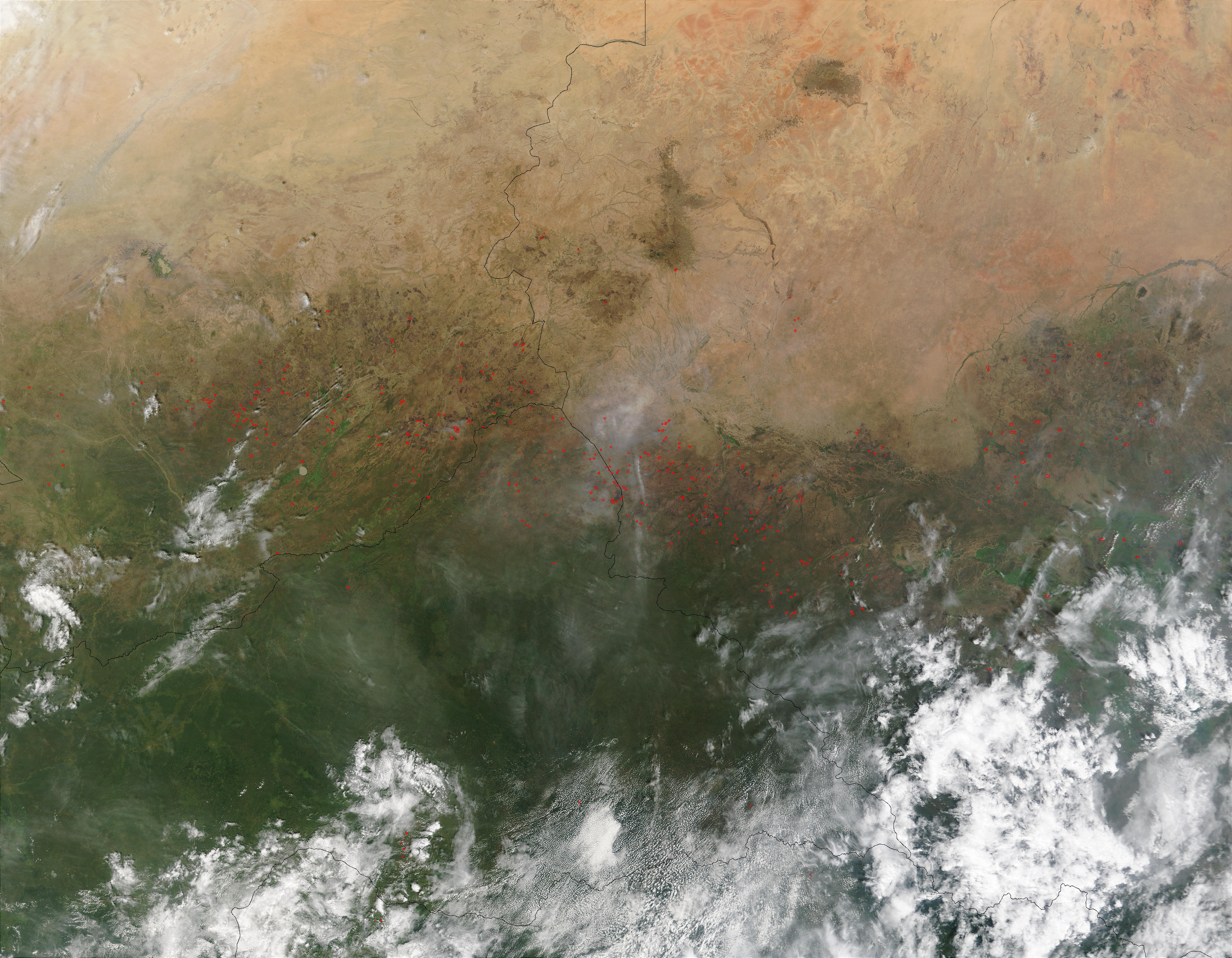 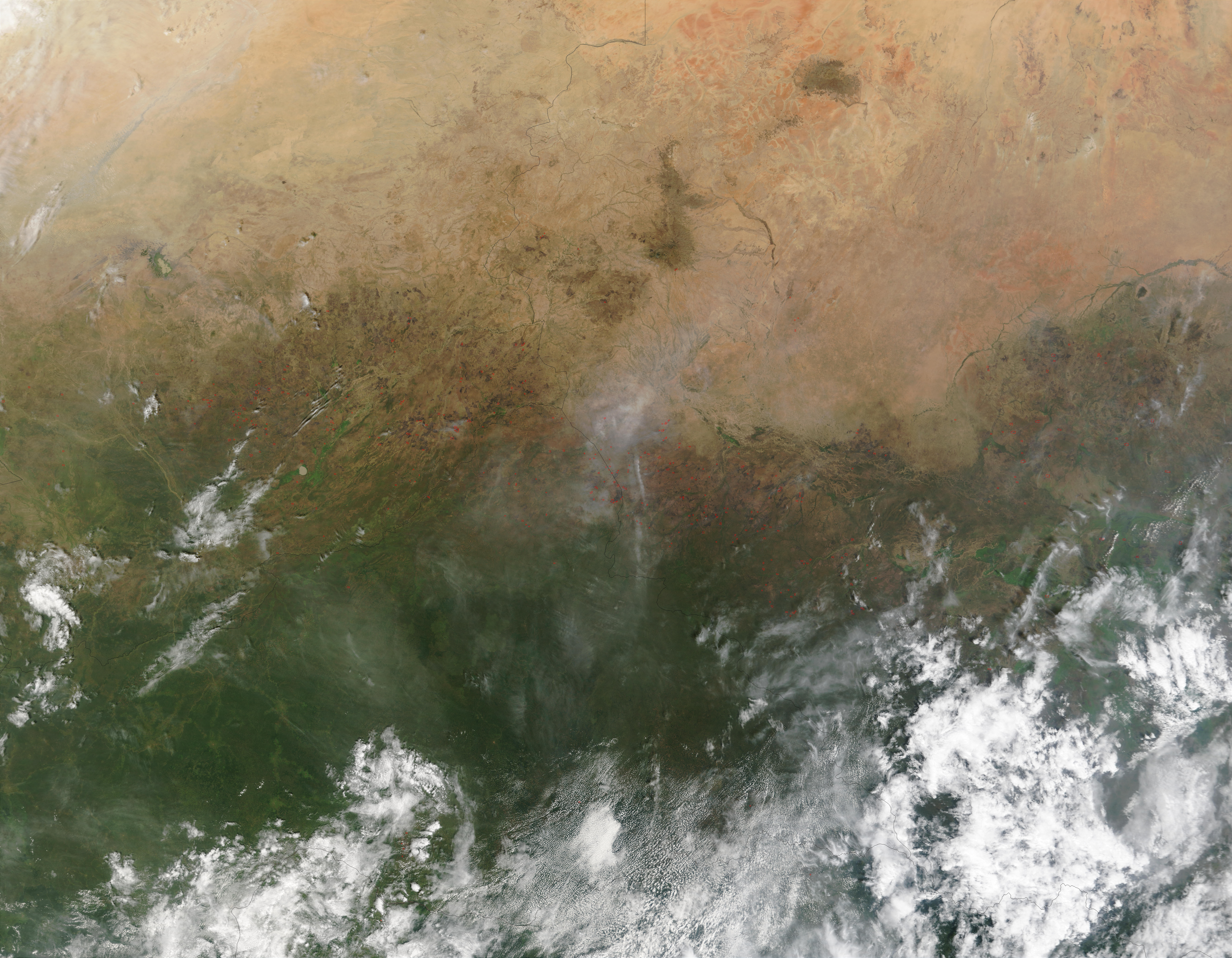 Fires in the Sahel and Savannas, Central Africa

Centered farther west than previous day’s images in this series, this true-color image from the Moderate Resolution Imaging Spectroradiometer (MODIS) on the Terra satellite shows the widespread nature of the fires in central Africa. This image shows fires burning in southwestern Sudan (right) and its western neighbor, Chad. Below is the Central African Republic. The fires in Chad are burning in an area that encompasses a broad expanse of wetlands in a region called Salamat.

This image highlights the transition from the Sahara Desert (top), to the Sahel (lighter green) to tropical savannas (darker green). The Sahel is a loosely defined strip of transitional vegetation that separates the desert from the tropical savannas to the south. The region is used for farming and grazing, and because of the difficult environmental conditions that exist at the border of the desert, the region is very sensitive to human-induced land cover change. There is increasing concern that clearing natural vegetation for farming exposes the fragile topsoil to the brunt of desert winds, and that these changes may be permitting the expansion of the region’s deserts.