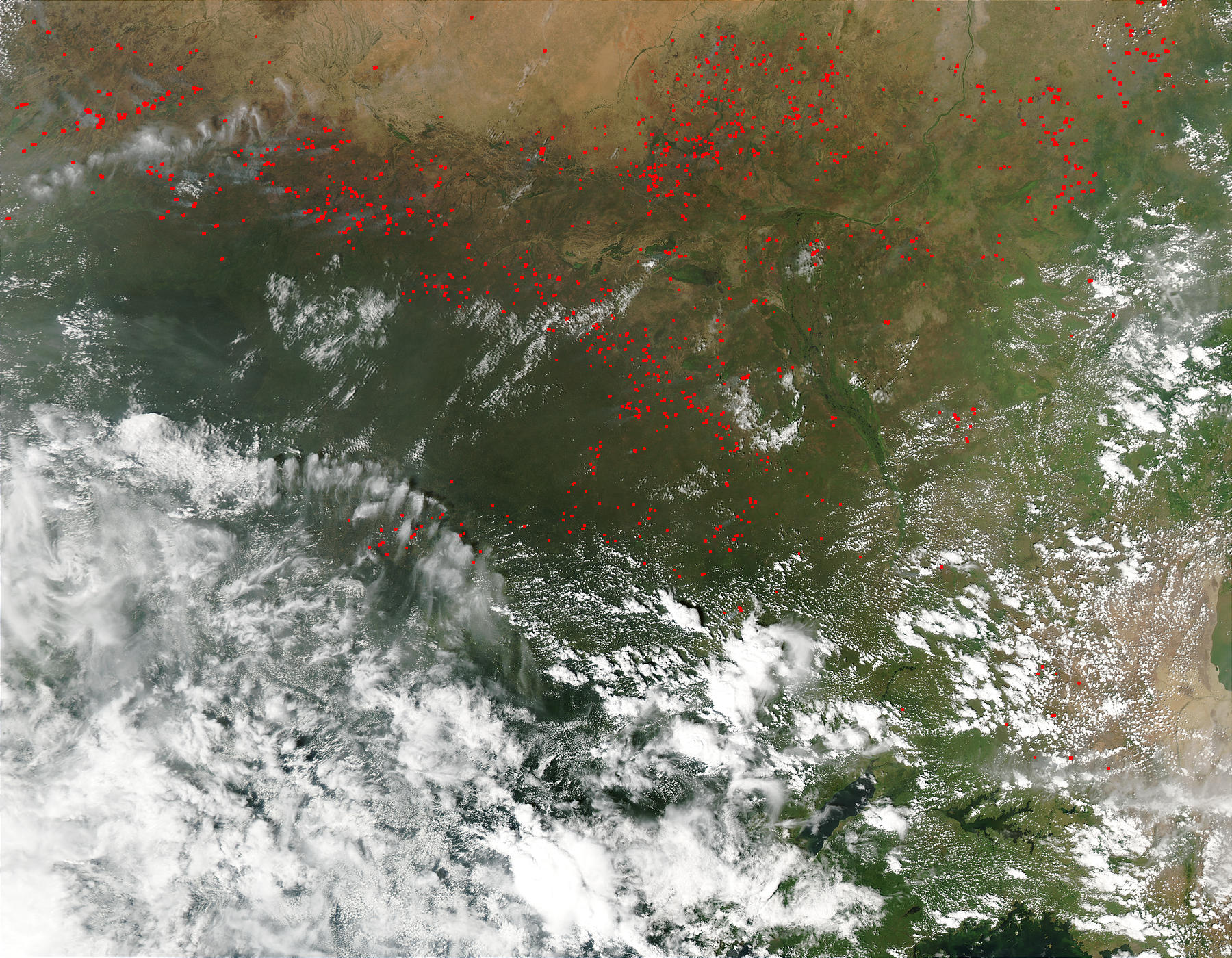 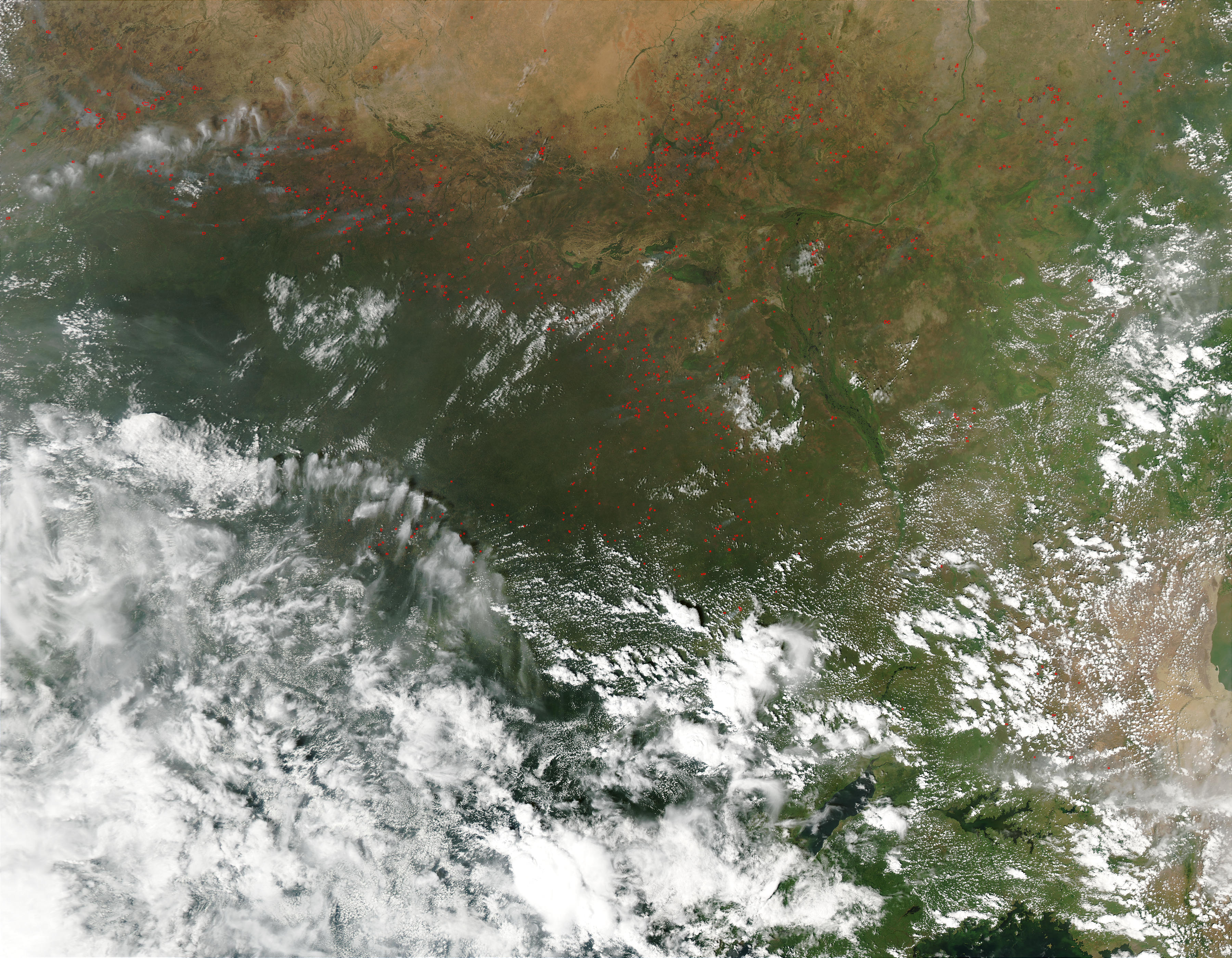 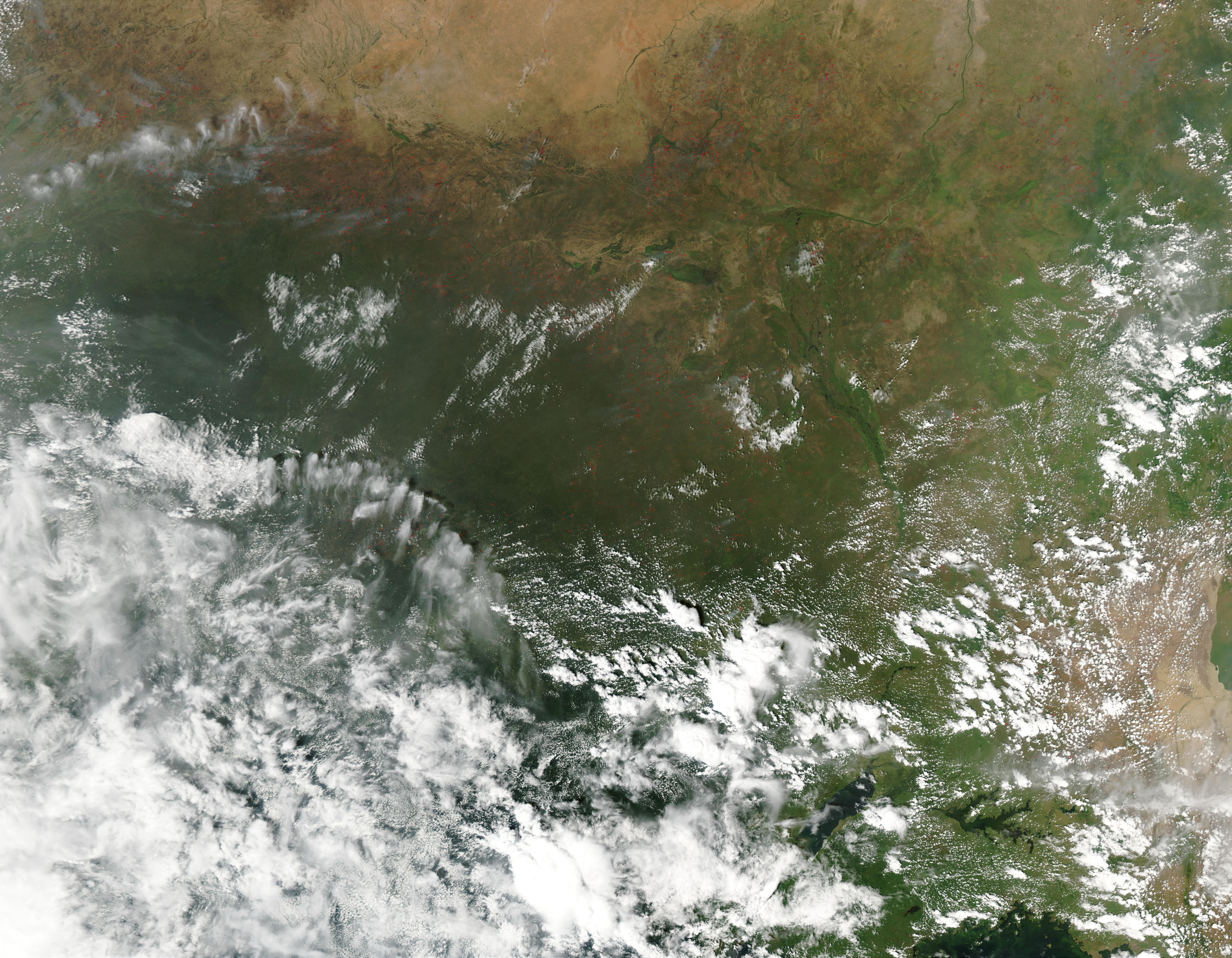 Fires in the Sahel and Savannas, Central Africa

Fires are burning in a broad swath across central Africa south of the Sahara Desert. This true-color image from November 3, 2002, was captured by the Moderate Resolution Imaging Spectroradiometer (MODIS) on the Aqua satellite. The scene is centered on Sudan, which spans nearly the entire image. Moving southward through Sudan, the Sahara gives way to the Sahel, which gives way to tropical savannas. Roughly centered in the image is a region called the Sudd, which encompasses a large expanse of wetlands near a sharp bend in the White Nile. Fires (red dots) are burning throughout the region.