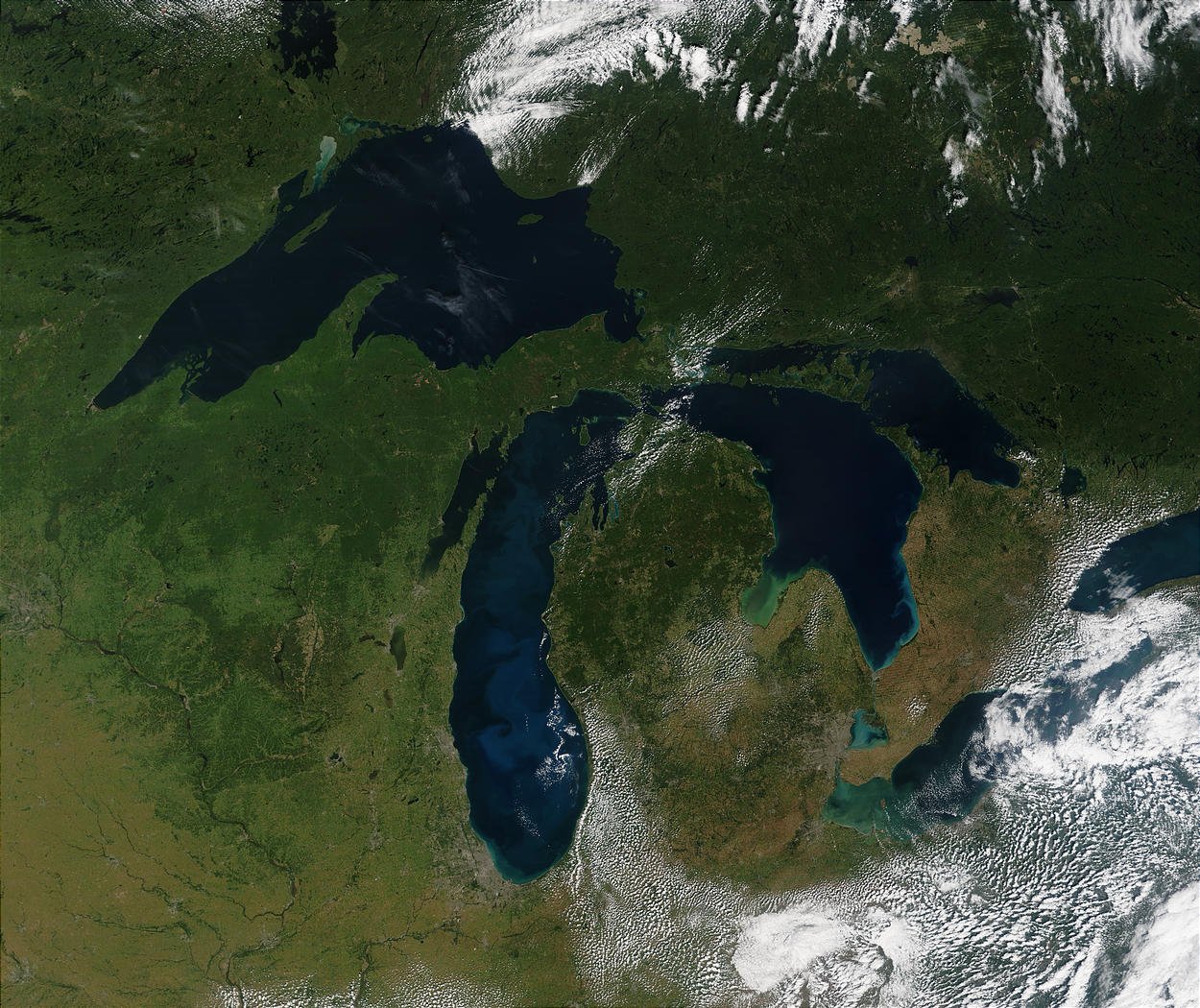 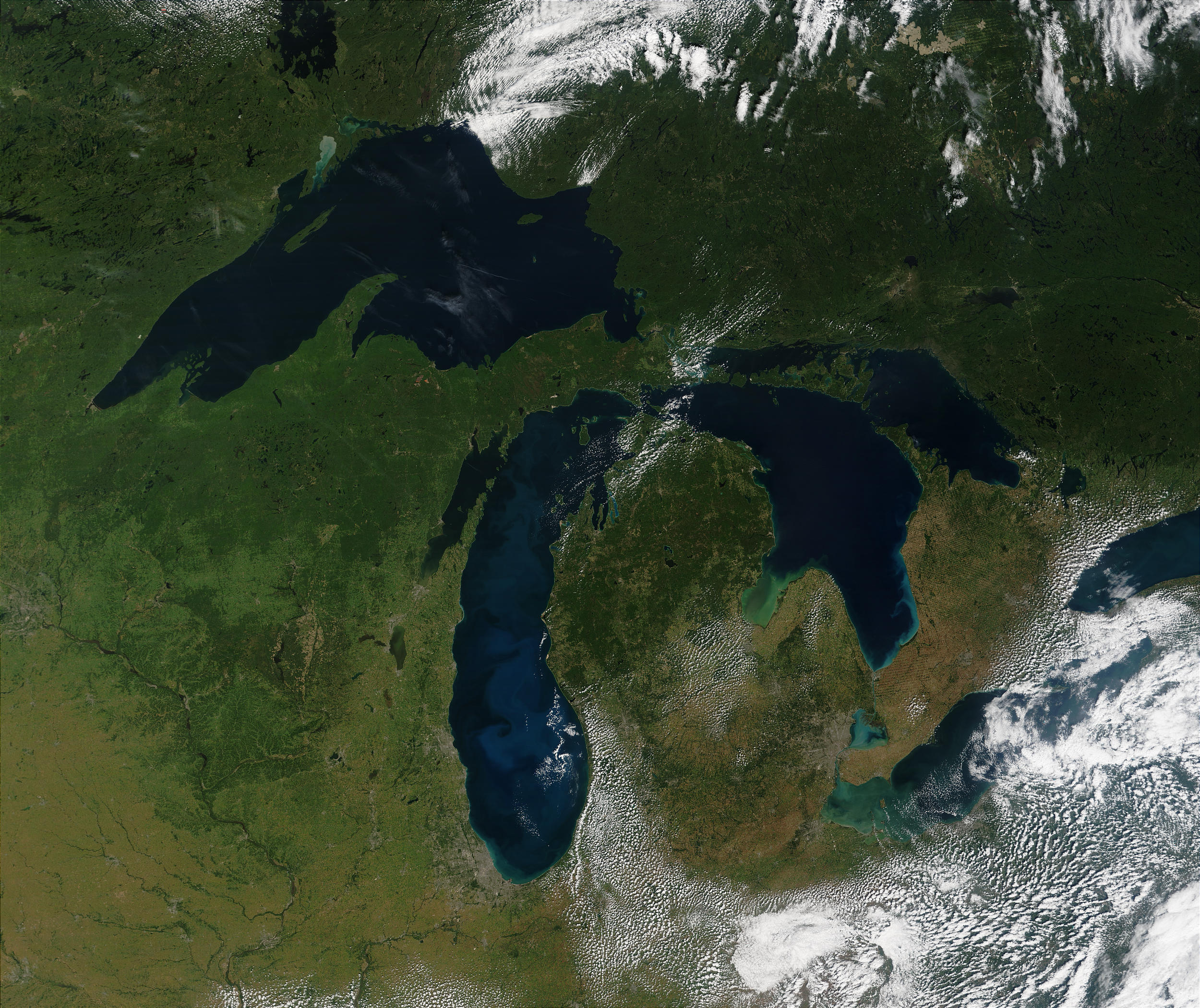 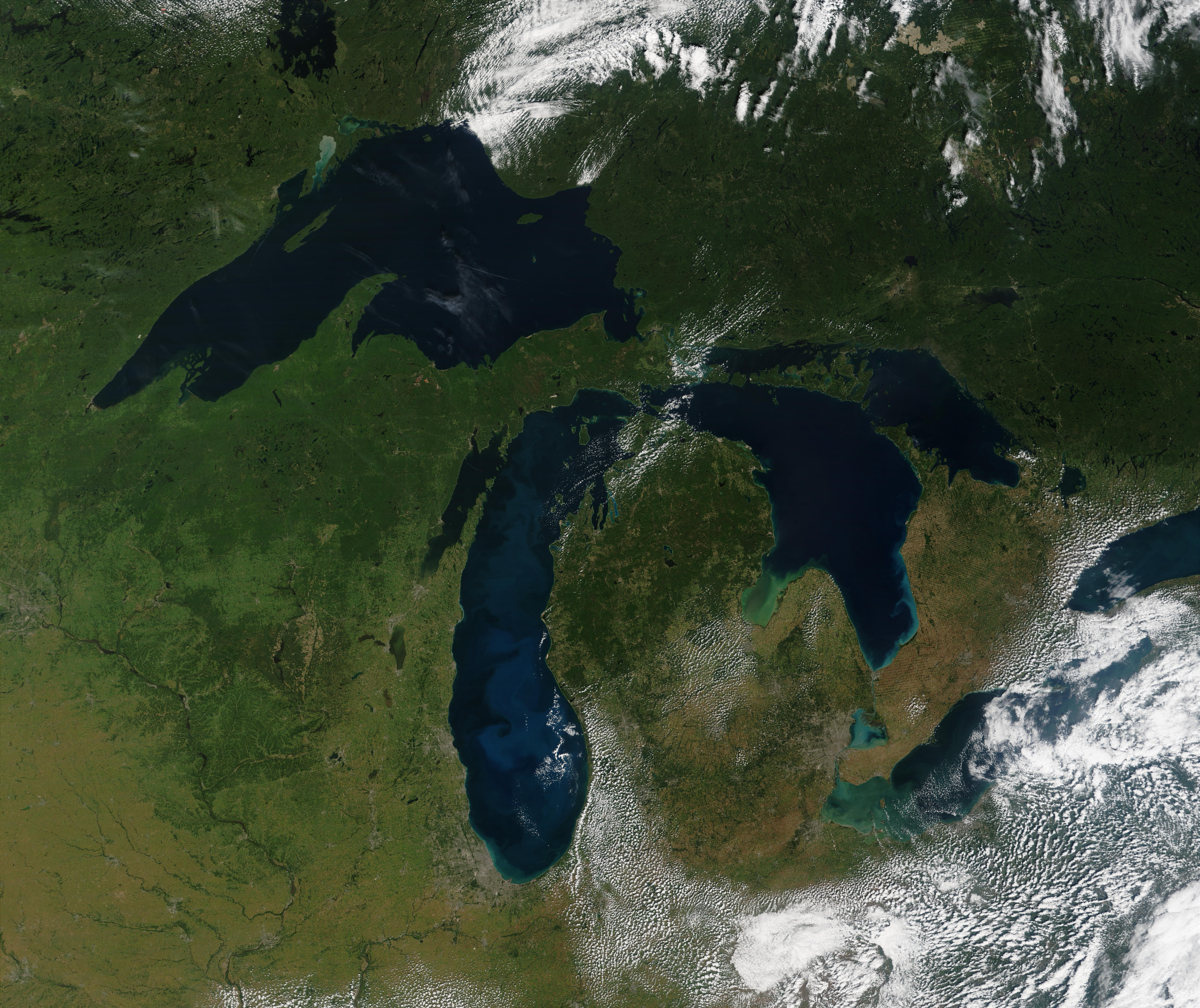 The North American Great Lakes are featured in this true-color Moderate Resolution Imaging Spectroradiometer (MODIS) image from September 16, 2002. Bridging the boundary between Canada (top) and the United States (bottom)m these large freshwater lakes took on their current size and shape during the final advance-retreat cycle of the Pleistocene ice age. What the advancing glaciers carved out, melting glaciers filled in, leaving (left to right) Lake Superior, Michigan, Huron, Erie (partially cloud covered, and Ontario.

Several large cities can be seen in the image, including Minneapolis-St. Paul at left center edge, Chicago at the southern tip of Lake Michigan, and Detroit between Erie and Huron. Flowing past Minneapolis and toward the bottom of the image is the Mississippi River.