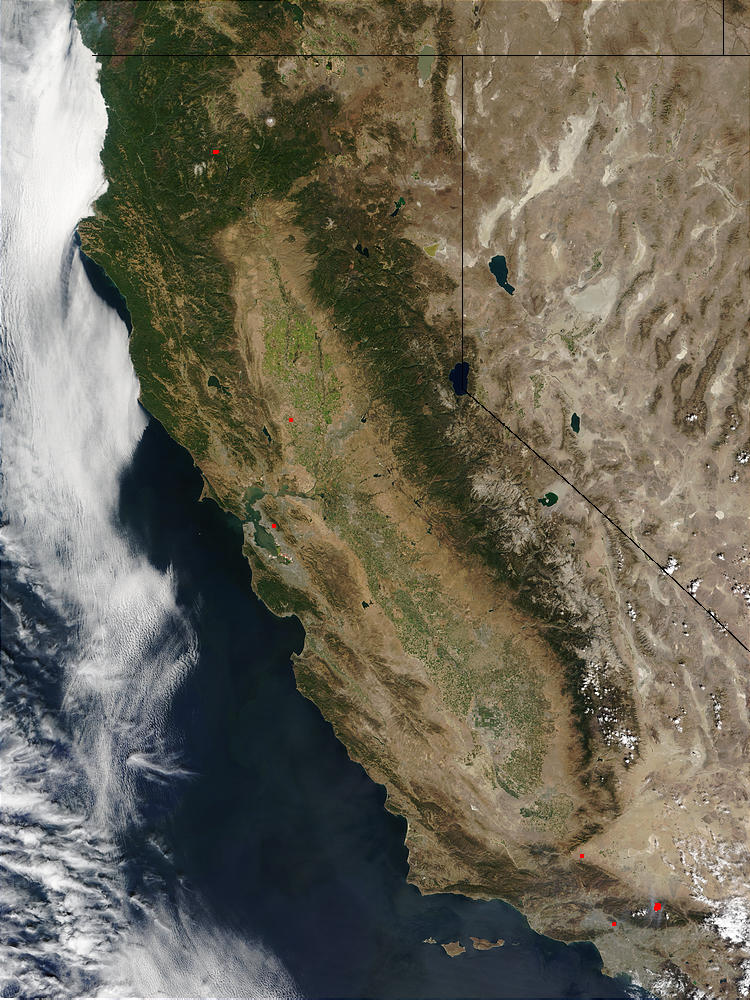 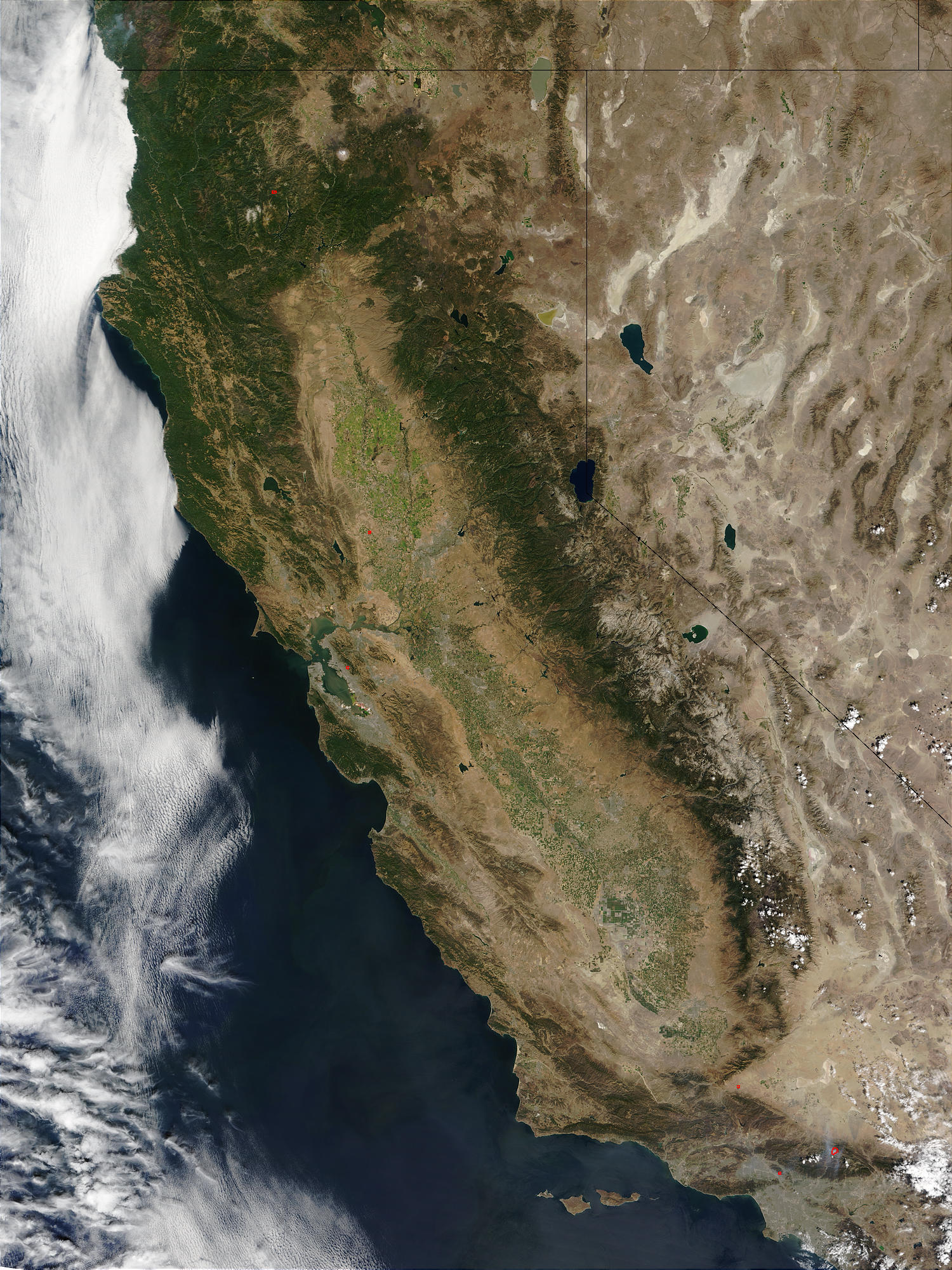 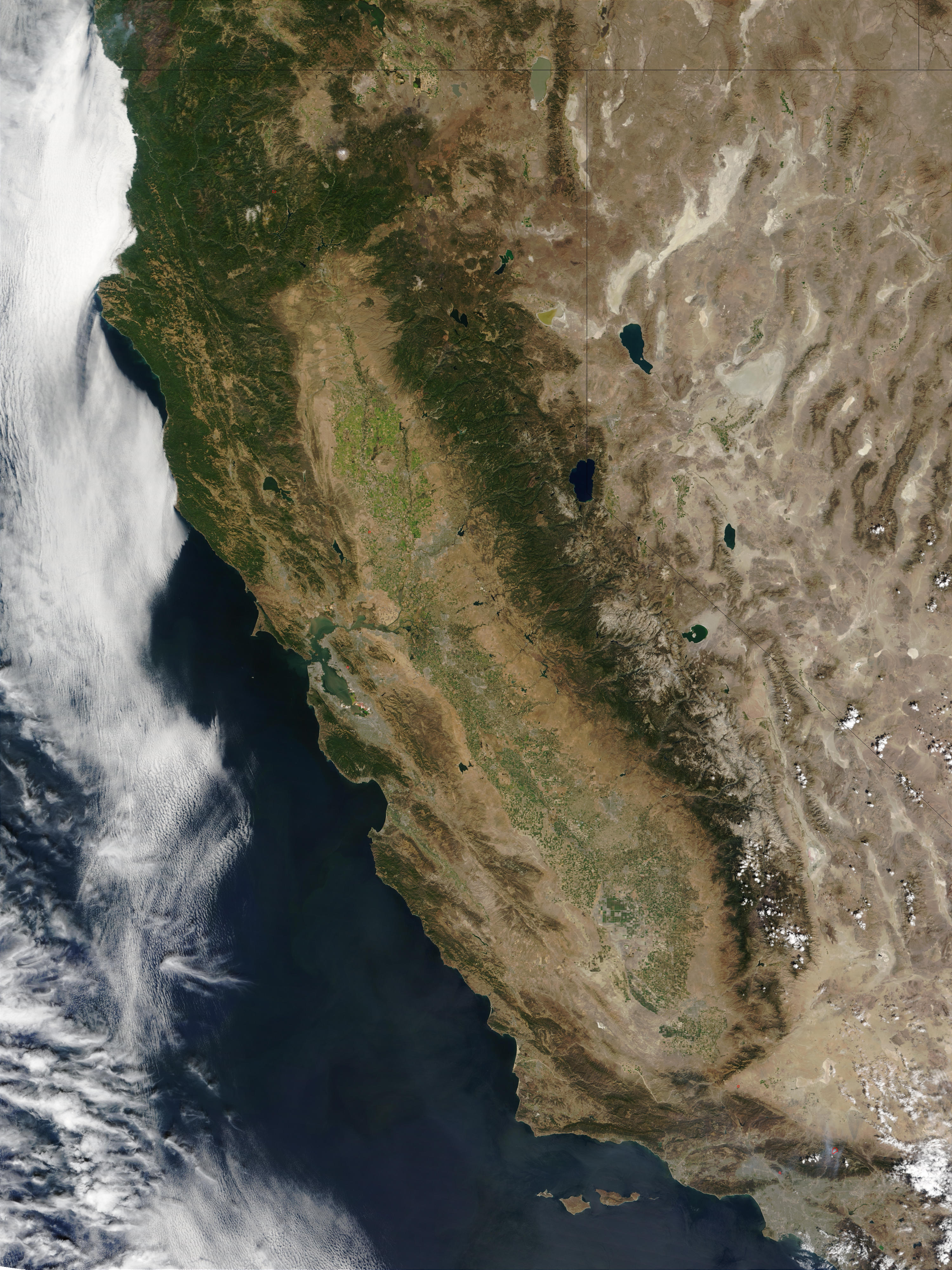 Clear skies over the Golden State allowed the Moderate Resolution Imaging Spectroradiometer (MODIS) on the Terra satellite to capture these images in mid-September 2002. California’s significant landforms are readily picked out: the fertile agricultural valley in the central part of the state, called the Sacramento Valley in the north, and San Joaquin in the south; San Francisco Bay about halfway down the Pacific coastline; lake Tahoe at the sharp angle in the California-Nevada border; the Sierra Nevada Mountains lining the eastern part of the state; the Mojave Desert, pointing like a pale triangle toward the waters of the Pacific; and the Los Angeles metropolitan area at the bottom, making a large, cement-colored patch along the coast. A few fires were detected by MODIS and are marked with red dots.