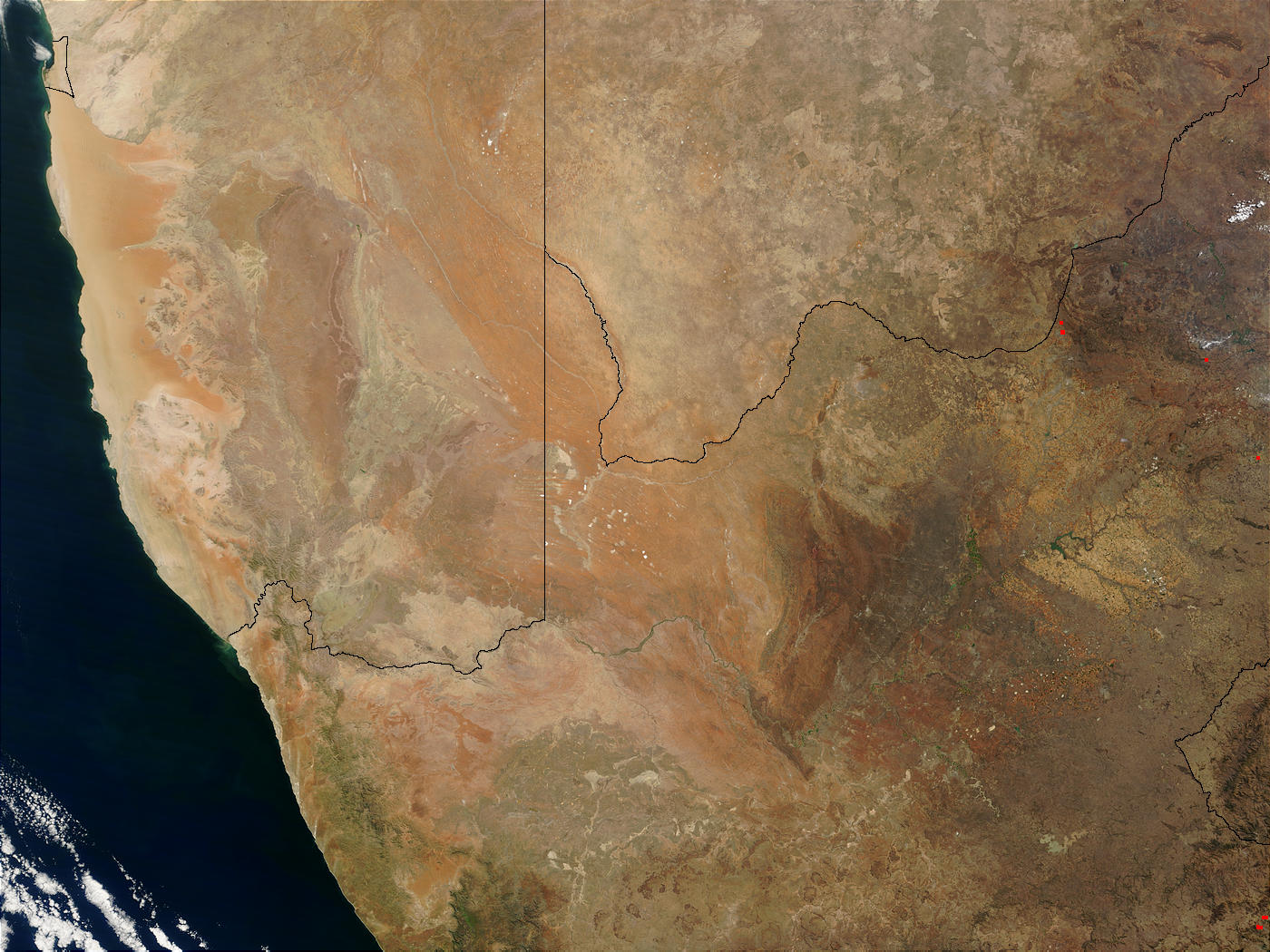 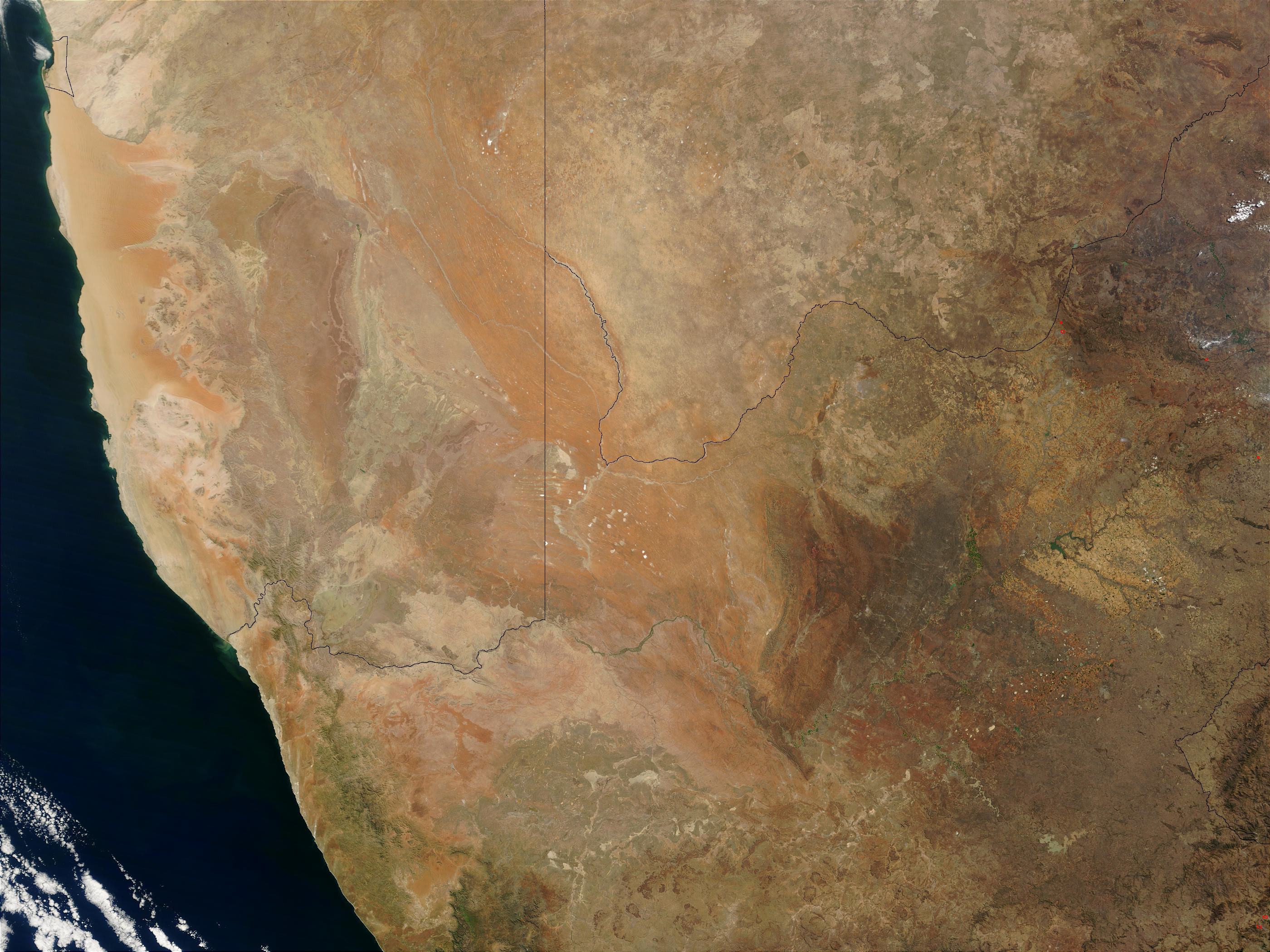 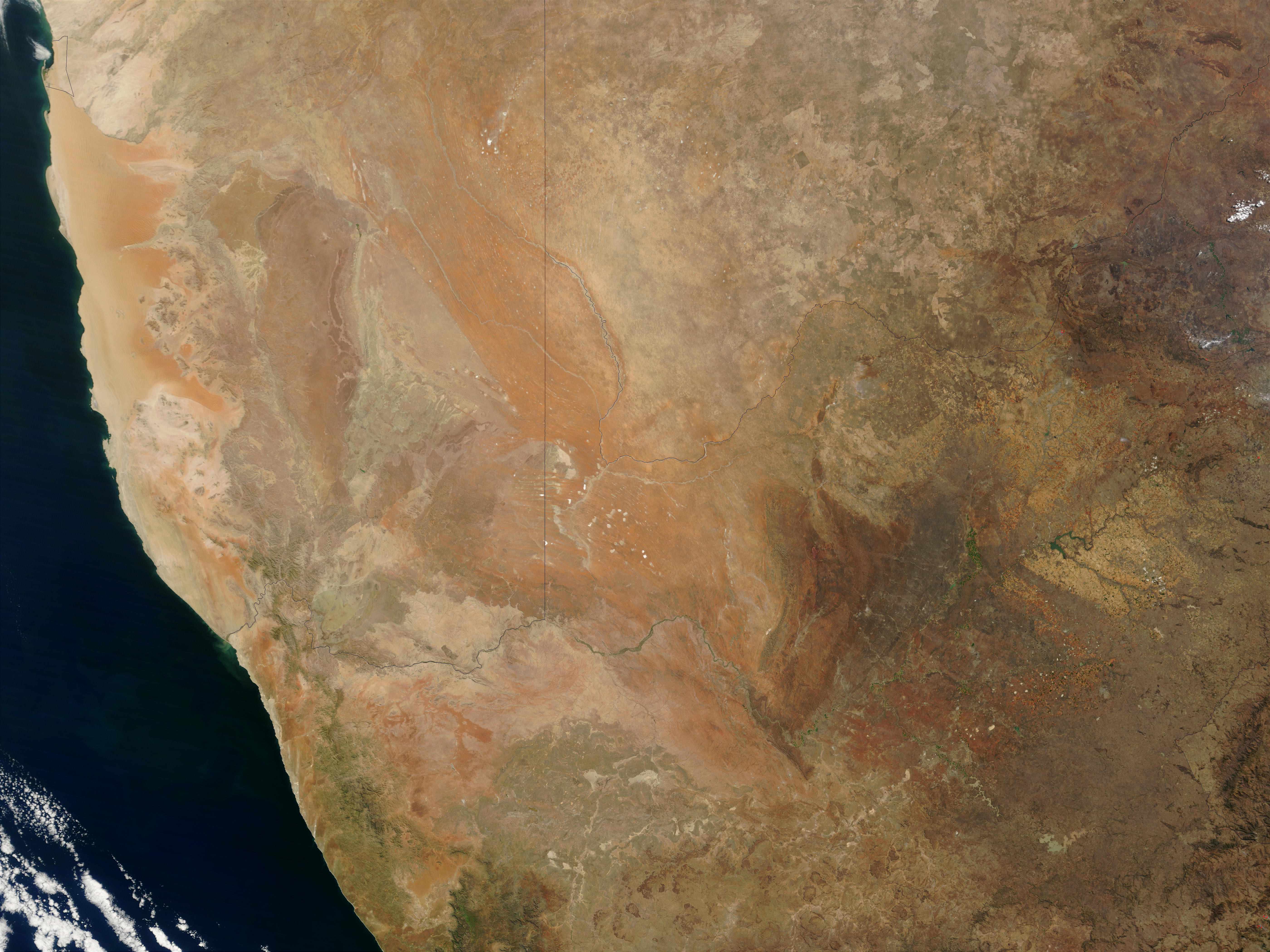 Soft orange and green, southern Africa stretches out under clear skies in this true-color Moderate Resolution Imaging Spectroradiometer (MODIS) image from August 31, 2002. At upper left is Namibia, with the soft orange sands of the Namib Desert piled along the coast. Another swash of orange—the Kalahari Desert— reaches across the border of Namibia into Botswana, to the east. At the bottom of the image is the Republic of South Africa. The dark brown and gray terrain in the center of the country is the Asbestos Mountain range. The Orange River cuts a green line south of the mountains, and runs nearly the length of the country, becoming part of the South Africa-Namibia border. A few fires (red dots) were detected by MODIS in this image as well.