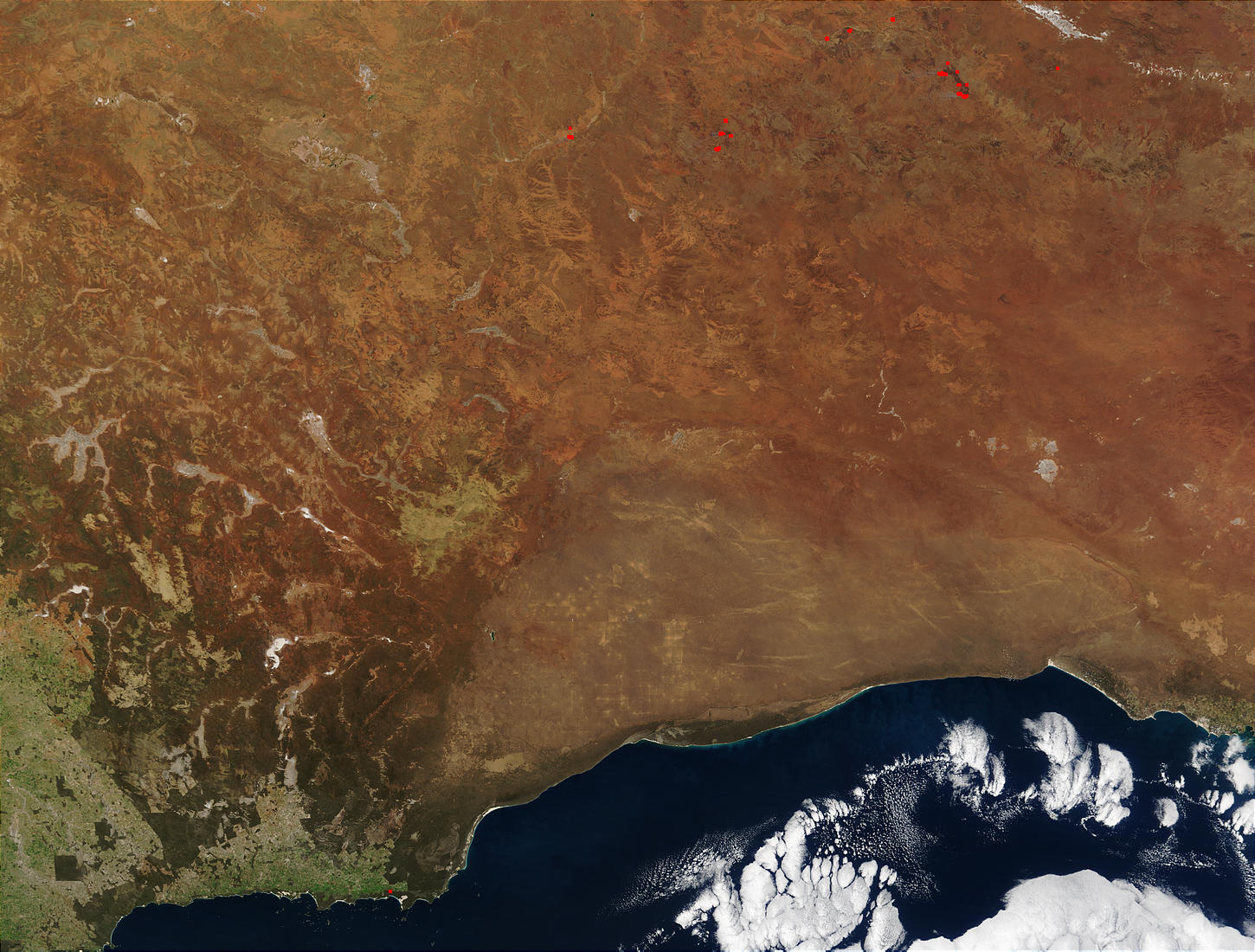 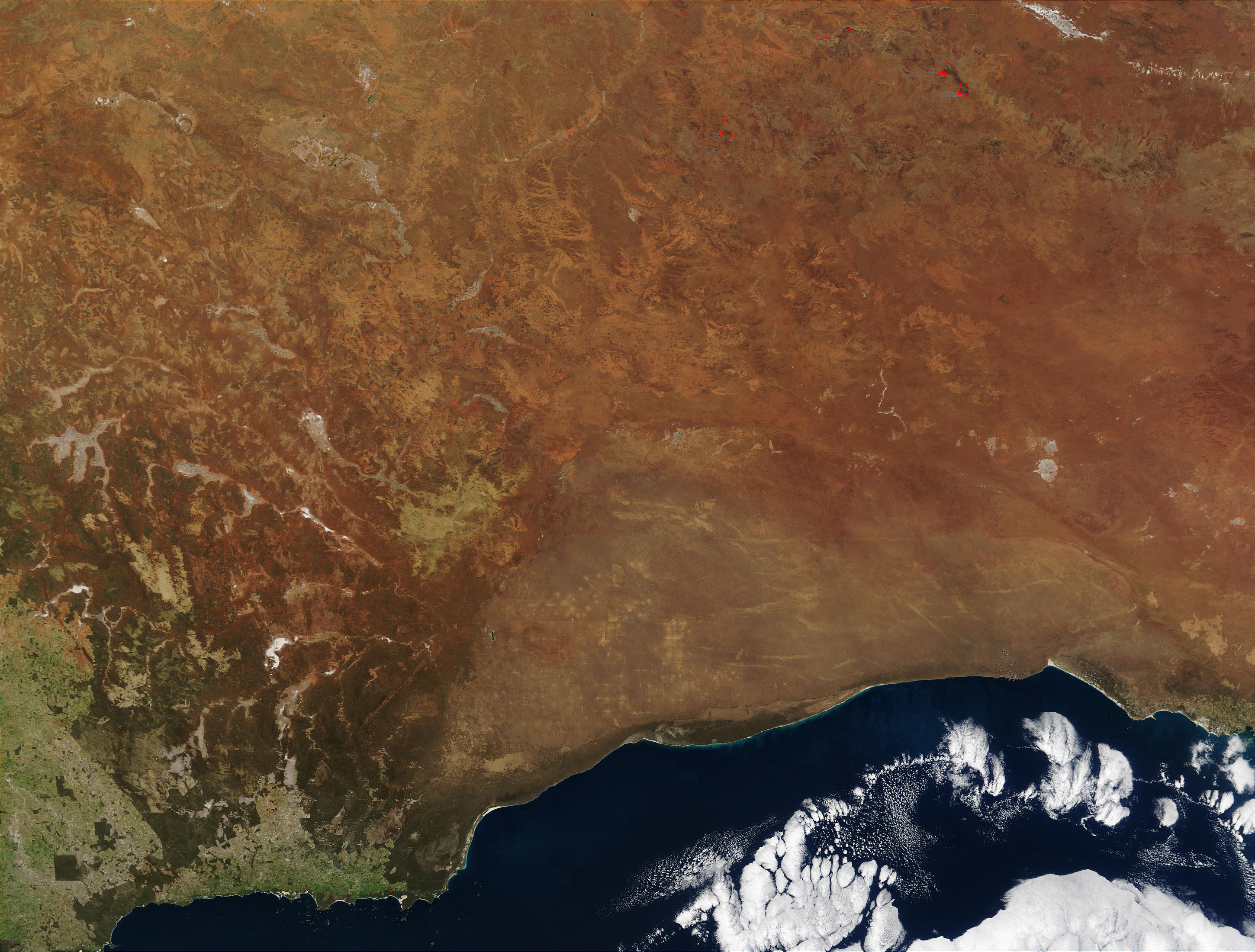 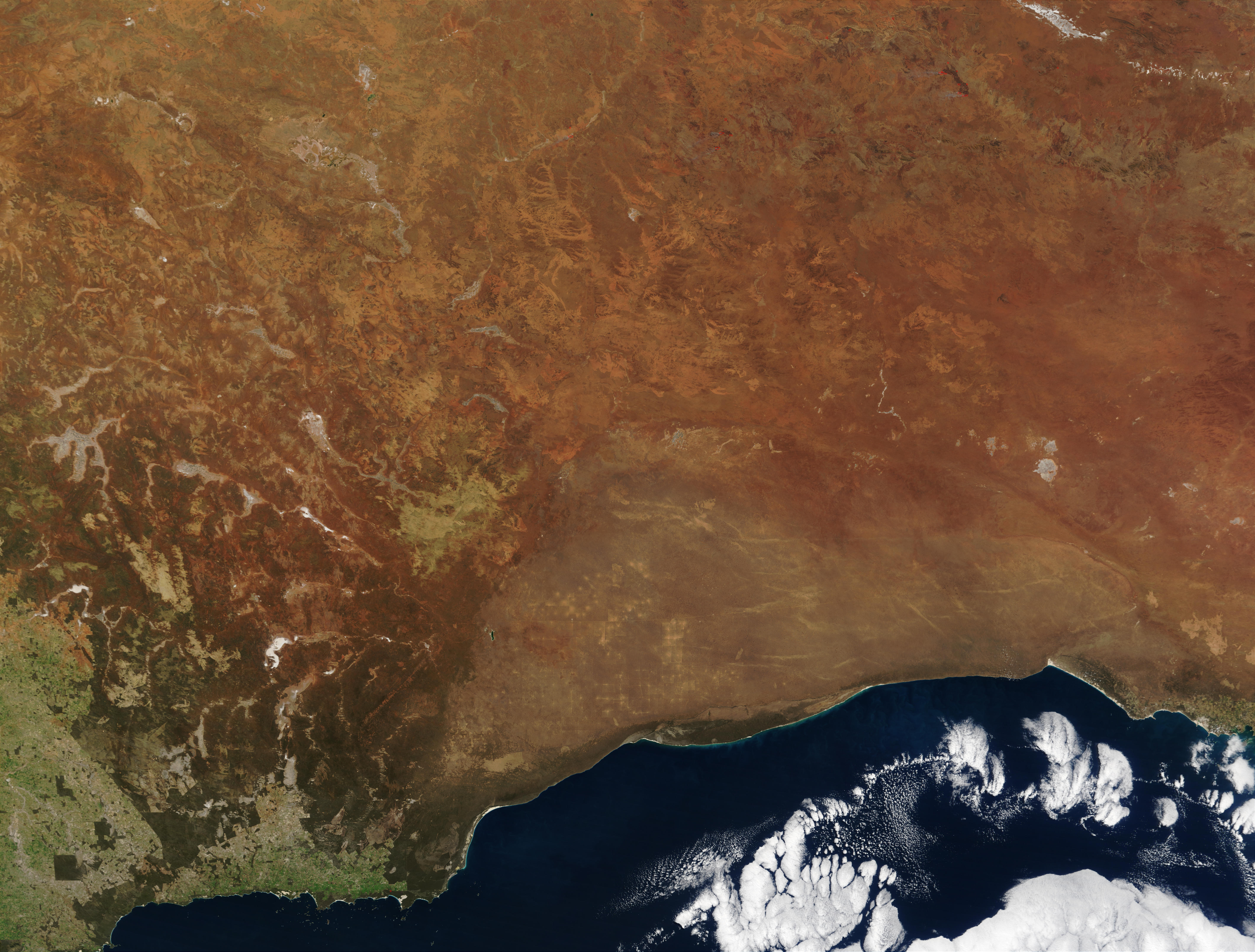 The striking orange-red colored southern Australian coast contrasts against the deep sapphire-blue waters of the Southern Ocean in this true-color Moderate Resolution Imaging Spectroradiometer (MODIS) image acquired by the Terra satellite on August 19, 2002. In the northern portion of the image, a handful of fires (marked in red) were detected burning in the Great Victoria Desert by the MODIS instrument. South of the desert is the lighter-orange Nullarbor Plain, which stretches for over 1000 kilometers (about 600 miles) from end to end. Finally, just off the coast in the Southern Ocean is the Great Australian Bight, home to Australian Sea Lions, Southern Right Whales, and various fish species.