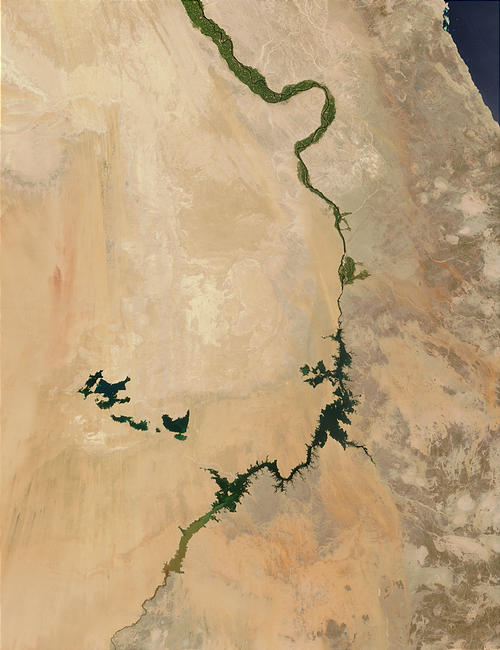 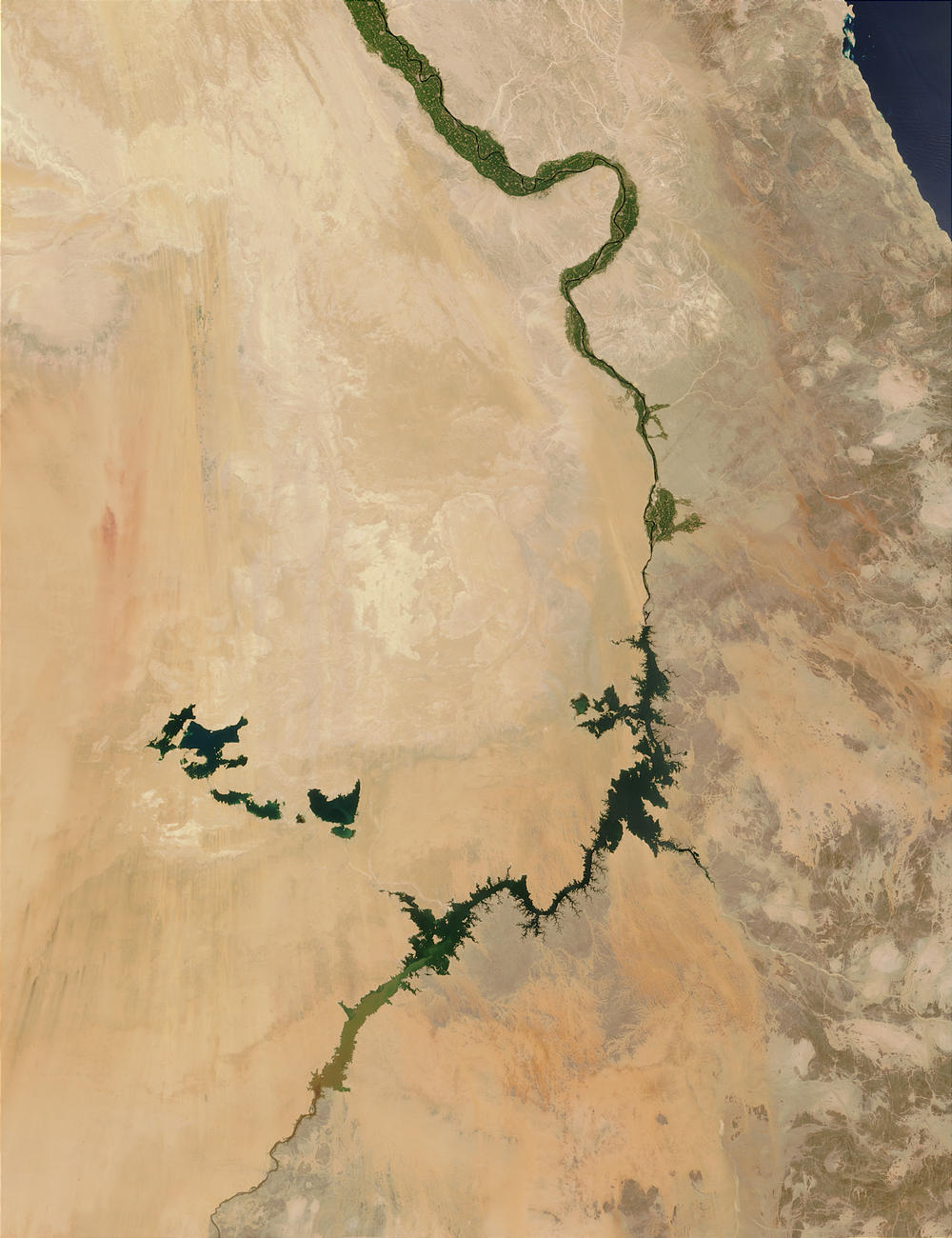 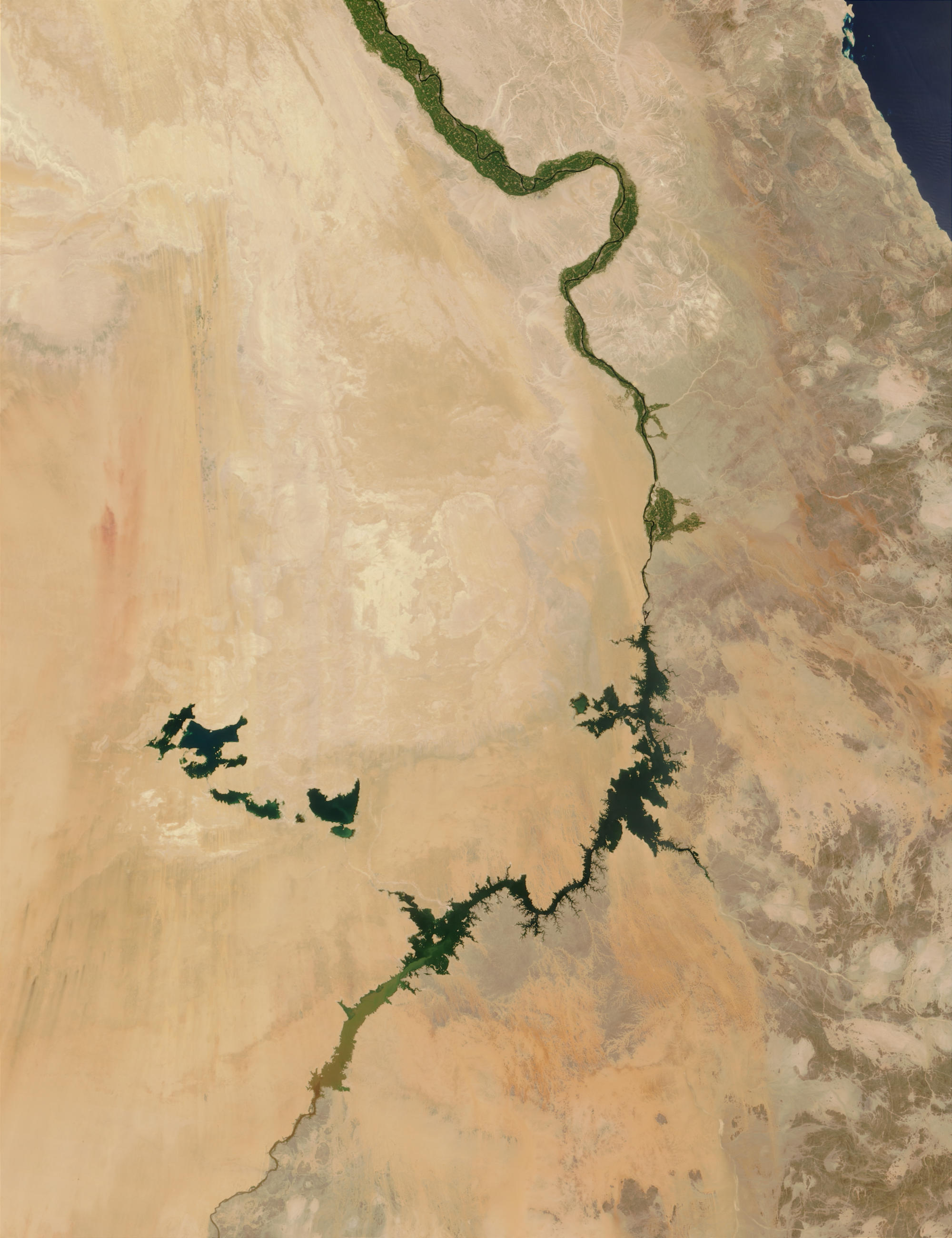 This true-color Moderate Resolution Imaging Spectroradiometer (MODIS) image shows the Nile River in Egypt and northern Sudan on August 15, 2002. Vegetation along the banks stands out greenly against the pale sands of the eastern reaches of the Sahara Desert. Beginning in 1998, unusually heavy rains caused water to back up behind the Aswan Dam and increased the volume in the lakes that have formed when the Dam was created. Eventually the lakes became so full that they overflowed into desert areas to the west of the river and created four additional lakes. Scientists are watching the lakes to see how long they will persist.