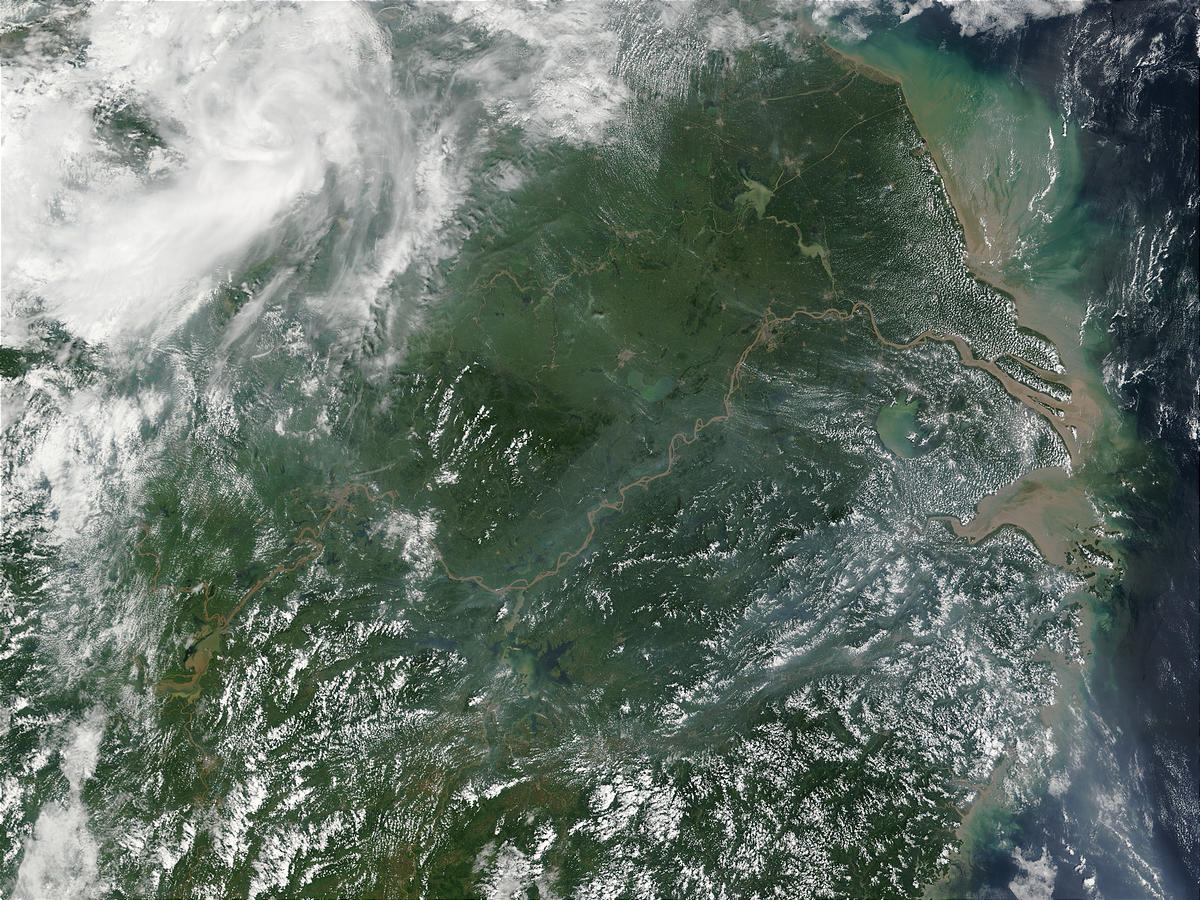 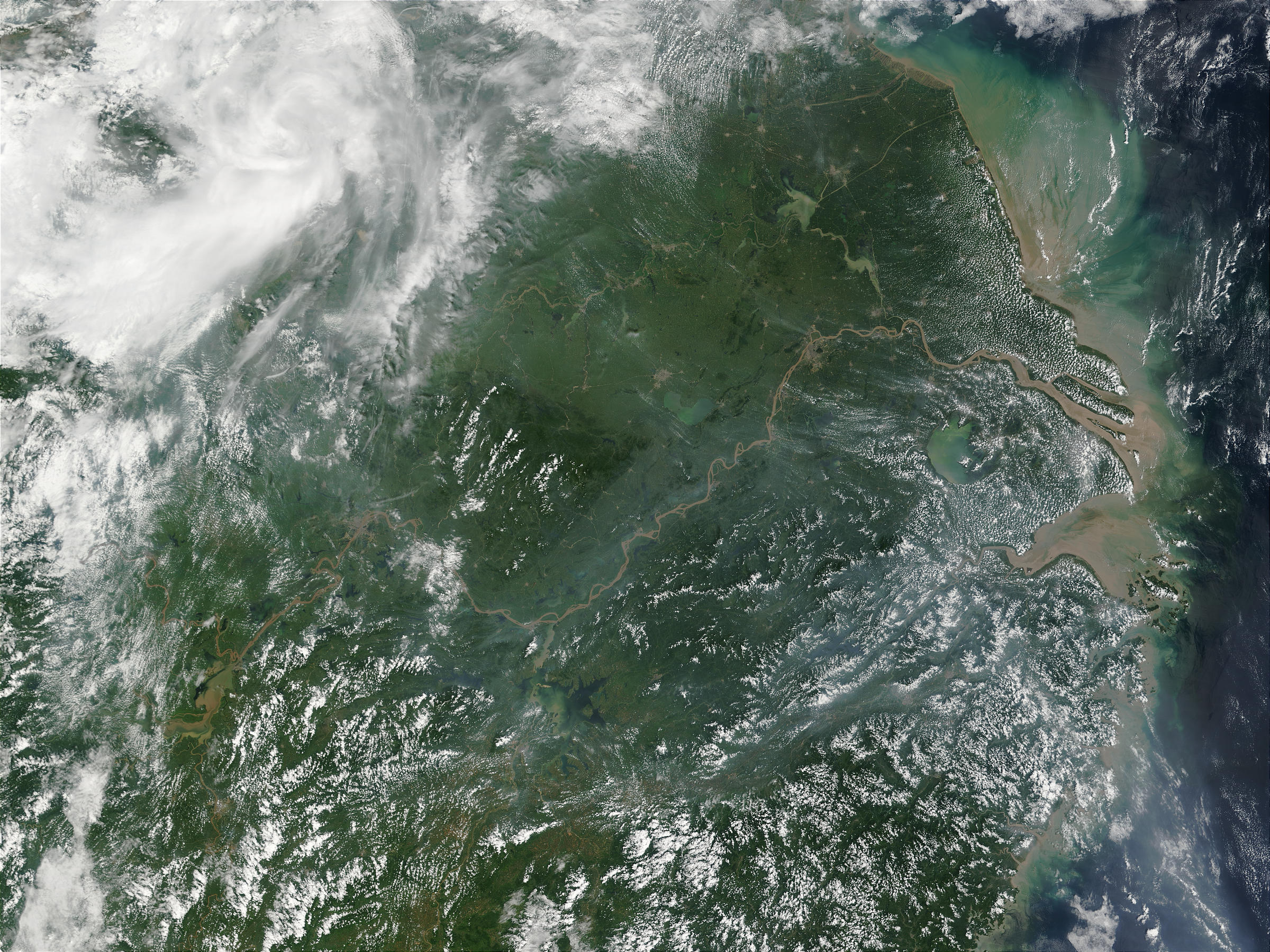 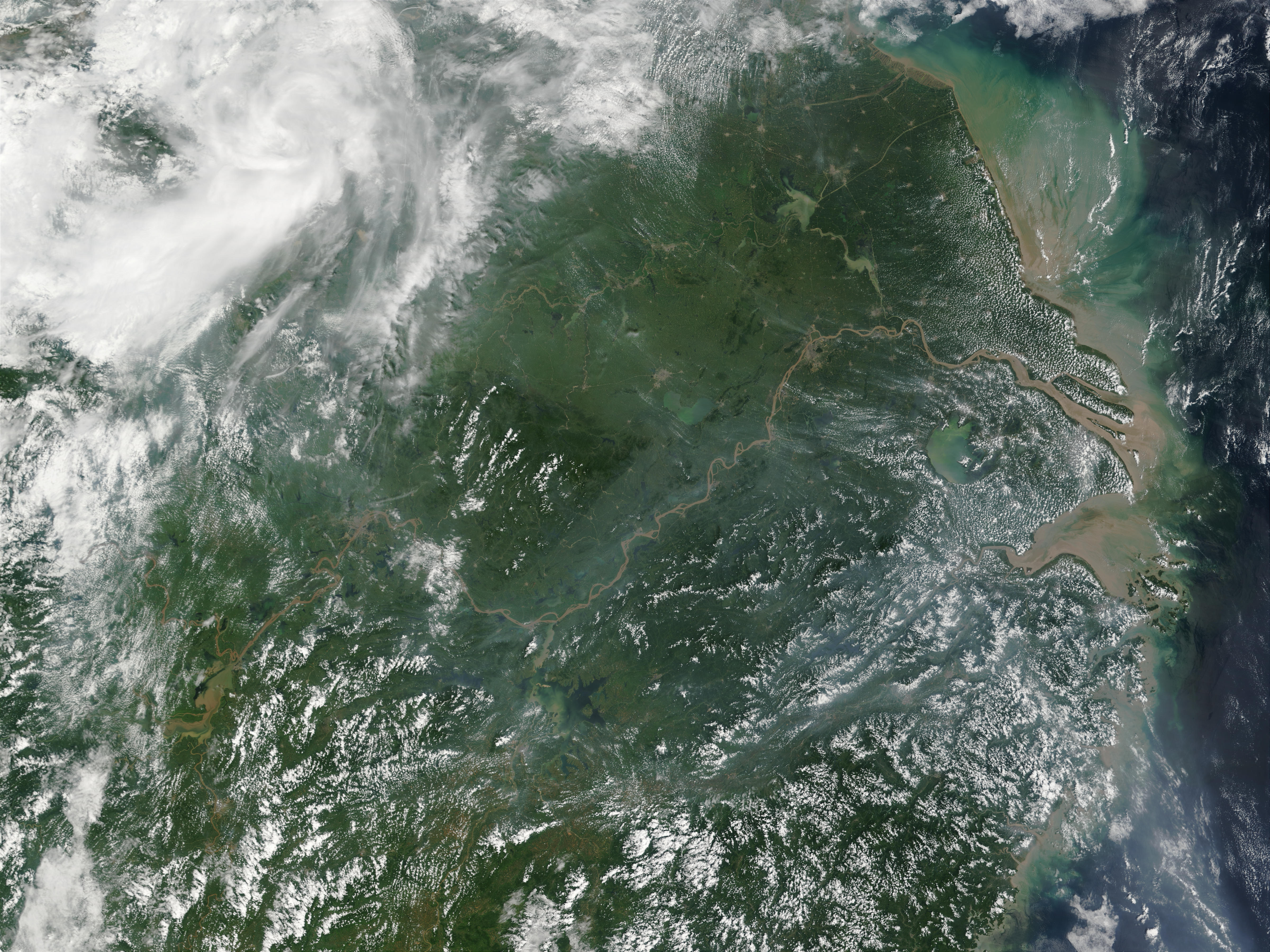 Floods along the Yangtze River, China

During the summer of 2002, frequent, heavy rains have given rise to floods and landslides throughout China that have killed over 1,000 people and affected millions. These true- and false-color images of the western Yangtze River and Dongting Lake in central China were acquired In July and August 2002, by the Moderate Resolution Imaging Spectroradiometer (MODIS), flying aboard NASA—s Terra spacecraft.

The latest flooding crisis in China centers on Dongting Lake in the lower left of the image. Heavy rains have caused it to swell over its banks and swamp lakefront towns in the province of Hunan. As of August 23, 2002, more than 250,000 people have been evacuated, and over one million people have been brought in to fortify the dikes around the lake. Normally the lake would appear much smaller and more defined in the MODIS image, as it does in the image acquired on July 13, 2002.In the false-color images, vegetation is bright green, water is dark blue or black, and clouds are white or light blue.