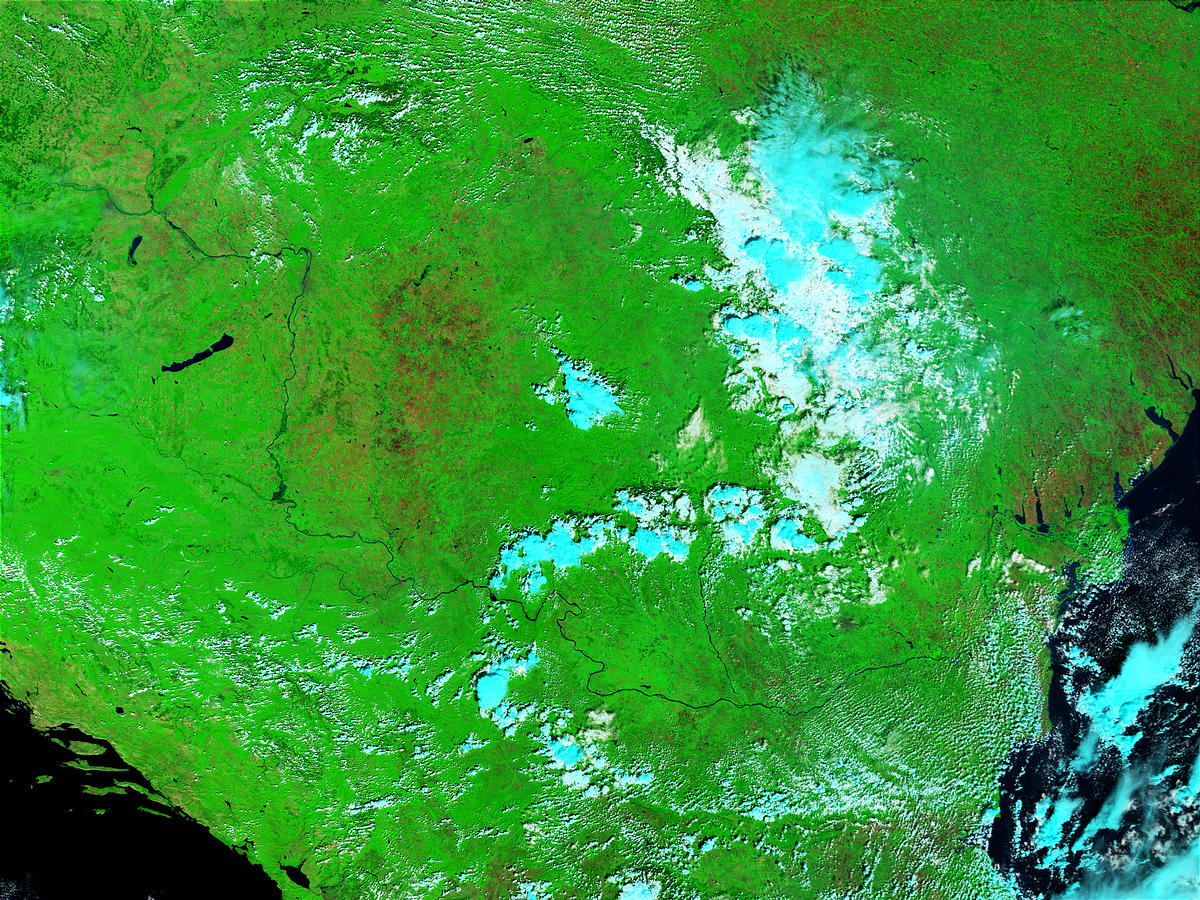 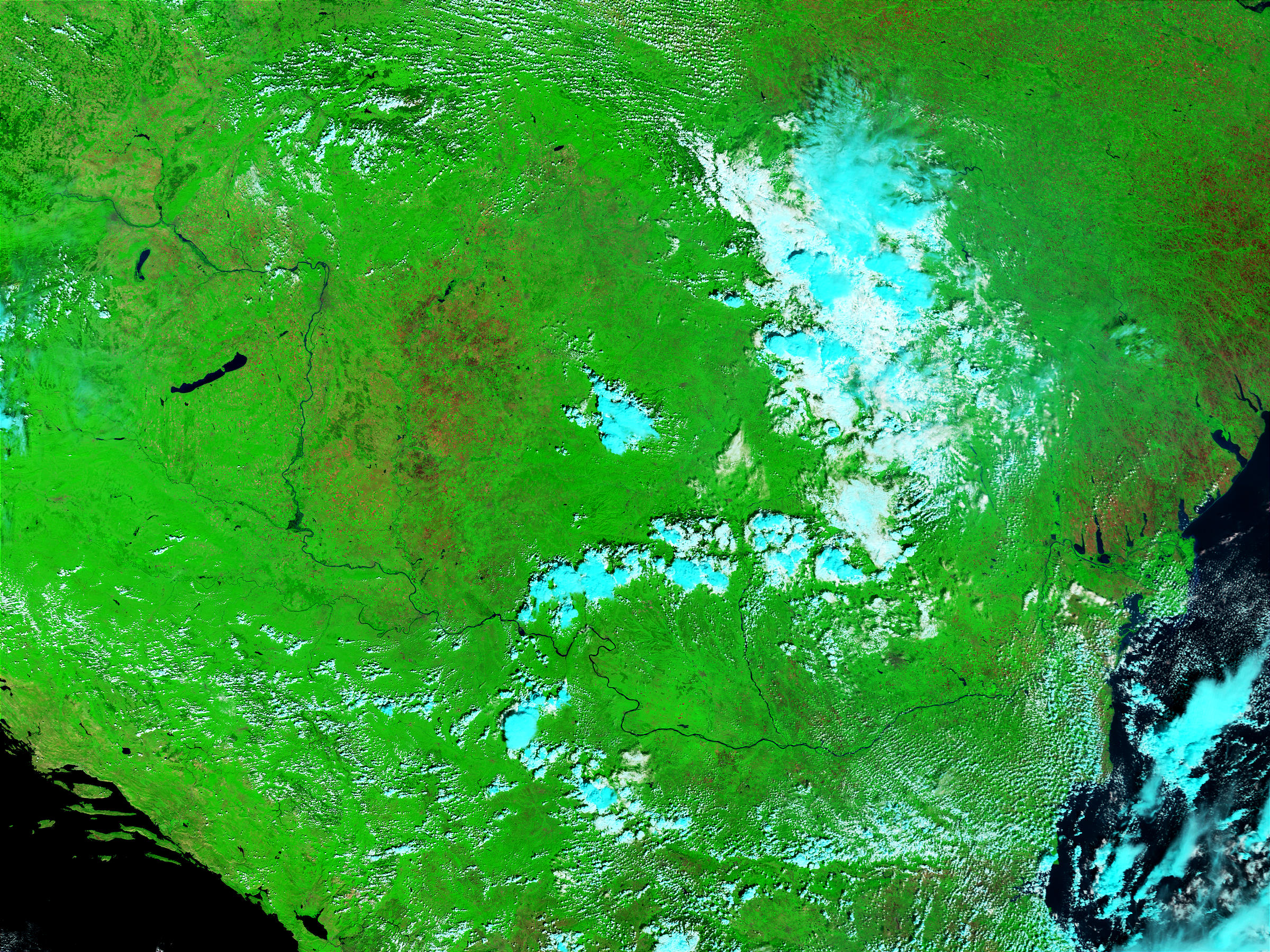 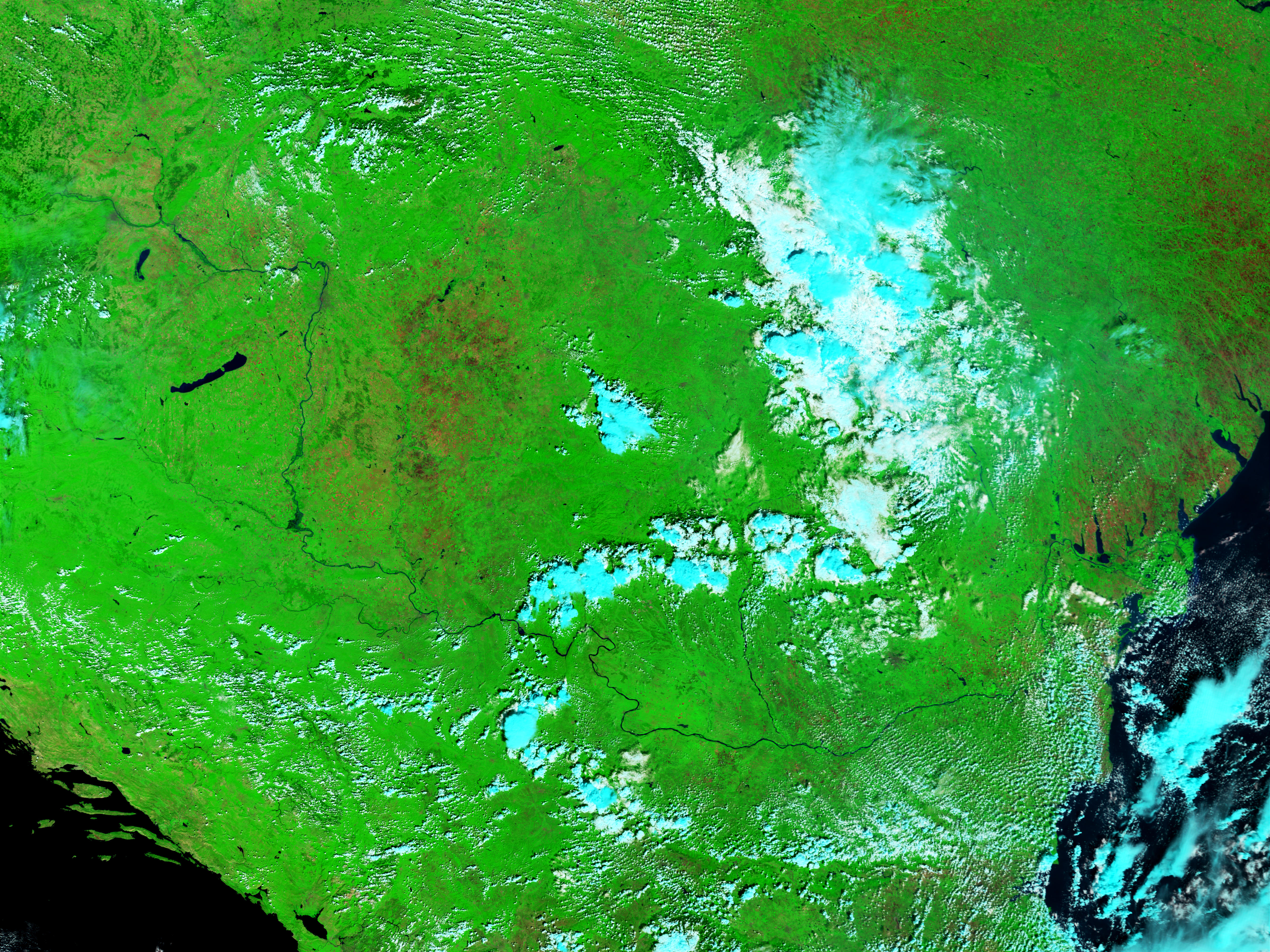 Flooding of the Danube

Heavy rains in Central and Eastern Europe over the past few weeks have led to some of the worst flooding the region has witnessed in over 100 years. The floods have killed over 100 people in Germany, Russia, Austria, Hungary and the Czech Republic and have led to as much as $20 billion in damage. This false-color image of the Danube River and its tributaries was taken on August 18, 2002, by the Moderate Resolution Imaging Spectroradiometer (MODIS), flying aboard NASA’s Terra satellite.

In northern Austria, at the upper left, thousands of people were evacuated from the provinces of Upper and Lower Austria along the Danube and its tributaries. In The Bratislava, Slovakia, just east of Austria, the water levels reached their highest levels in fifty years and closed some of Austrian-Slovakian border crossings. Farther south and east in Budapest, the water reached levels not seen since 1965. Fortunately, the riverbanks are lined with 33-foot retainer walls through most of Budapest, so the city did not face the same fate as Dresden or Prague along the Elbe River. As last reported, the water was receding along the Danube.

In this false-color image, vegetation is bright green and water is dark blue or black. Clouds are white or light blue.