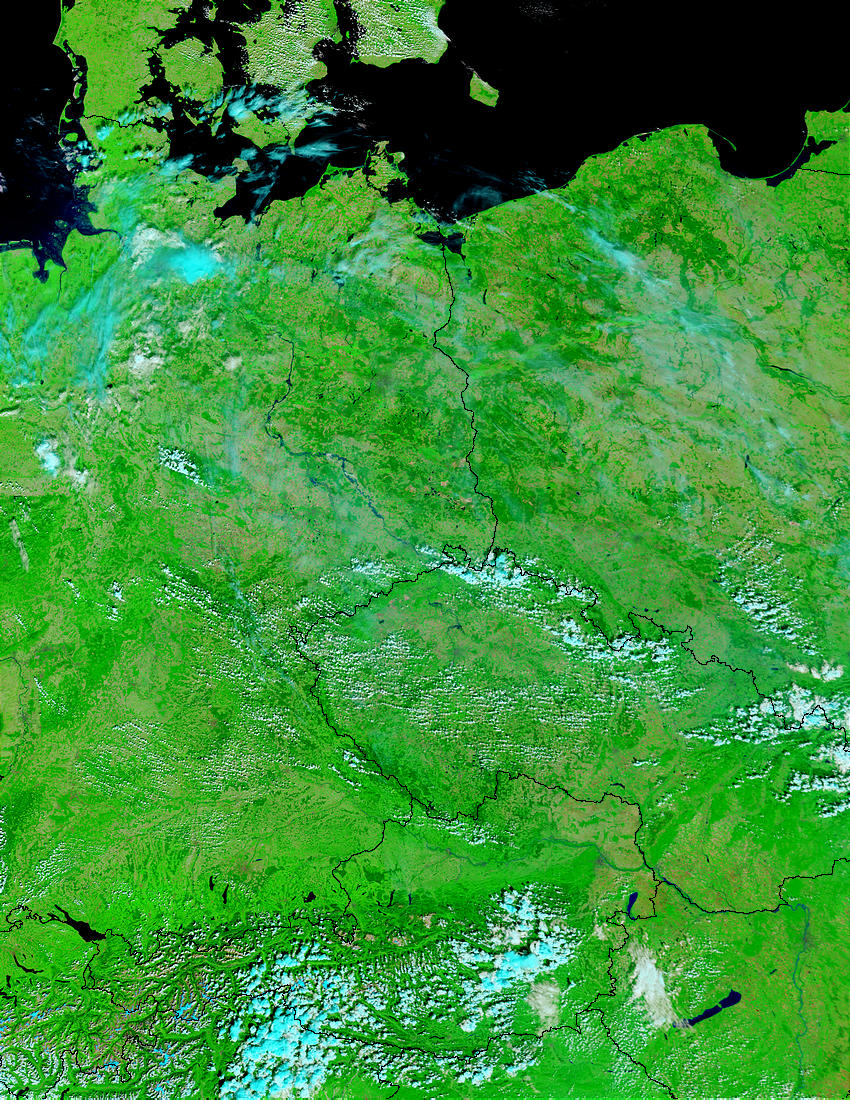 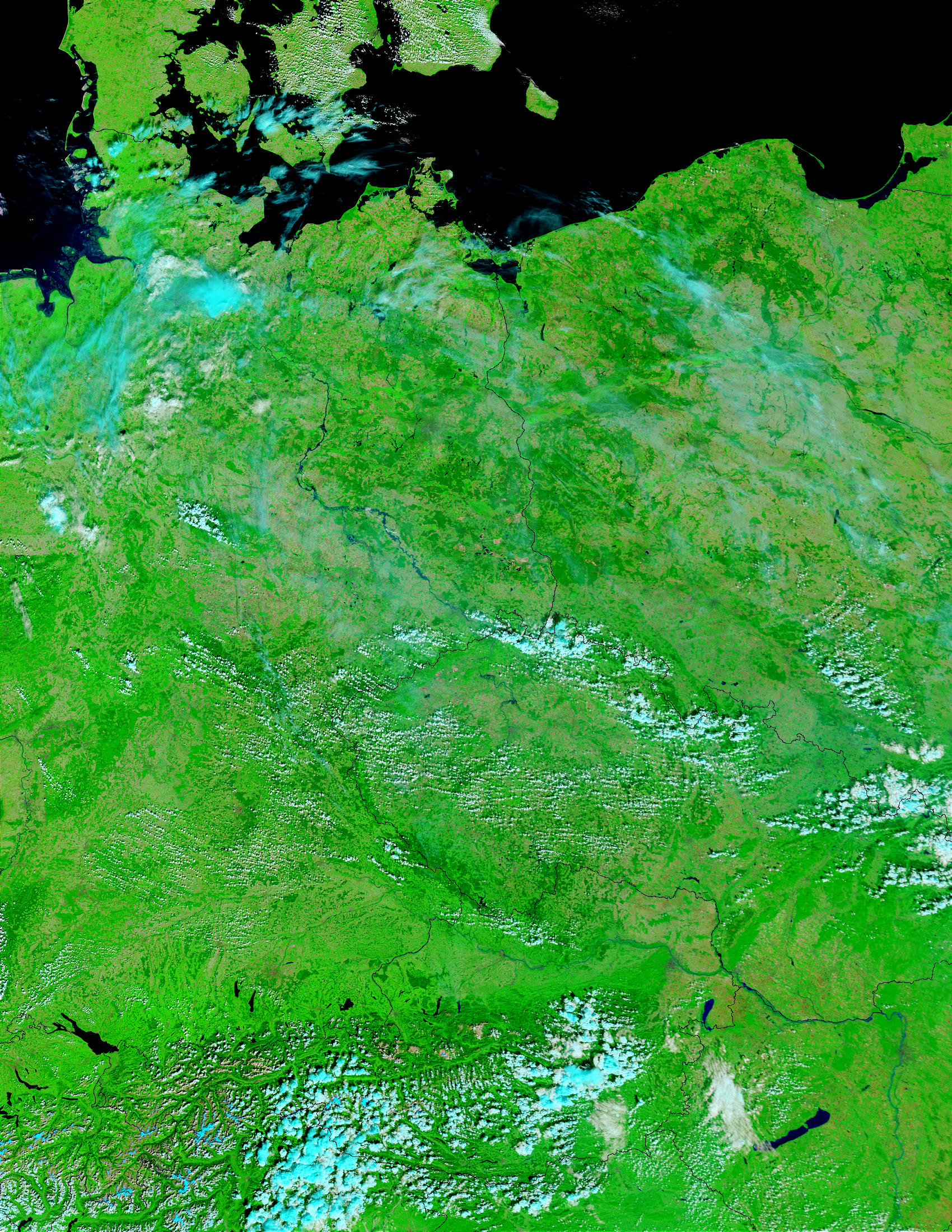 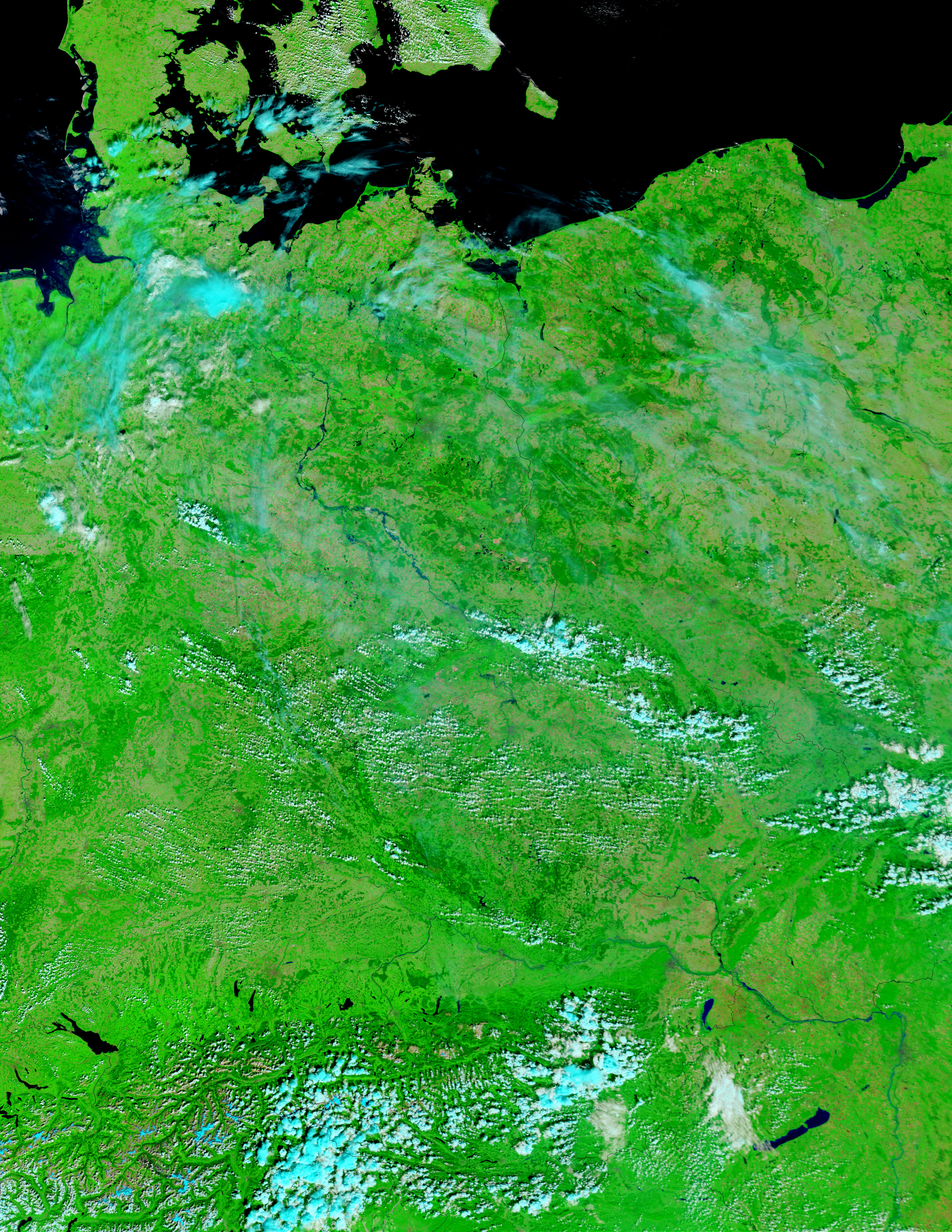 Flooding of the Elbe and the Danube in Central Europe

Heavy rains in Central Europe over the past few weeks have led to some of the worst flooding the region has seen in over 100 years. The floods have killed over 100 people in Germany, Russia, Austria, Hungary and the Czech Republic and have led to as much as $20 billion in damage. This false-color image of the Elbe River and its tributaries was taken on August 18, 2002, by the Moderate Resolution Imaging Spectroradiometer (MODIS), flying aboard the Terra satellite.

In Dresden, Germany, portions of the Elbe River (blue line running from roughly the center of the image northwest toward the North Sea) rose from the usual summer high of 6 feet (1.8 meters) to over 30 feet (9.1 meters). The water, which reached levels not seen since 1845, seeped into the historic buildings and threatened precious works of art. City officials estimate that the damage to Dresden would probably exceed $100 million. As the floodwaters moved north over the weekend, thousands of people abandoned the cities of Magdeburge and Bitterfeld, Germany, and rescue workers lined exposed riverbanks with sandbags. German meteorologists expect the flooding to subside over the next week as little rain is expected.

In this image, vegetation is green, water is dark blue or black, and clouds are light blue or white.