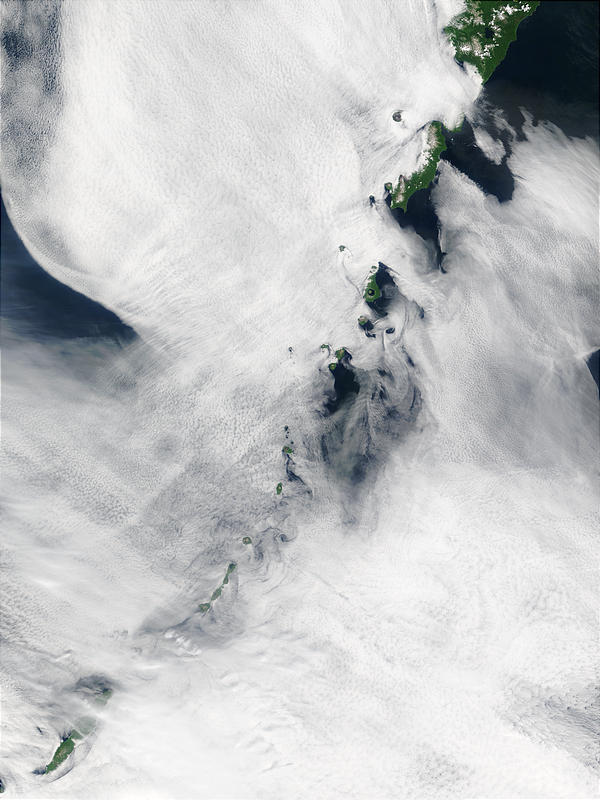 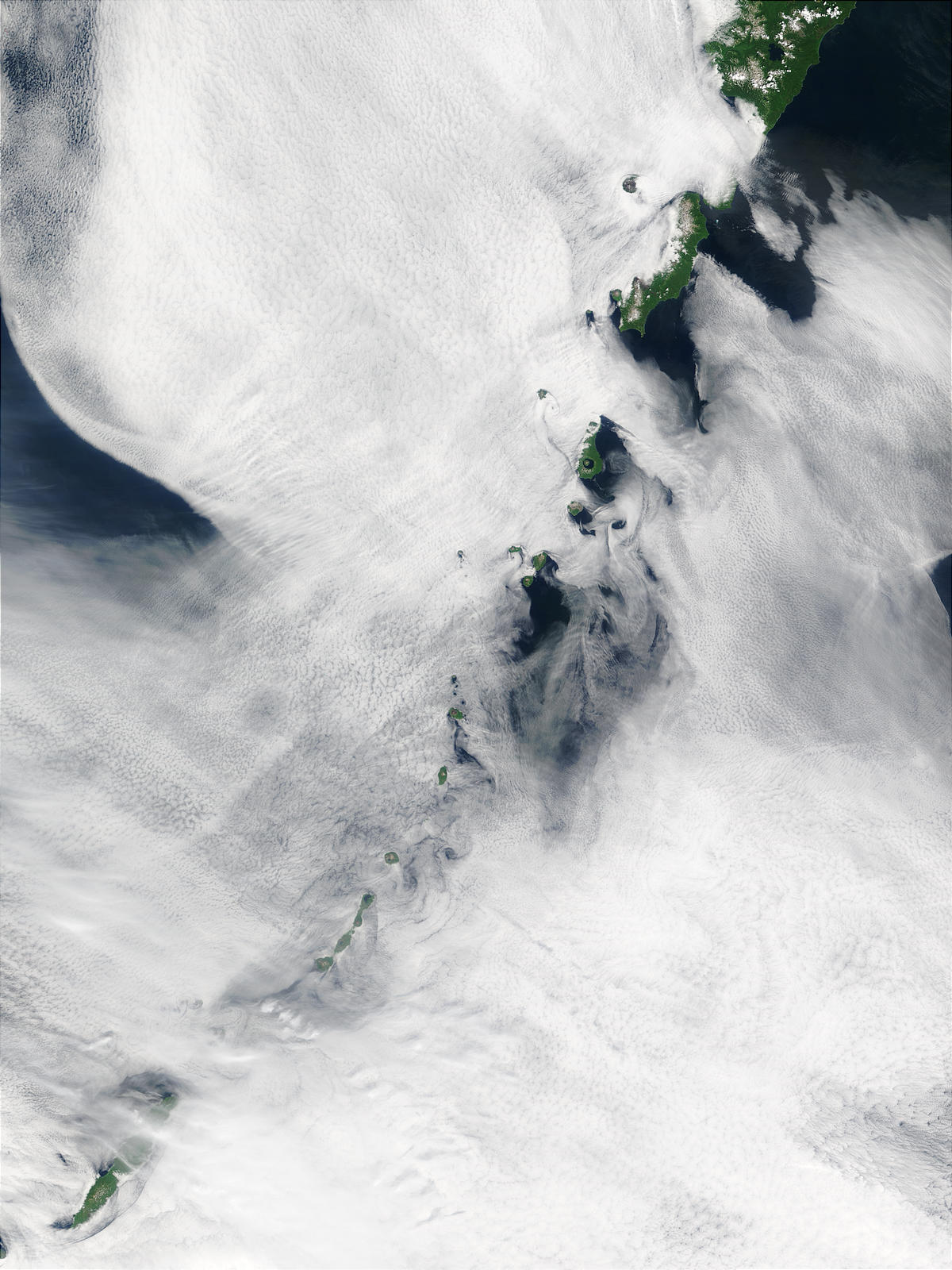 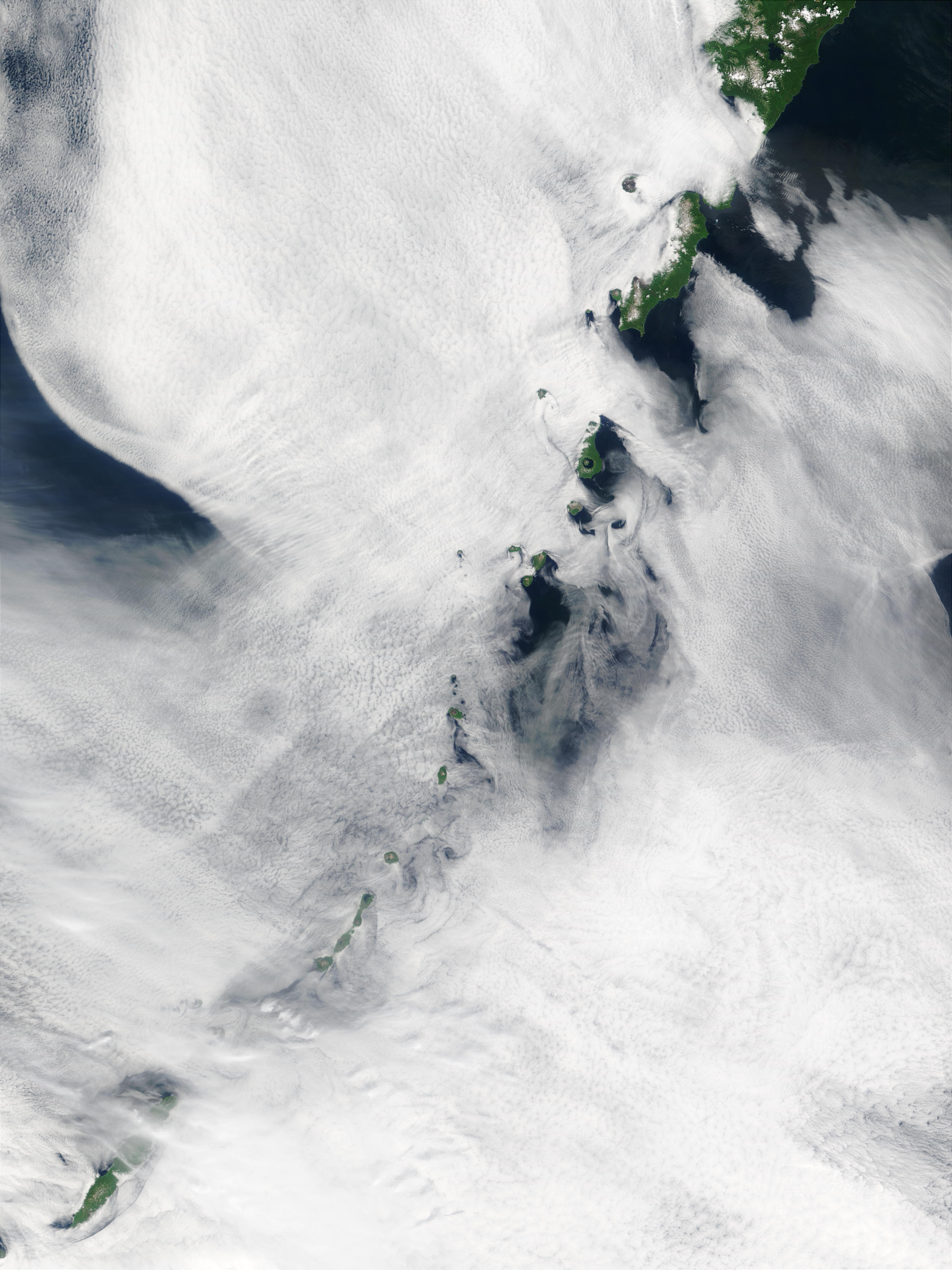 In far northeastern Russia, the Kamchatka Peninsula is nearly blanketed with clouds (top center), with only the only the eastern coastline peeking greenly through. South of the Peninsula, the Kuril Islands are producing swirling "wake effects" in the clouds over the northern Pacific Ocean. This true-color image was captured by the Moderate Resolution Imaging Spectroradiometer (MODIS) on the Terra satellite on July 24, 2002.