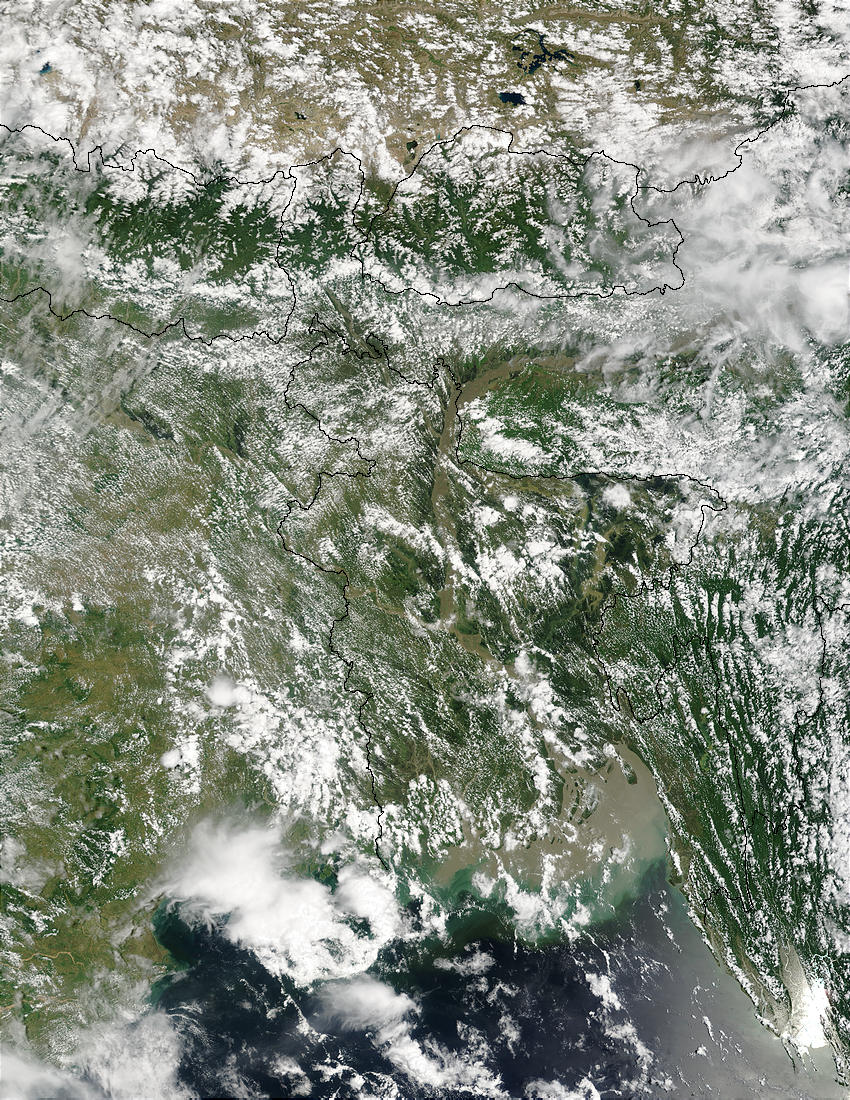 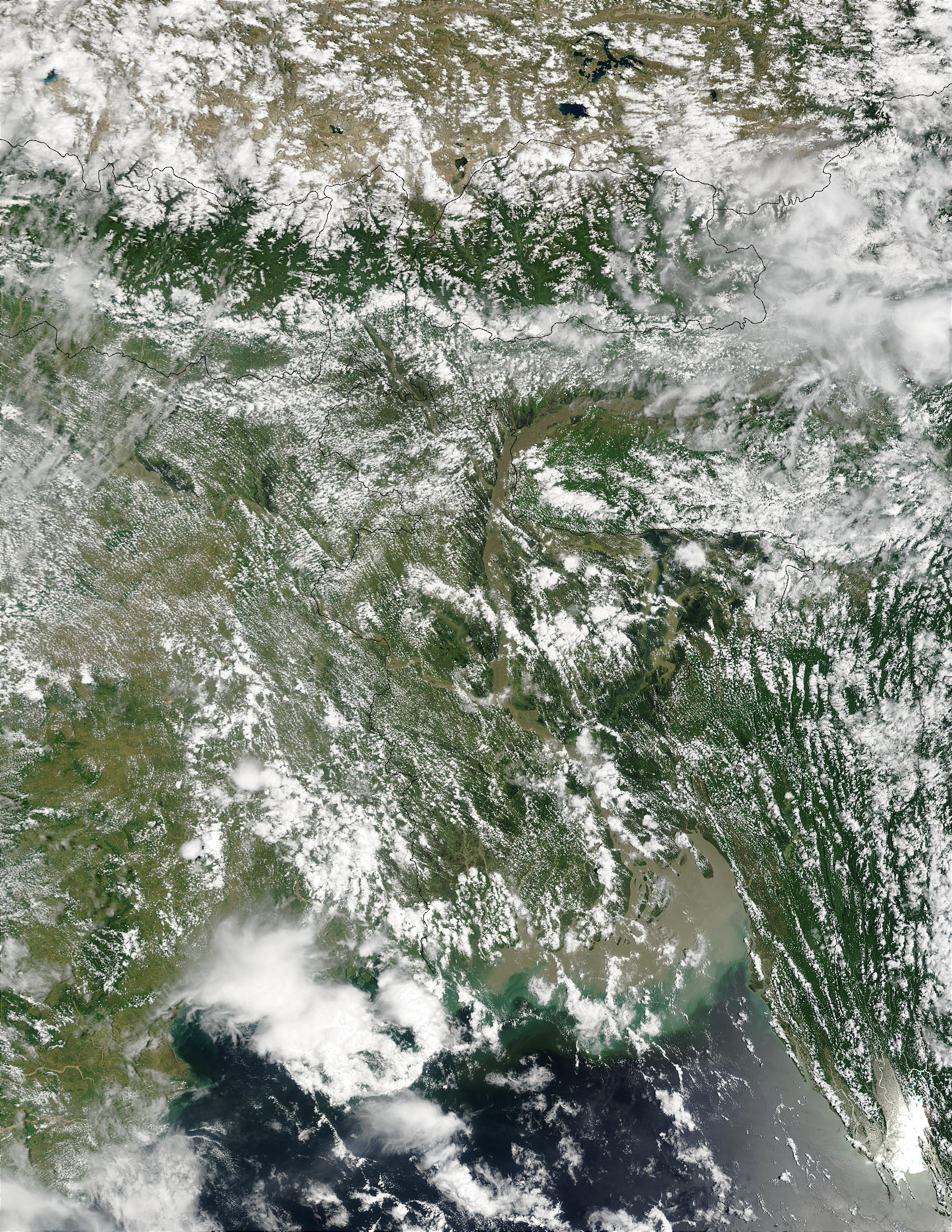 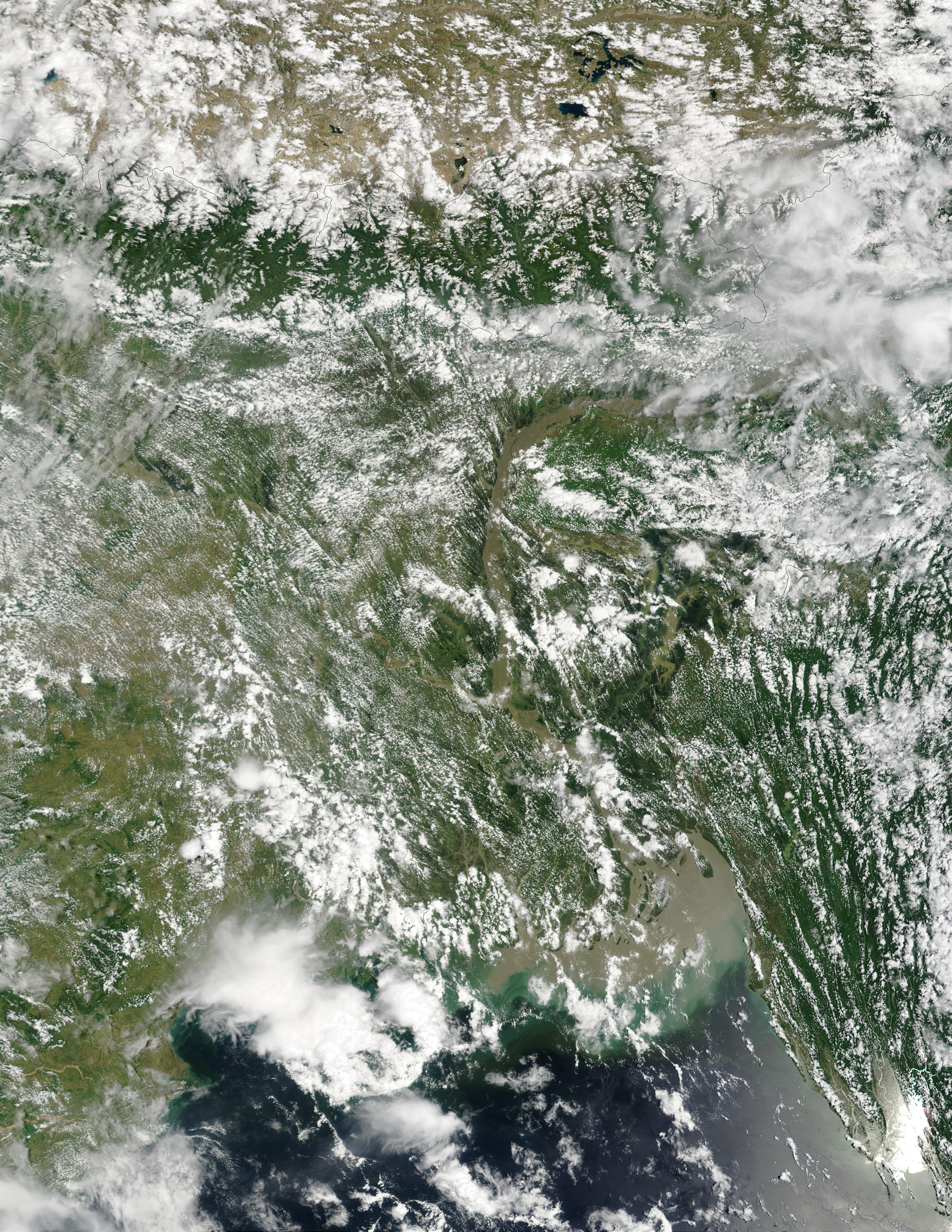 Floods in Bangladesh and Northeast India

For the past month heavy monsoon rains have led to massive flooding in eastern India, Nepal, and Bangladesh, which have killed over 500 people and left millions homeless. This false-color image acquired on August 5, 2002, by the Moderate Resolution Imaging Spectroradiometer (MODIS) aboard NASA’s Terra spacecraft shows the extent of this flooding.

In the upper right-hand corner of the image, the swollen Brahmaputra River runs east to west through the Indian state of Assam. Normally, the river and its tributaries would resemble a tangle of thin lines. Moving to the upper left-hand corner, flooding can be seen along the Ganges River in the state of Bihar, India.

Both of these rivers flow into Bangladesh along with many others from India and Nepal. Heavy monsoon rains from all across the region have inundated the small country with water this year. Floodwaters have all but covered northeastern Bangladesh, which is usually dry. The Jamuna River, which runs down the center of the country off of the Brahmaputra River, now resembles a narrow lake. Millions of dollars in crops have been destroyed and thousands have been left stranded in their villages or on rafts. Forecasters are warning that flooding could get worse.

In the false-color image, land is green, and water is black and dark brown. Clouds appear pink, red and white.