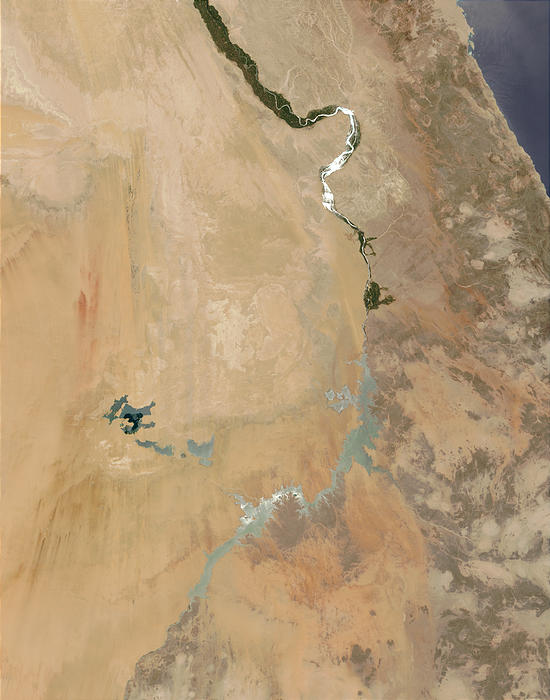 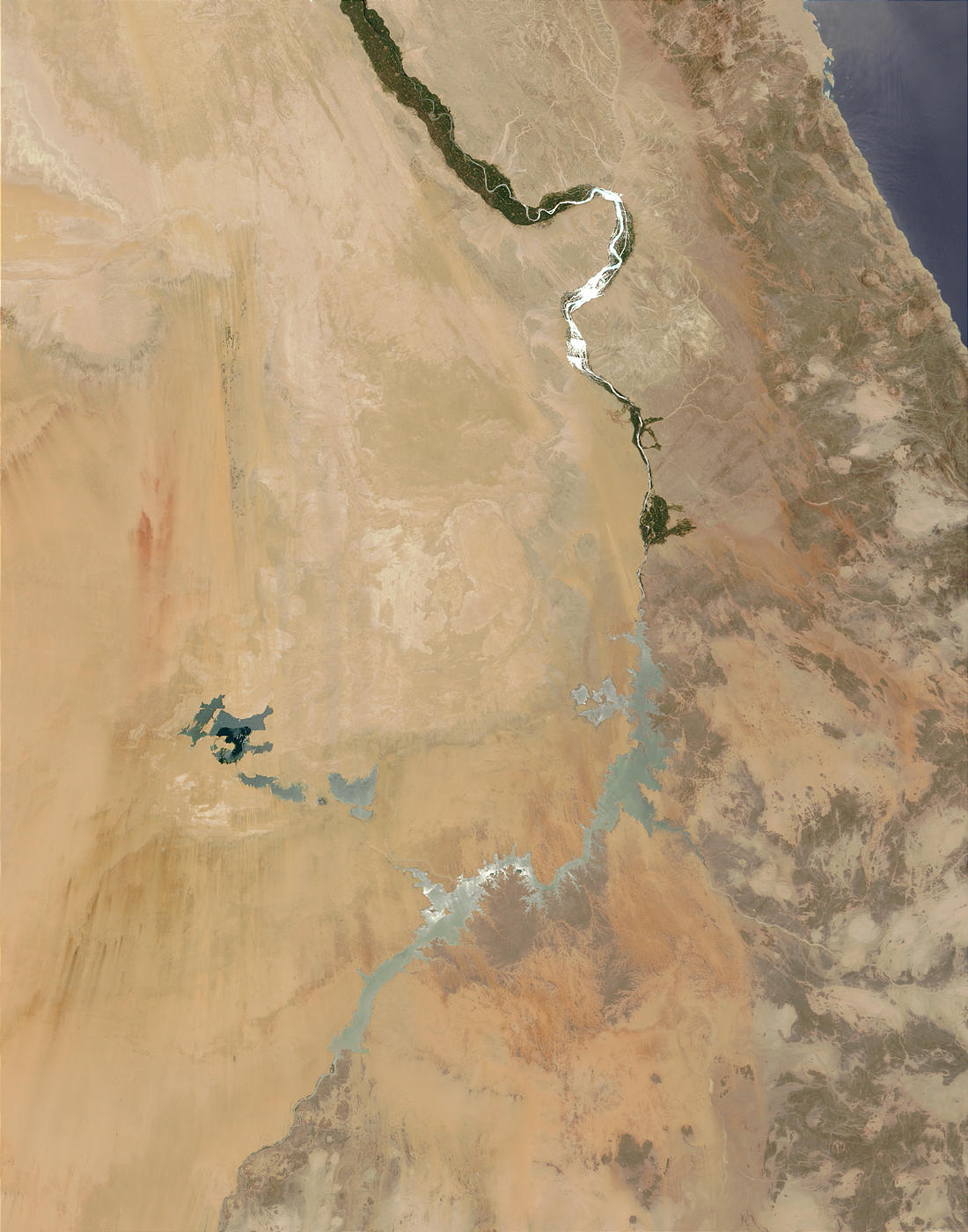 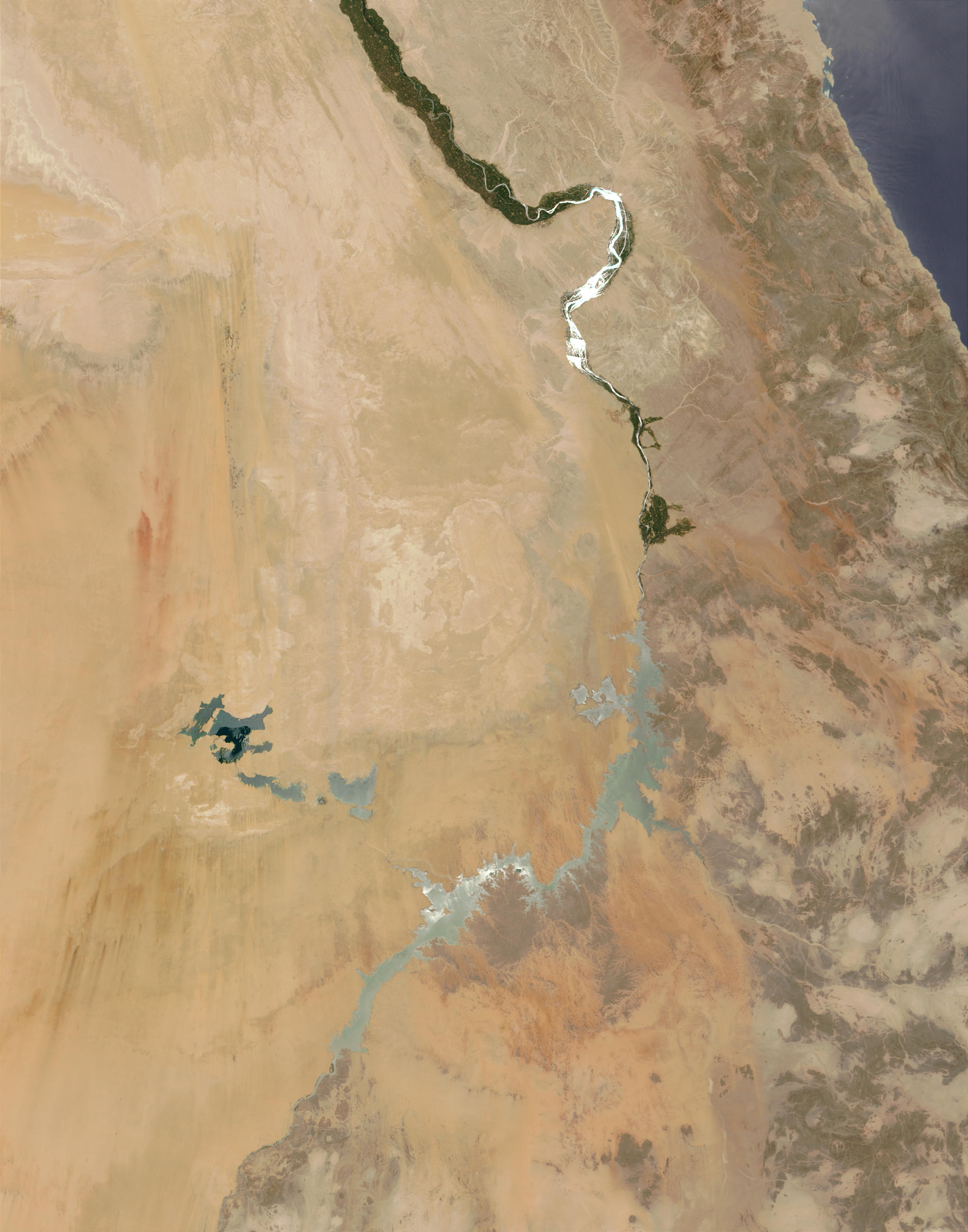 Sunglint on the Nile

Surrounded by the coral deserts and tan hills of Egypt and Sudan, the Nile River alternately glows silver, green, and white. The Nile is silver where it widens into Lake Aswan, due to sunlight bouncing off of the surface of the water, a phenomenon known as sunglint. Where the Nile appears green is evidence of the life that flourishes alongside its waters. Farther north the Nile and surrounding areas appear blindingly white, which is also the result of sunglint. The difference between the sunglint here and farther south in Lake Aswan is that Lake Aswan’s surface is more disturbed by wind, thereby diffusing the sun’s reflection. Farther north the waters are calmer, and thus the glint is more pronounced and less diffuse. This true-color Terra MODIS image was acquired July 12, 2002.