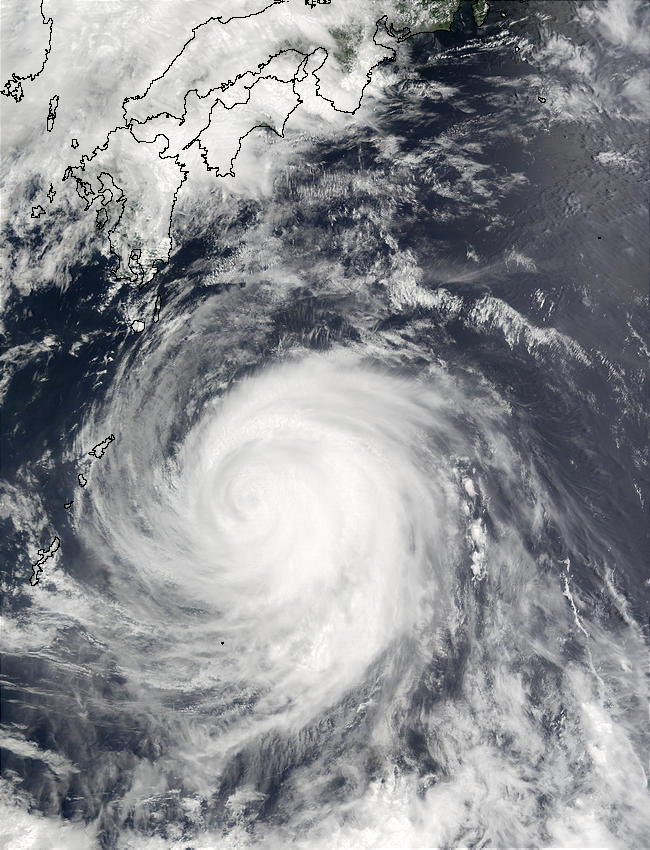 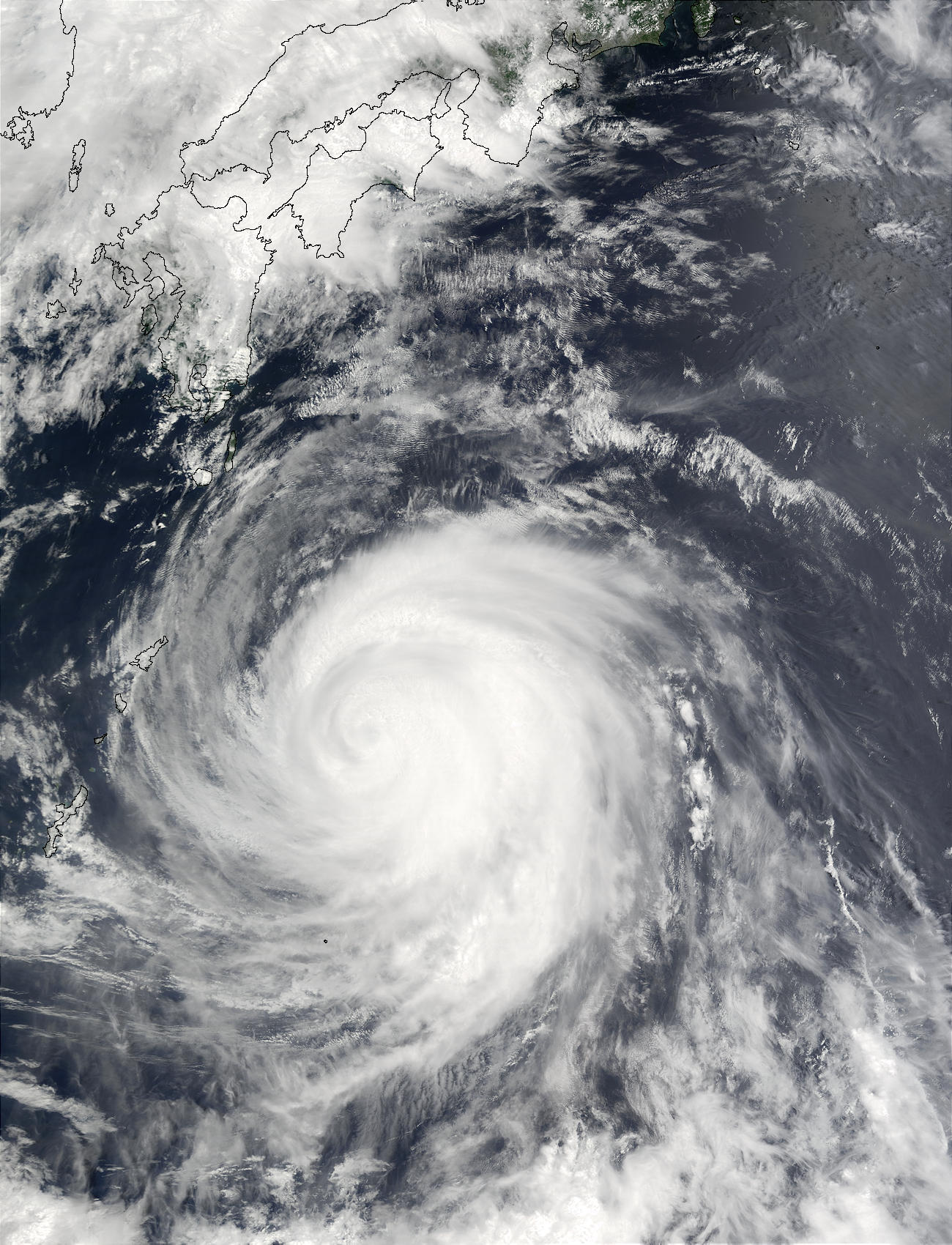 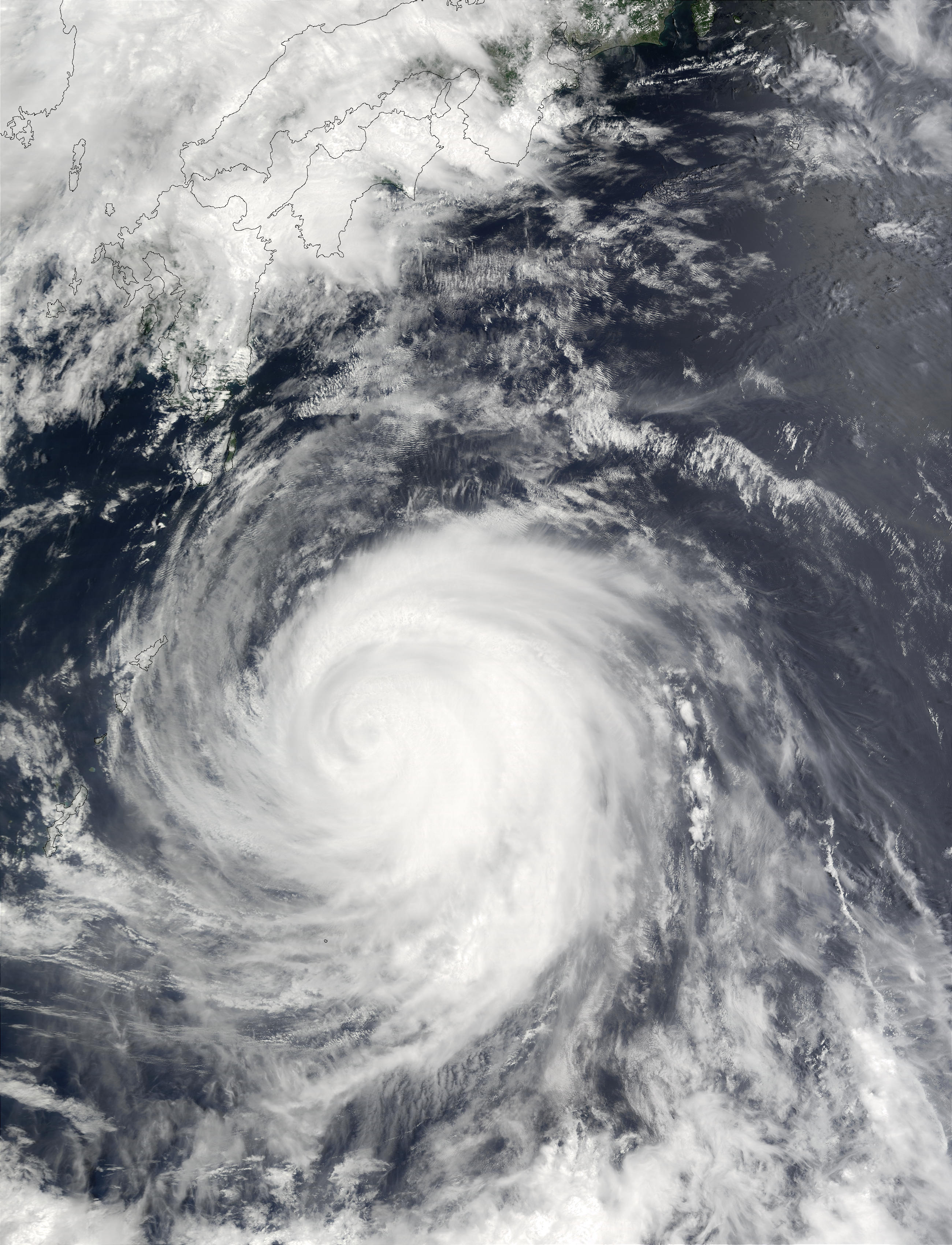 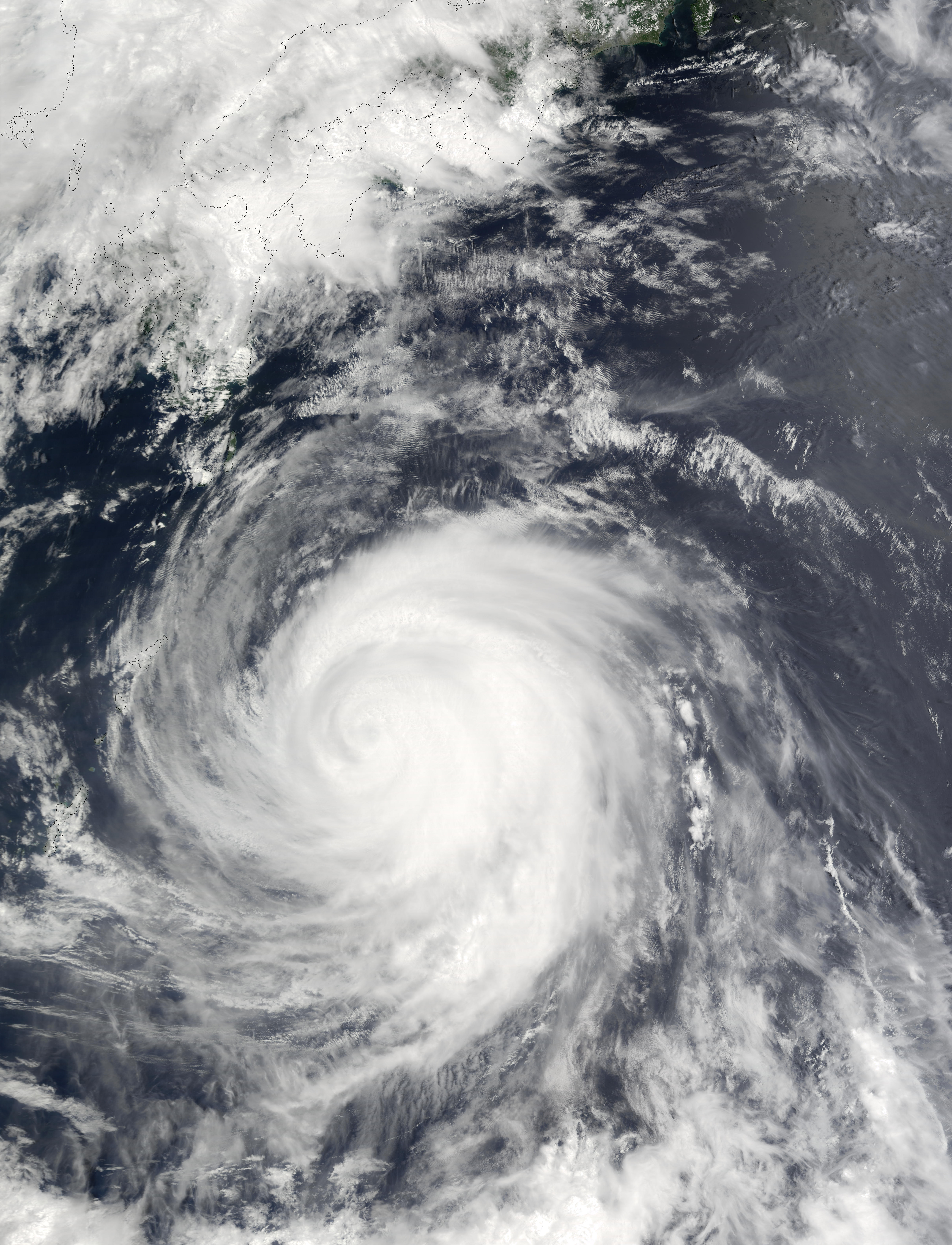 Super Typhoon Chataan reached Category 4 hurricane status on July 7 and 8, but had dropped to Category 3 by the time this image from the Moderate Resolution Imaging Spectroradiometer (MODIS) was captured on July 9, 2002. Chataan is located in the Pacific Ocean off the southeast coast of Japan, and the outlines of Honshu (top center), Shikoku (to its south), and Kyushu (southwest) are visible at the top of the image.

According to news reports, tens of thousands of people were asked to evacuate low-lying coastal areas as the storm skirted the east coast of the country, bringing high winds and heavy rains that produced floods and mudslides in the region, and disrupted transportation services. Typhoon Chataan was reportedly responsible for the deaths of at least 80 people in Micronesia, the Philippines, and Japan. Even as Chataan passed up the coast of Japan and moved northeast, another storm began brewing to the south. Now the country is bracing for the expected arrival of Typhoon Halong from the southeast and Tropical Storm Nakri from the south.