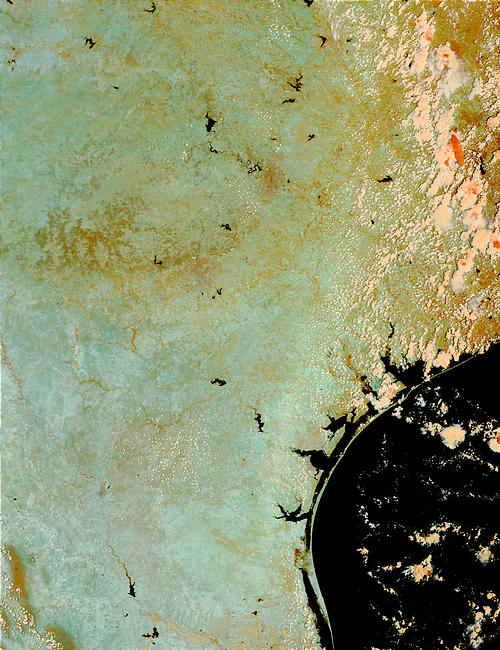 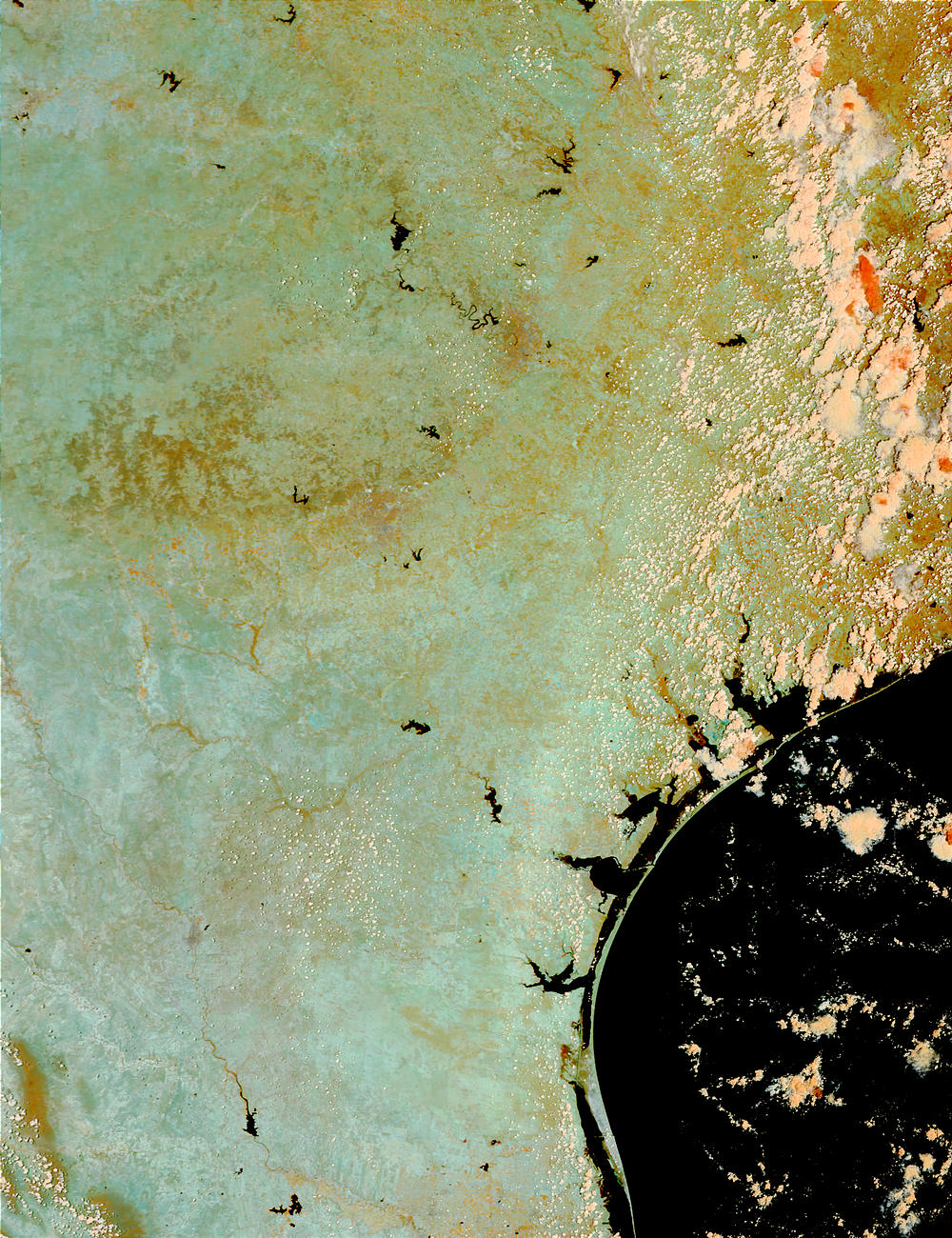 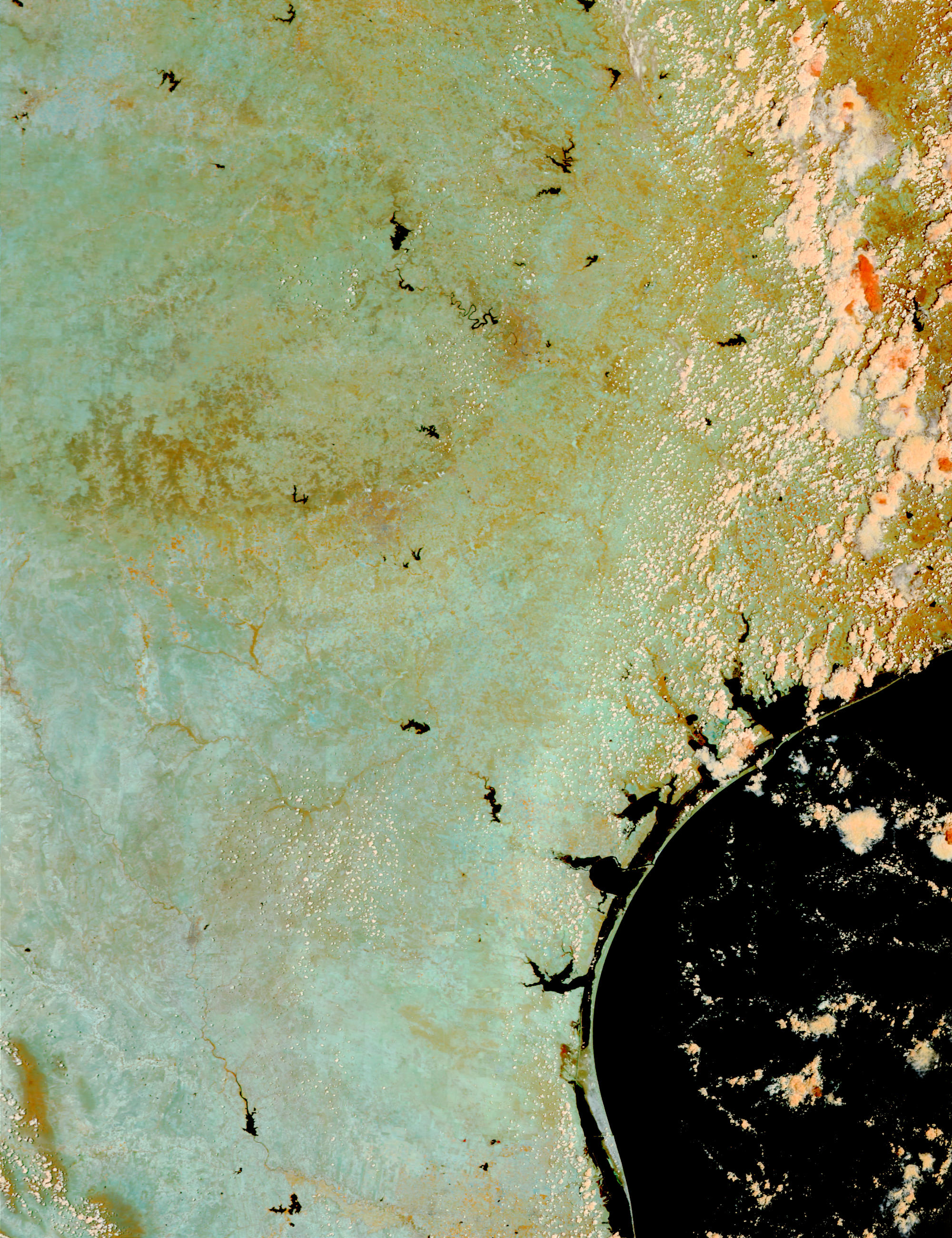 Southeast of San Antonio, Texas, rivers that were barely discernible in satellite imagery acquired in late June 2002 stand out clearly in images from early July. Heavy rains during the first week of July brought as much as 2 feet of rain to some places in southeast Texas, and this pair of images from the Moderate Resolution Imaging Spectroradiometer (MODIS) on the Terra satellite shows the result: massive flooding of three major river systems along the Gulf of Mexico.

In this pair of false-color images from June 24, 2002 (before floods) and July 8, 2002 (after), rivers and standing water appear dark blue or black against the gold-colored landscape. The southernmost river is the Nueces River, with its northern tributary, the Frio River. To its north is the San Antonio River, and farther north is the Guadalupe River, which was hit especially hard by the flooding. The reddish color of the water provides evidence of this; in this false-color combination, soil and sediments appear reddish, which shows how muddy the flood waters were.

At least seven people were killed by the floods, and hundreds have been evacuated from their homes. Federal disaster relief has been offered, and the governor has declared 28 counties a state disaster area.