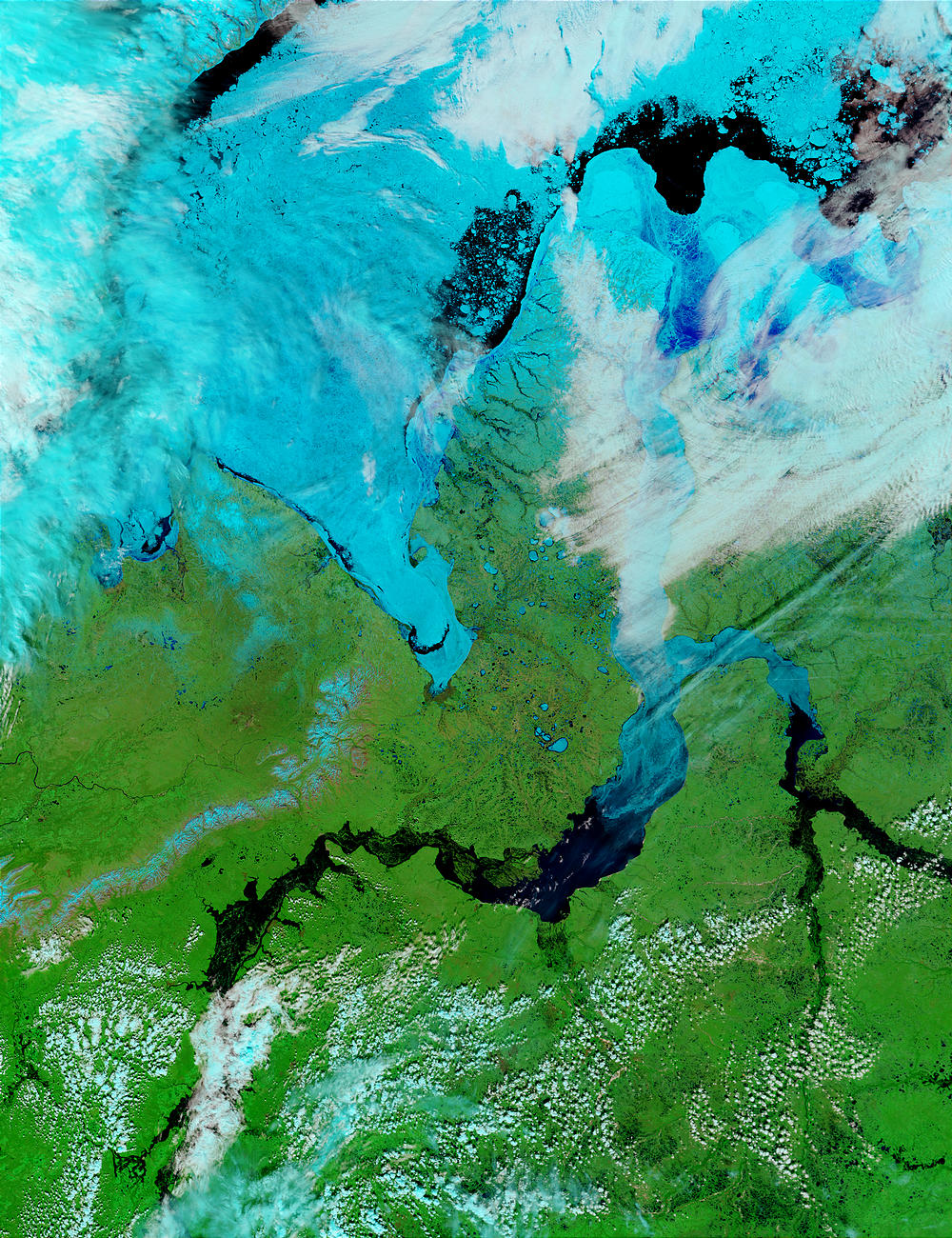 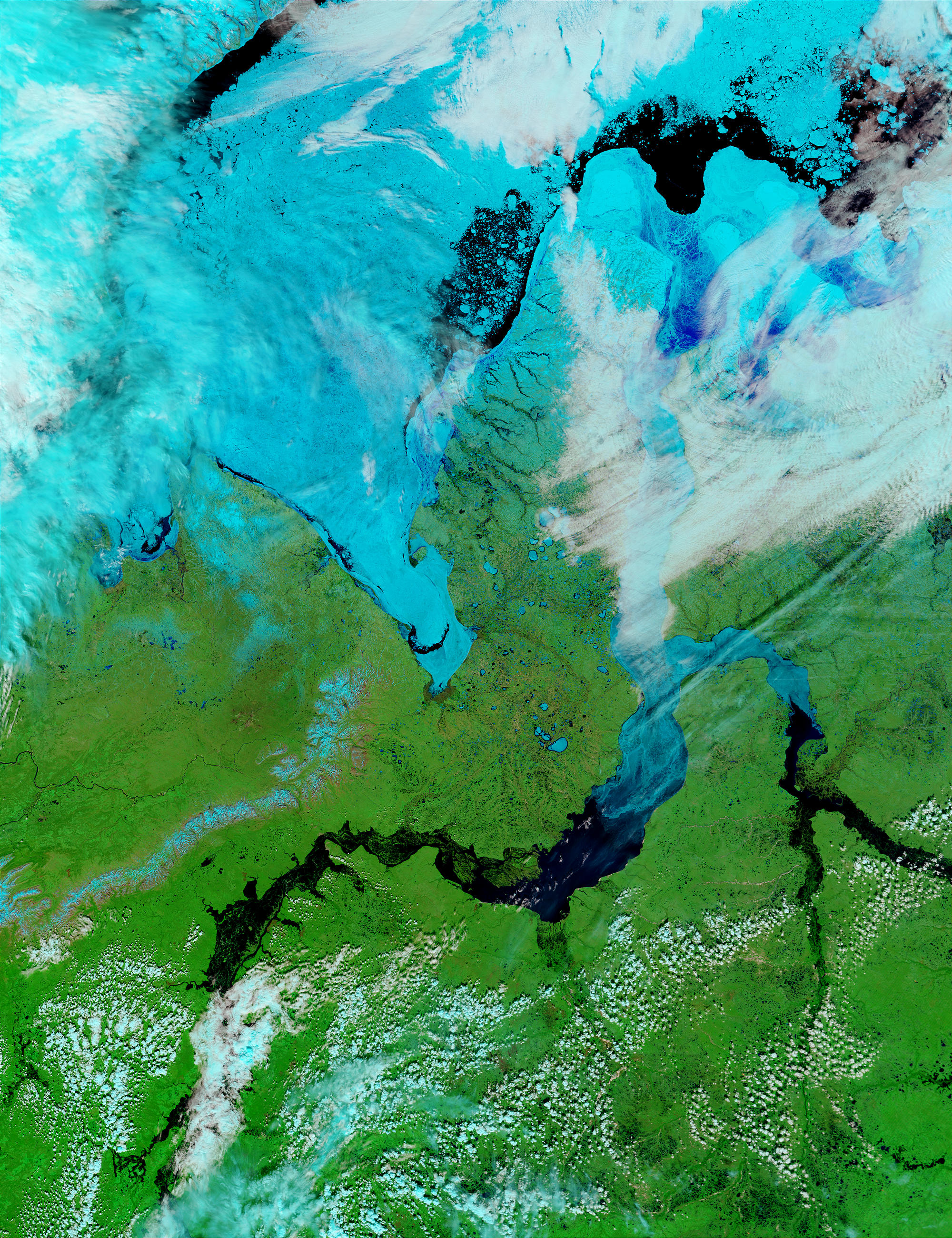 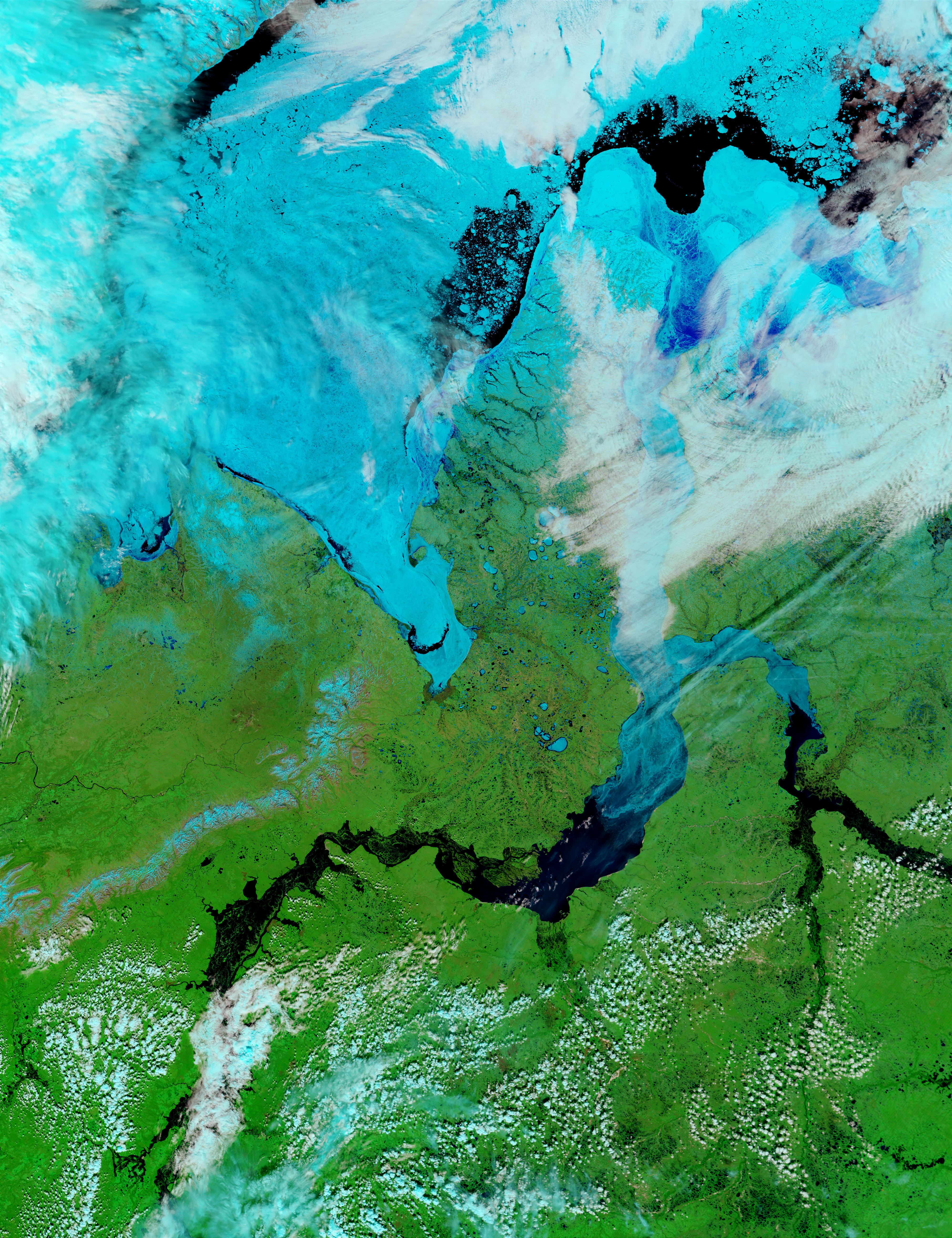 Mouth of the Ob River, Russia

These images from the Moderate Resolution Imaging Spectroradiometer (MODIS) on the Terra satellite shows the cause and effect of the large-scale seasonal flooding experienced on rivers throughout Siberia each year. Because many Siberian rivers flow from south to north, they flood regularly in the spring as meltwater from southern latitudes backs up against the still-frozen northern reaches of the rivers.These images show the Ob’ River on the western edge of the Central Siberian Plateau. The images from June 20, 2002, show the mouth of the Ob’ River (large river at left) where it empties into Kara Sea. In the false-color image, Vegetation appears in bright green, water appears dark blue or black, and ice appears bright blue. The ice is still choking the river’s outlet to the sea.The effect of this ice block on the more southern stretches of the river can be seen in the images captured on June 17. In the false-color image, water is black, vegetation is in shades of gold and green, and clouds are pale orange. In the northernmost portion of the Ob’ visible in this image (the Ob’ runs southeast to northwest in the image), what is normally a fine mesh of braided streams and branches of the river channel has become almost a lake in places. The flood waters have engorged the river to 52 kilometers (32 miles) wide in places. Rivers can back up for hundreds of miles, and cause devastating flooding for towns and villages along the banks. Often, explosives are dropped into ice jams in an effort to free the river and give the flood waters a chance to escape. The spring and summer floods of 2002 have proven to be quite severe and perhaps as many as 100,000 people have been affected across the country.