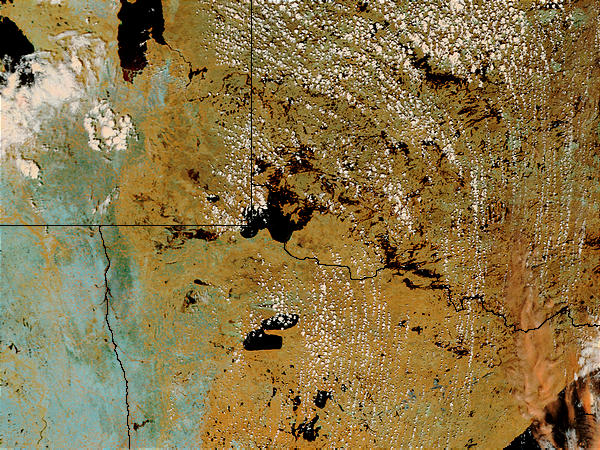 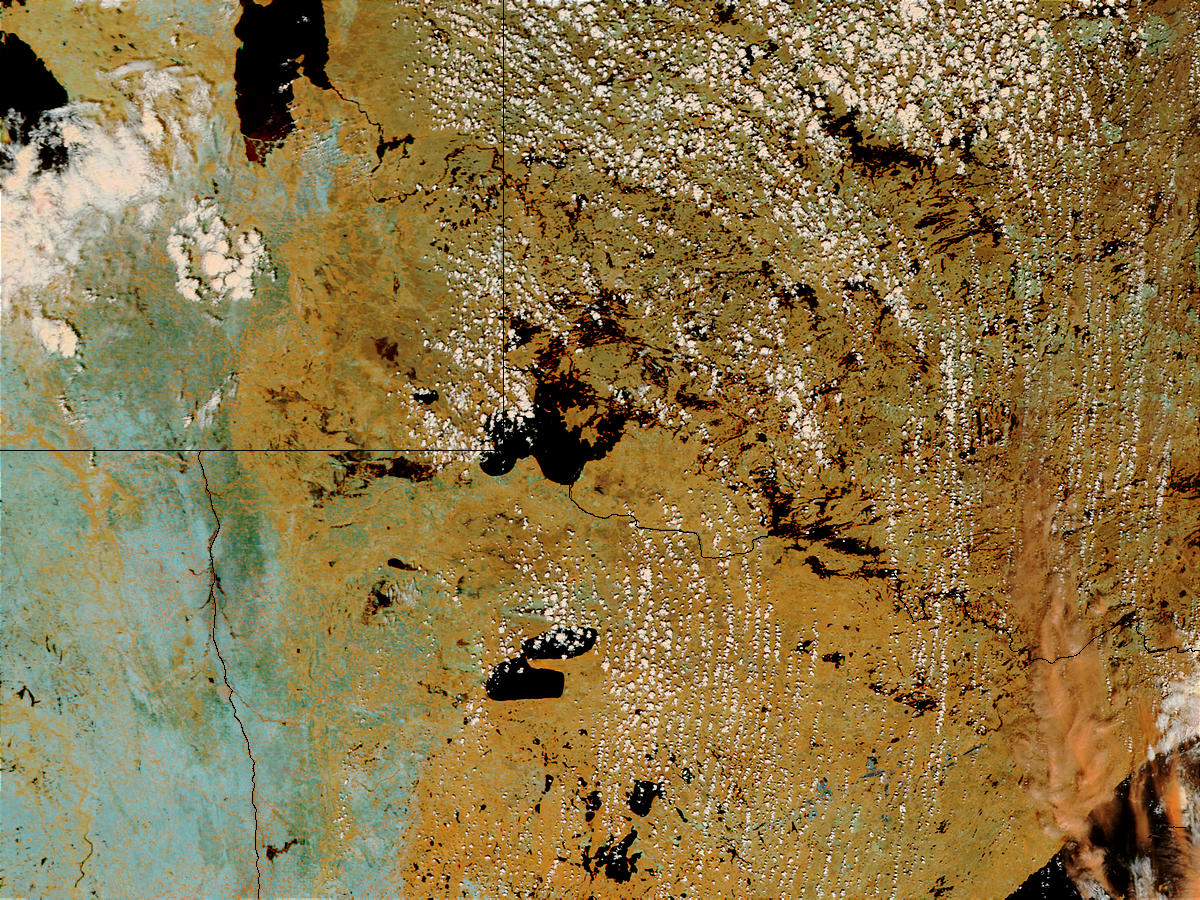 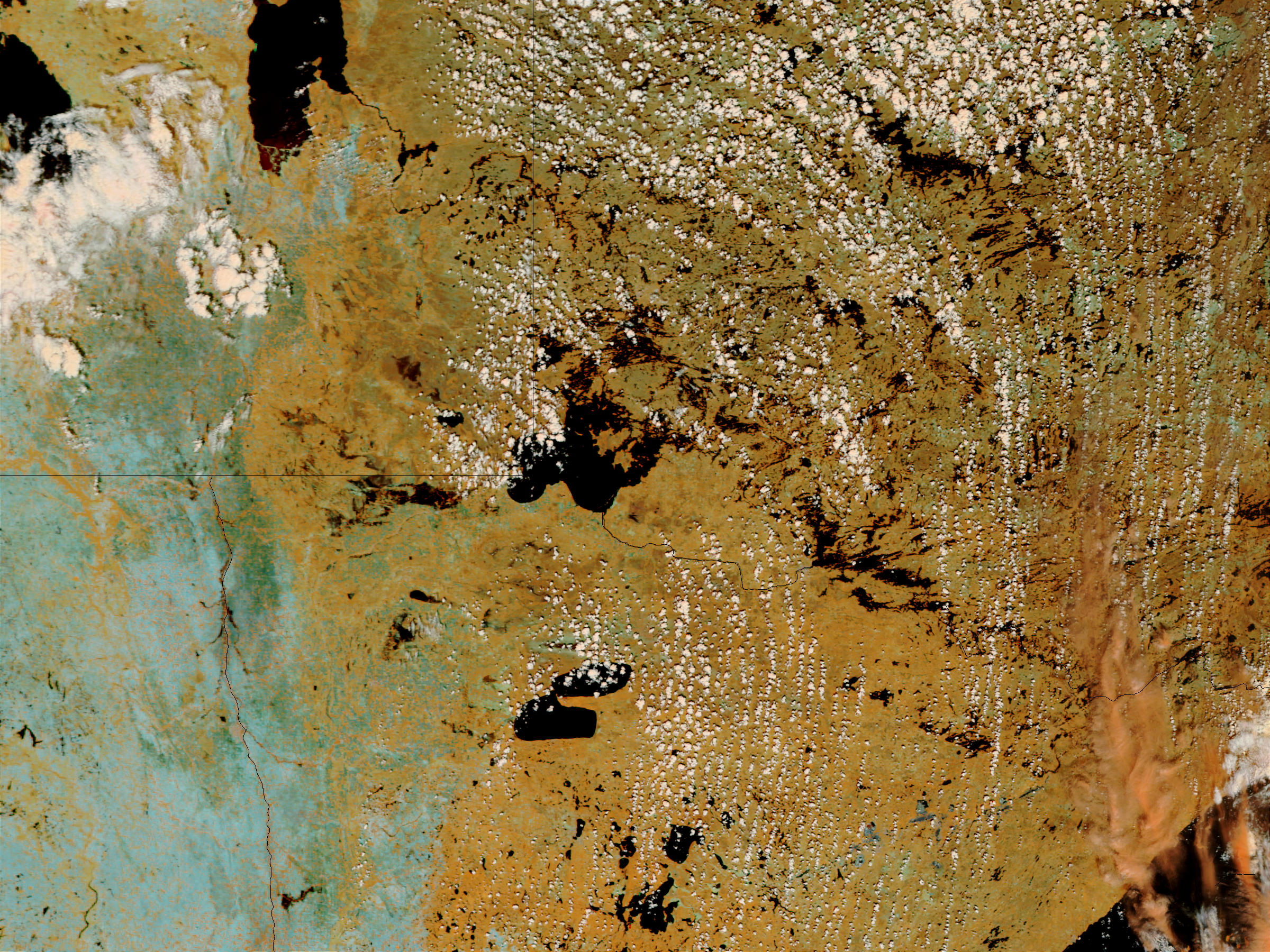 During the first half of June, heavy rains inundated northern Minnesota and southern Canada, giving rise to floods that drove hundreds of people from their homes and drenched more than 300,000 acres of prime farmland. These images of the flooded areas were acquired on May 21 and June 15, 2002, by the Moderate-resolution Imaging Spectroradiometer (MODIS), flying aboard NASA’s Terra spacecraft. The worst of the flooding occurred on the border of Canada and Minnesota along the Roseau River, which now resembles a lake left of center in the images.The town of Roseau, Minnesota, which sits in the eastern end of the newly formed lake, was hit the hardest. Nearly all the buildings in the town took heavy water damage and many residents were forced to leave. Widespread flooding across an eight-county region in Minnesota has drenched nearly 300,000 to 500,000 acres of farmland altogether. Many of the farmers lost 100 percent of their crops and will be unable to plant again for the season. Last week, President Bush declared northern Minnesota a disaster area. Normally, the Roseau River cannot even be seen on a MODIS image (see May 21 image), and the surrounding area is dry.In the false-color images, sage green, rusty orange, and blue is land, and water is black. Clouds are white and pink.