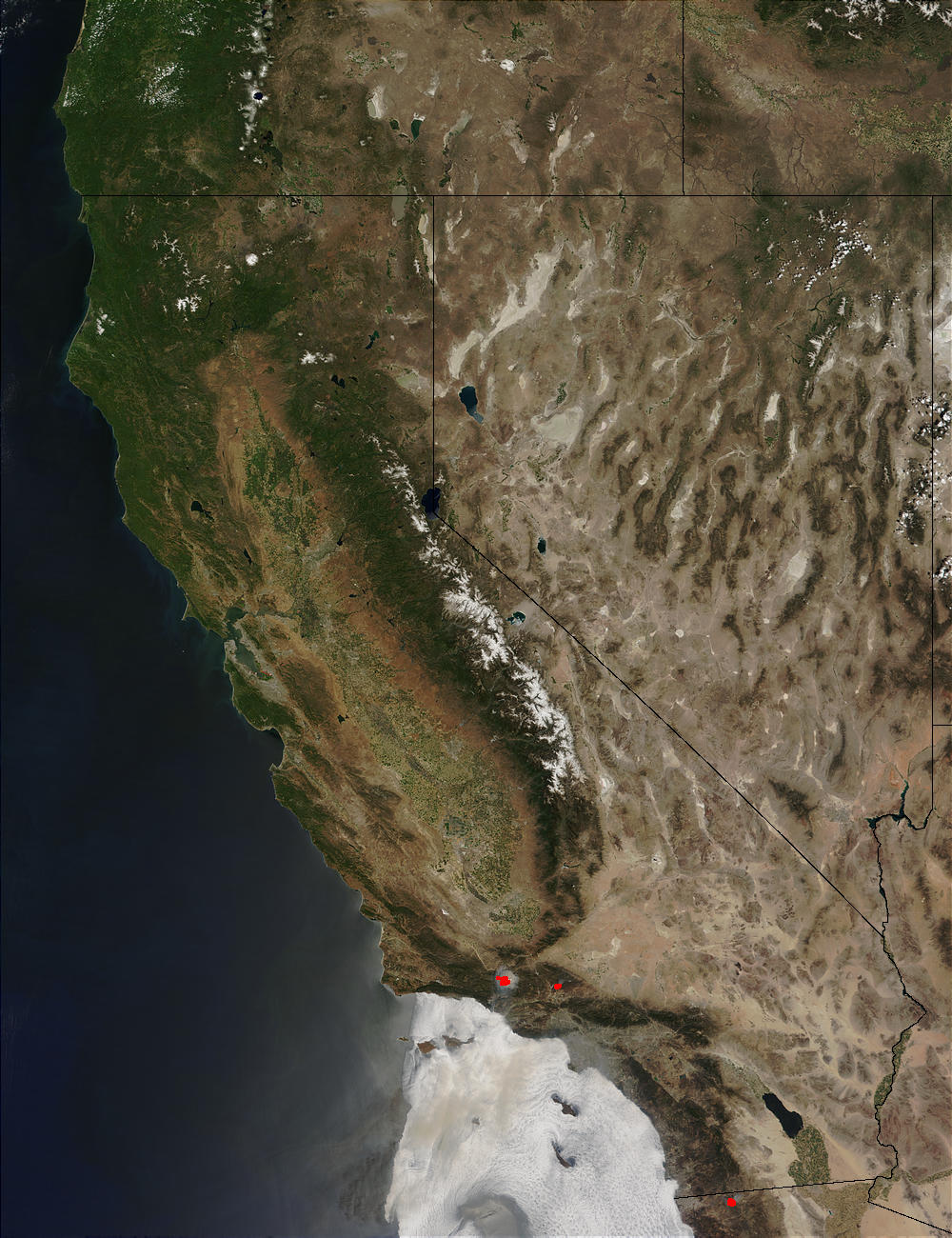 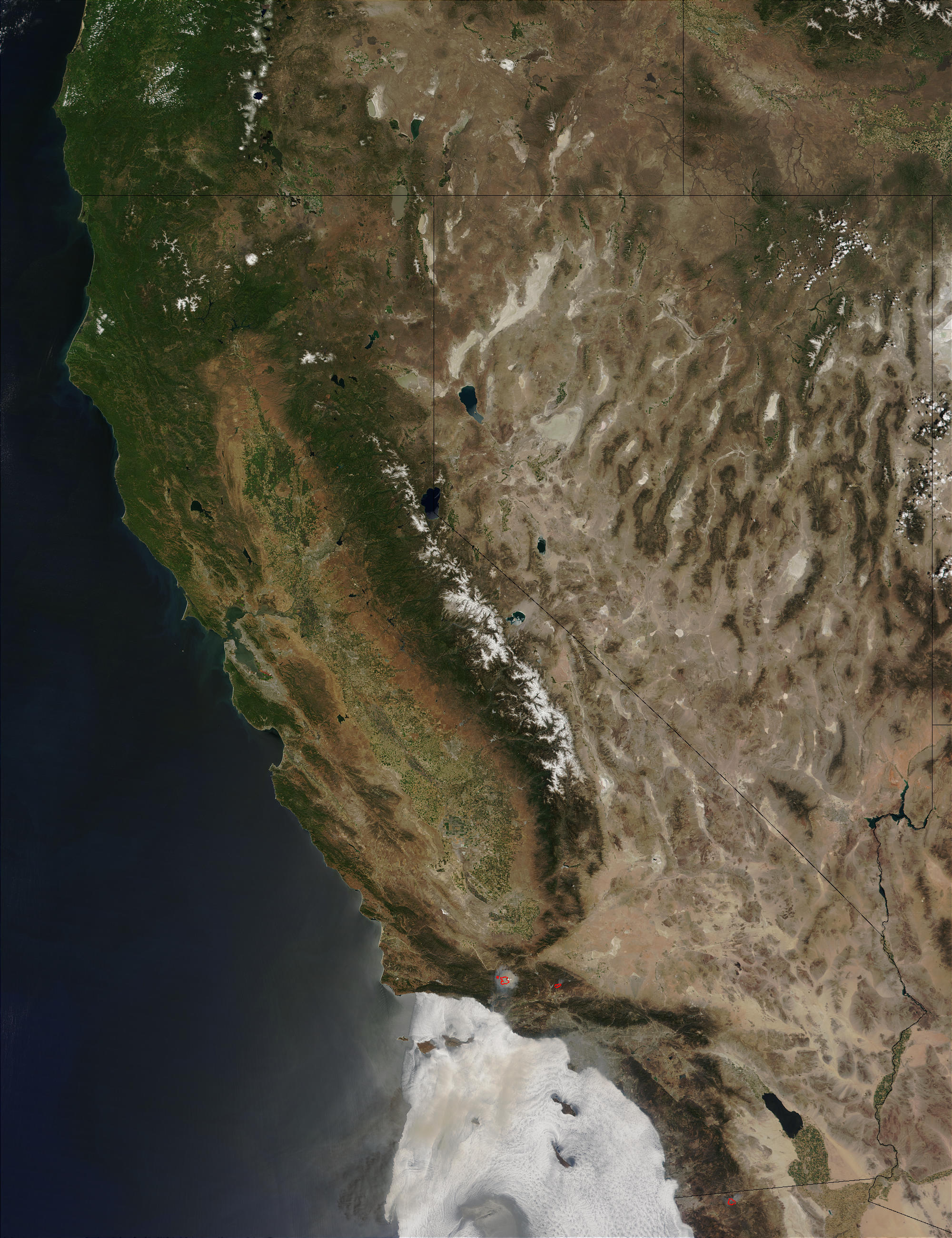 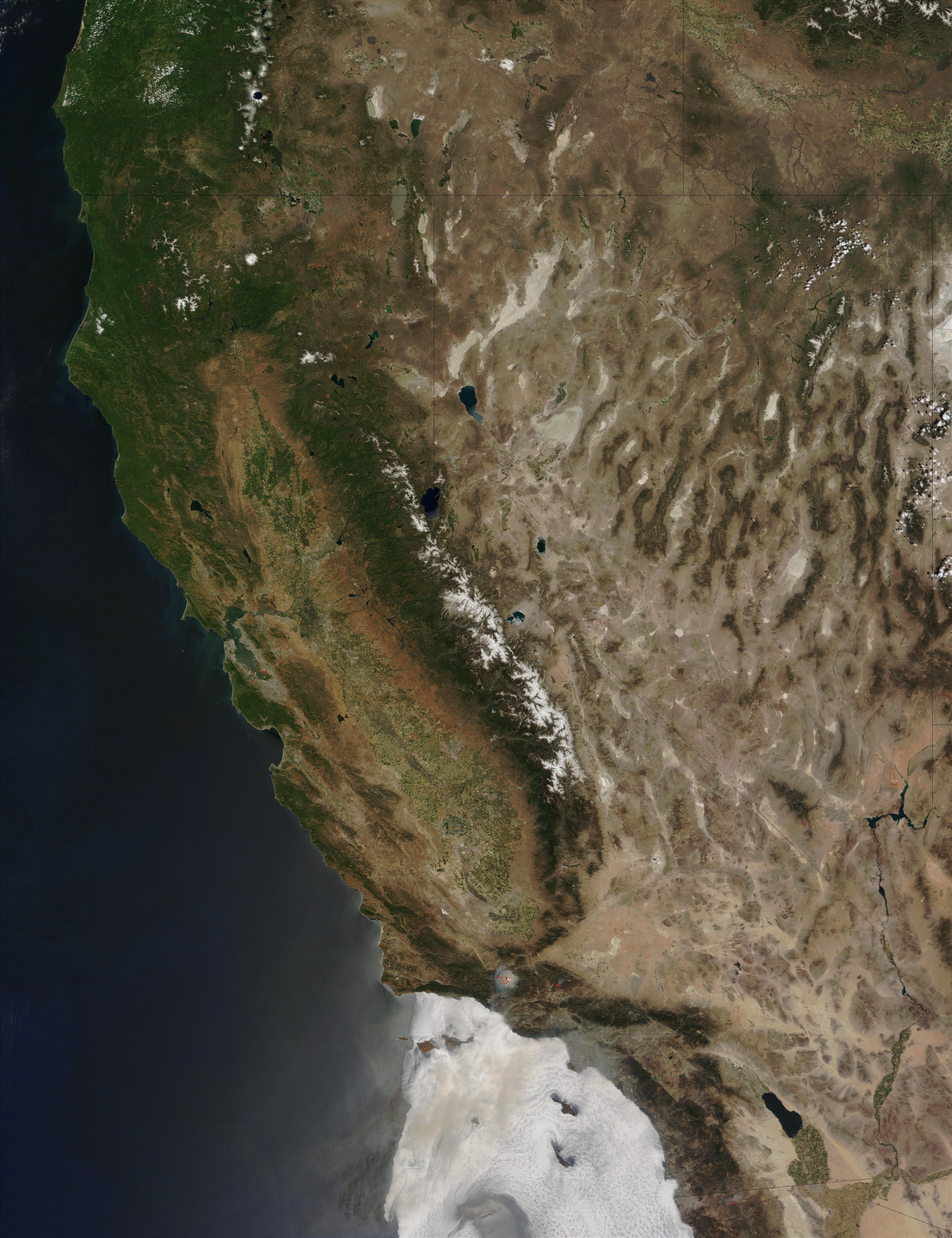 A bit of snow still clings to the higher elevations of the Sierra Nevada Mountains in California (left) in these true-color MODIS image from June 6 and 8, 2002. A broad central valley, called the Sacramento Valley in the north and the San Joaquin Valley in the south, lies between the Sierra Nevadas and the Coast Ranges along the Pacific Ocean. Where the state line between California and its eastern neighbor, Nevada, makes a sharp southeastward turn, Lake Tahoe straddles the states. borders. To the southwest of the Lake, a grayish cluster of pixels nestled in Sacramento Valley is the city of Sacramento itself. Southwest of Sacramento, out on the coast, lies San Francisco Bay, ringed with cities and towns, the entire southern coastline has a gray, urban-landscape perimeter. At bottom center of the image, a bank of clouds is packed in the Gulf of Santa Catalina around the Channel Islands and the city of Los Angeles. Above the clouds, smoke from the large Wolf Fire and smaller Copper Fire is streaming out over the ocean. At lower right, the Colorado River marks the sinuous boundary between California and Arizona, and the Salton Sea (large body of water in southern California) shows the sometimes unpredictable result of trying to tame Nature.s rivers; the sea was formed when irrigation channels diverting water from the Colorado burst and its waters rushed into the desert.