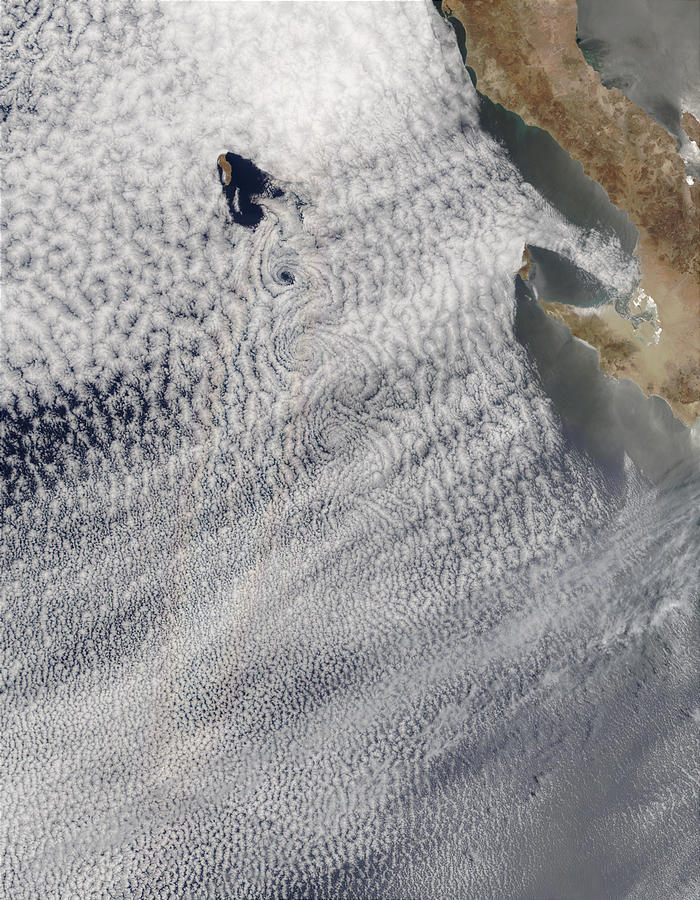 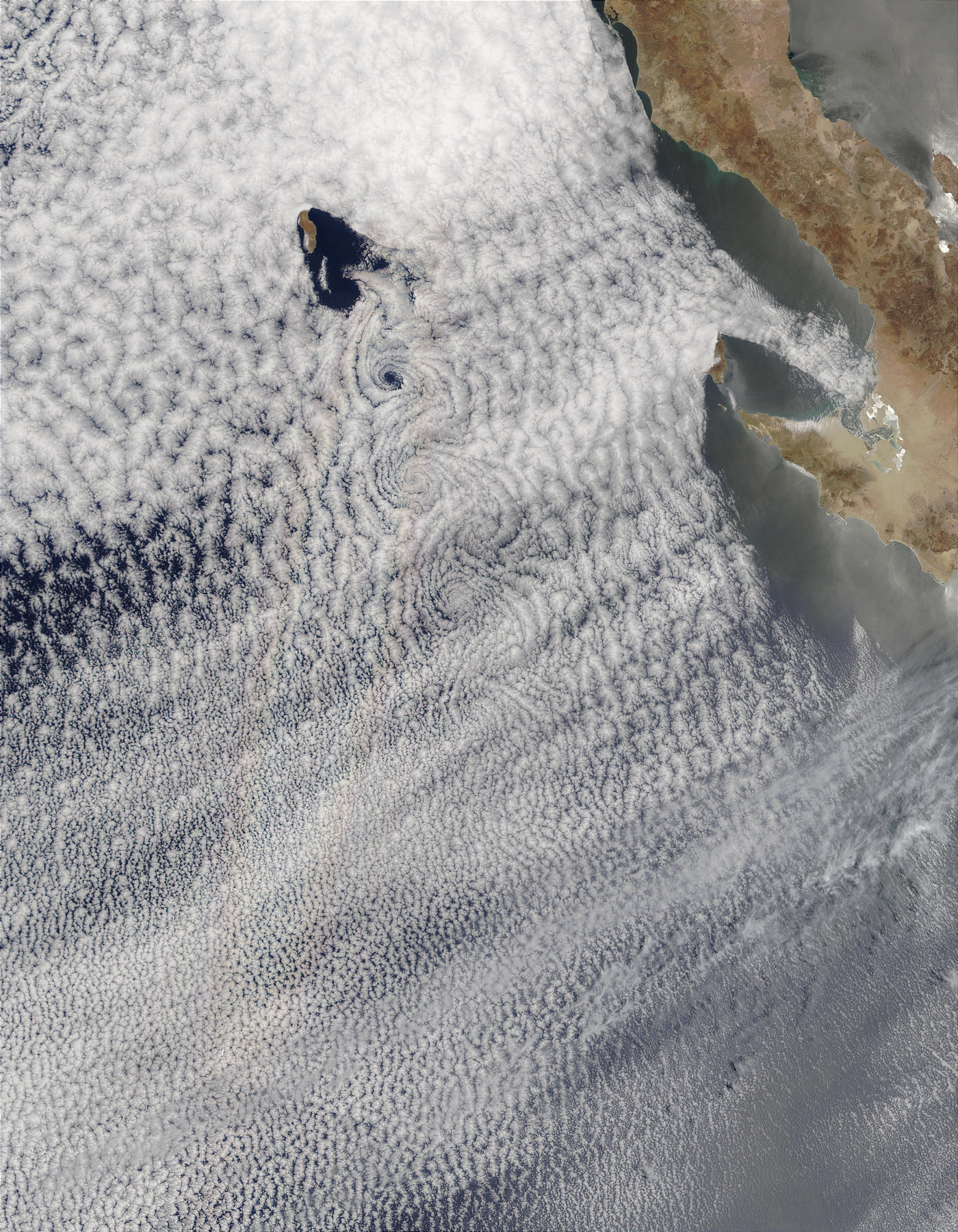 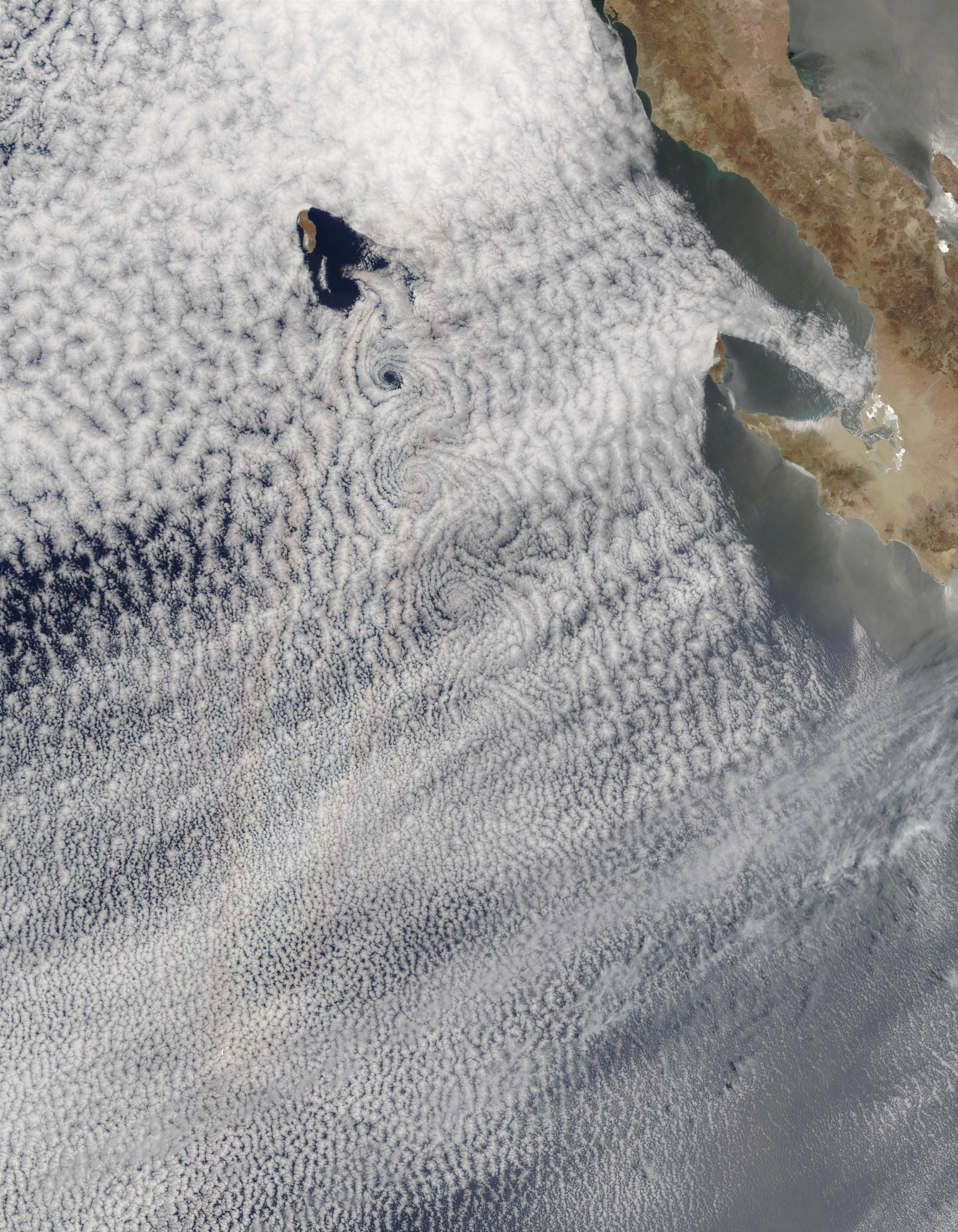 South of Guadalupe Island of Mexico’s Baja Peninsula, turbulence caused by the wind passing over the island has produced eddies that swirl the clouds into a pattern known as a vortex street. Over the ocean, clouds will often become aligned with the direction of a low-level wind, producing parallel rows, or streets, of clouds. When that flow is interrupted by a land mass, turbulence can create vortices that are responsible for the "eye" features, hence the name "vortex streets." The second interesting feature of this image is the narrow, elliptical rainbow that can be seen stretching from Guadalupe Island southwest toward the bottom of the image. This phenomenon is called a glory, which is often produced when light at the observer’s anti-solar point falls on a cloud deck below. What is the anti-solar point? If you had been standing on the Terra satellite as it orbited the Earth, looking down at the cloud deck below you, the sun would have been directly behind you-180º from your line of sight. Ice and water particles in the cloud bend the light and reveal all its colors, or wavelengths. Often, when a glory is seen from an airplane, viewers will see the shadow of the airplane in the center of the glory. This image was acquired by MODIS on June 3, 2002.