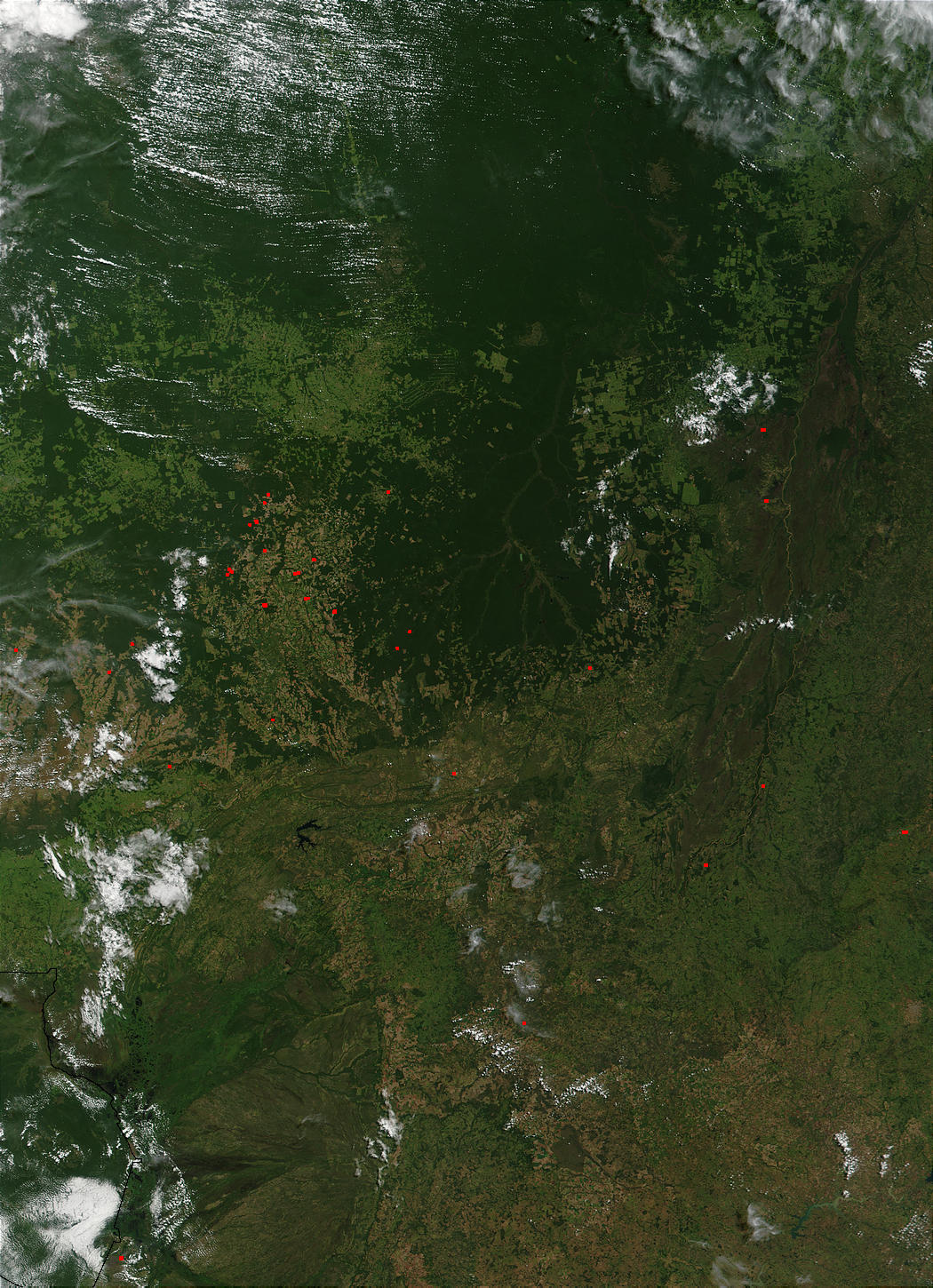 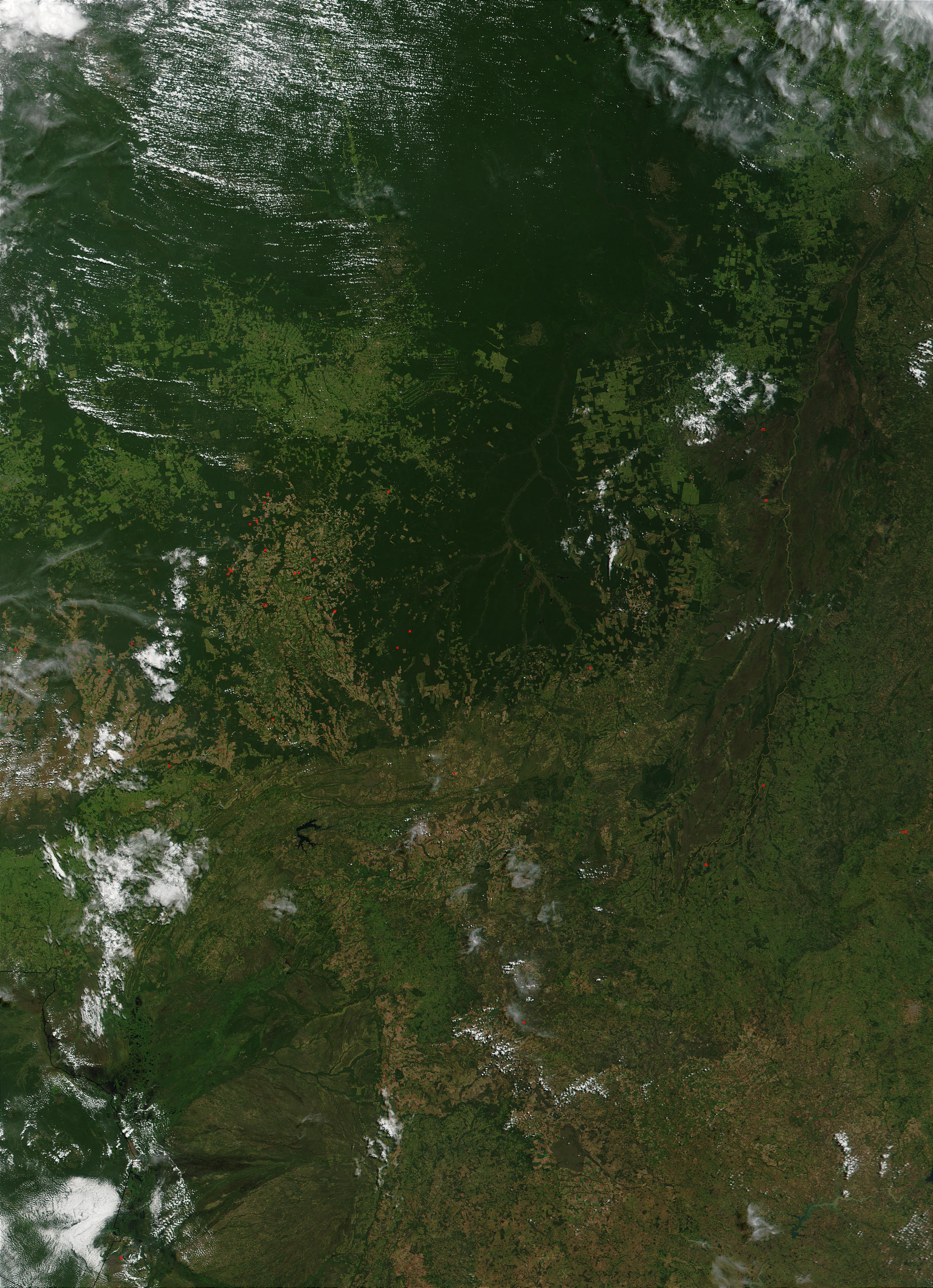 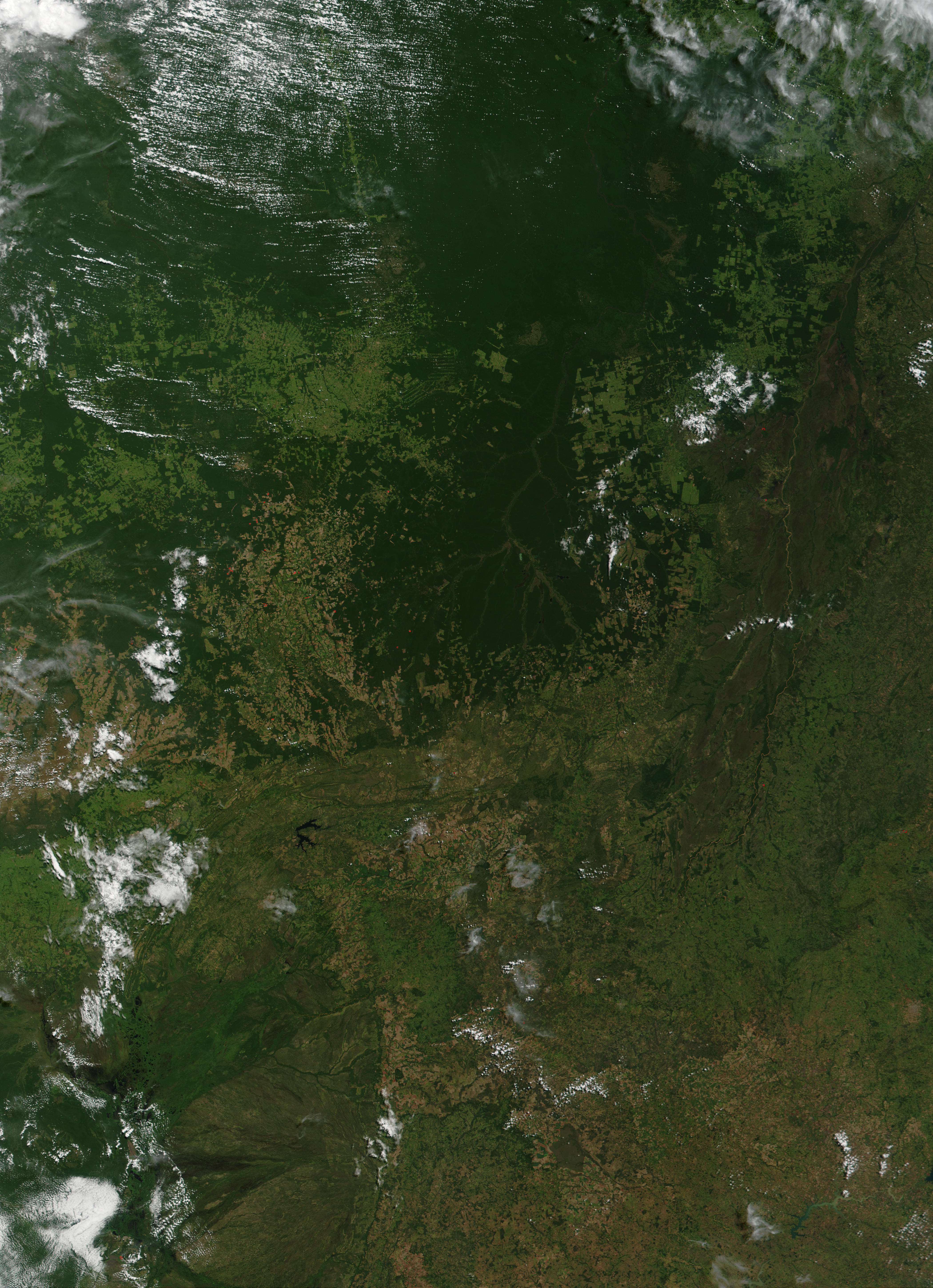 In the Mato Grosso region of Brazil, fire (red dots) is a major cause of deforestation. "Slash and burn" agriculture is used to clear tropical forests for farming and ranching, and this Moderate Resolution Imaging Spectroradiometer (MODIS) image from June 3, 2002, shows the resulting transformation of the landscape. In the southern portions of the image, lines and geometric shapes reveal where plots of land have been converted to agricultural uses. At top center, a road cuts up through the intact forests in the north.

In each of these images, the Xingu National Park hangs like an appendage off the broad expanse of forests to its north. (In the image from June 5, 2002, it is right at the left edge.) This remnant of tropical rainforest is being encroached upon from west, east, and south, and many images shows fires burning along its borders. This park is actually an indigenous peoples reservation, and the people who live there struggle to maintain their traditional lifestyle under constant threats from "civilization."