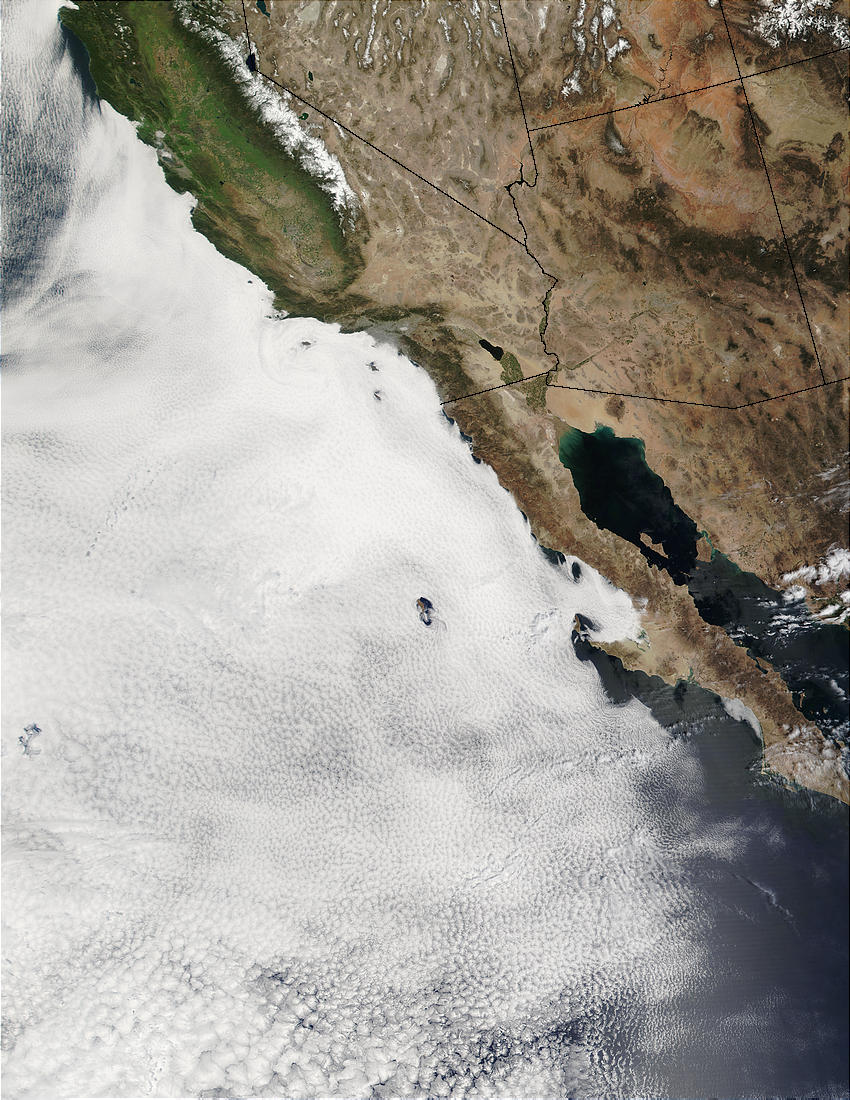 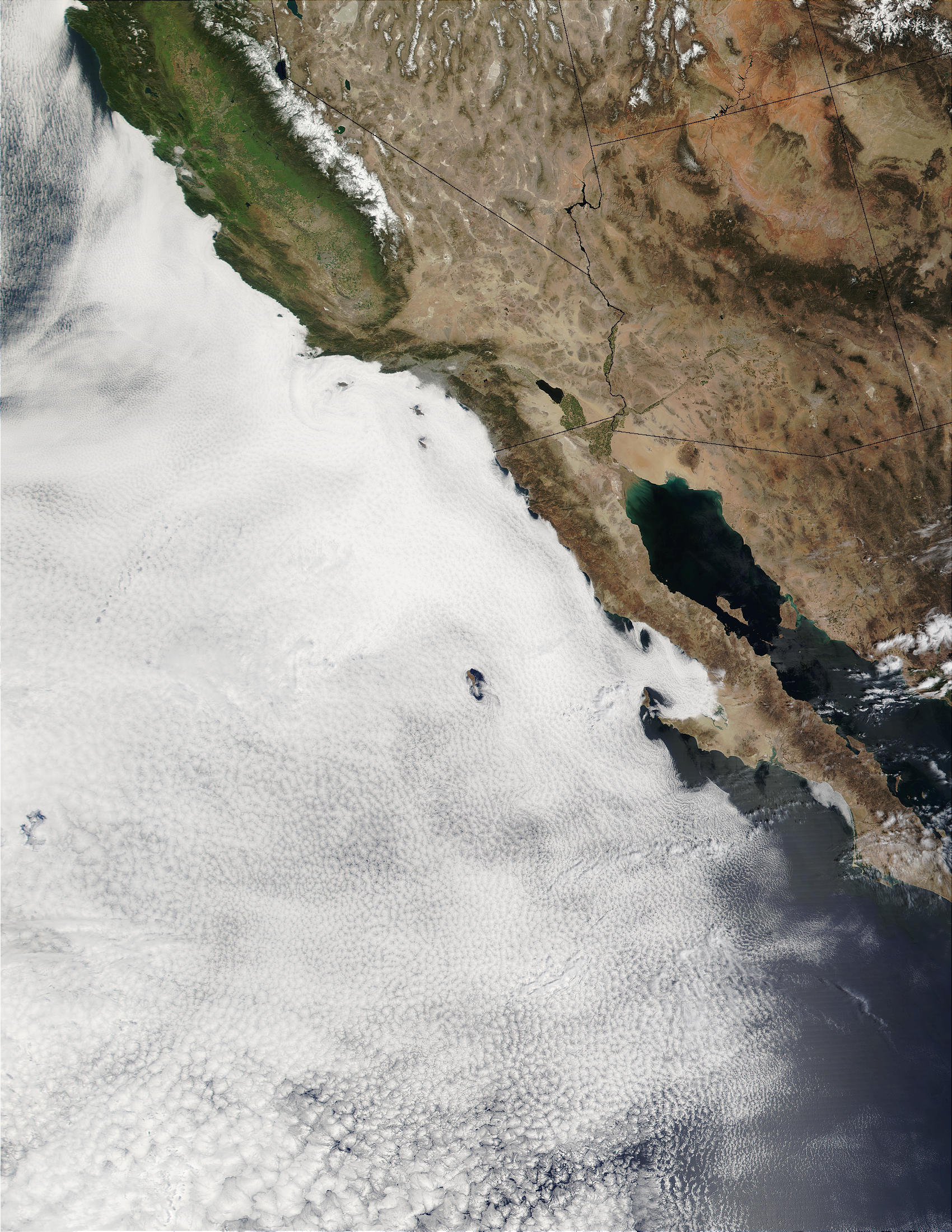 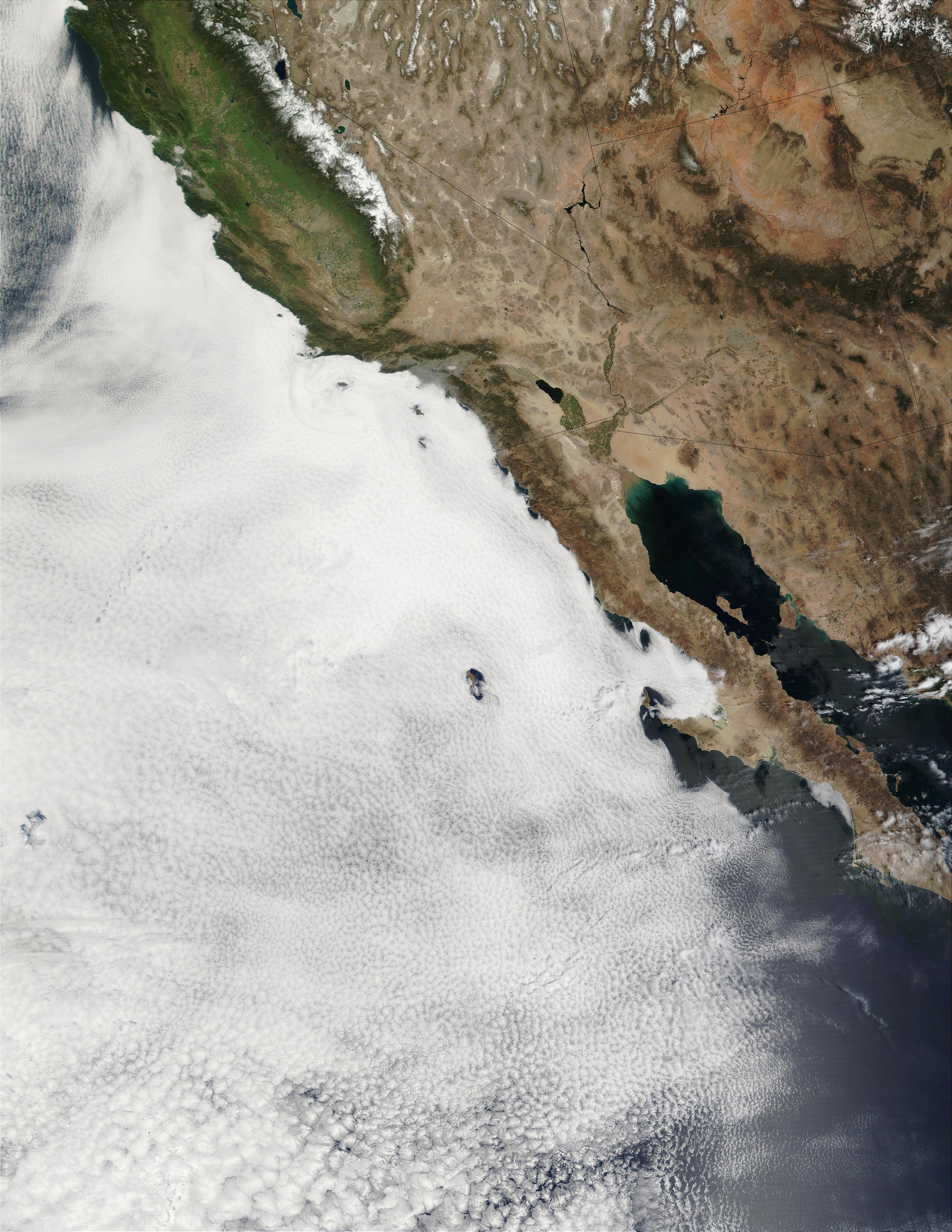 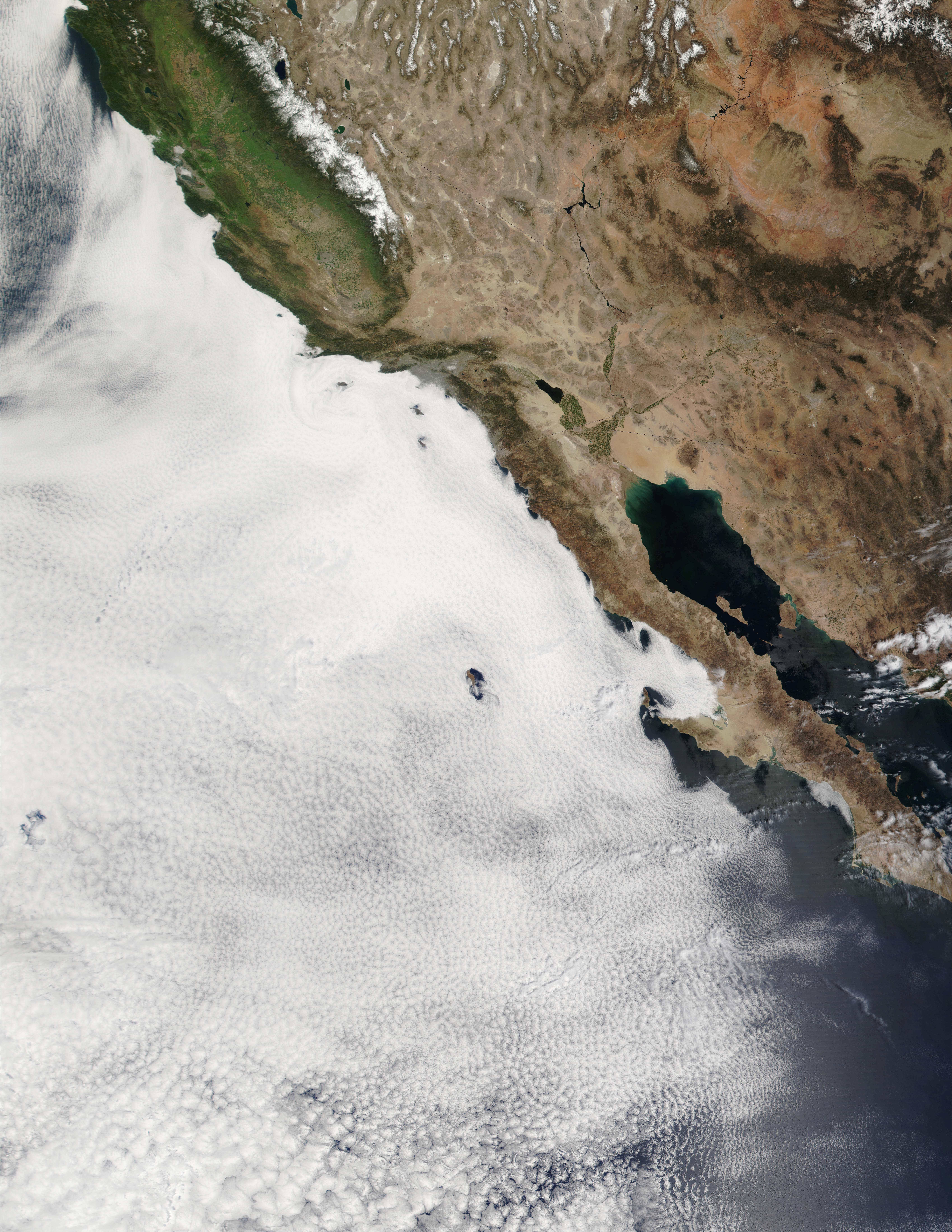 Large stratocumulus deck off the coast of Baja California

A bank of stratocumulus clouds is packed against the California coast so tightly it appears to have been painted in this MODIS image from March 31, 2002. California's San Joaquin Valley is greening up, while the Sierra Nevadas remain covered in snow. To the east, the salmon-colored rocks of the Colorado Plateau dominate southern Utah and northern Arizona.