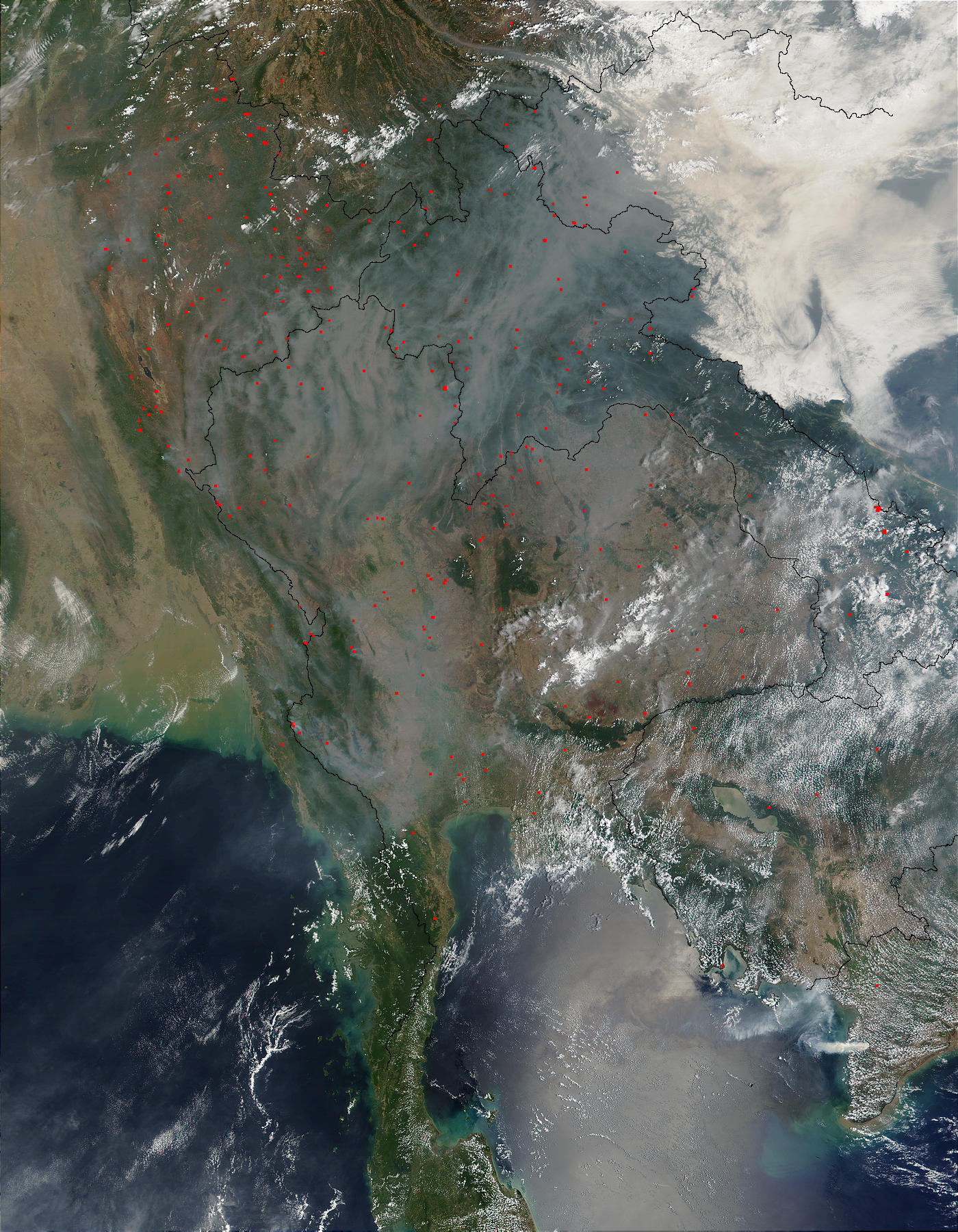 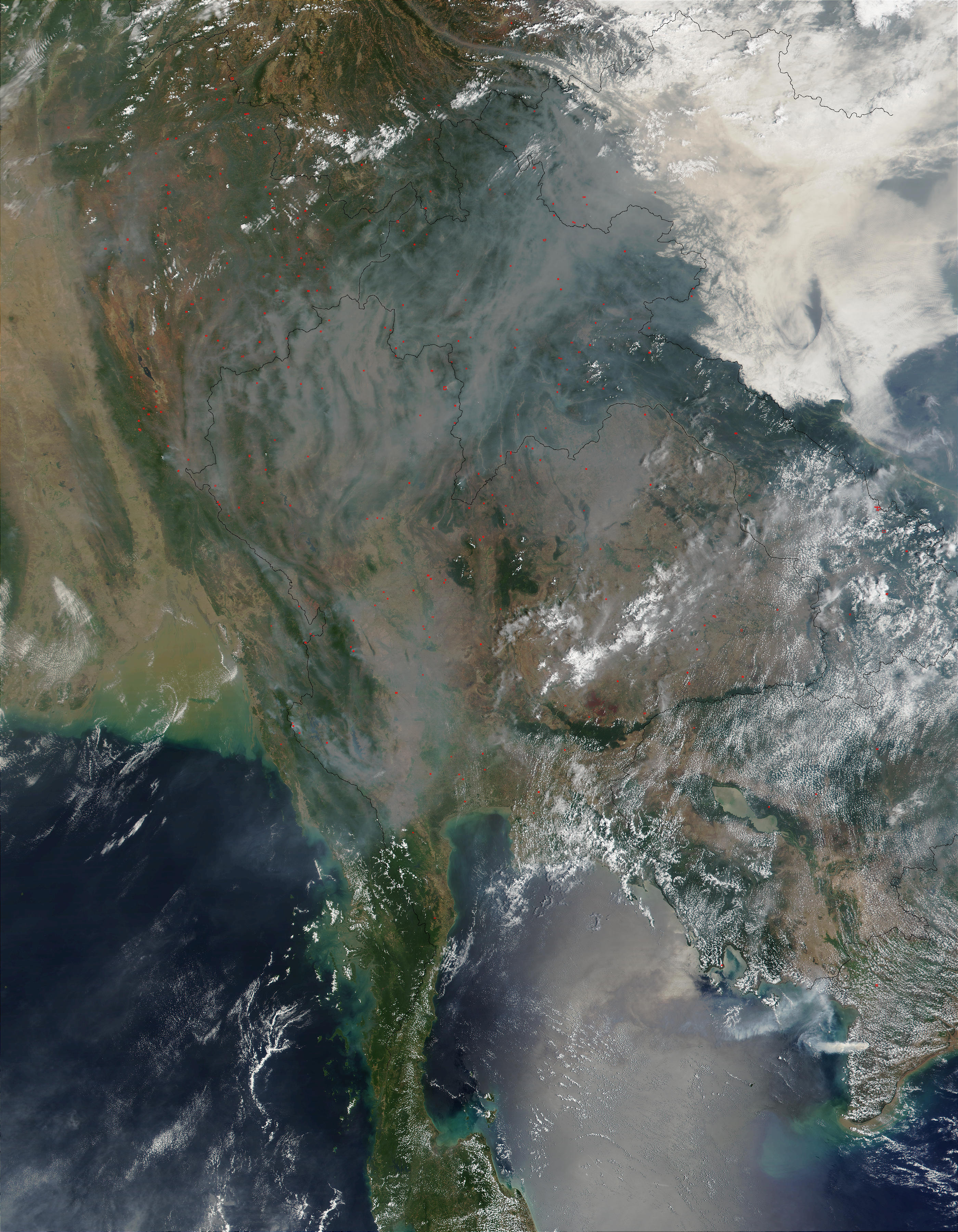 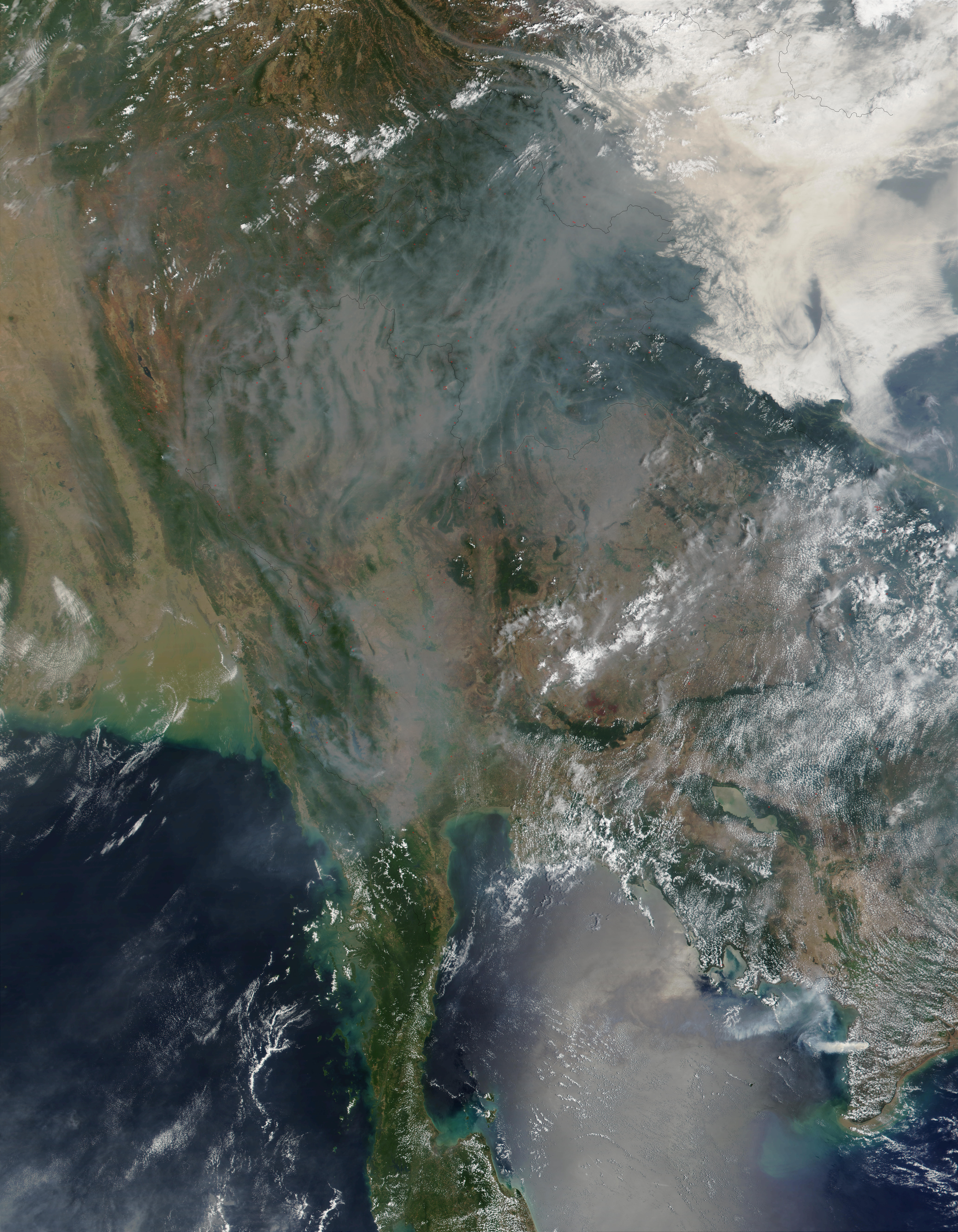 Fires and smoke in Thailand and Laos

As can be seen in this true-color scene acquired on March 29, 2002, many fires dot the landscape across much of Southeast Asia, filling the skies with a thick pall of smoke over much of the region. The burning in this region has been intense throughout March of this year.

This image was acquired by the Moderate-resolution Imaging Spectroradiometer (MODIS), flying aboard NASA's Terra satellite. The red boxes (see the high-resolution image) indicate where active fires are burning.