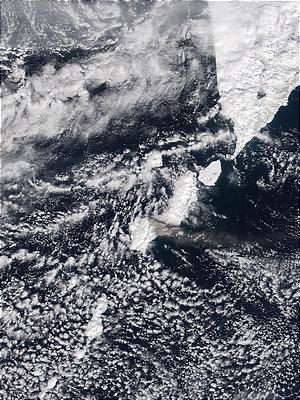 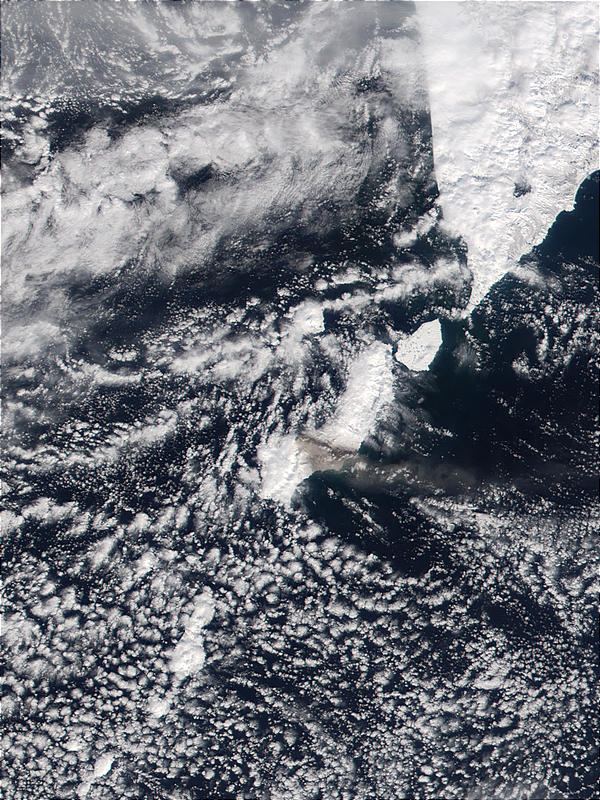 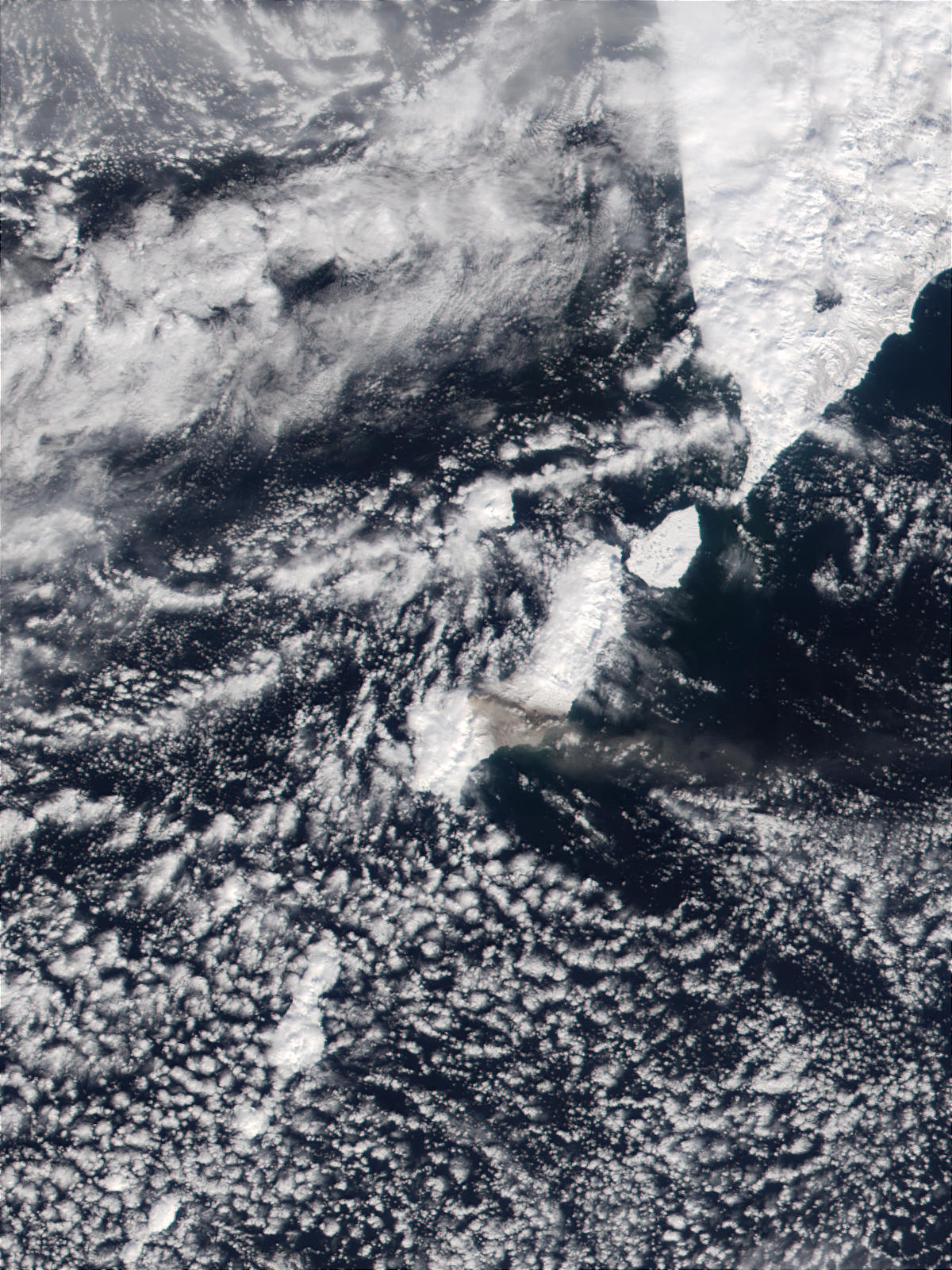 South of Russia's Kamchatka Peninsula, a string of volcanic islands called the Kurils runs in an arc down to the northernmost Japanese island, Hokkaido. On the island of Paramushir, the Chikurachki volcano has been erupting since around January 25, 2002. This MODIS image shows a recent plume of ash emanating from the volcano on March 18, 2002. The largest documented explosion of Chikurachki occurred in 1853, when nearly one cubic kilometer of tephra (anything ejected from a volcano during eruption that is not lava or gas) was ejected.