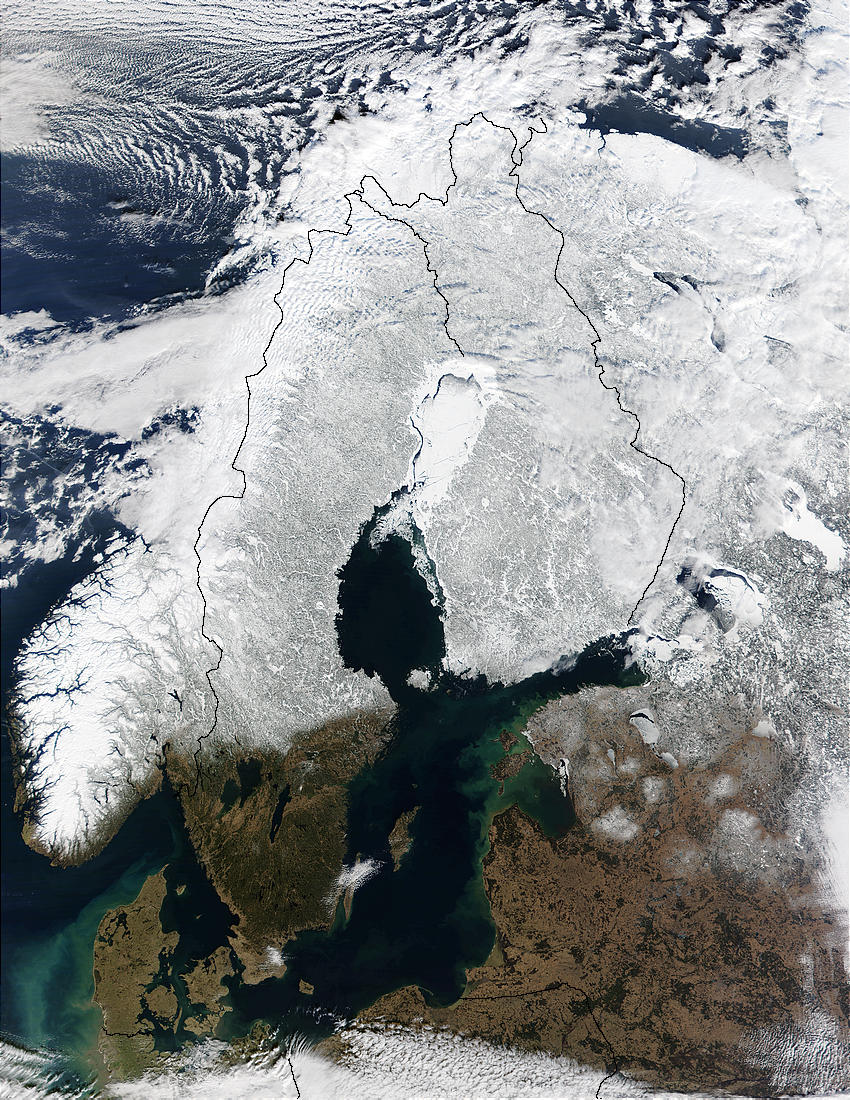 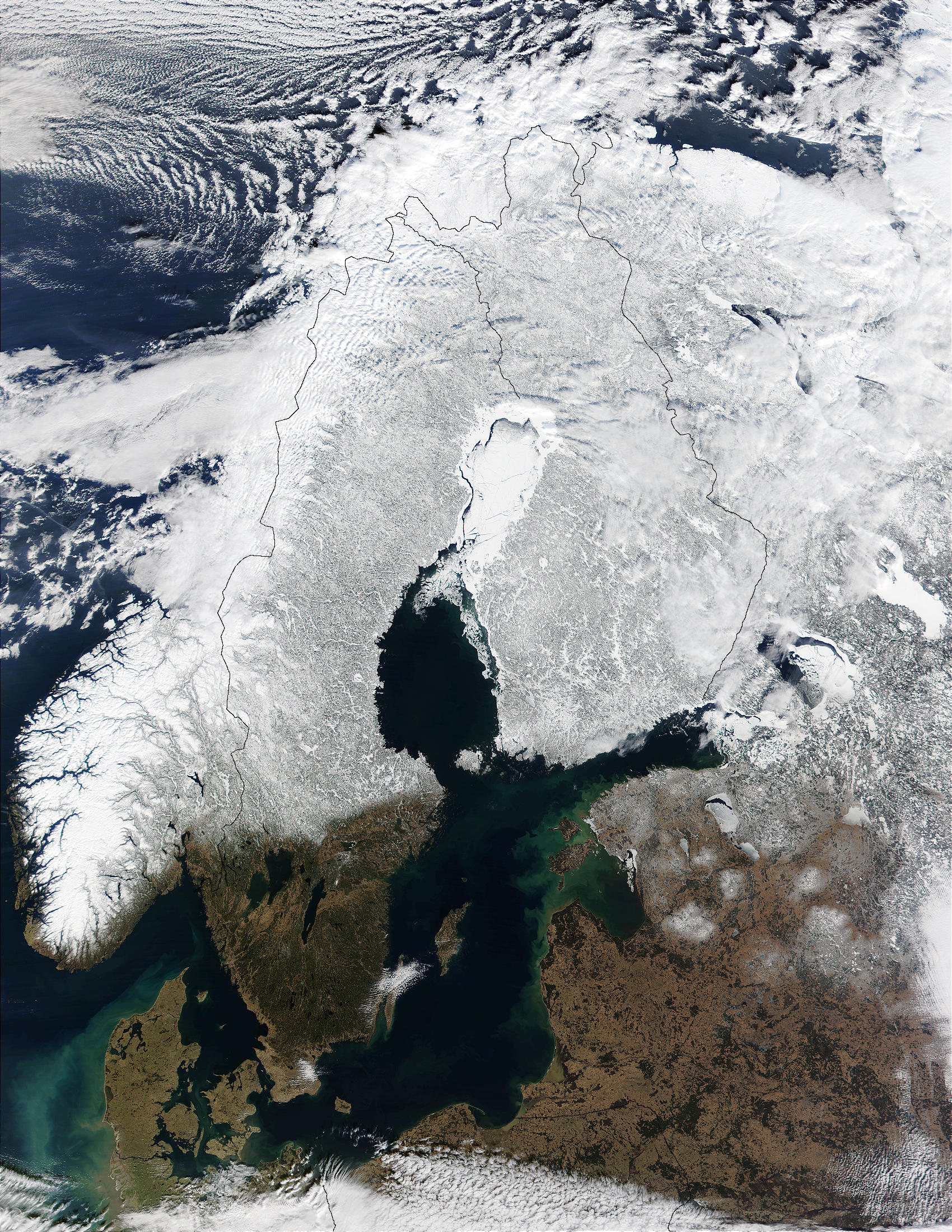 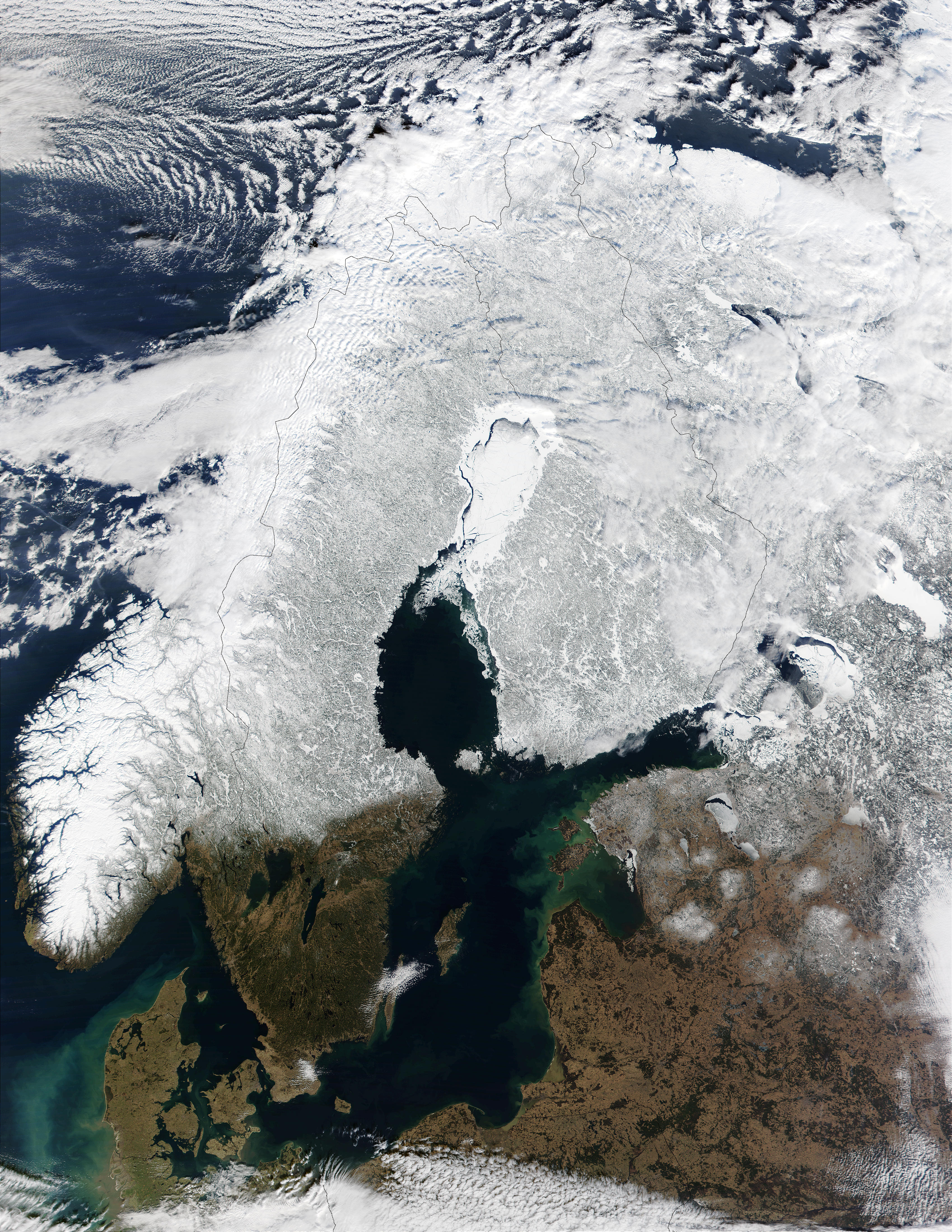 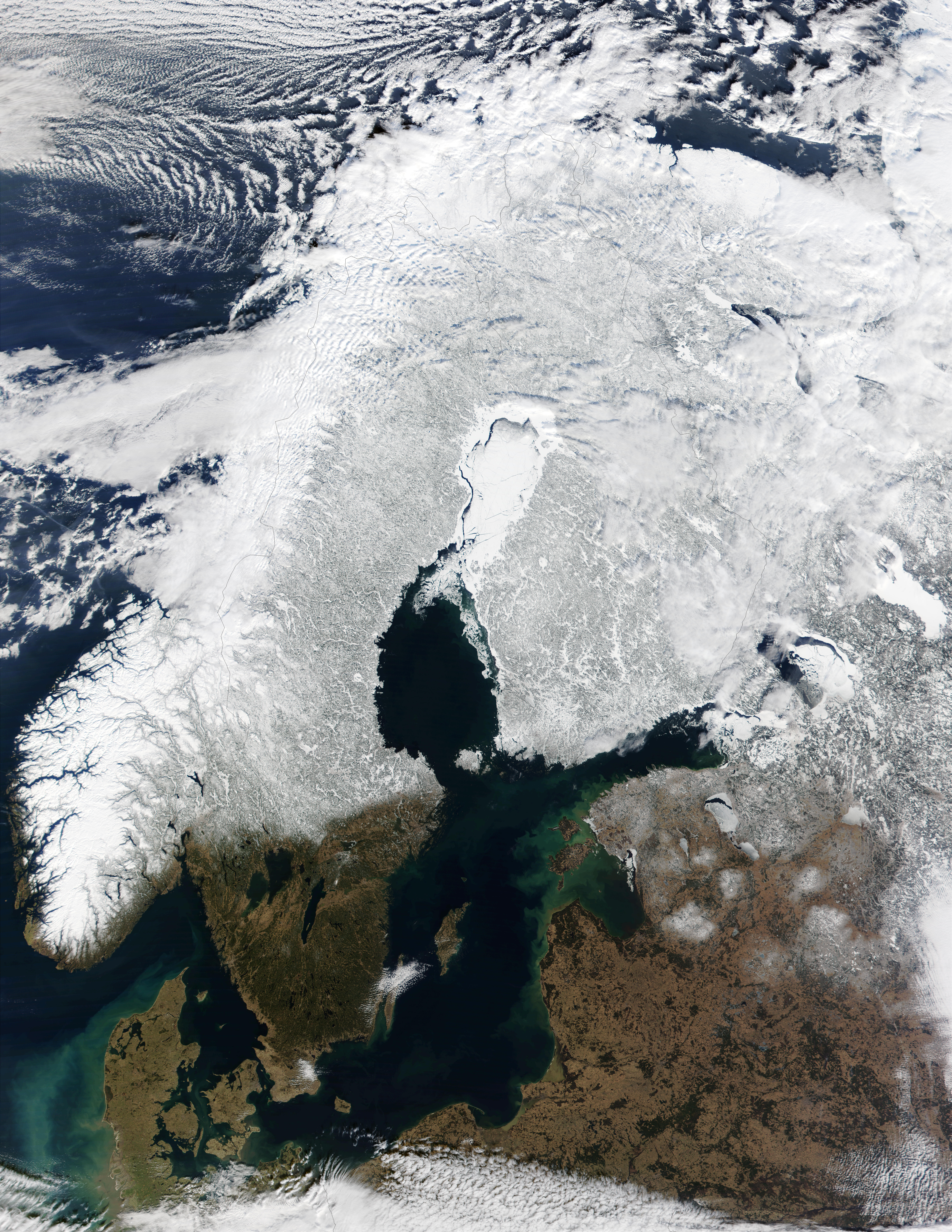 In this mostly cloud-free true-color scene, much of Scandinavia can be seen to be still covered by snow. From left to right across the top of this image are the countries of Norway, Sweden, Finland, and northwestern Russia. The Baltic Sea is located in the bottom center of this scene, with the Gulf of Bothnia to the north (in the center of this scene) and the Gulf of Finland to the northeast.

This image was acquired on March 15, 2002, by the Moderate-resolution Imaging Spectroradiometer (MODIS), flying aboard NASA's Terra satellite.