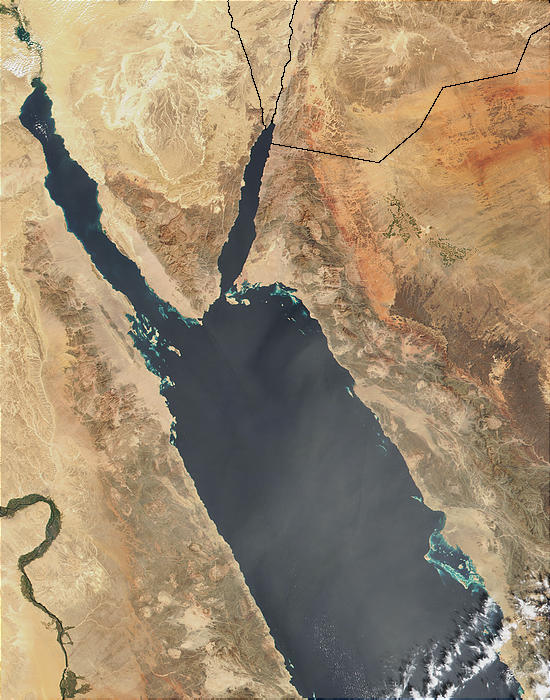 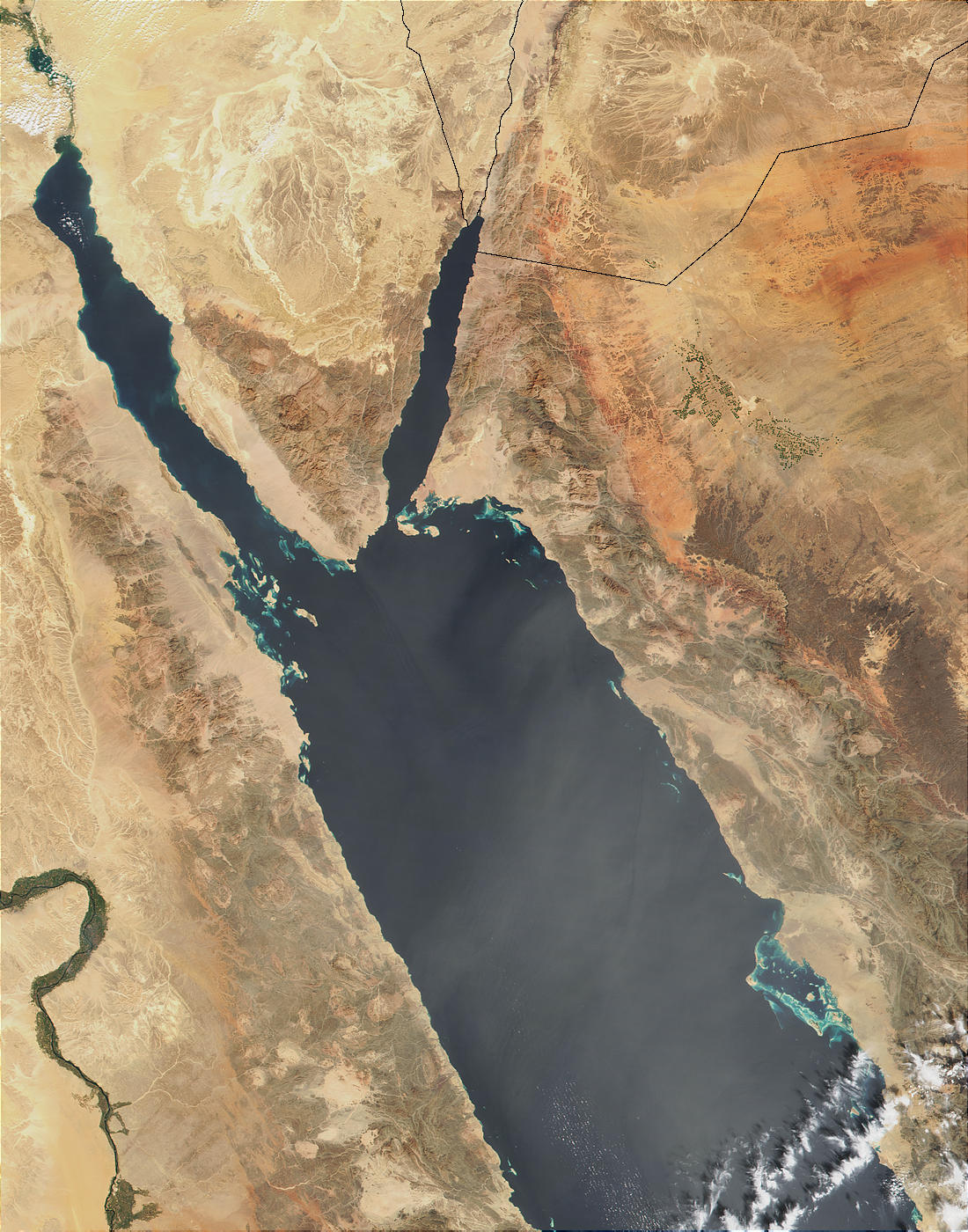 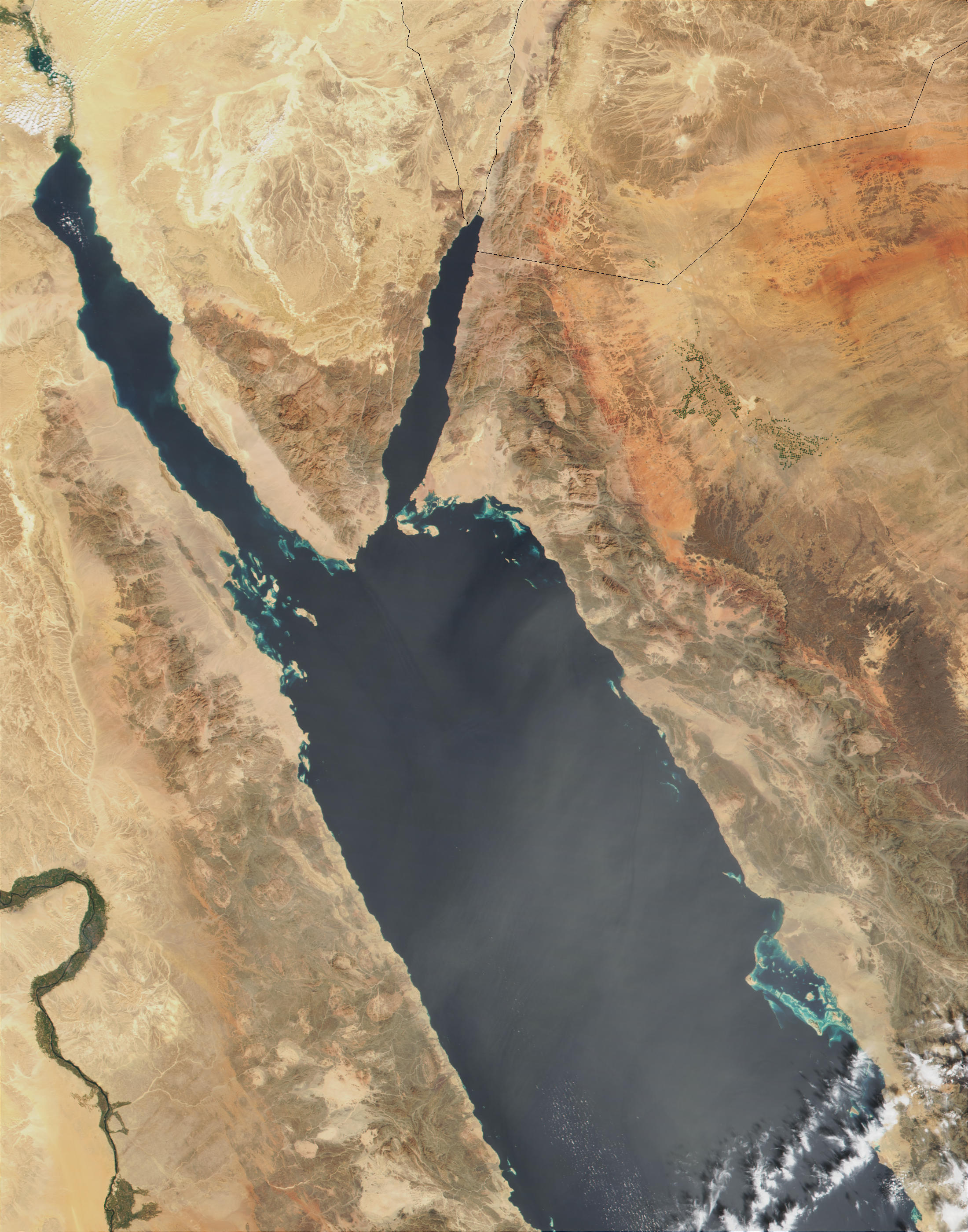 Dust over the Red Sea

Dust hangs in the air over the Red Sea in this true-color MODIS image from March 1, 2002. At the top center of the image, Egypt's Sinai Peninsula juts into the Red Sea, creating the Gulf of Suez (west) and the Gulf of Aqaba (east). Clockwise from Egypt are Israel, Jordan, and Saudi Arabia. In the northern portions of Saudi Arabia, ancient lava fields stain the reddish desert sands dark brown. To the southwest, green dots indicate crops being grown using center pivot irrigation. At lower left, the Nile cuts a fertile swath as it passes between Egypt's Western and Eastern Deserts.