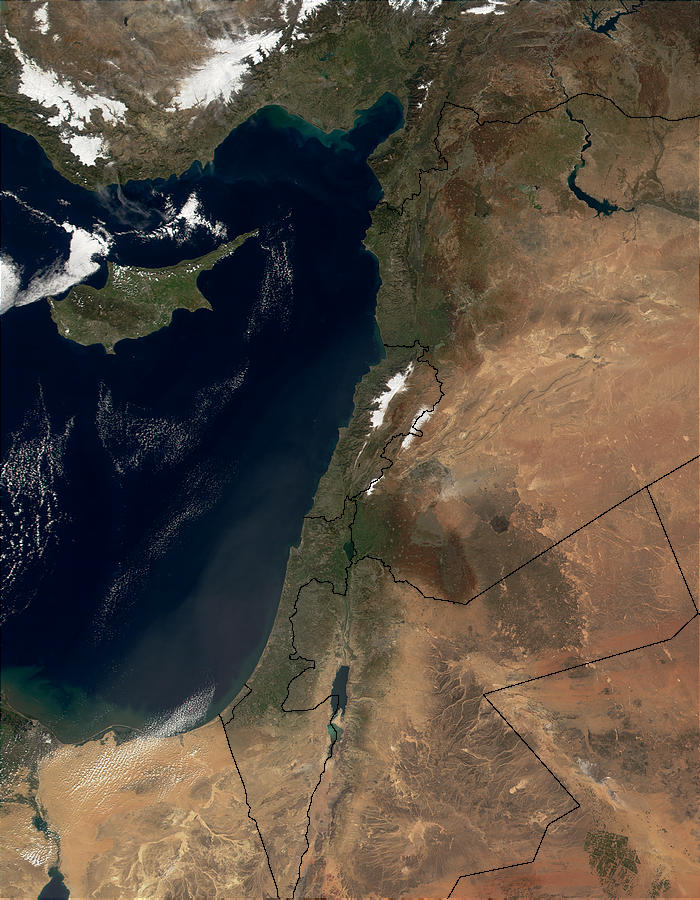 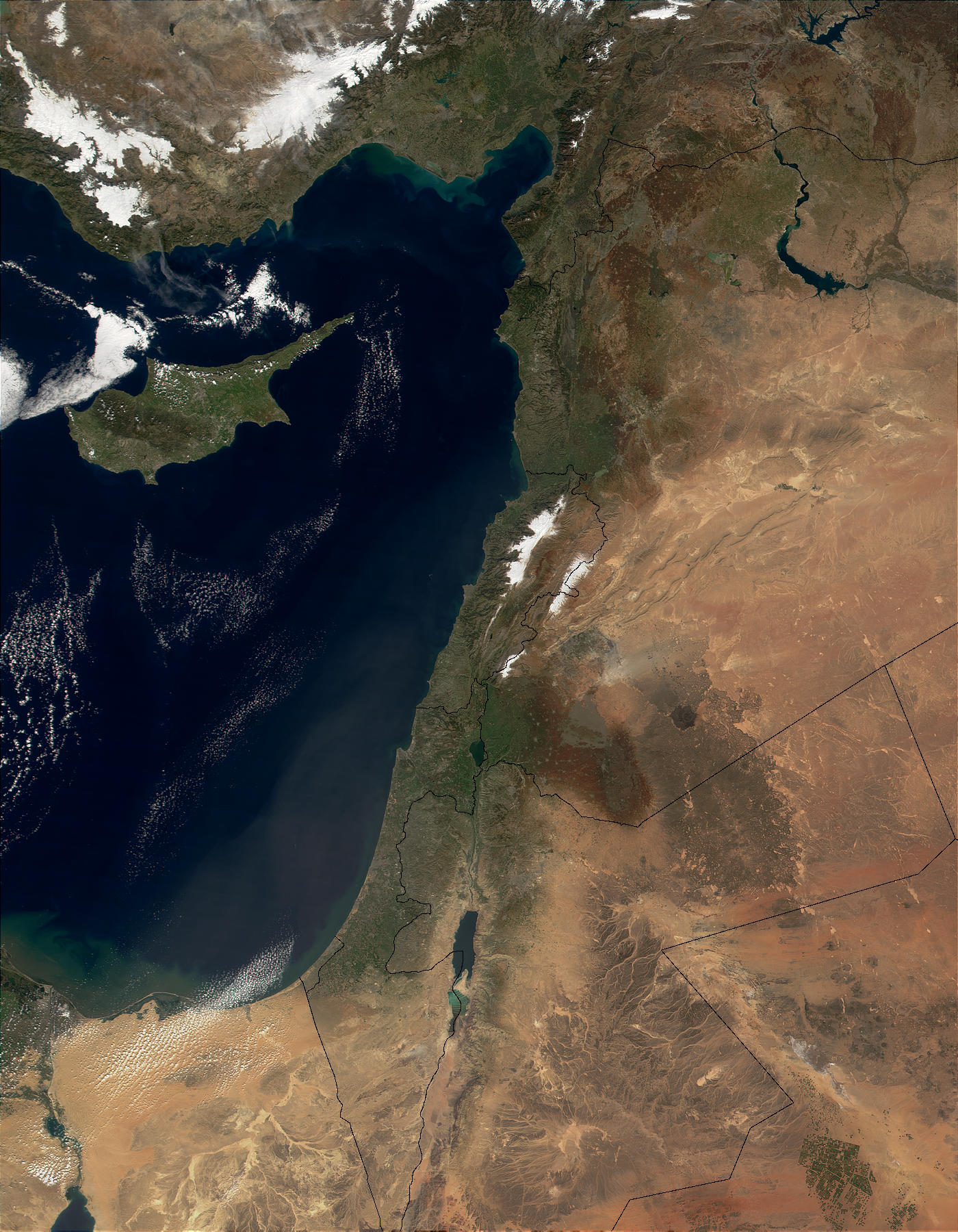 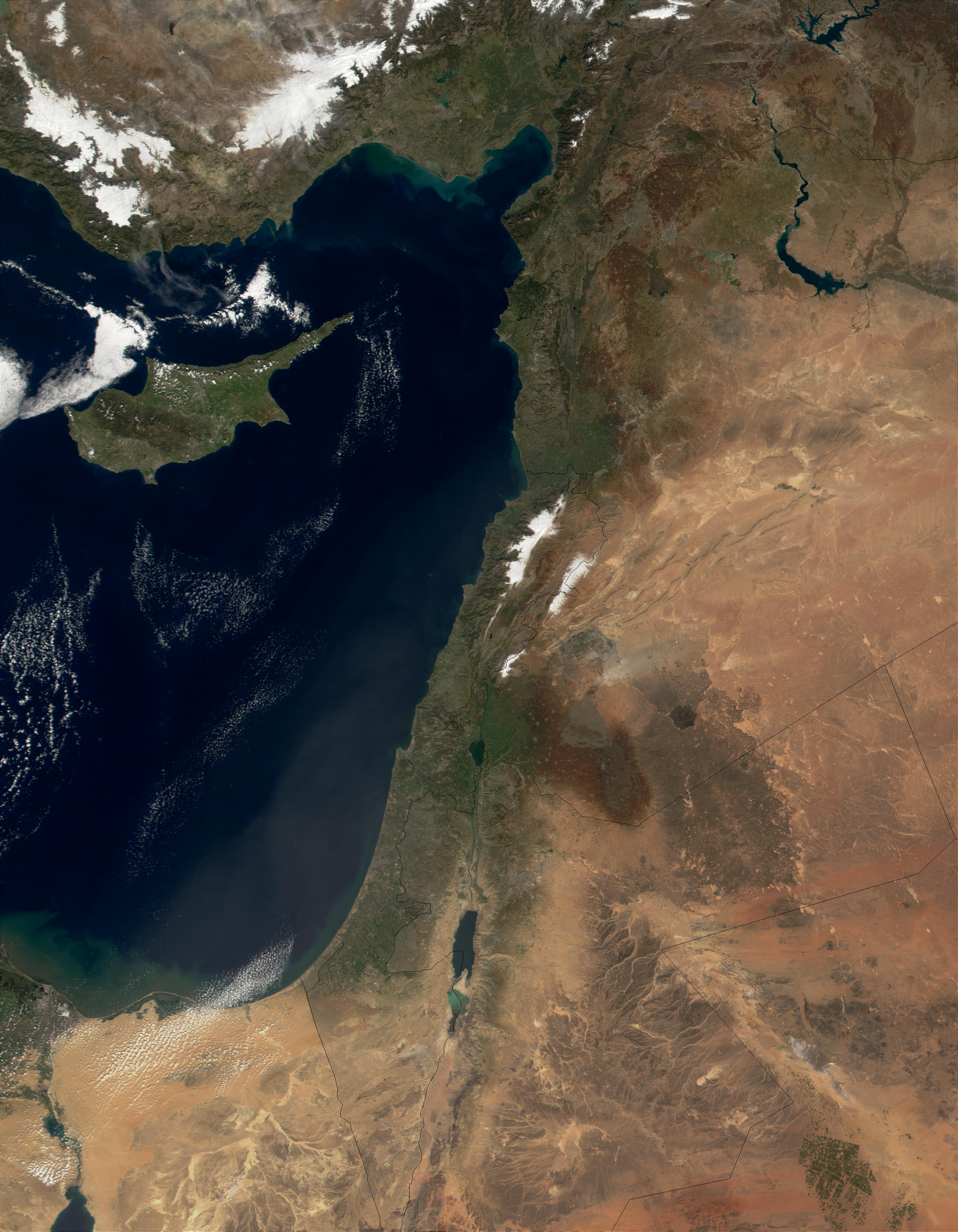 A plume of dust is stretching out over the Mediterranean Sea in this MODIS image from March 1, 2002. The dust is most likely coming from the deserts of northeast Egypt (lower left), and beneath the dust, the water along the coast is quite murky, suggesting high sediment levels. Several manmade features are apparent in the image. About a quarter of the way up from the bottom of the image, evaporative salt ponds have been developed in the Dead Sea, and the dividing structures are clearly visible in the light greenish waters (especially in the high-resolution image). At the lower right, small green circles form a larger geometric pattern against the red and brown arid landscape. These circles are small clusters of vegetation, produced by the use of center-pivot irrigation, in which water is drawn up from underground and spread (usually sprayed) in a circle around that well. At the upper right of the image, a large dark crescent marks the location of Buhayrat al-Asad (Lake Asad), which was created in the 1970s when the Euphrates River was dammed and a large section of the valley was flooded to create a reservoir.