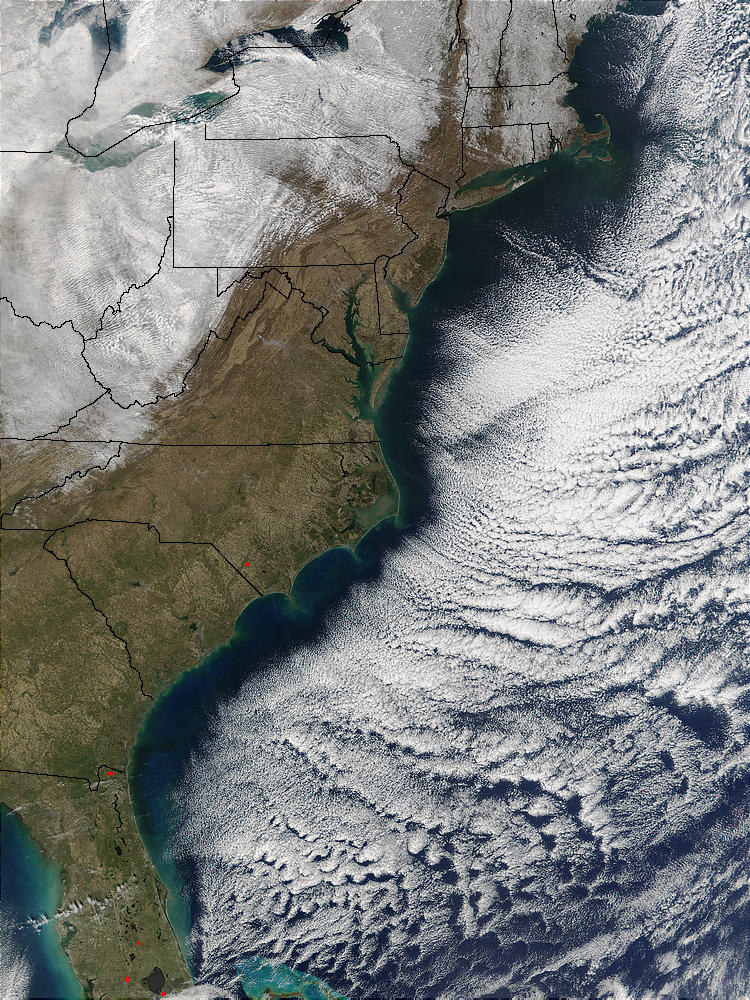 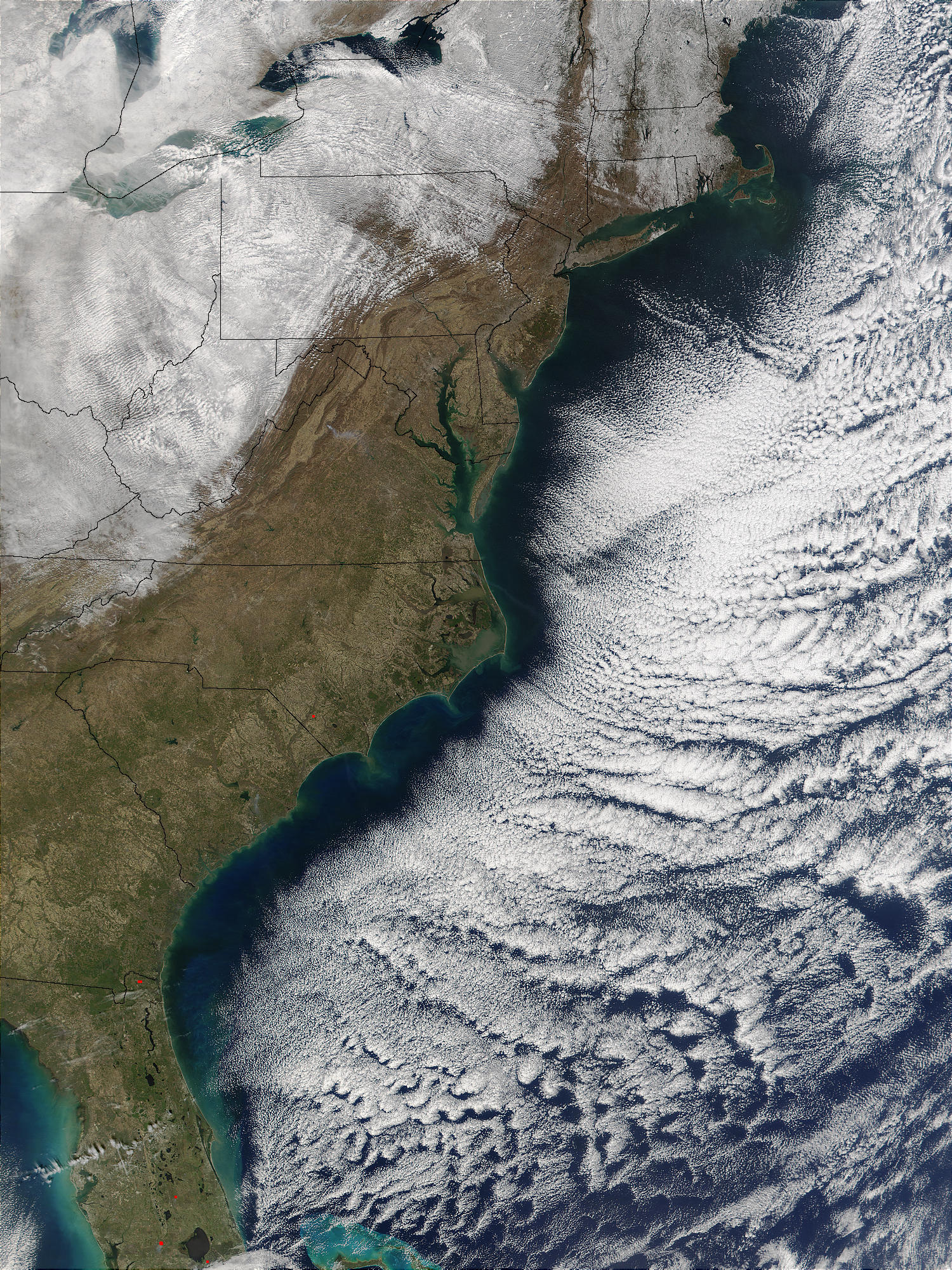 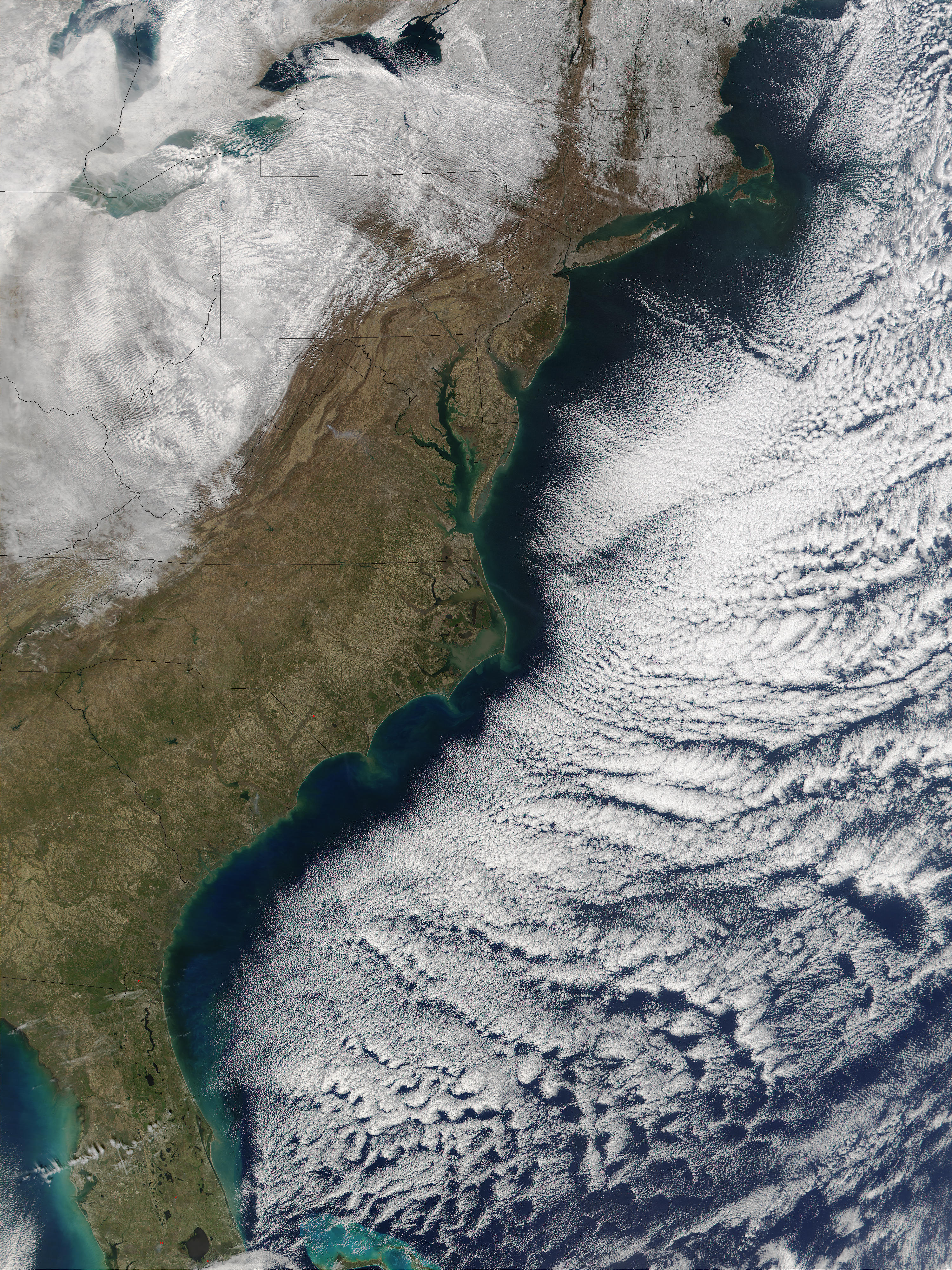 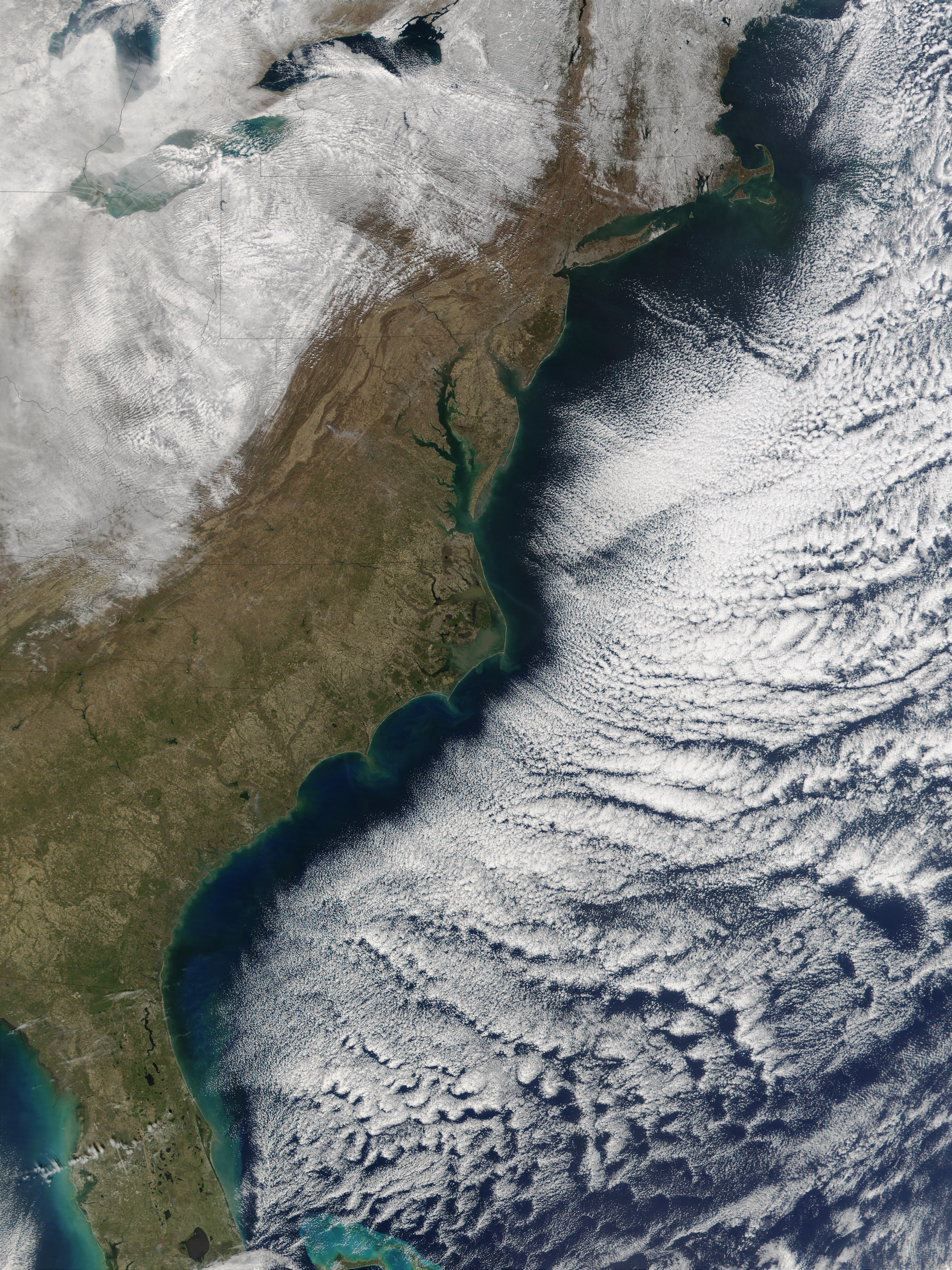 Snowy to the north and west and cloudy to the east, this MODIS image from February 28, 2002, shows the eastern U.S. Piedmont, a region of relatively low-lying, rolling plateau that runs between New Jersey to the north and Alabama to the south. Bounded on the west by the Appalachians and on the east by the Atlantic Coastal Plain, the Piedmont is fertile agricultural land, and appears to be greening up in (from bottom left) Georgia, South Carolina, and parts of North Carolina, while winter has left its snowy mark on West Virginia (left of center), and to the northeast in Pennsylvania, New York, and New England.