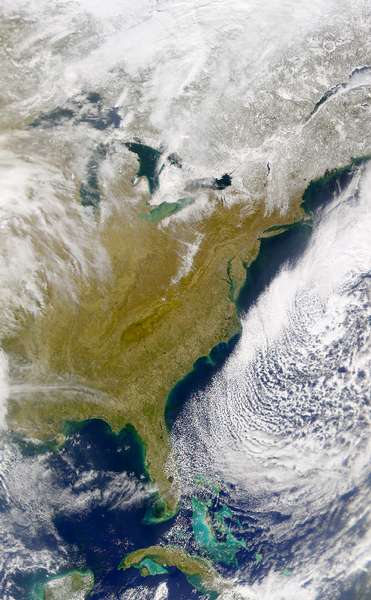 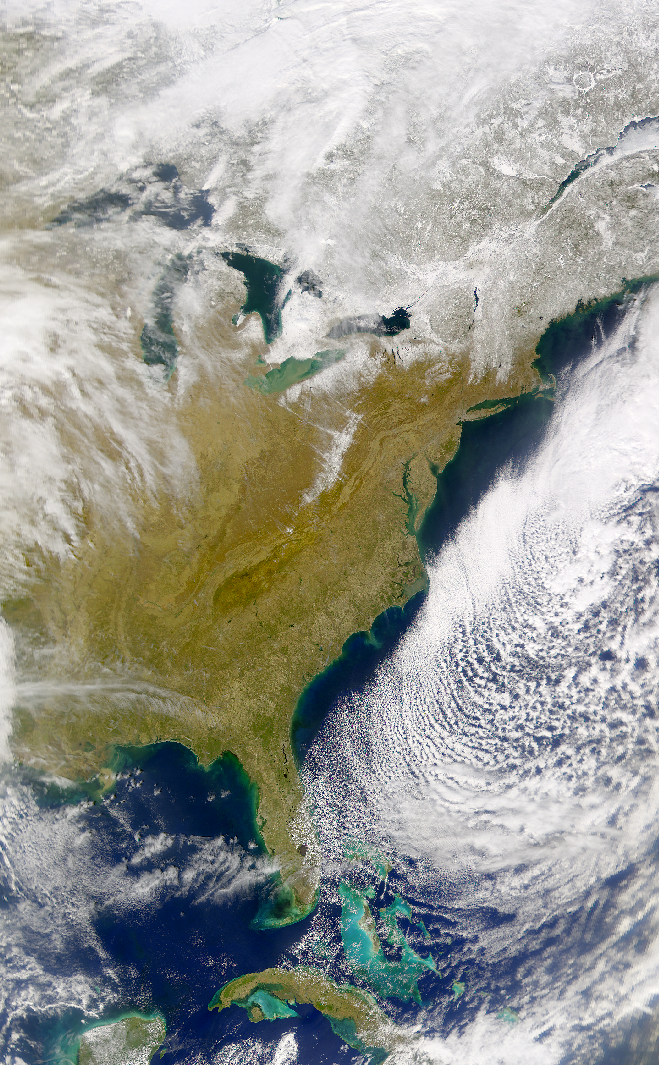 Most of the eastern United States had sunny weather on February 18, 2002, as can be seen in this SeaWiFS image. A prominent sediment plume is visible off of Cape Fear, North Carolina. Other than a band of snow cover in the western Appalachians that extends from West Virginia up through central Pennsylvania, the eastern states appear snow free. Snow cover is present in the Great Lakes region, New York, New England, and points north.