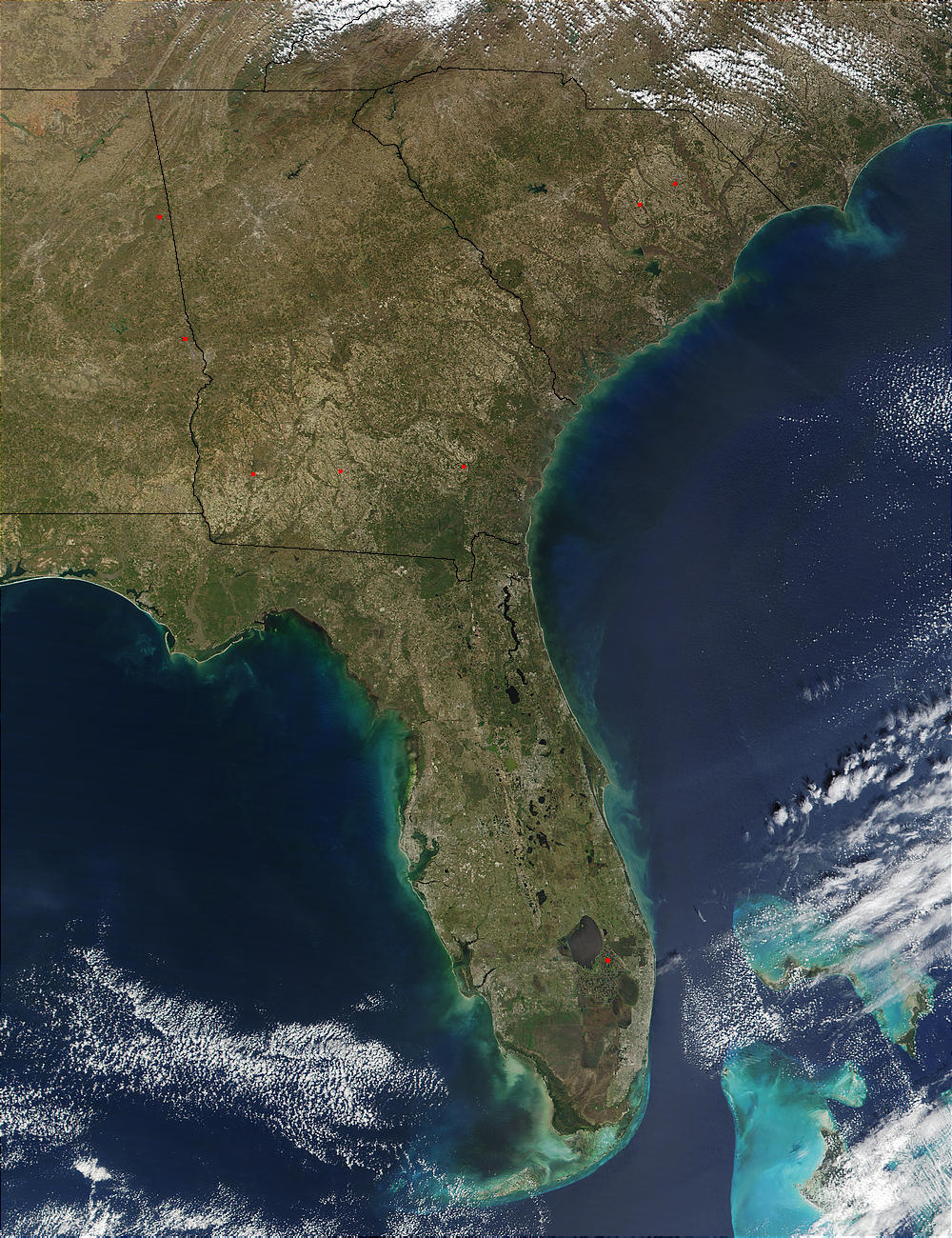 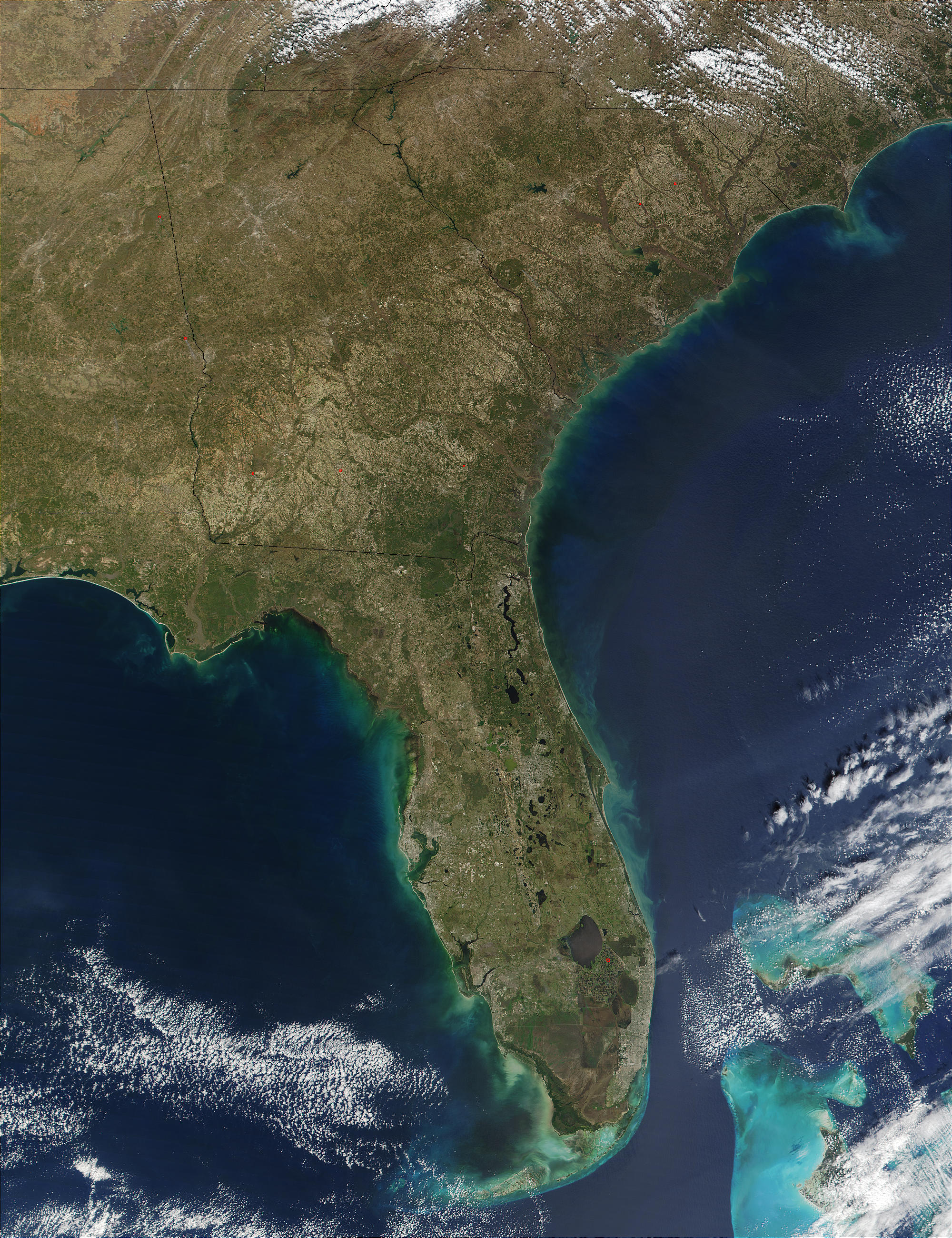 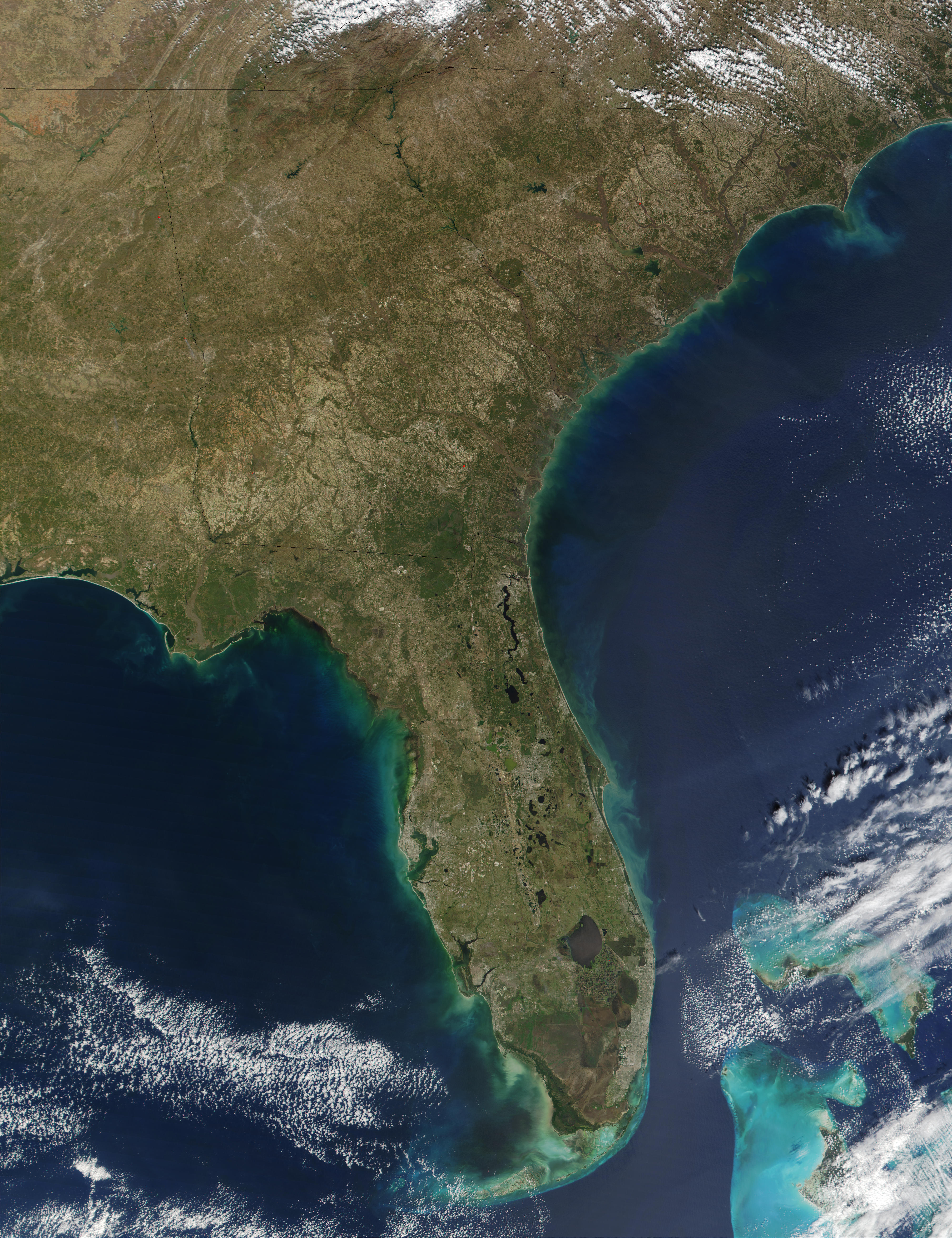 Numerous challenges exist in the effort to reclaim the Everglades and the entire South Florida. This true-color MODIS image from February 17, 2002, shows the area encompassed by the south Florida, also called the greater Everglades, ecosystem. The region stretches south from Orlando, (grayish area of pixels at the center of Florida) through the Chain of Lakes along the Kissimmee River, and includes purplish Lake Okeechobee (bottom), and the Everglades themselves, which are the mingled brown and green areas at the southwest of Florida.

The decline of the Everglades, whose problems include salt water intrusion, habitat loss, pollution, agricultural and urban run-off, and staggering reductions in native plant and animal, is the long-term result of a water management strategy implemented in the early 1950s to provide flood protection and freshwater to south Florida through the construction of over a thousand miles of canals and levees. These canals and levees can be seen crisscrossing the Everglades, and while they have served their intended purpose, they also have radically changed the normal flow of water through Florida.

Freshwater is being pumped out of underground aquifers faster than rainfall is recharging them, and saltwater from the oceans seeps in to fill the empty spaces. This water seeps into to aquifers that are being used to supply the region with drinking and irrigation water, making them unfit for their intended uses. While the canals and levees protect the region from flooding during the rainy season, they also channel vast amounts of fresh water into coastal estuaries, where disturbing the delicate balance of fresh and salt water negatively impacts fish and other biological populations. Among the threatened estuaries are Biscayne Bay, located at the southernmost end of the southeast's urban corridor, and Caloosahatchee estuary, located southwest of Lake Okeechobee on Florida's west coast.

The cement-colored strip along the southeast margin of the state is the urban corridor of West Palm Beach, Fort Lauderdale, and Miami. Florida has initiated a regional planning campaign called "Eastward Ho!" to encourage development that will revitalize the urban interior of those cities, rather than allowing new development to encroach any further westward into the Everglades. In response to the pressing water and other environmental concerns, the federal government has joined with state, regional and tribal organizations under the Everglades Restoration Plan to protect water and environmental quality while still meeting the water needs of those who live in the area.