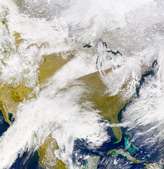 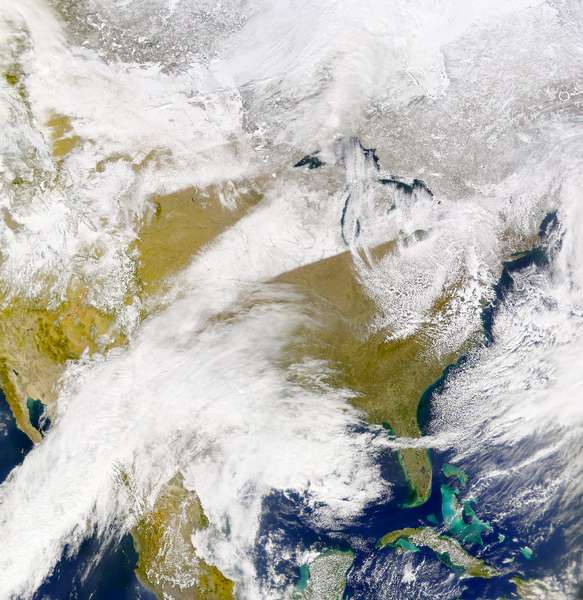 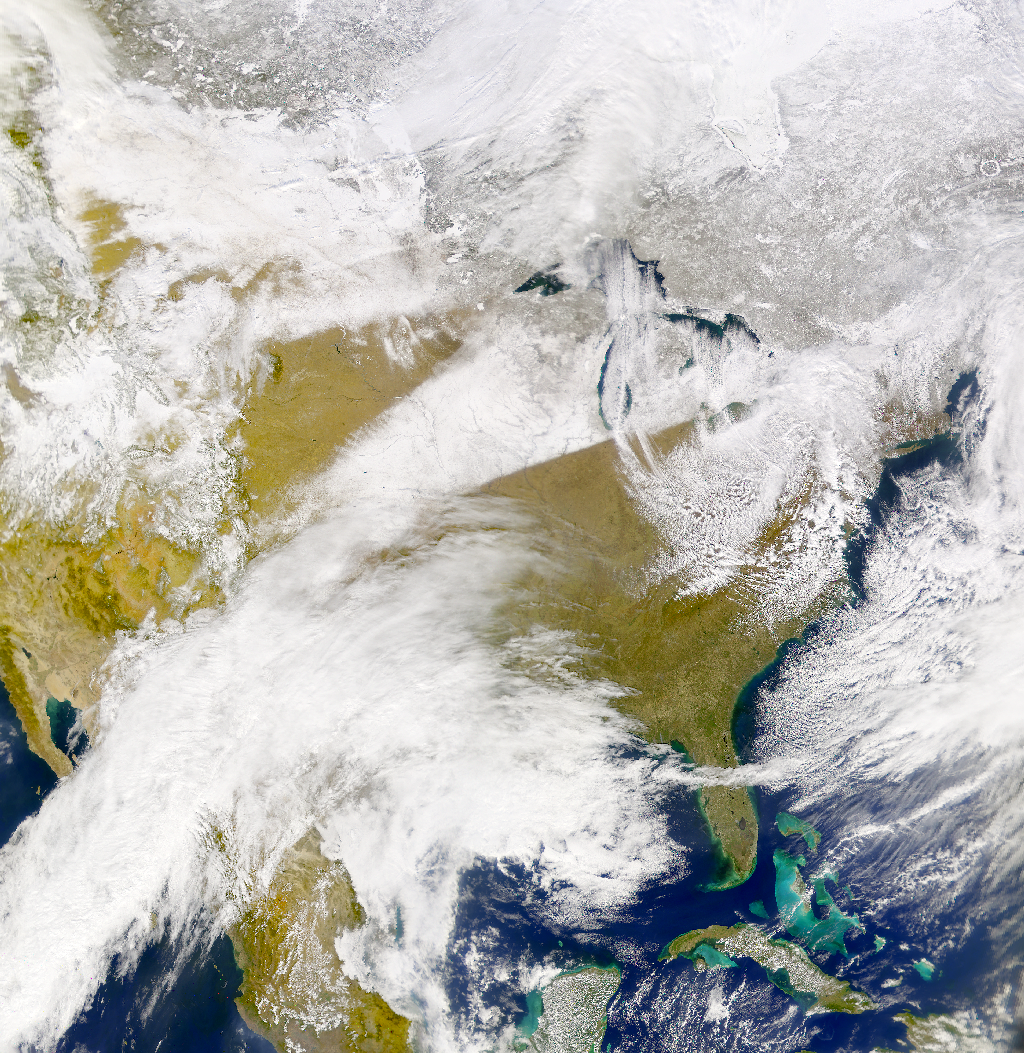 A clear, dry wind from the north was blowing southward across the Great Lakes on February 3, 2002 -- picking up moisture and forming clouds as it crossed the waters. This SeaWiFS iamge shows the resulting cloud formation stretching across Indiana and Ohio toward the central and southern Appalachian Mountains. Also visible in this image are the sharp northwestern and southeastern boundaries of a band of snowfall stretching across the Midwest and into the Great Lakes region. Much farther south, the warm, clear, shallow waters around the Bahamas, Cuba and Belize appear aquamarine because of the sunlight reflected from light-colored bottom sediments.