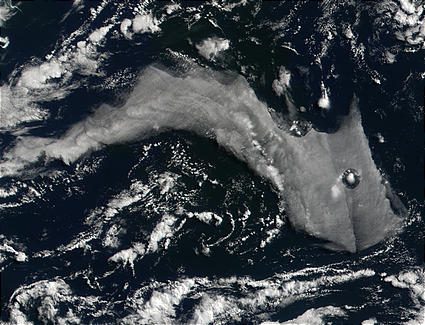 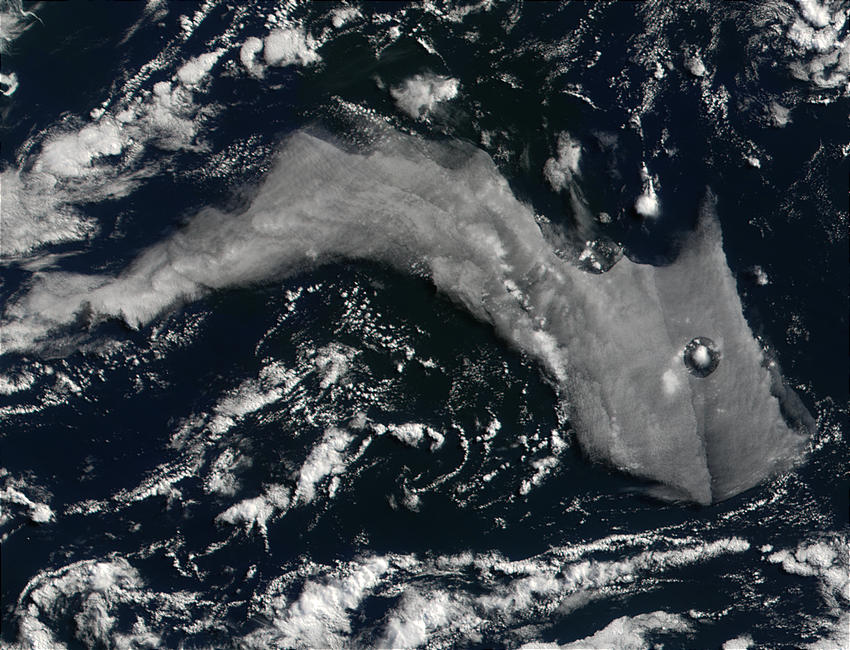 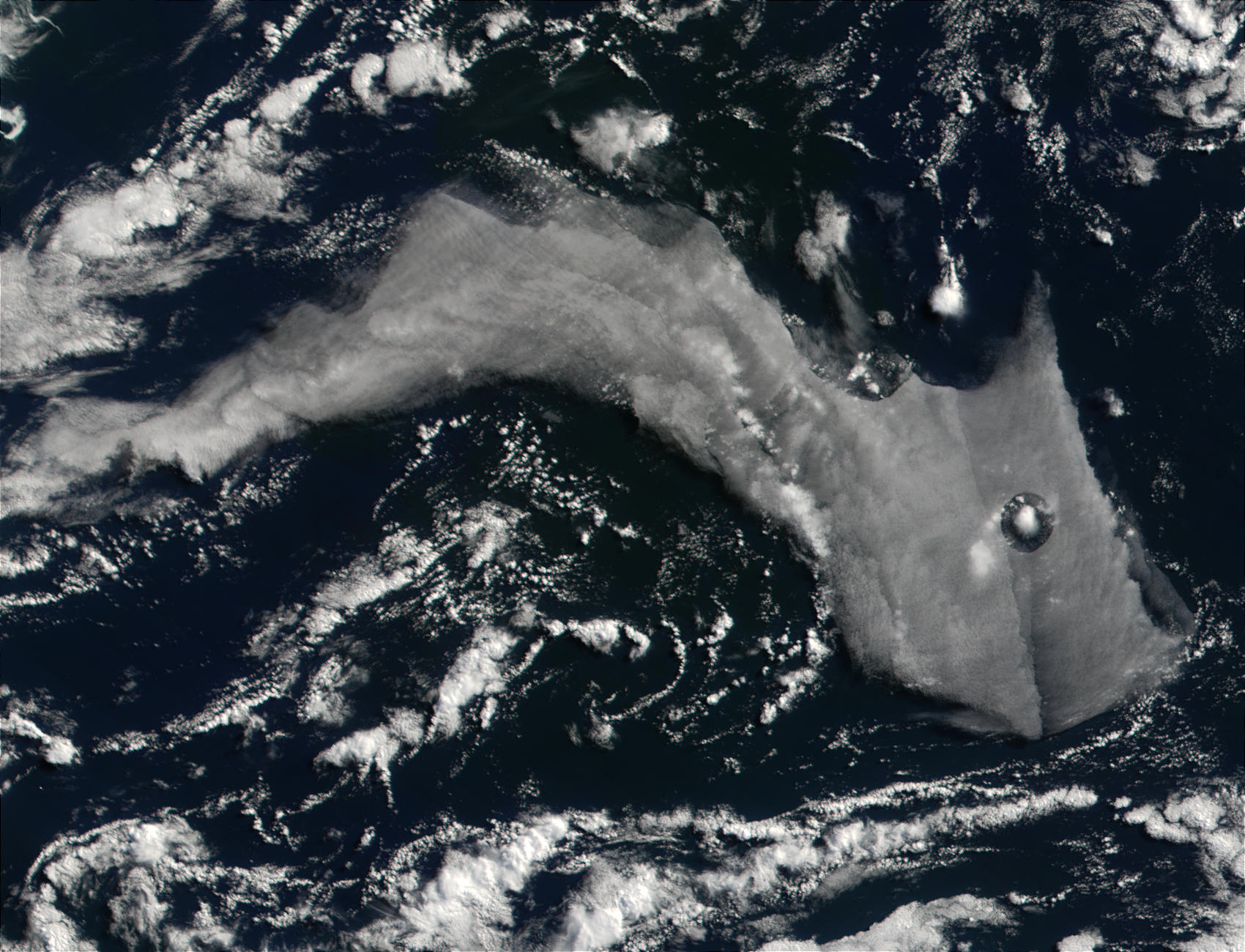 On January 28, 2002, MODIS captured this image of an interesting cloud formation in the boundary waters between Antarctica's Ross Sea and the Southern Ocean. A dragon? A snake? A fish? No, but it is an interesting example of the atmospheric physics of convection.

The "eye" of this dragon-looking cloud is likely a small spot of convection, the process by which hot moist air rises up into the atmosphere, often producing big, fluffy clouds as moisture in the air condenses as rises into the colder parts of the atmosphere. A false color analysis that shows different kinds of clouds in different colors reveals that the eye is composed of ice crystals while the "body" is a liquid water cloud. This suggests that the eye is higher up in the atmosphere than the body.

The most likely explanation for the eye feature is that the warm, rising air mass had enough buoyancy to punch through the liquid water cloud. As a convective parcel of air rises into the atmosphere, it pushes the colder air that is higher up out of its way. That cold air spills down over the sides of the convective air mass, and in this case has cleared away part of the liquid cloud layer below in the process. This spilling over of cold air from higher up in the atmosphere is the reason why thunderstorms are often accompanied by a cool breeze.