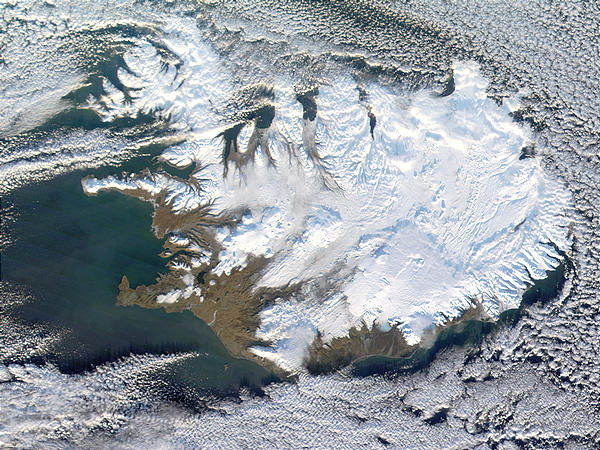 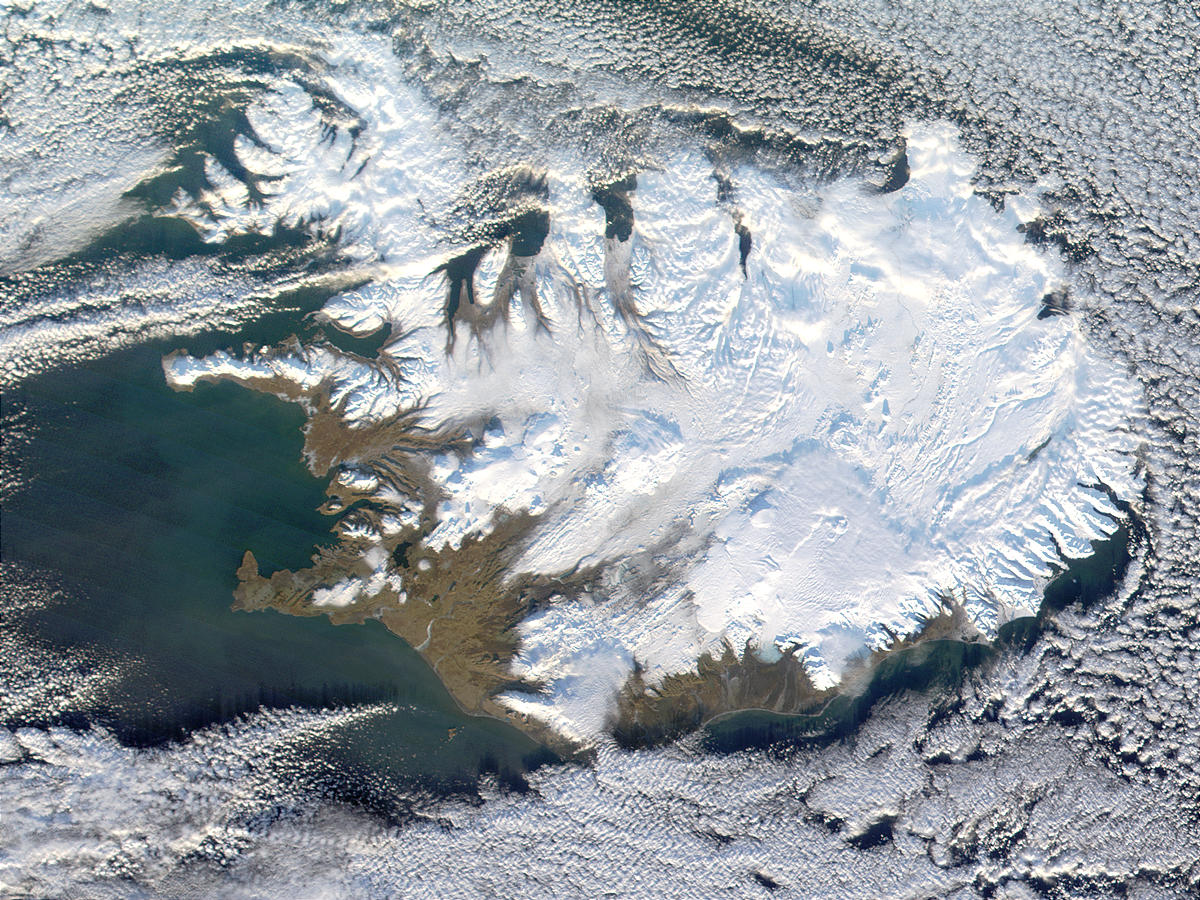 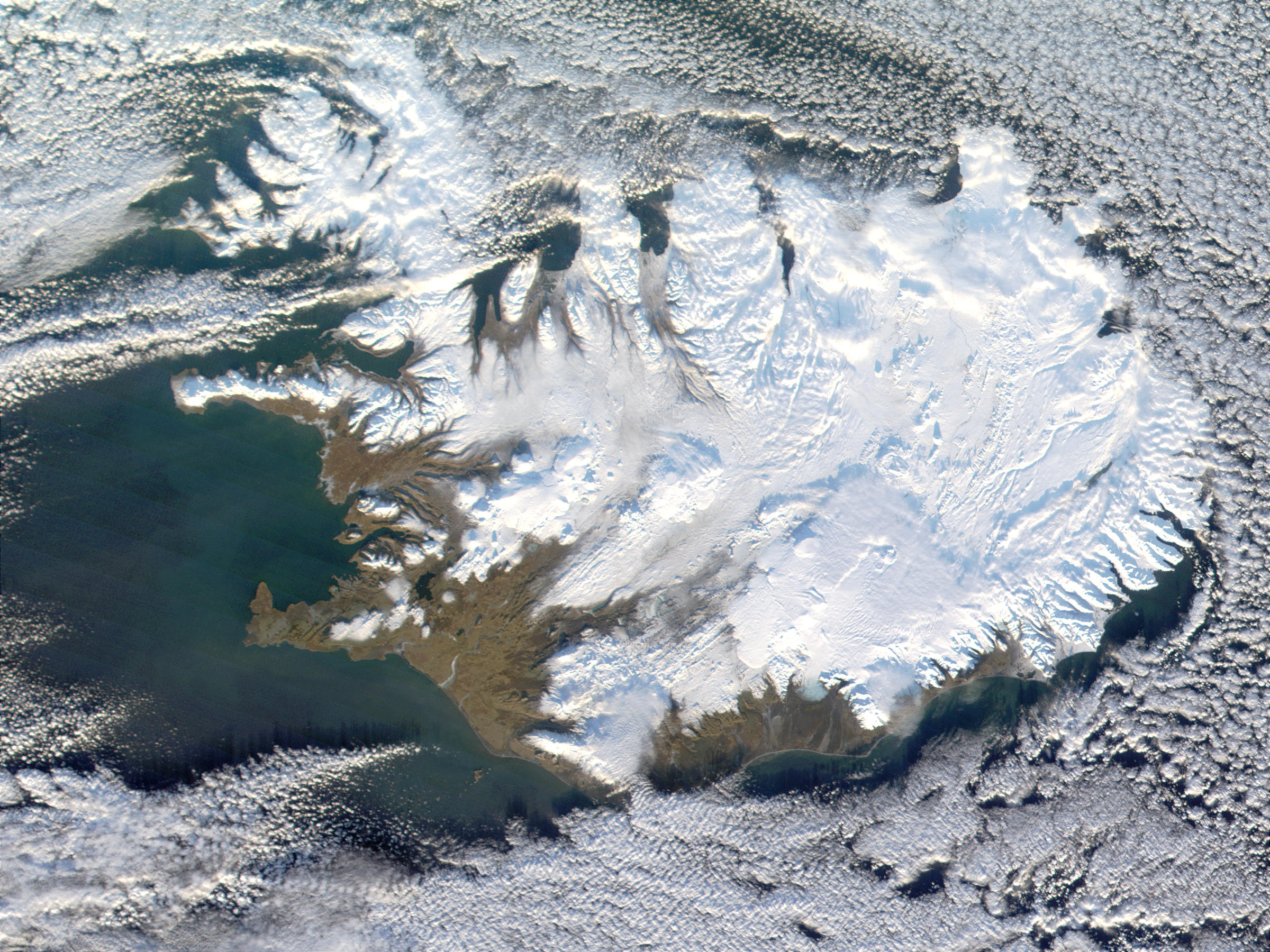 Iceland's icy exterior hides its steamy volcanic underpinnings. Running roughly northeast to southwest through the island country is the northern part of the vast Mid-Atlantic Ridge, the divergent boundary of the North American tectonic plate and the Eurasian plate. The two plates are diverging, essentially pulling Iceland apart, and often resulting in intense sub-glacial volcanic activity.

One of Iceland's most active volcanic centers is locked beneath the 8300-km<sup>2</sup> Vatnajvkull Glacier in southeast Iceland. The Grmmsvvtn center has erupted around once every ten years during the past few hundred years. Beneath the enormous glacier, the intense geothermal activity continuously melts the ice to form a sub-glacial lake in the volcano's caldera (crater). The melt waters eventually flood the caldera, and pour out from underneath the glacier, resulting in often devastating glacial outburst floods that occur every 5-15 years.

This MODIS image was made from data acquired on January 27, 2002.