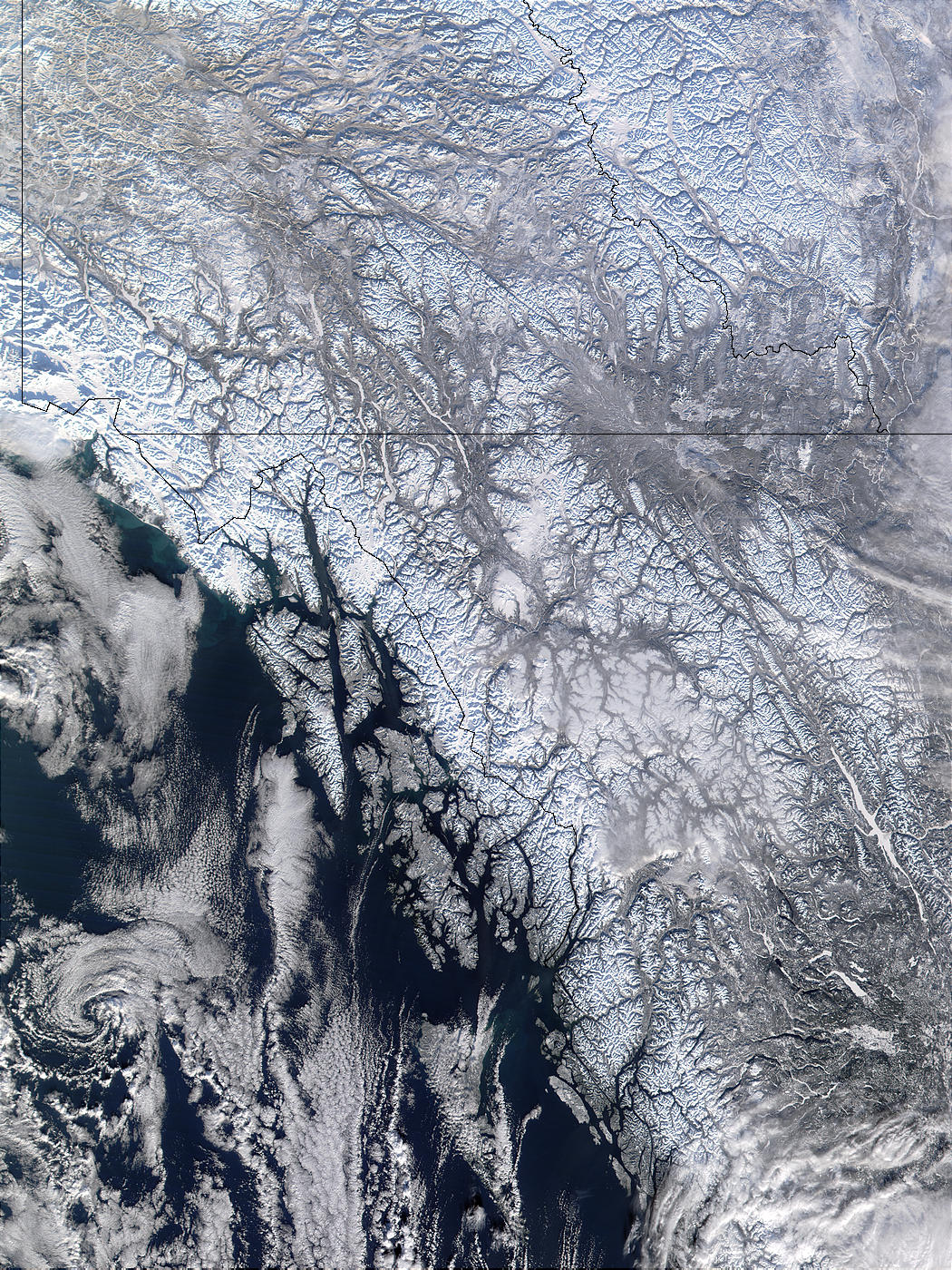 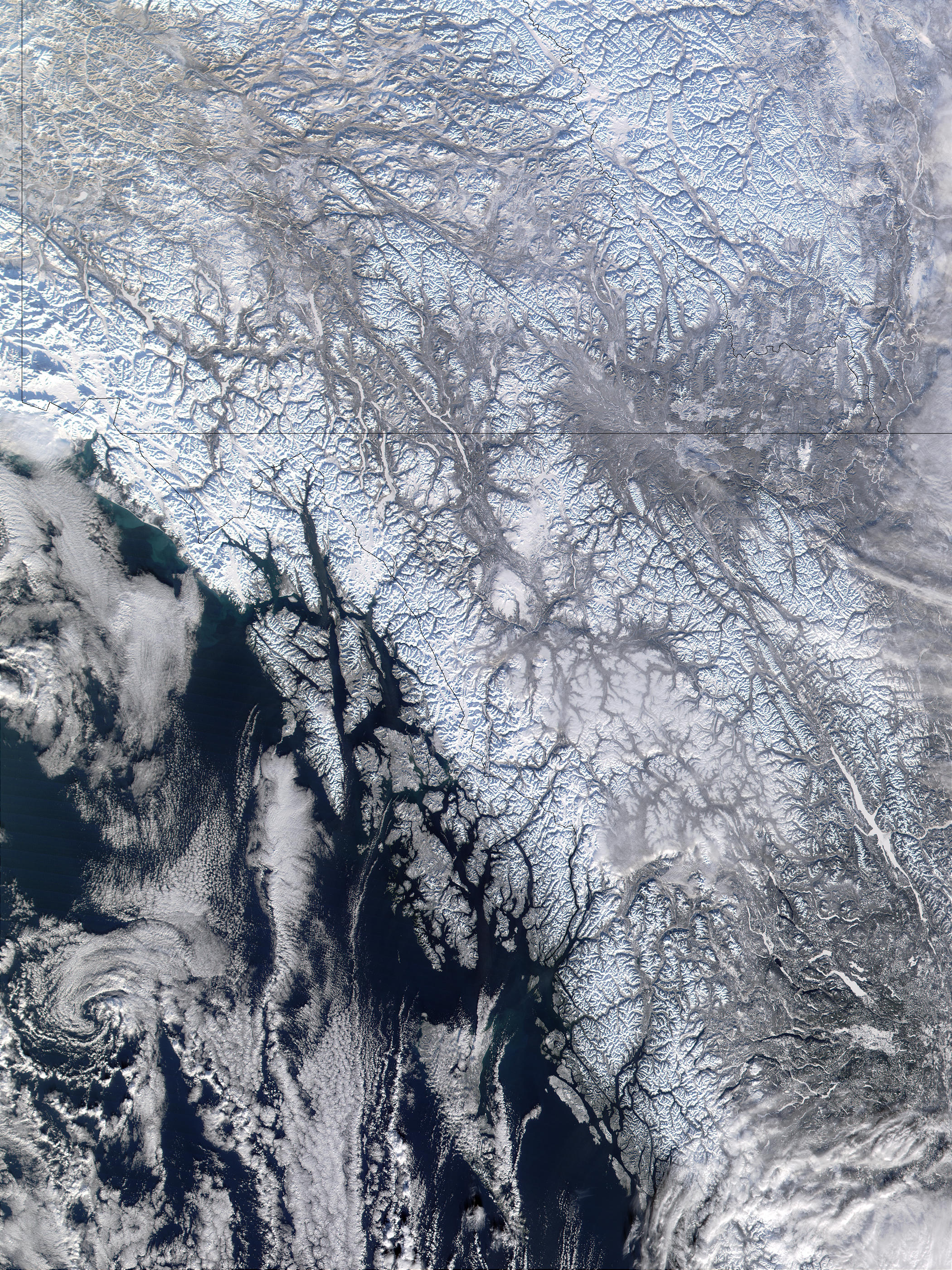 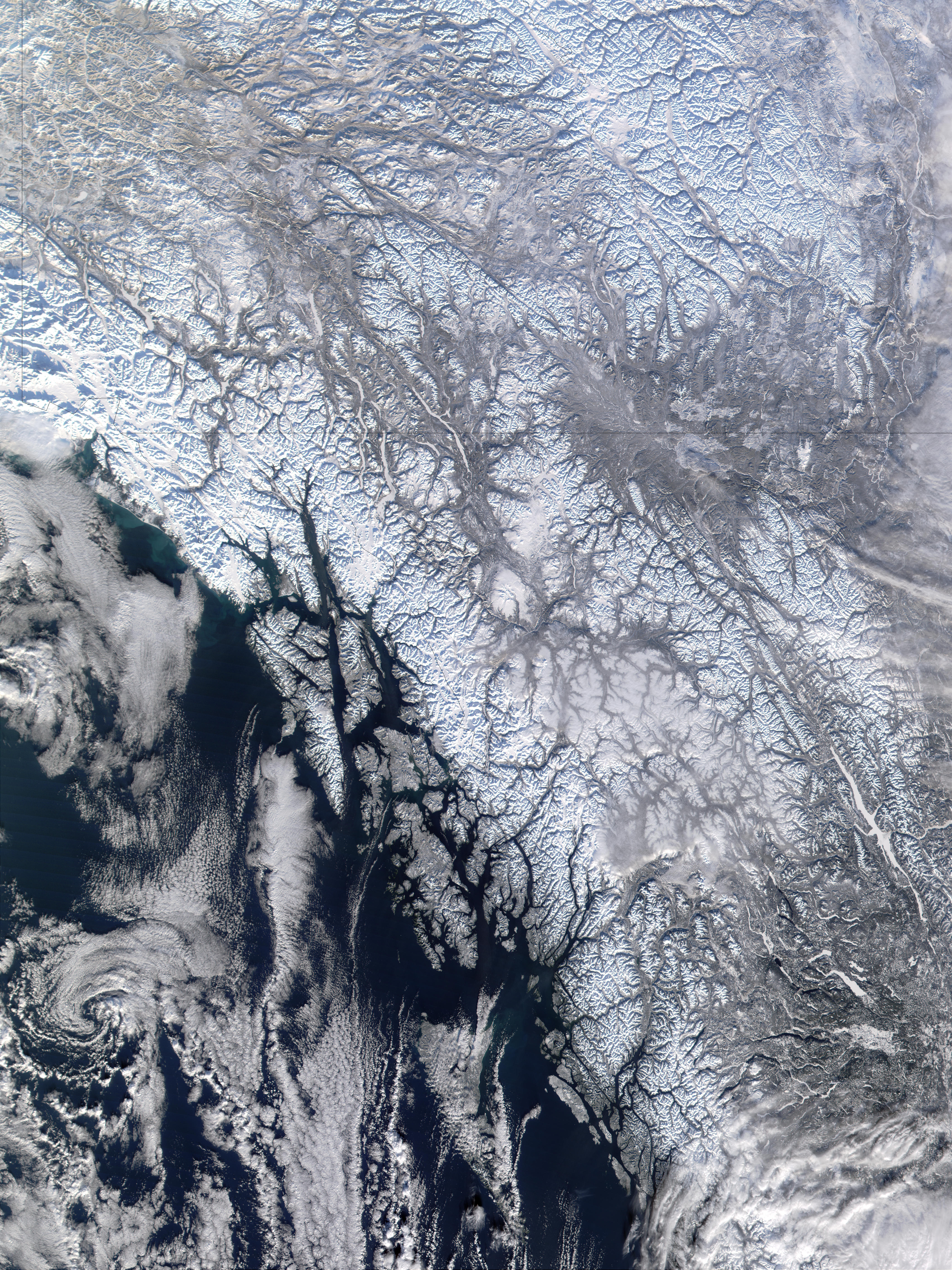 The Canadian provinces of British Columbia (bottom), Northwest Territories (upper-right), and Yukon Territory (top-left), along with the southeastern portion of Alaska (upper-left), are covered with snow and ice in this true-color MODIS image. Acquired from MODIS on January 28, 2002, the image displays the mountainous terrain the dominates northwestern North America. Just to the right of center the Canadian Rocky Mountains are visible, and nestled among them is the lengthy Williston Lake, which appears to be frozen.