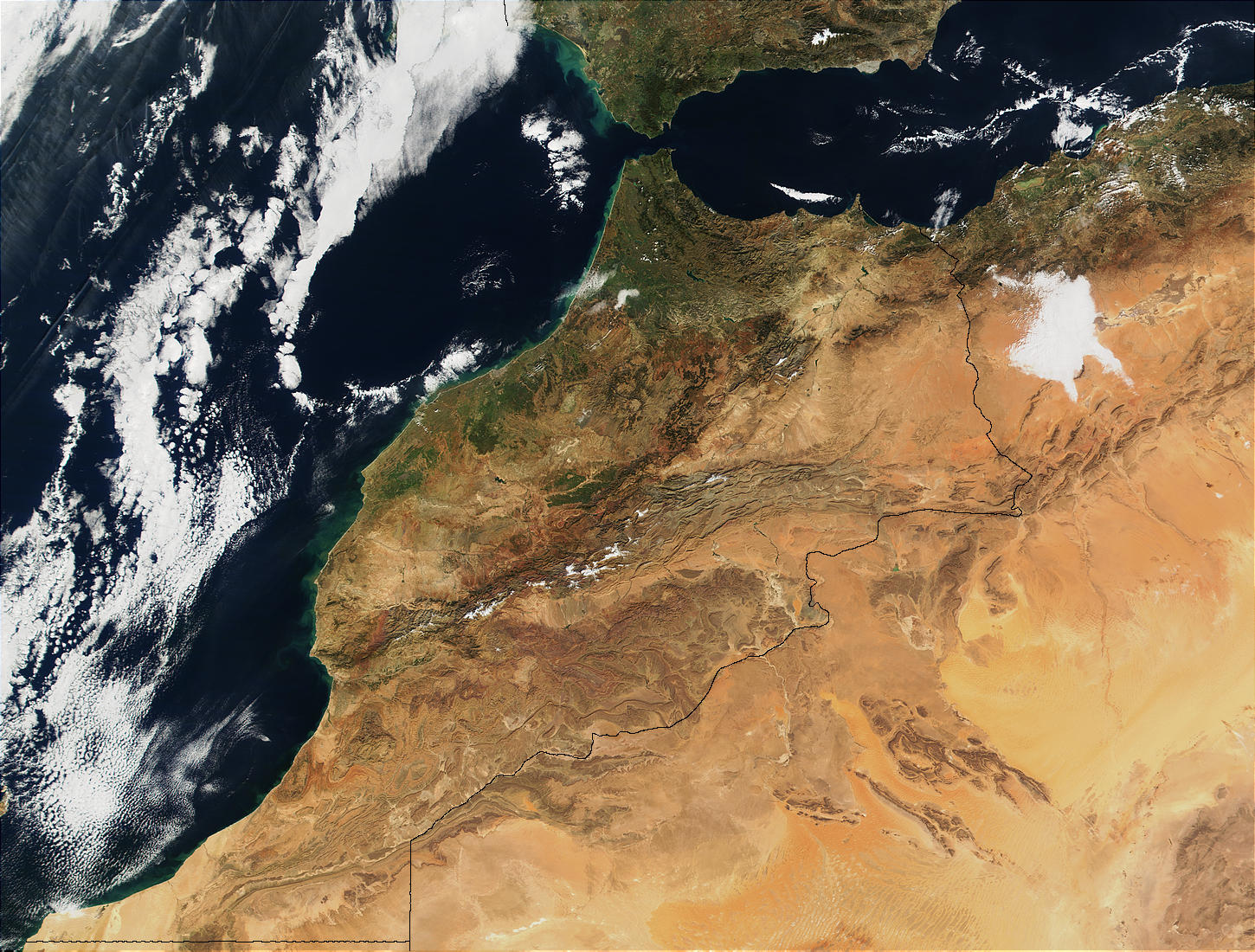 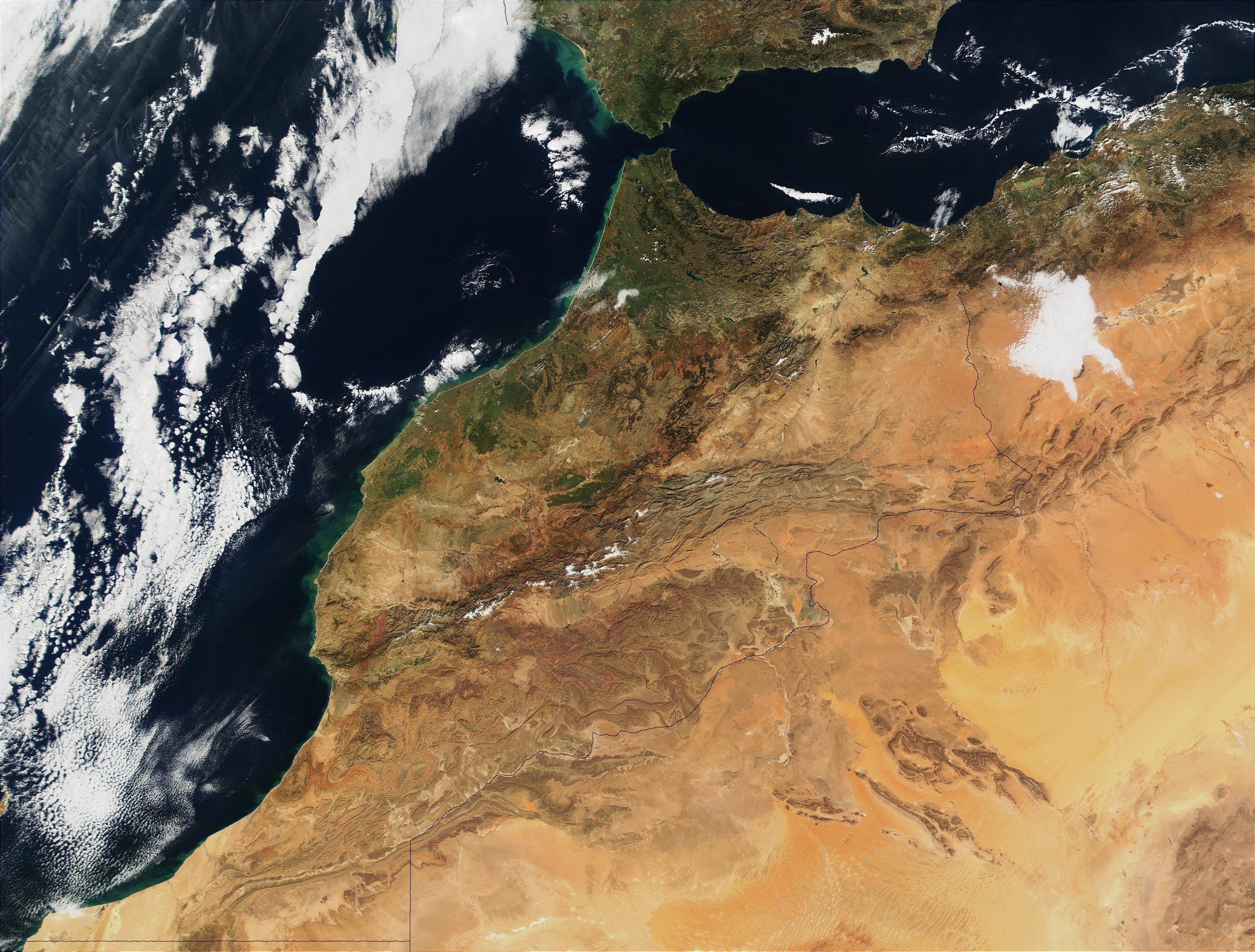 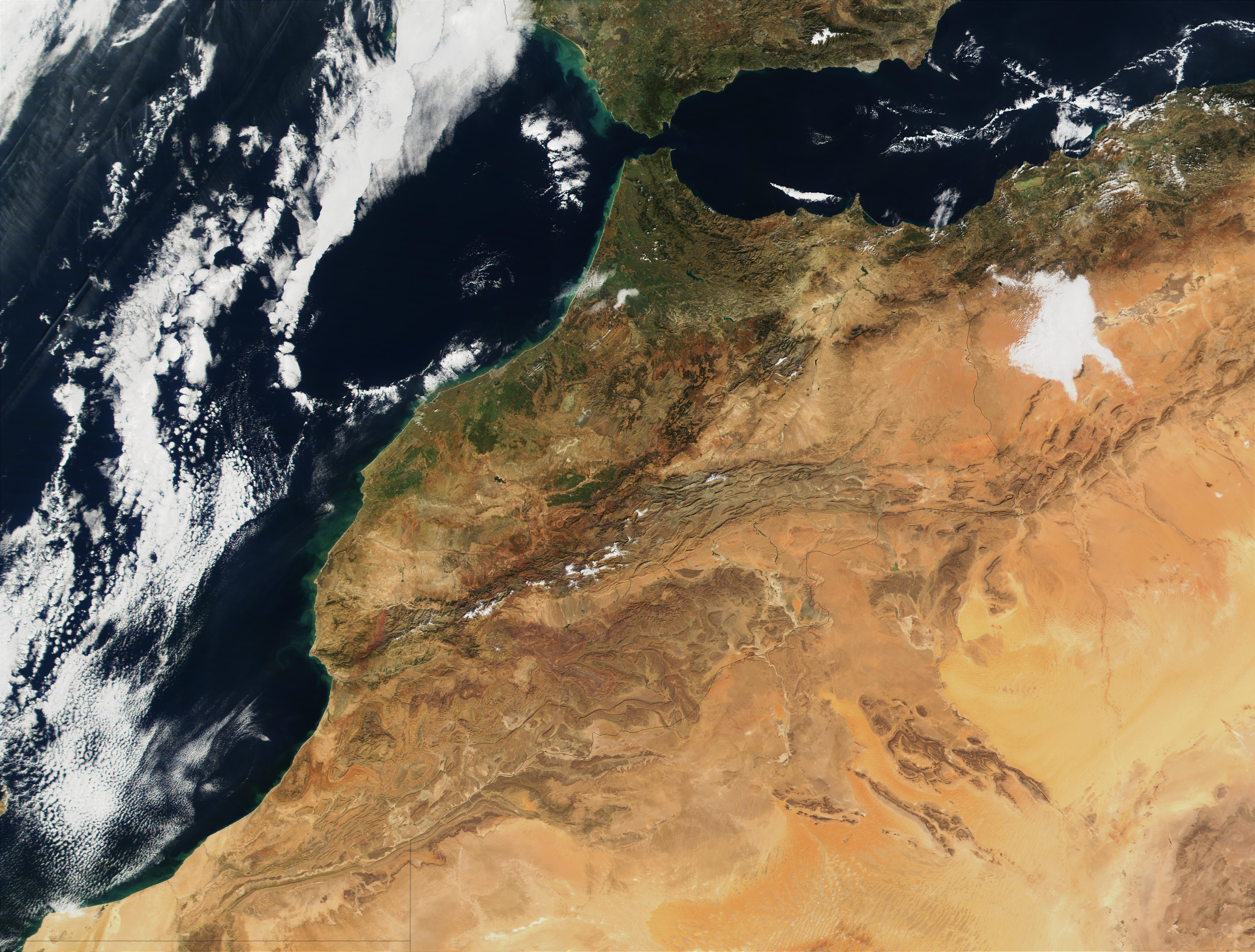 On January 25, 2002, MODIS acquired this image of northwestern Africa, including the countries of Morocco (center), Algeria (right), and the very northern edge of Western Sahara (bottom left). The Atlas Mountains, which run northeasterly across the image, play a large role in Morocco's varied climate. Southwest trade winds from the Mediterranean Sea (upper right) as well as oceanic effects from the Atlantic (left) provide moisture to the temperate northern coastal region of the country, which is evident by the green vegetation. The high altitudes of the Atlas Mountains, which range from the western coast of Morocco to northeastern Algeria, act as a barrier, blocking the moisture from reaching the continent's interior. To the south and southeast of the mountains, the Sahara Desert (bottom and lower right) is afforded little of the moisture that the coast receives.