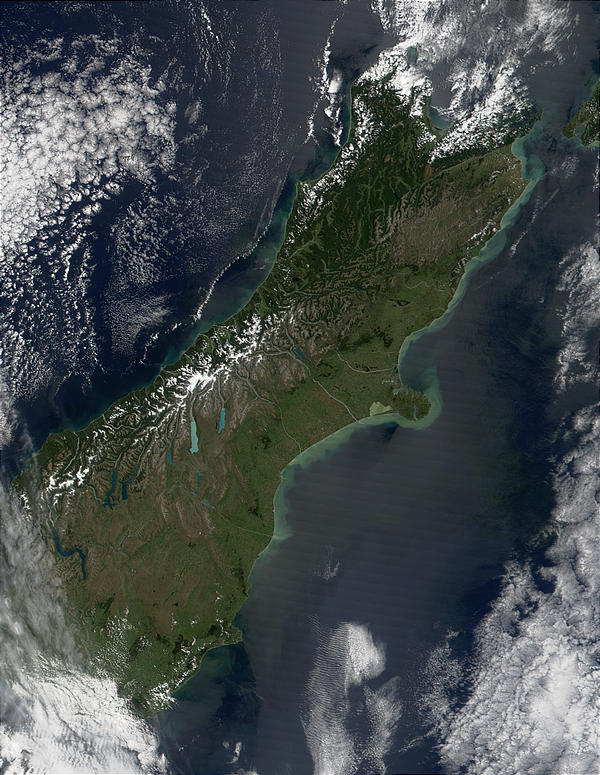 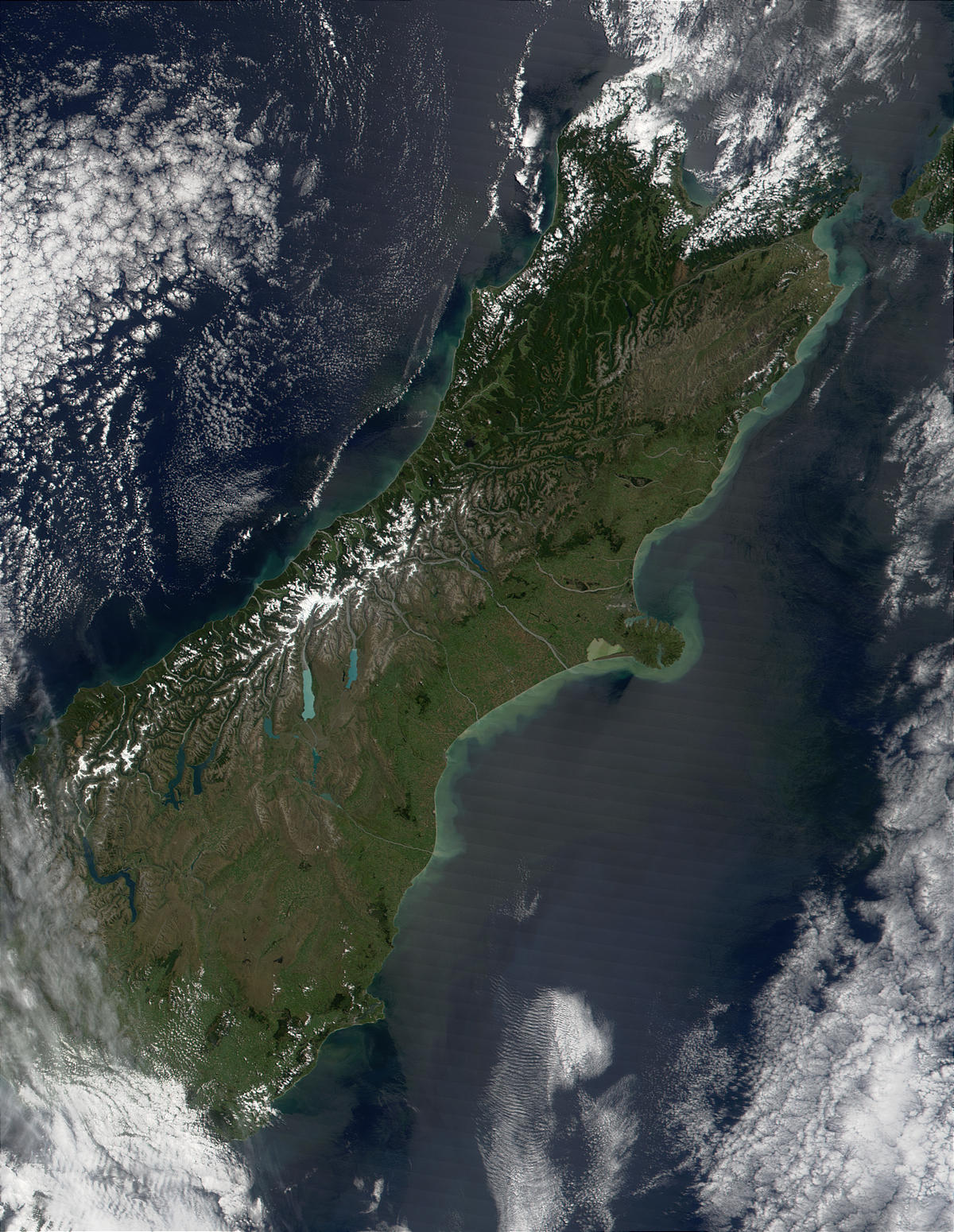 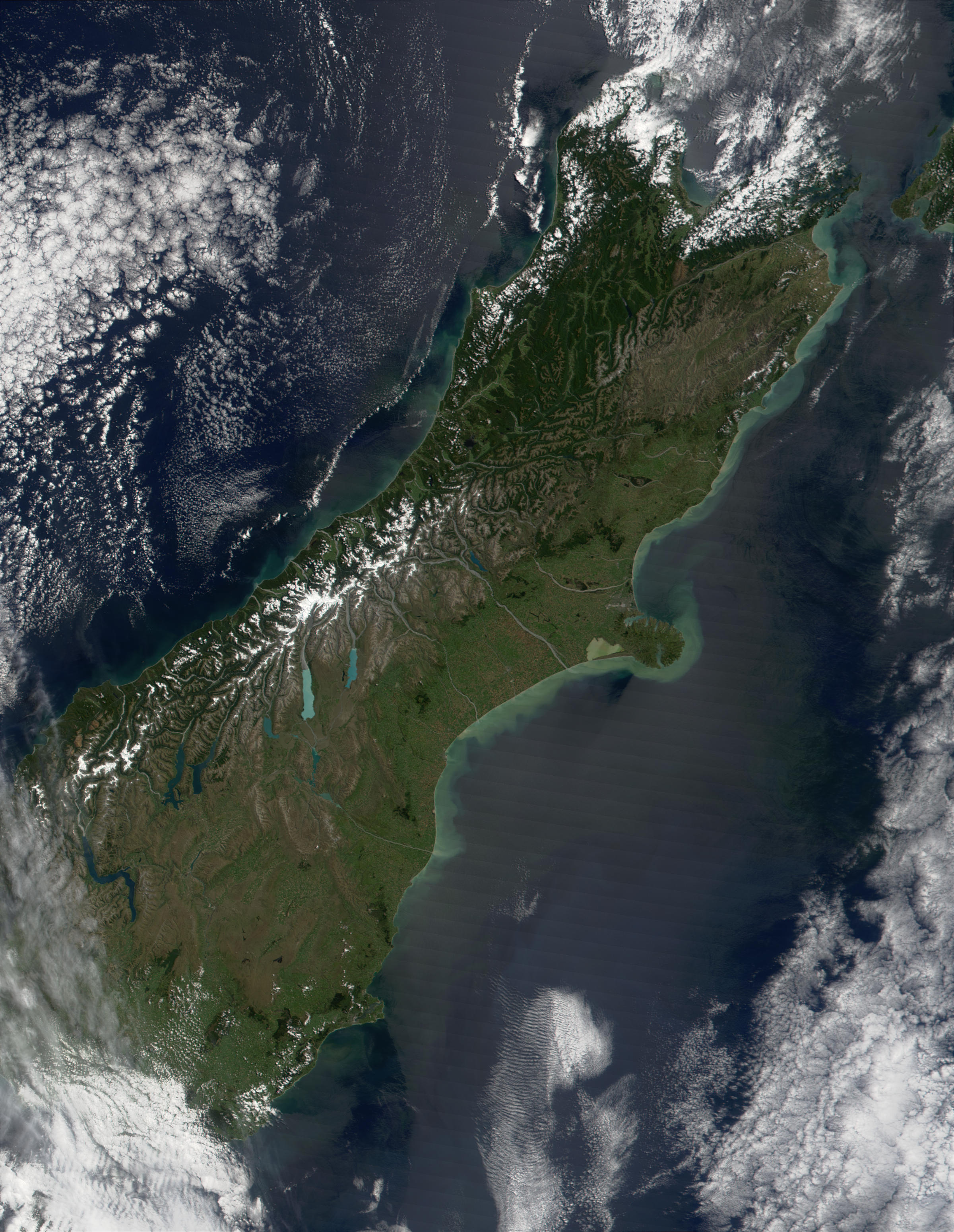 South Island New Zealand is home to numerous glacial lakes. In the southern part of the island, the lakes stand out in bright blue due to the extremely fine, highly reflective sediment that glacial melt water carries into the lakes. The glaciers sit high atop the Southern Alps, which run the length of the island, mostly staying near the western coast. This image was made from data collected on January 20, 2002.