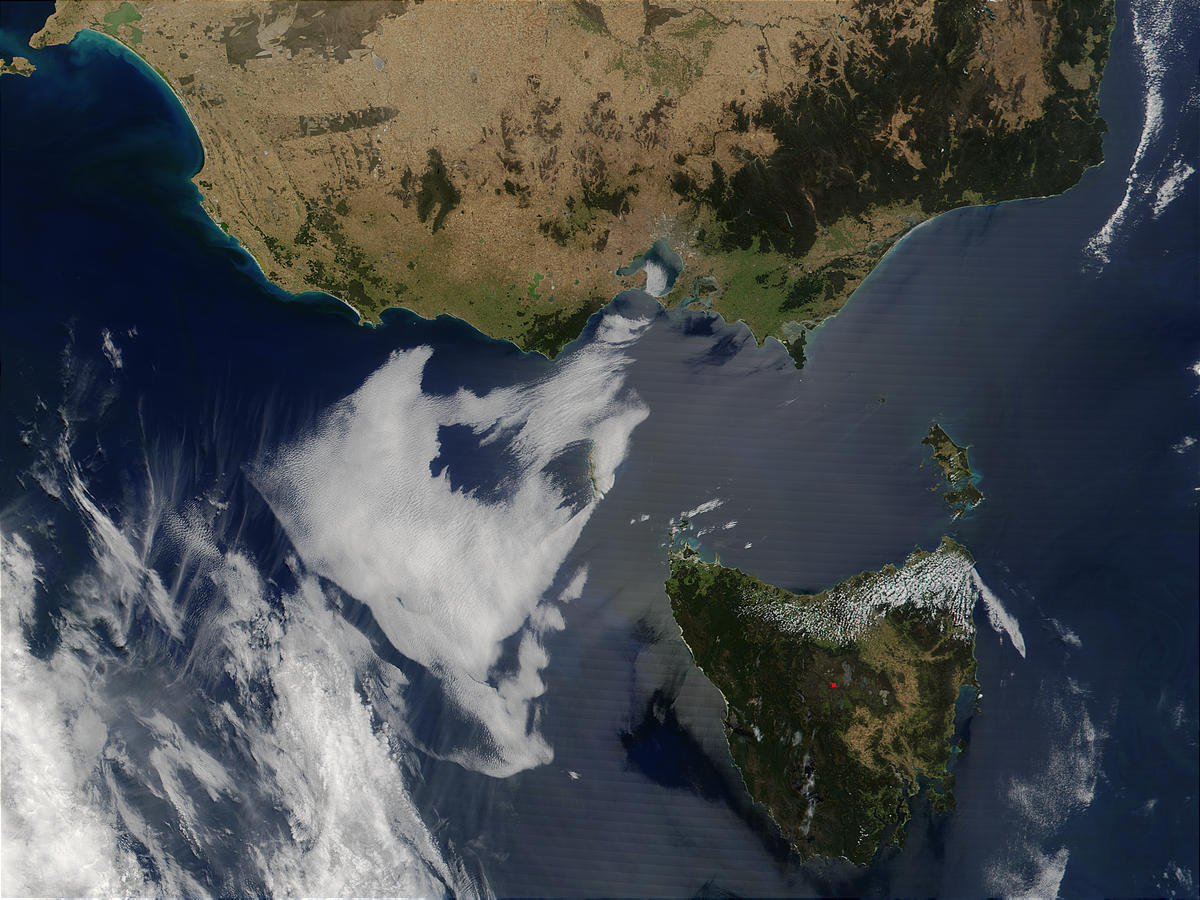 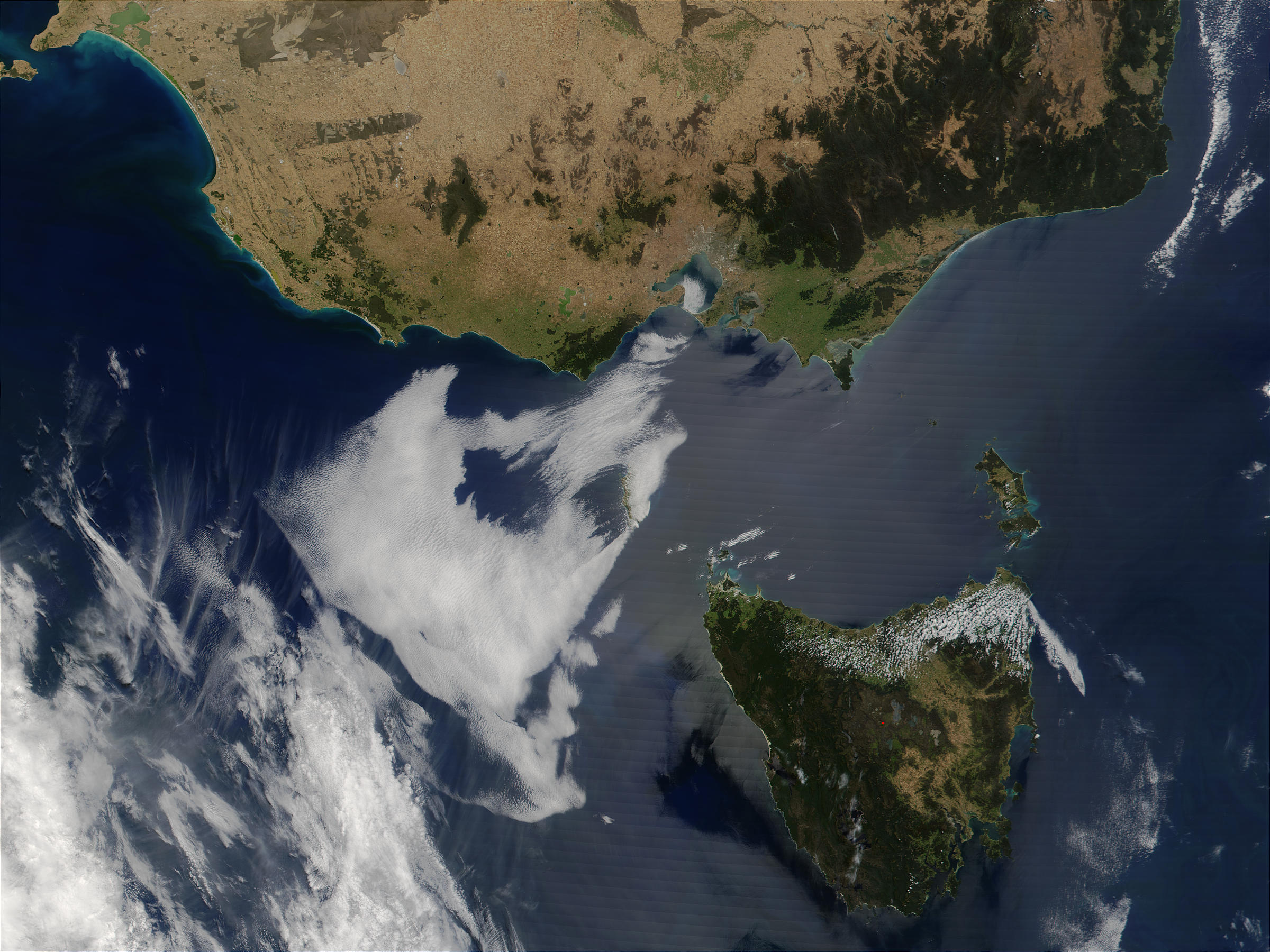 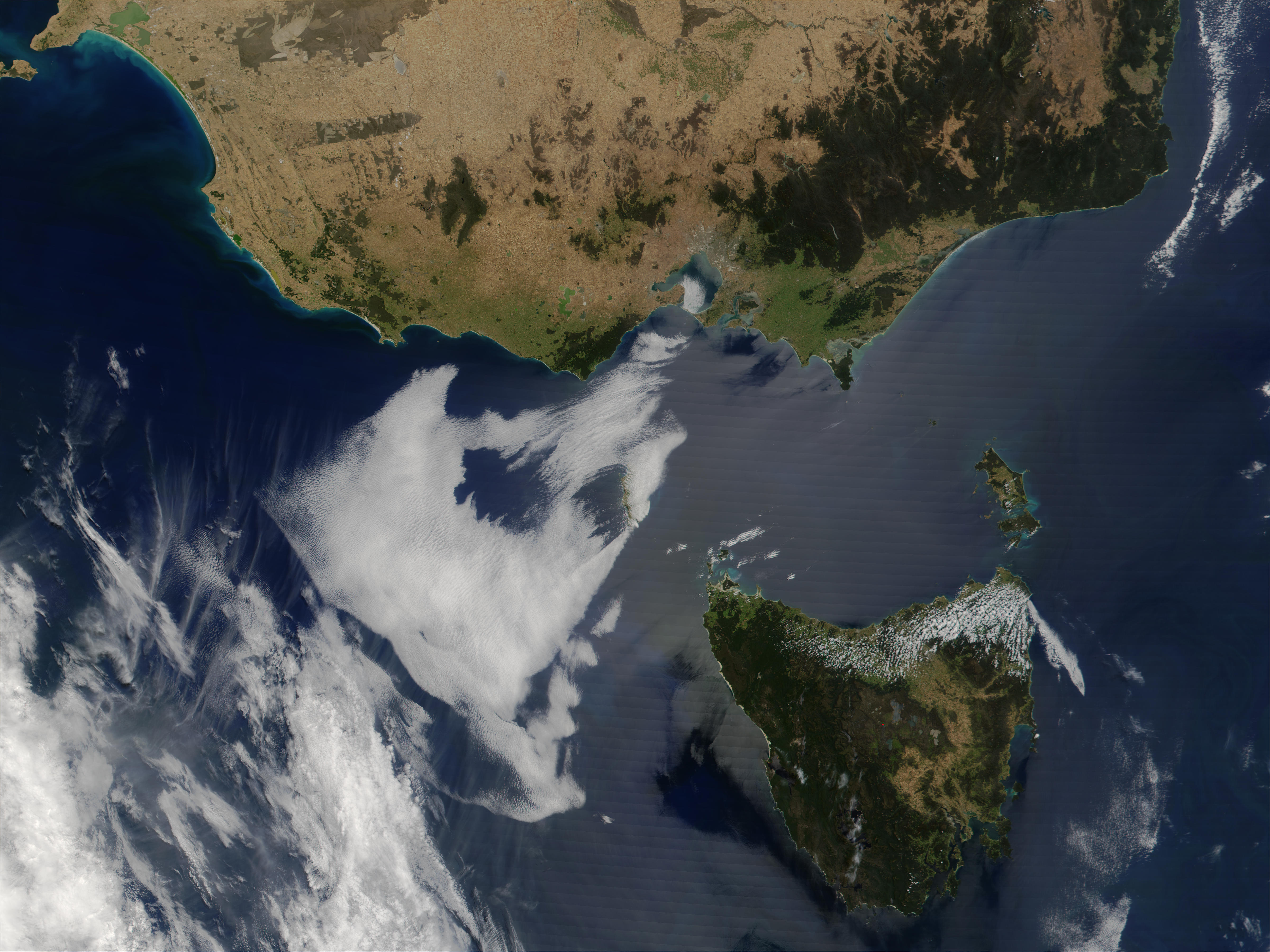 Tasmania and southeast coast of Australia

Tasmania (bottom-right) sits to the south of the southeastern Australian mainland (top), separated by the Bass Strait, in this true-color MODIS image. Nearly 20 percent of the island is designated a World Heritage Natural Site, resulting in strict legal protection by the government of Australia.

The mountainous terrain of the Tasmanian World Heritage Area is a product primarily of of at least three major glaciations during the Pleistocene (2 million-10,000 years ago) era. There are several glacial lakes in the area, including Lake St. Clair, which at 200 meters deep is the deepest lake in the southern hemisphere. The area also encapsulates the temperate rain forests that line the western coast of this Australian state.