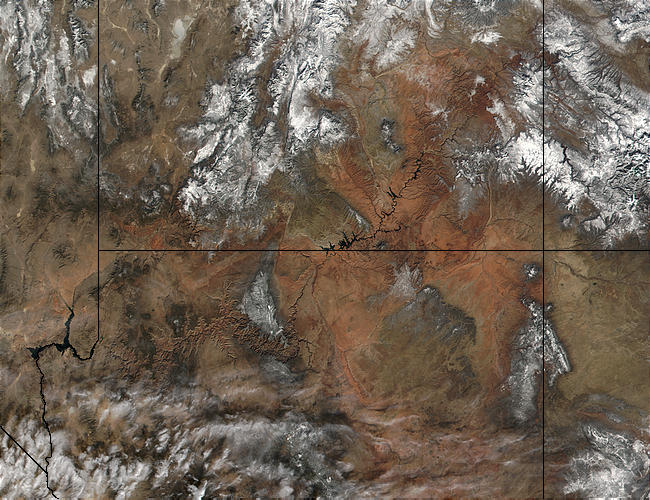 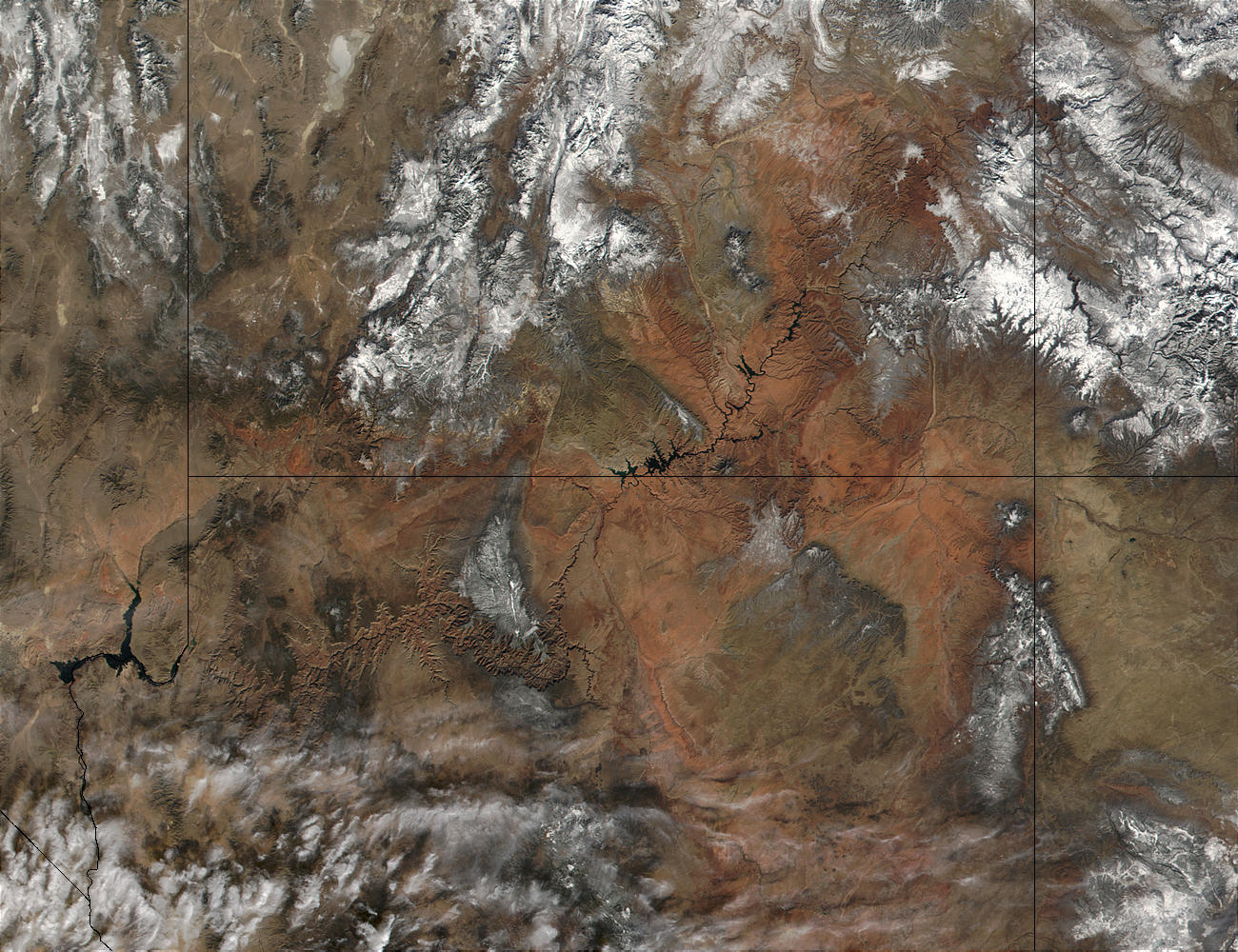 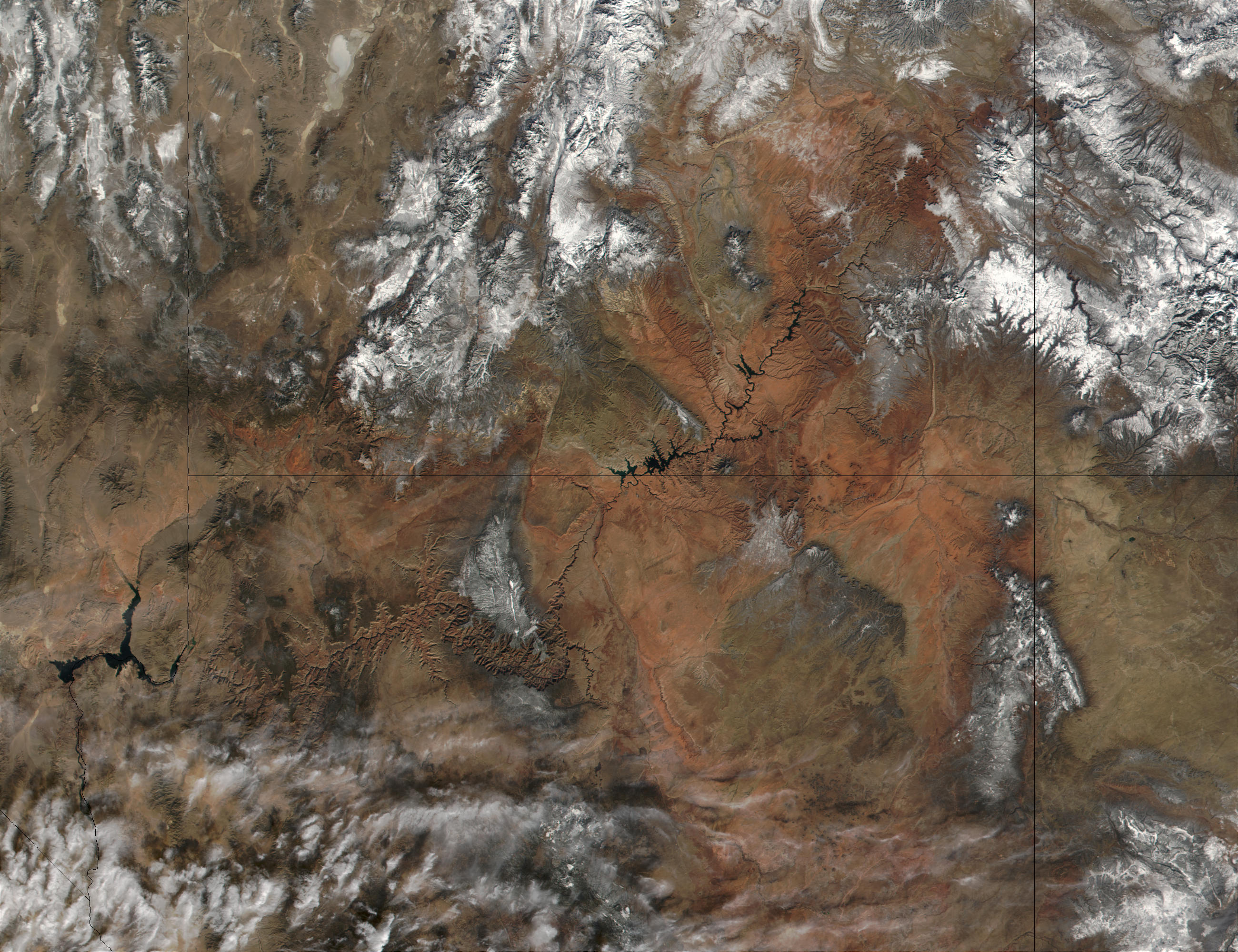 A snowfall in the American West provides contrast to the landscape's muted earth tones and indicates changes in topography and elevation across (clockwise from top left) Nevada, Utah, Colorado, New Mexico, Arizona, and California.

In Utah, the southern ranges of the Wasatch Mountains are covered in snow, and the Colorado River etches a dark ribbon across the red rock of the Colorado Plateau. In the center of the image is the reservoir created by the Glen Canyon Dam. To the east are the gray-colored slopes of Navaho Mountain, and to the southeast, dusted with snow is the region called Black Mesa.

Southwest of Glen Canyon, the Colorado enters the Grand Canyon, which cuts westward through Arizona. At a deep bend in the river, the higher elevations of the Keibab Plateau have held onto snow. At the end of the Grand Canyon lies another large reservoir, Lake Mead, which is formed by the Hoover Dam.

This MODIS image was made from data acquired on January 19, 2002.