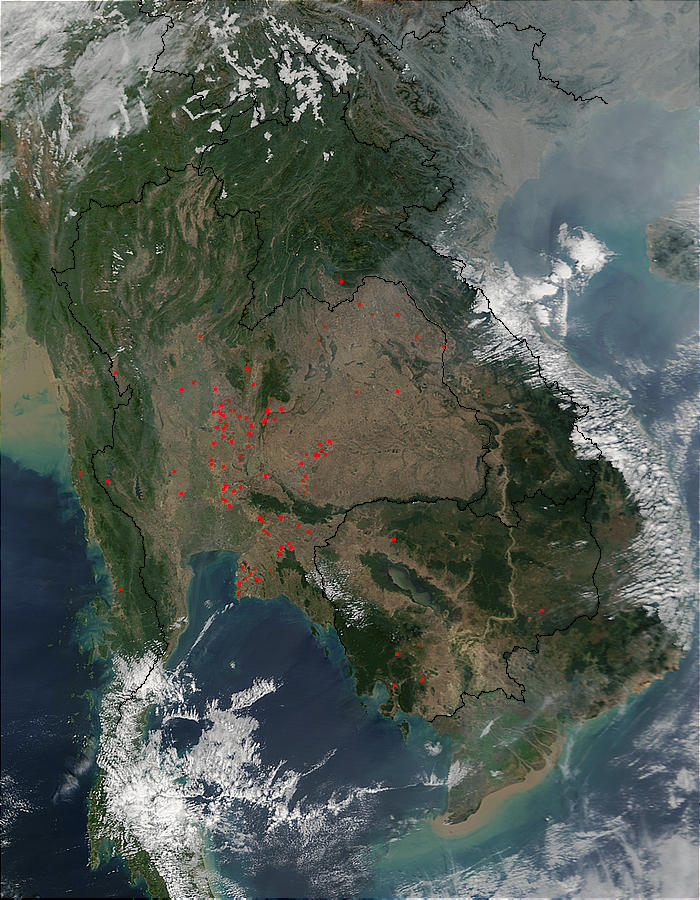 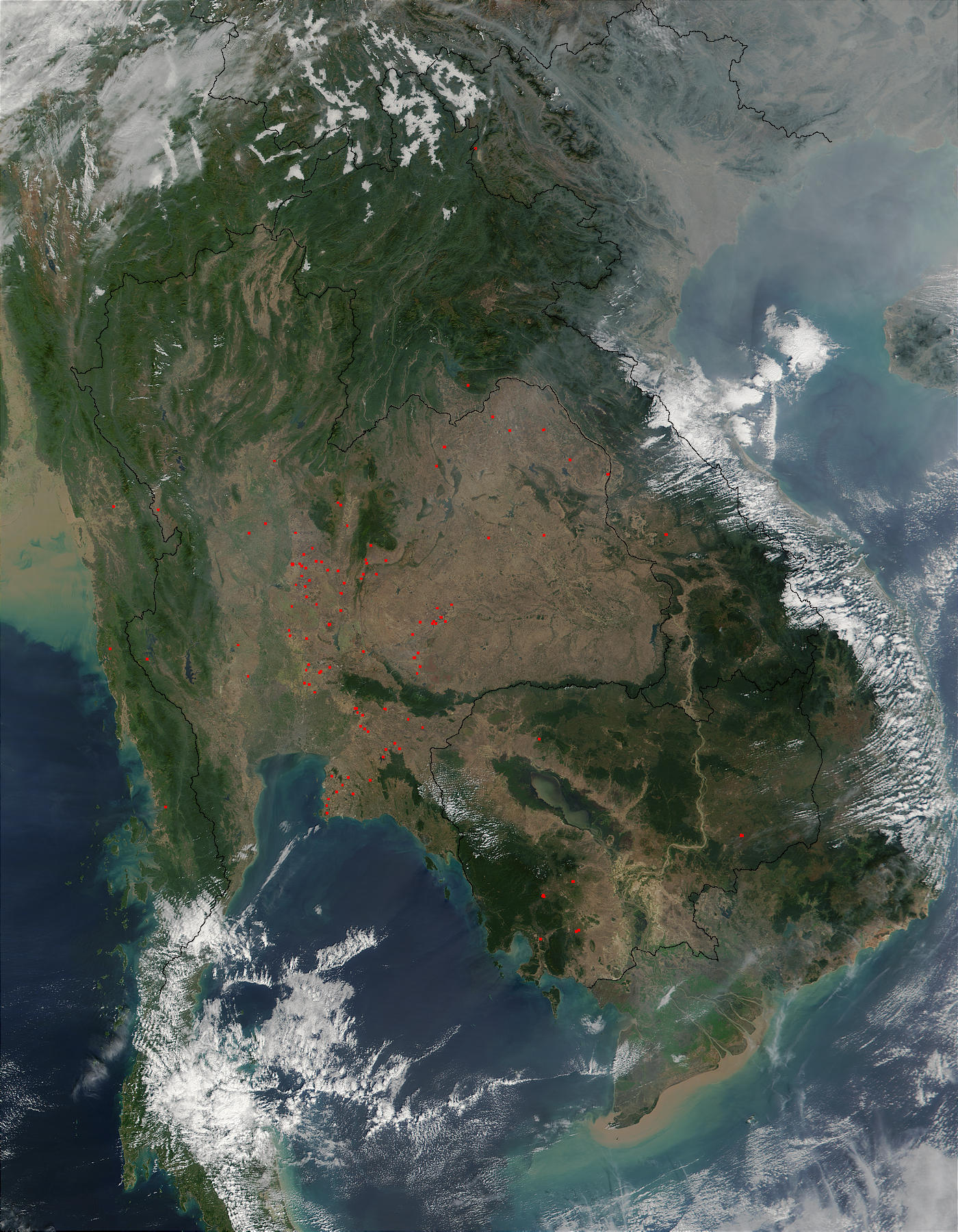 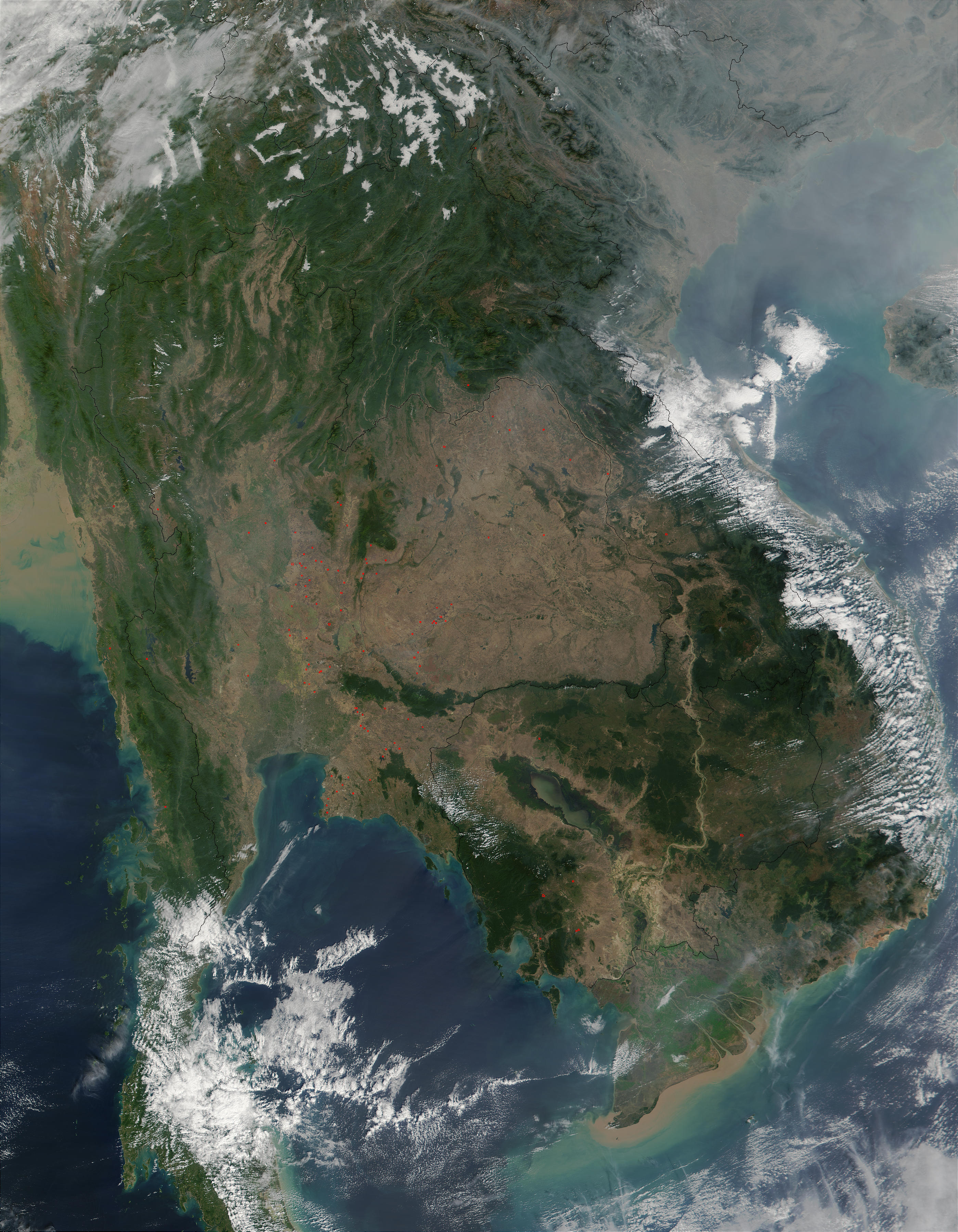 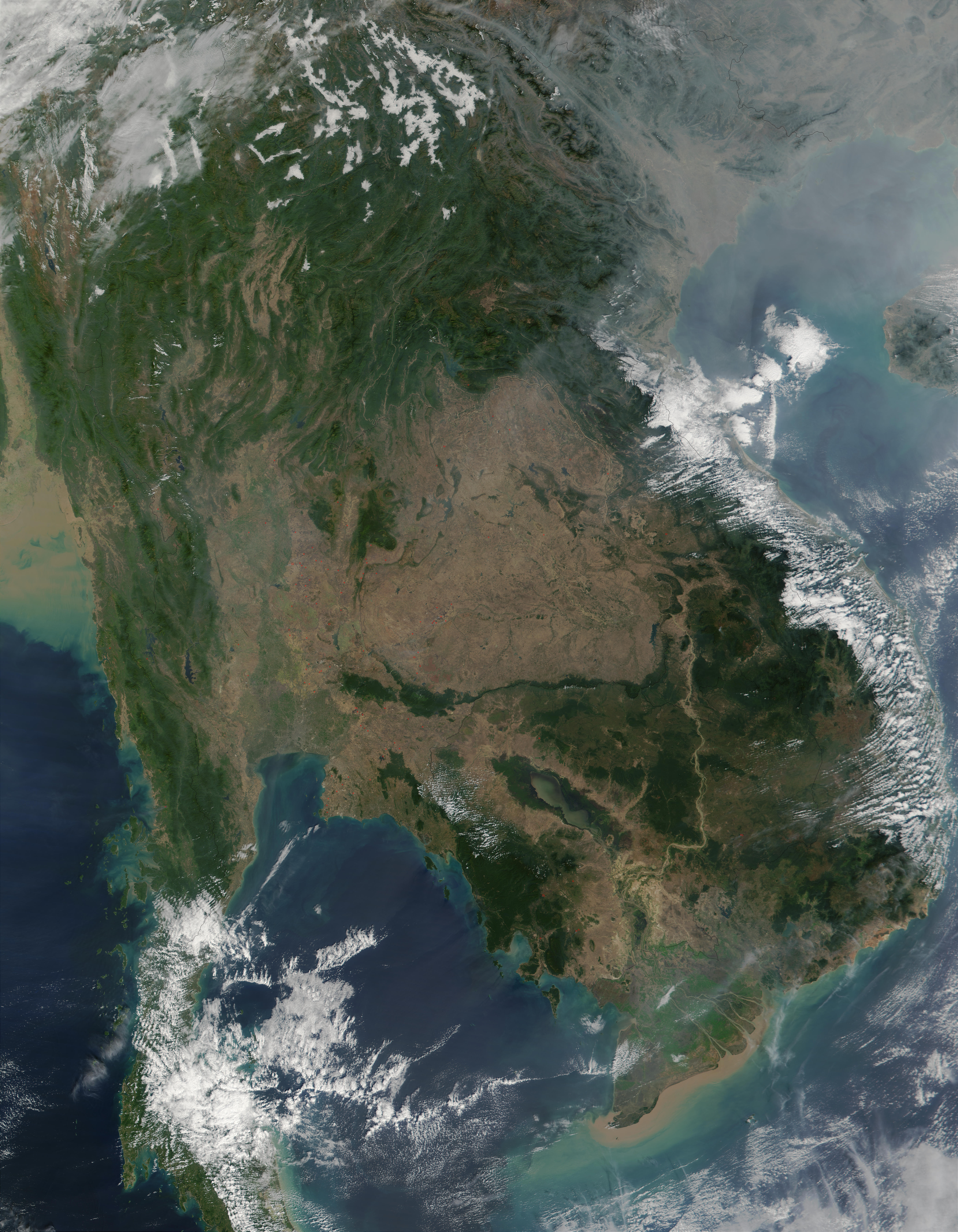 Fires in Thailand and Cambodia

Many fires (red pixels) were seen burning across Thailand and Southern Cambodia on January 8, 2002, by the Moderate-resolution Imaging Spectroradiometer (MODIS) flying aboard NASA’s Terra satellite.

Almost the entire countries of Thailand (center) and Cambodia (lower right) were remarkably cloud-free in this true-color scene. Thailand is bordered by the countries of Myanmar to the west, Laos to the north and east, and Cambodia to the southeast. Thailand’s capital city of Bangkok sits on its southern shore, where the Chao Phraya River flows into the large bay in the northern Gulf of Thailand.

Moving eastward from Bangkok, one can see the Tonle Sap—Cambodia’s largest inland body of water. Waters from the Tonle Sap flow southeastward and converge with the mighty Mekong River, just east of Phnom Penh, Cambodia’s capital. The Mekong River defines much of the border between Thailand and Laos. The captal of Laos—Viangchan—is situated just across the Mekong from Thailand’s northern border.