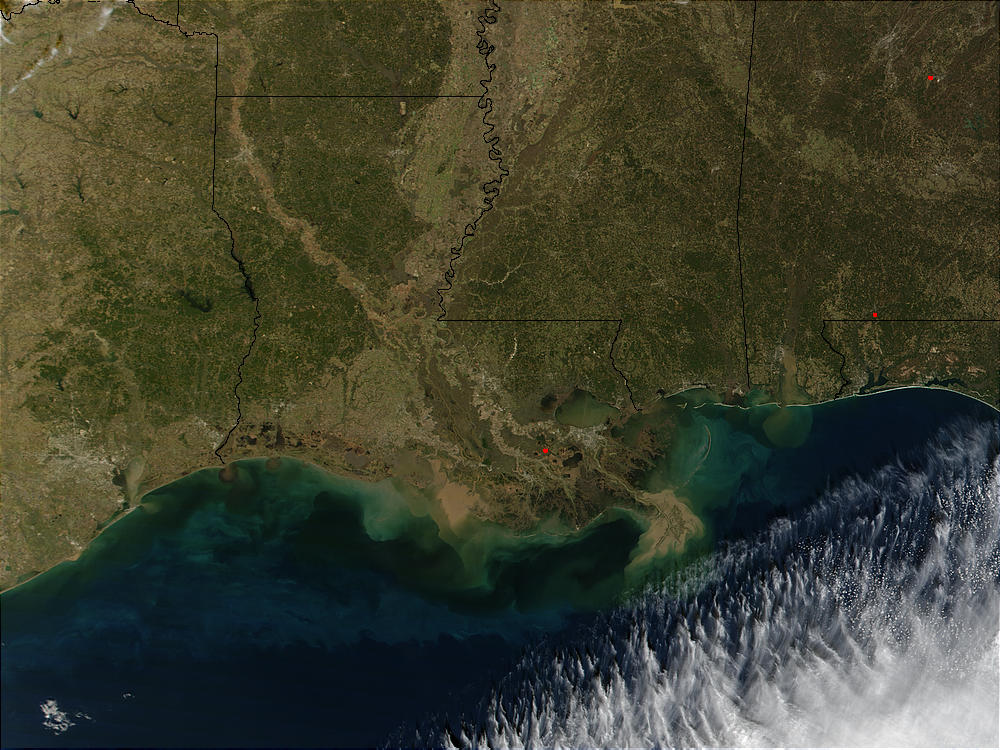 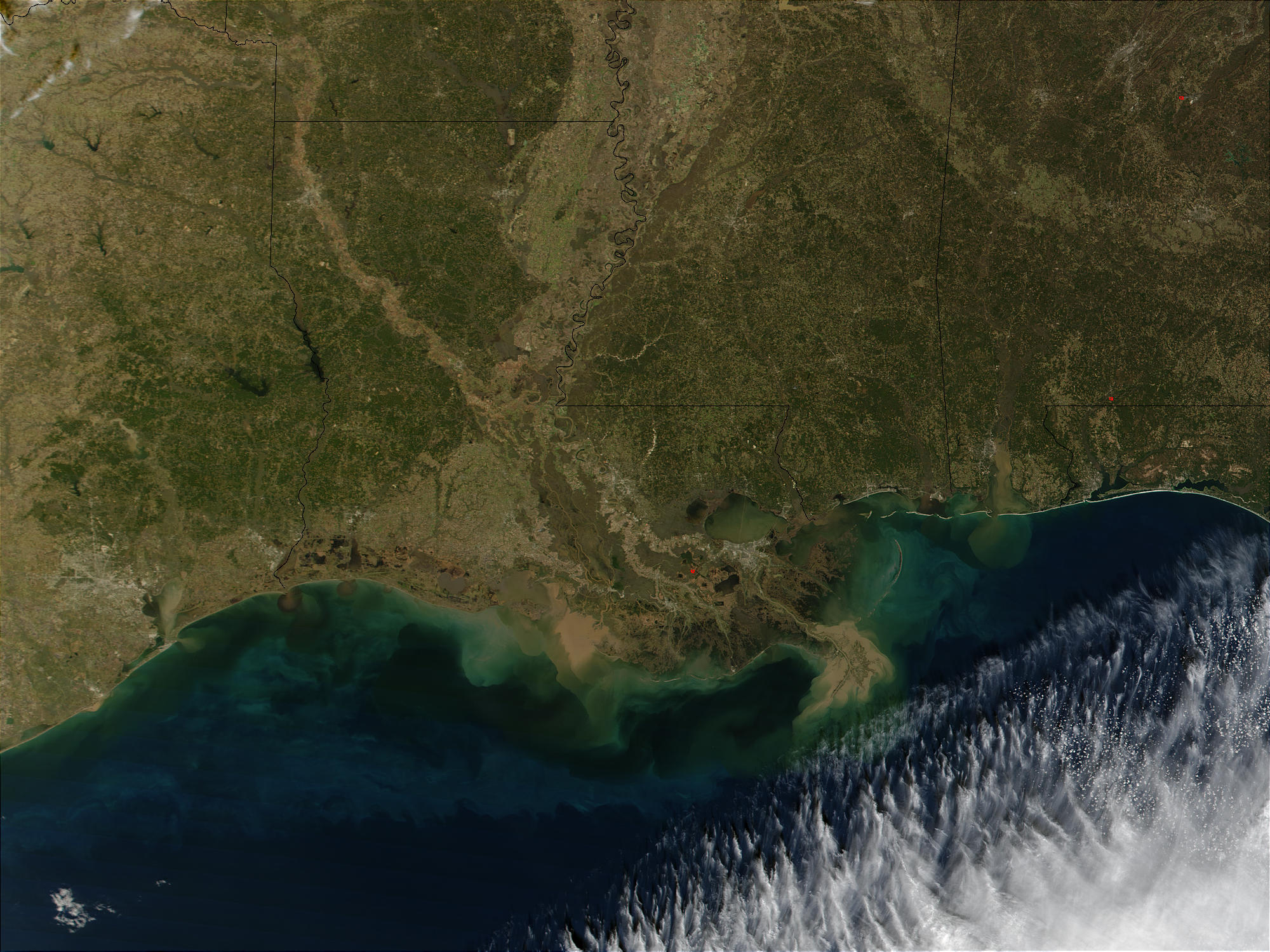 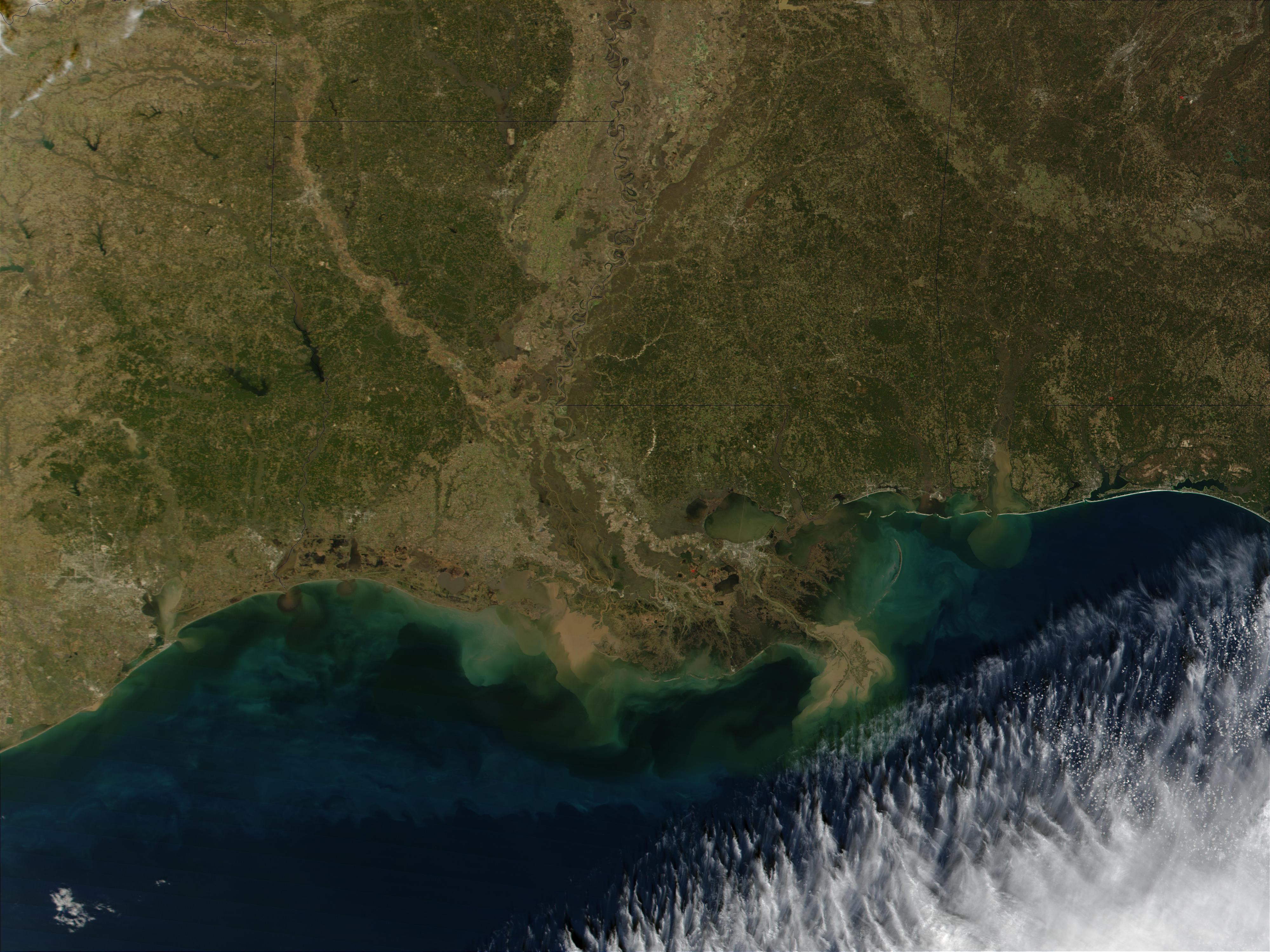 This true-color MODIS image from December 27, shows the southern U.S. states (from left to right) of Texas, Louisiana, Mississippi, Alabama, and the far western panhandle of Florida. Sediment from the Mississippi River, running roughly down the center of the image, fills the Delta as it opens into the Gulf of Mexico. Mixed with the tan sediment are blue and green swirls that indicate a bloom of tiny ocean plants called phytoplankton. Such blooms can culminate in red tides, in which toxins given off by the rapidly growing algae kill fish and other marine animals.