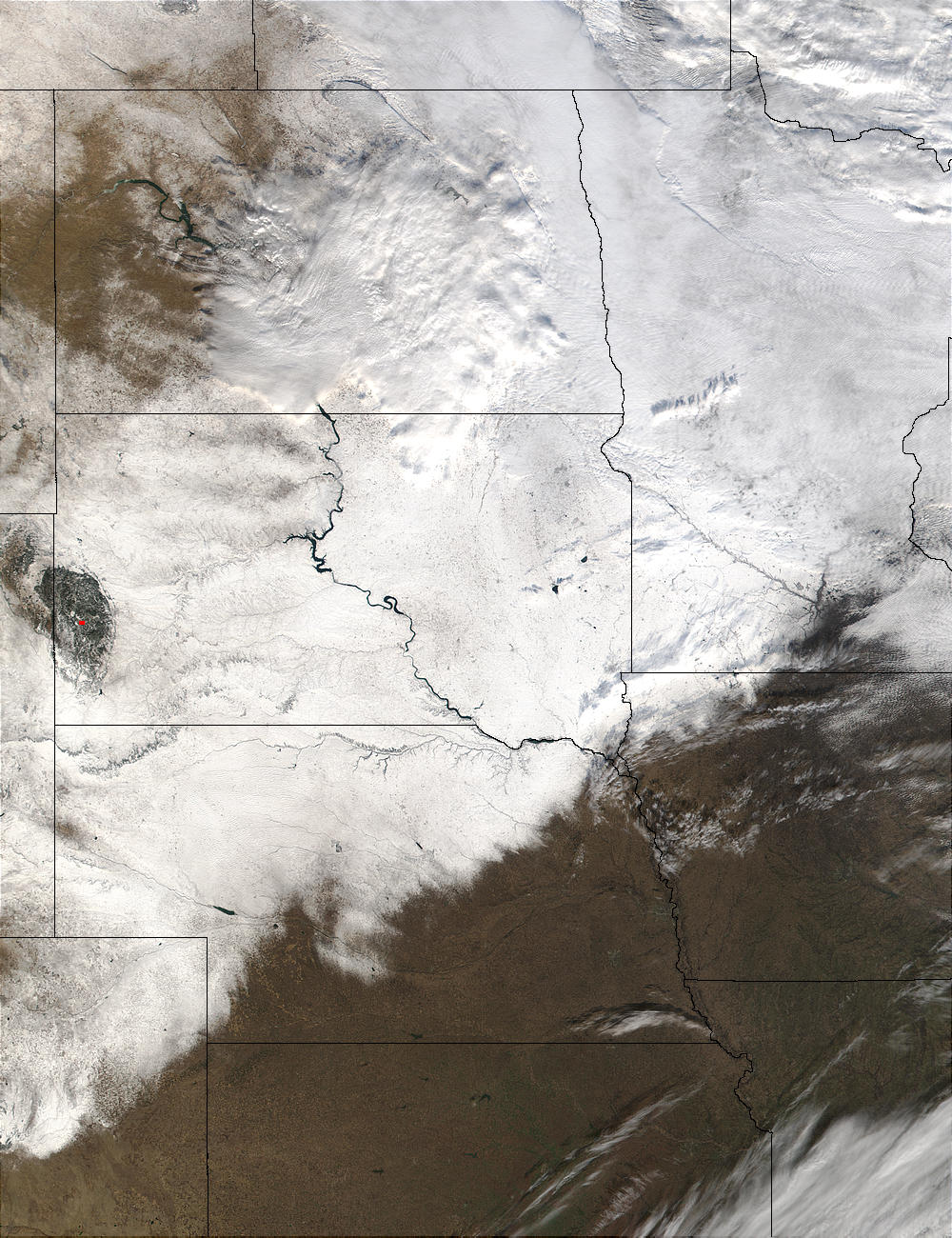 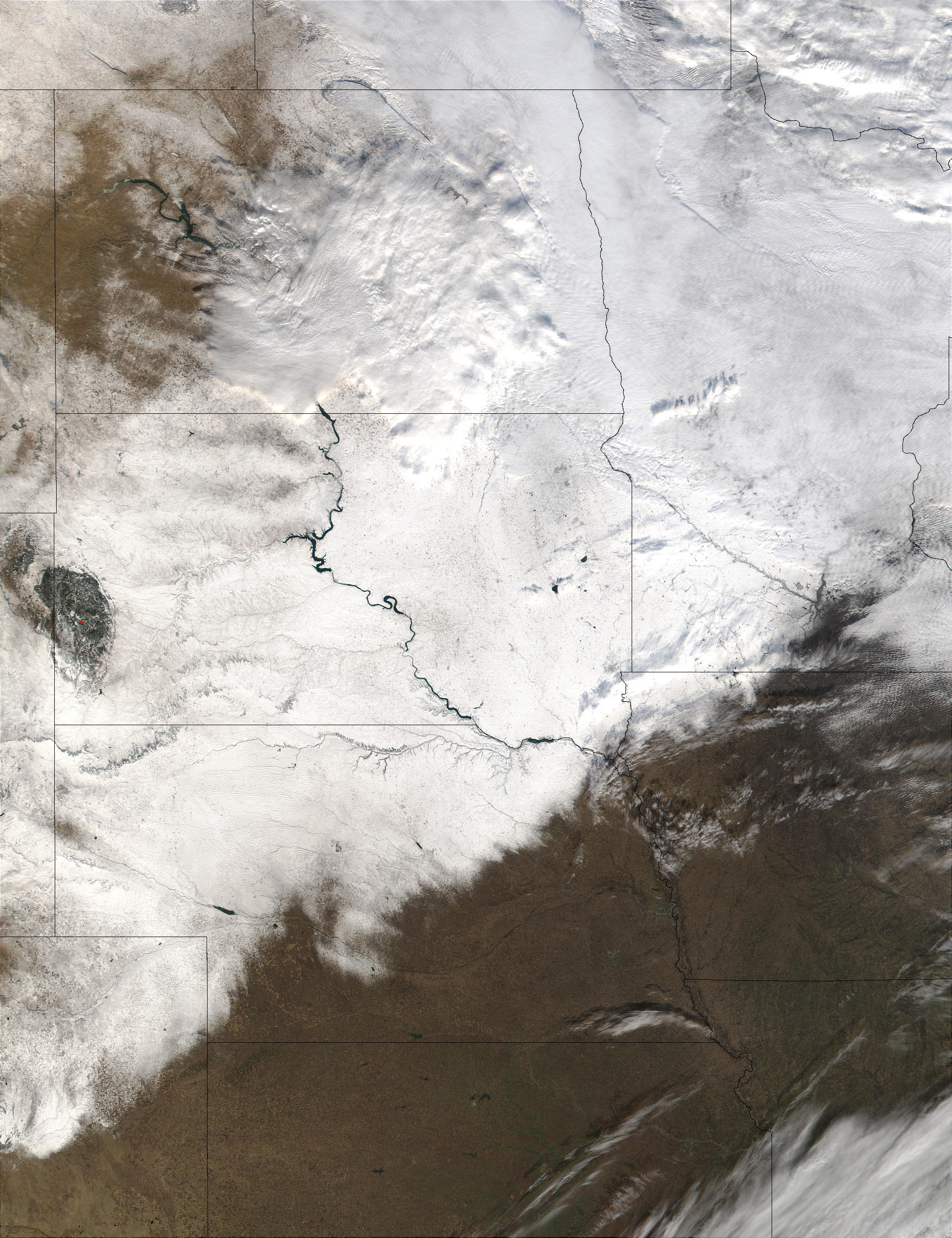 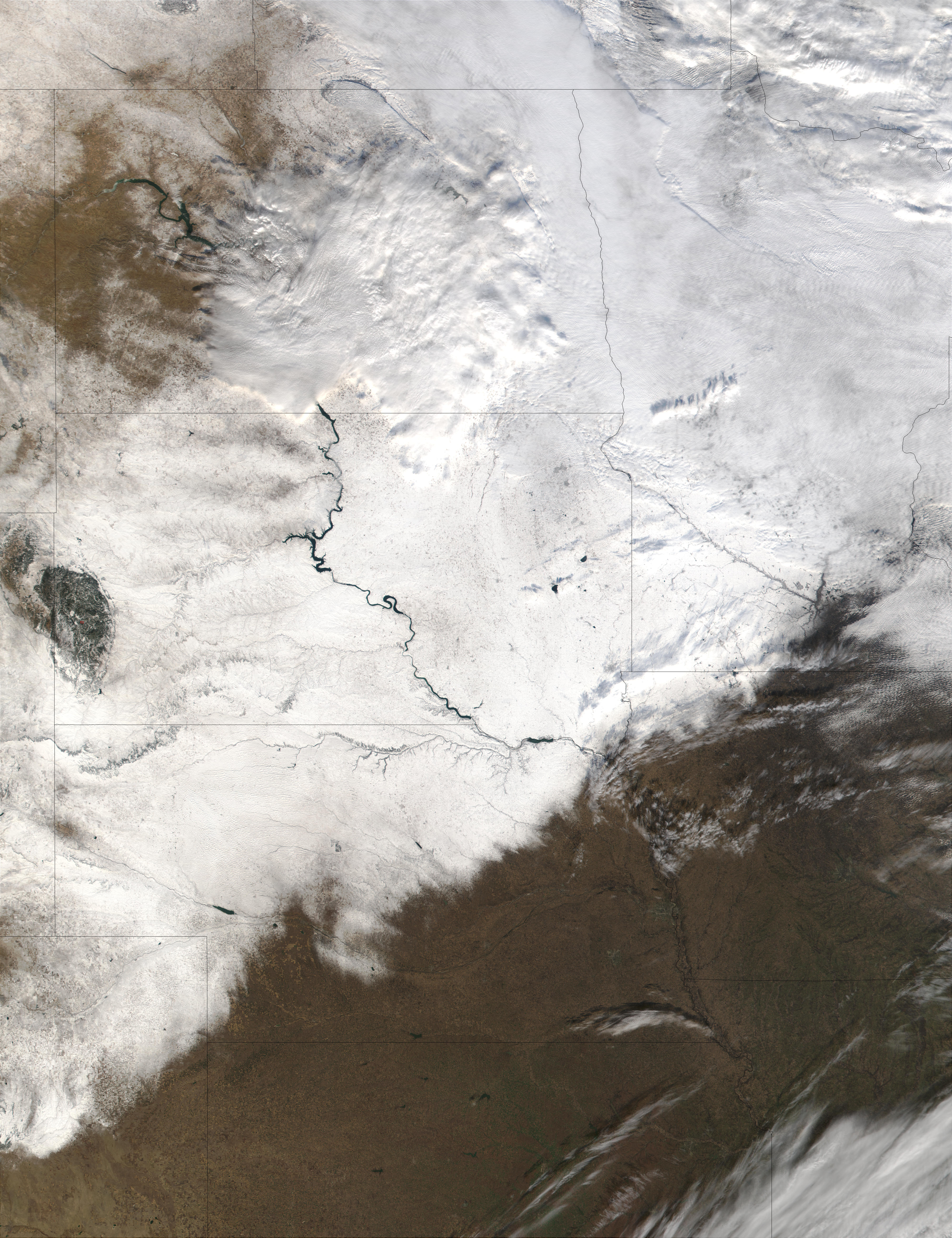 Snow in the Northern Great Plains

An early blast of wintry weather swept across the midwestern United States on November 27-28, 2001, leaving a wide swath of snow and ice on the ground extending from northern Texas up into the Dakotas and as far east as Michigan. Two inches of snow accumulated in the Texas panhandle while sleet and freezing rain glazed bridges and roads as far south as the Dallas-Fort Worth area. Meanwhile, more than 2 feet (0.61meters) of snow fell in parts of the Dakotas, Wisconsin and Michigan. The town of Willmar, Minnesota, recorded an accumulation of 29 inches (74 cm) of snow.

By December 1, the clouds had cleared enough to afford the Moderate-resolution Imaging Spectroradiometer (MODIS) this true-color view of the midwest. The wide swath of white snow, contrasted with the brownish colors of the bare surface, reveals the extent of the region affected by the snowstorm. This scene spans from Ontario, Canada, and Minnesota (upper right) westward across the Dakotas and Montana (upper left). Moving southward, we see the storm blanketed half of Nebraska and the northeast corner of Colorado (lower left).

The Missouri River can be seen clearly winding its way southeastward through South Dakota (the Black Hills region of SD is visible halfway down the left side). The Missouri also defines the border between Nebraska and Iowa. The Minnesota River can also be seen in southwestern Minnesota.