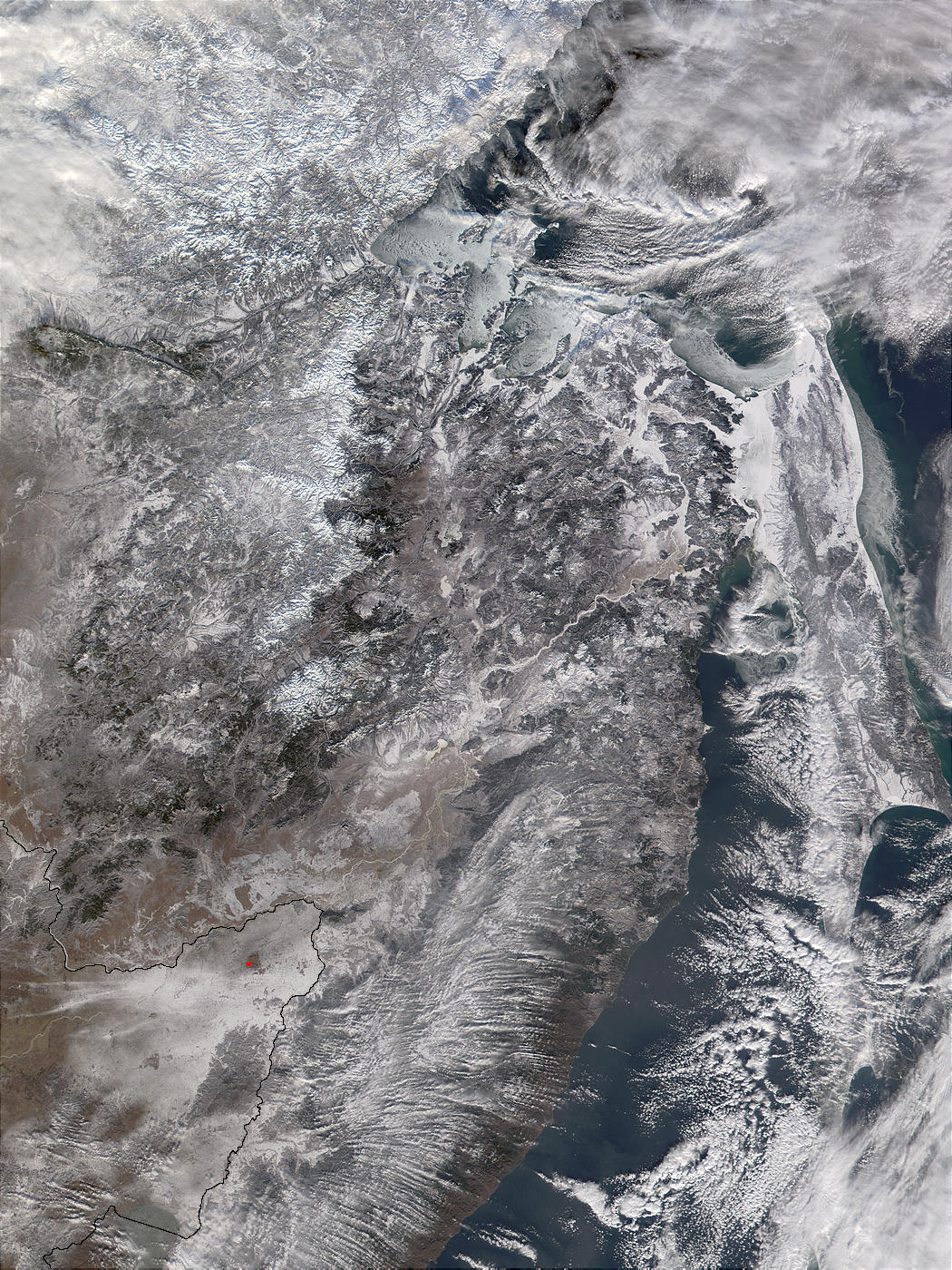 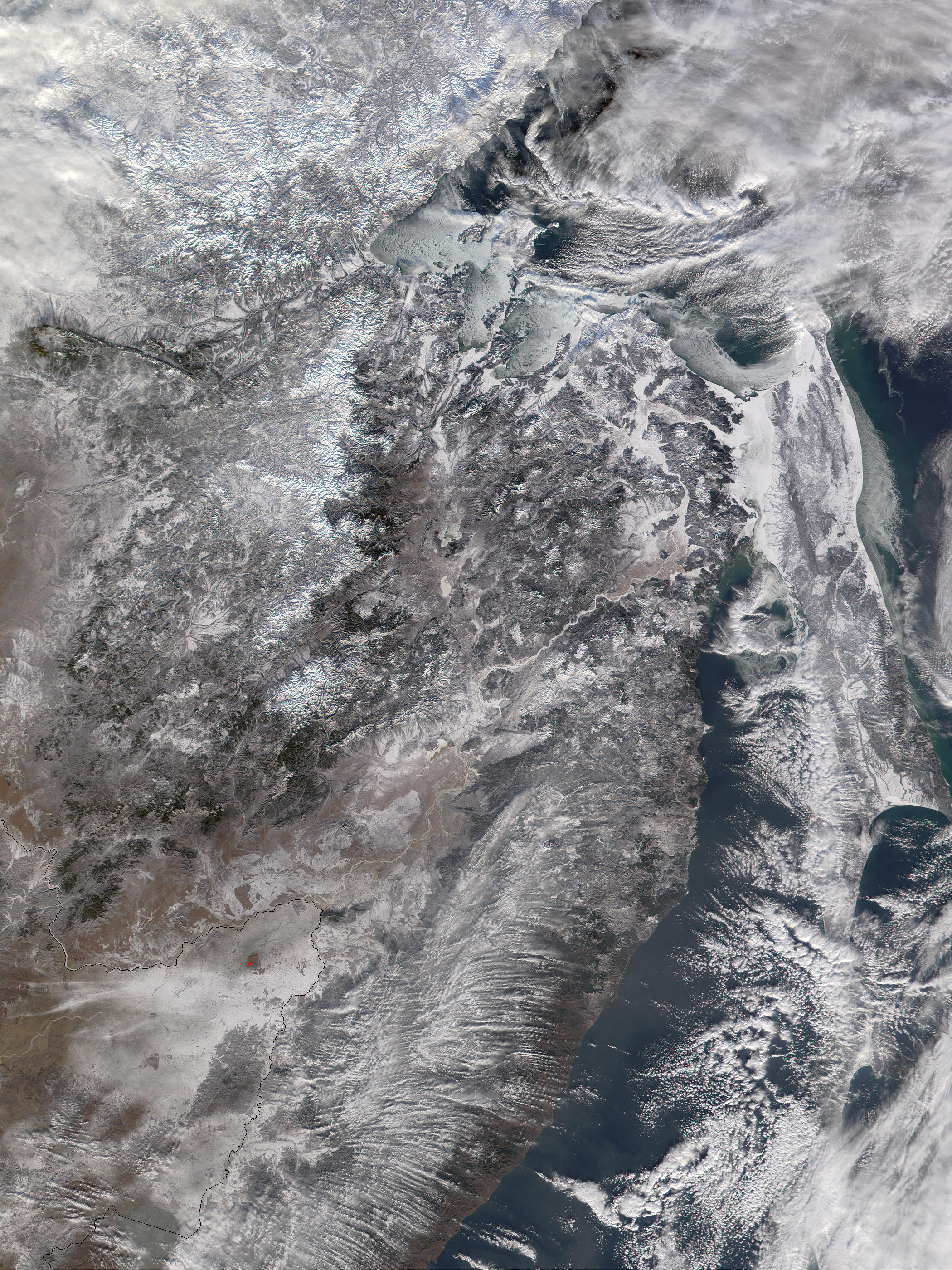 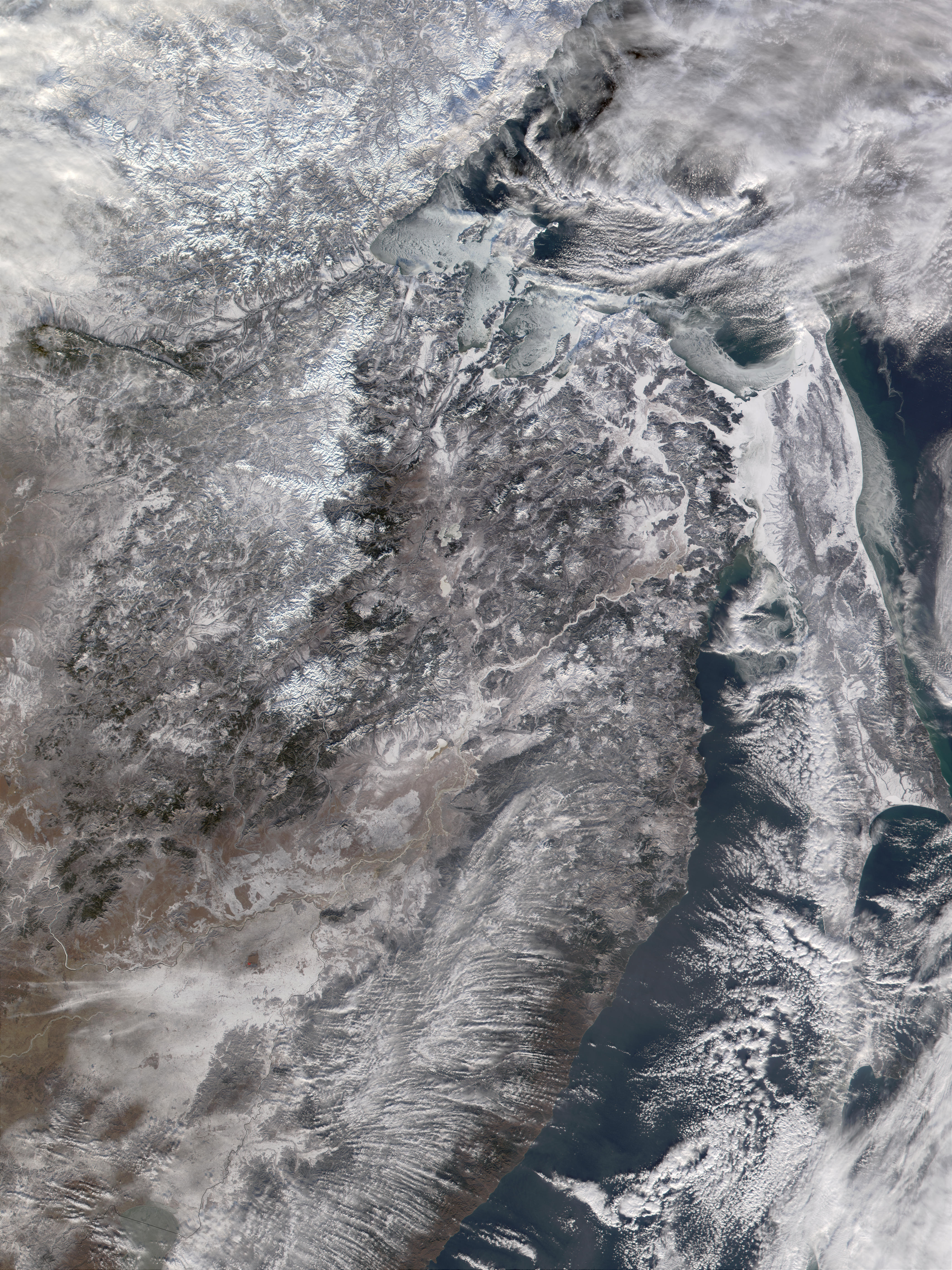 Winter is in full swing in this MODIS true-color image captured on November 30, 2001. Ice and snow covers the majority of southeastern Siberia, as well as some of eastern China (lower-left). Along the coastline of Khabarovskiy Kray, just above center in the image, gray coloring indicates the formation of ice in the water. Also visible is the Amurskiy liman, which separates mainland Siberia from island of Sakhalin, filling in with ice.