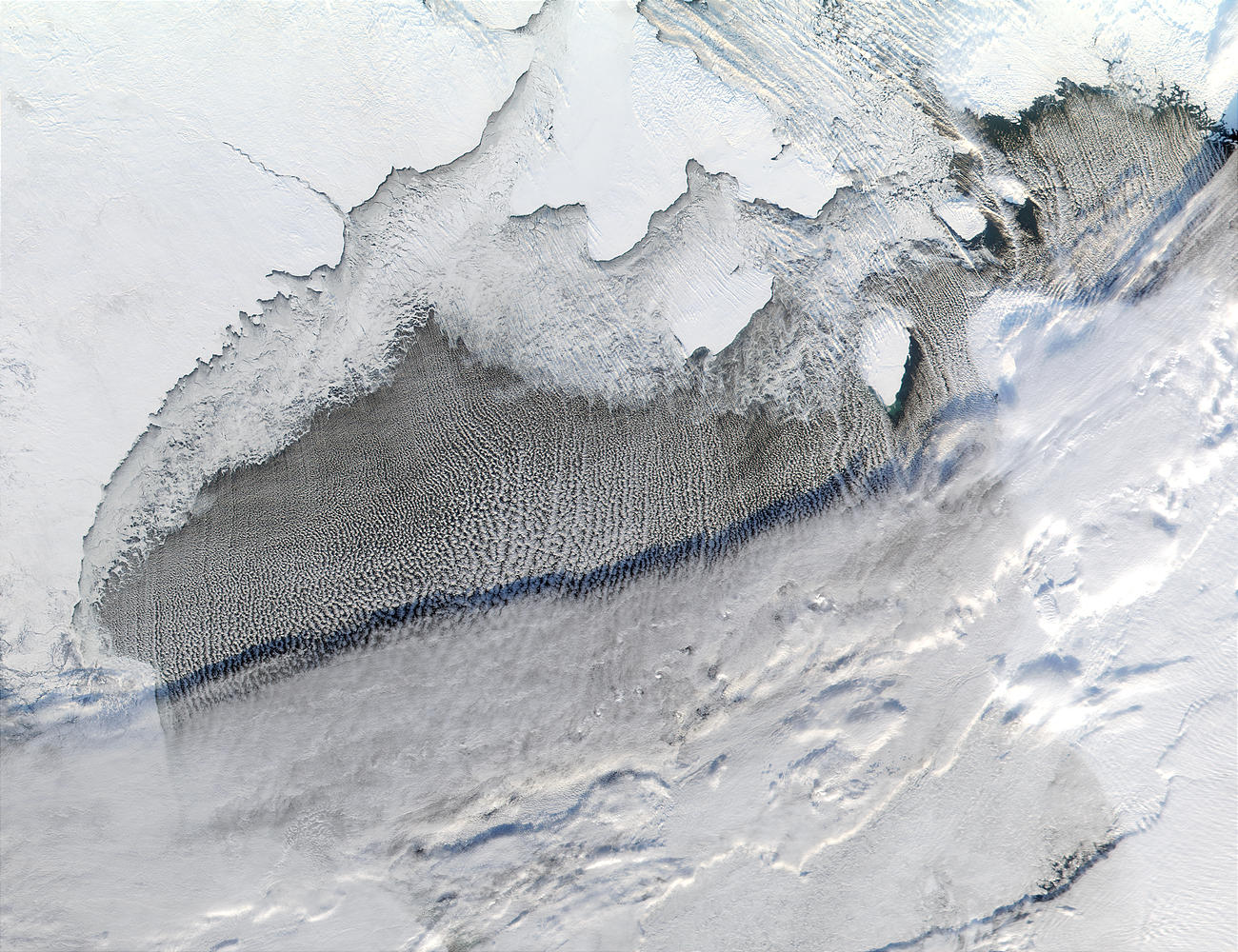 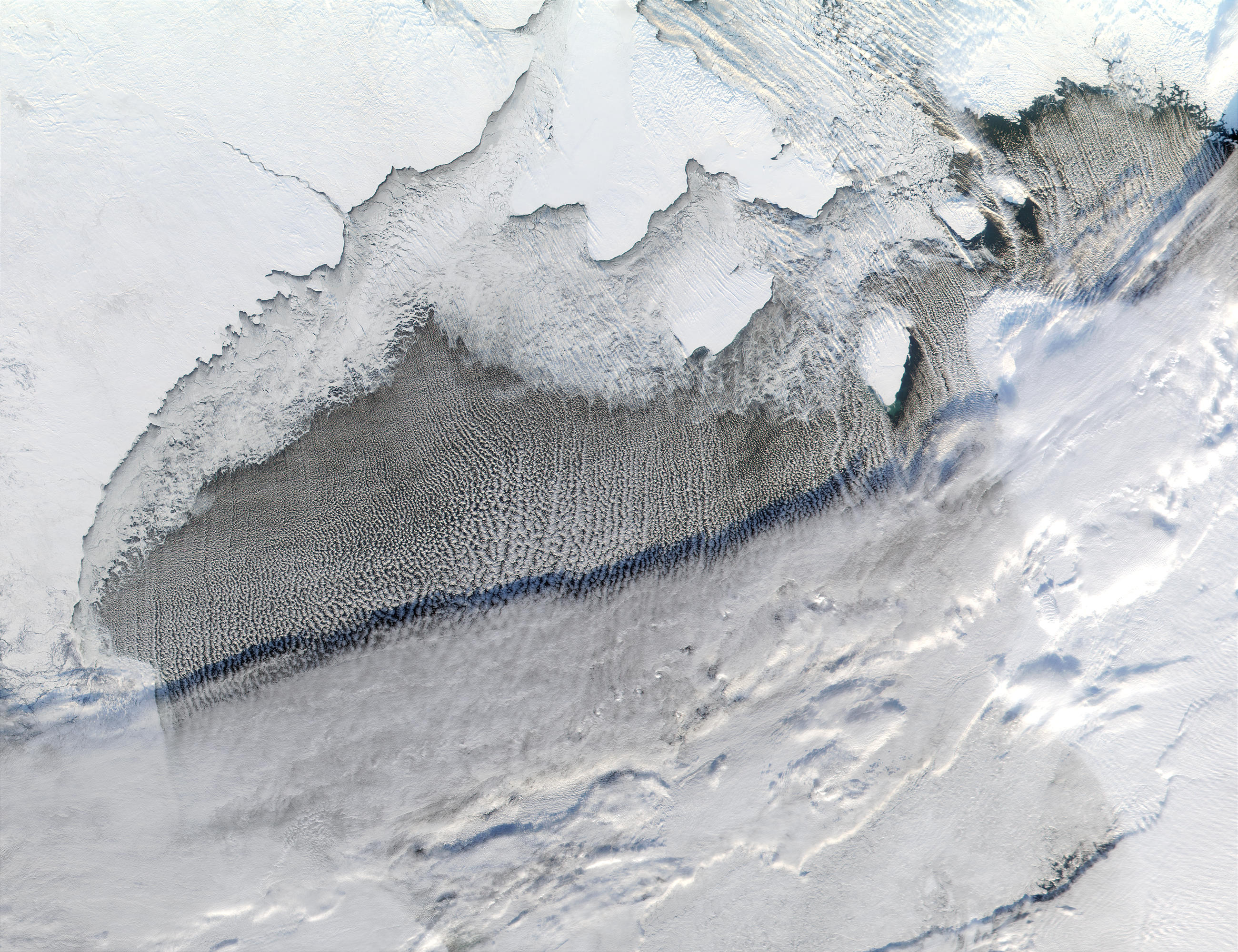 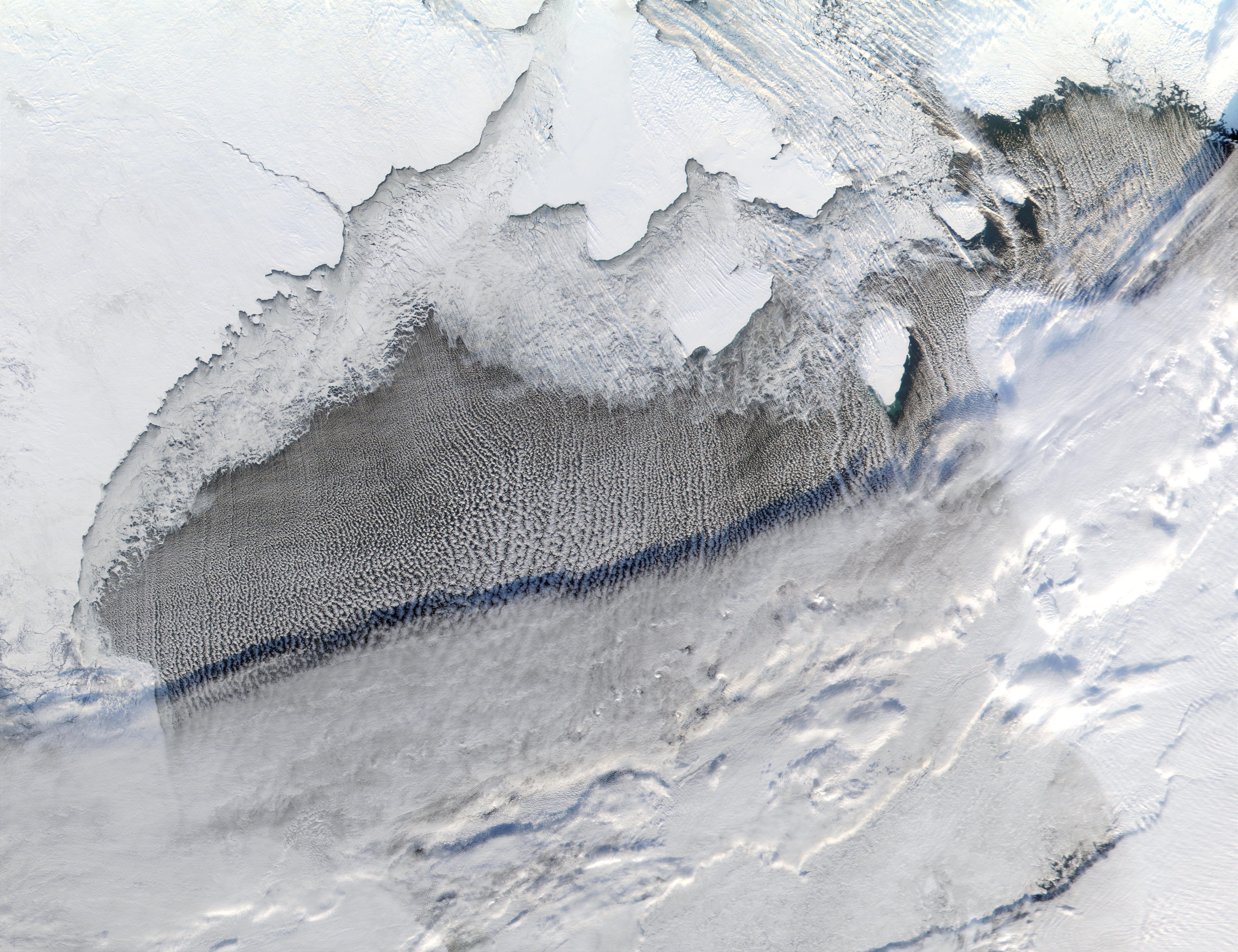 Usually long shadows are reserved for evening hours, but even at mid-day, the sun sits low enough in the sky over Hudson Bay, Canada, for a deck of high clouds to cast a long shadow over the Bay. This true-color MODIS image made from data collected at 12:25 pm local time (EST) on November 24, 2001, shows Canada's Nunavut Province (left), Southampton Island (top center), Foxe Peninsula (upper right), and Ungava Peninsula (right).

Hudson Bay is beginning to freeze over, and ice can be seen packing in around the Nunavut coastline. The path of the wind can be seen in the lower-level clouds that seem to run in streamers from north to south over the Bay. Cold wind blowing across the dry, snow-covered Nunavut landscape picks up moisture over Hudson Bay, causing clouds to form. When the wind encounters dry land again, such as when it passes over Mansel Island (southeast of Southampton Island), the clouds taper off, only to pick up again over open water.