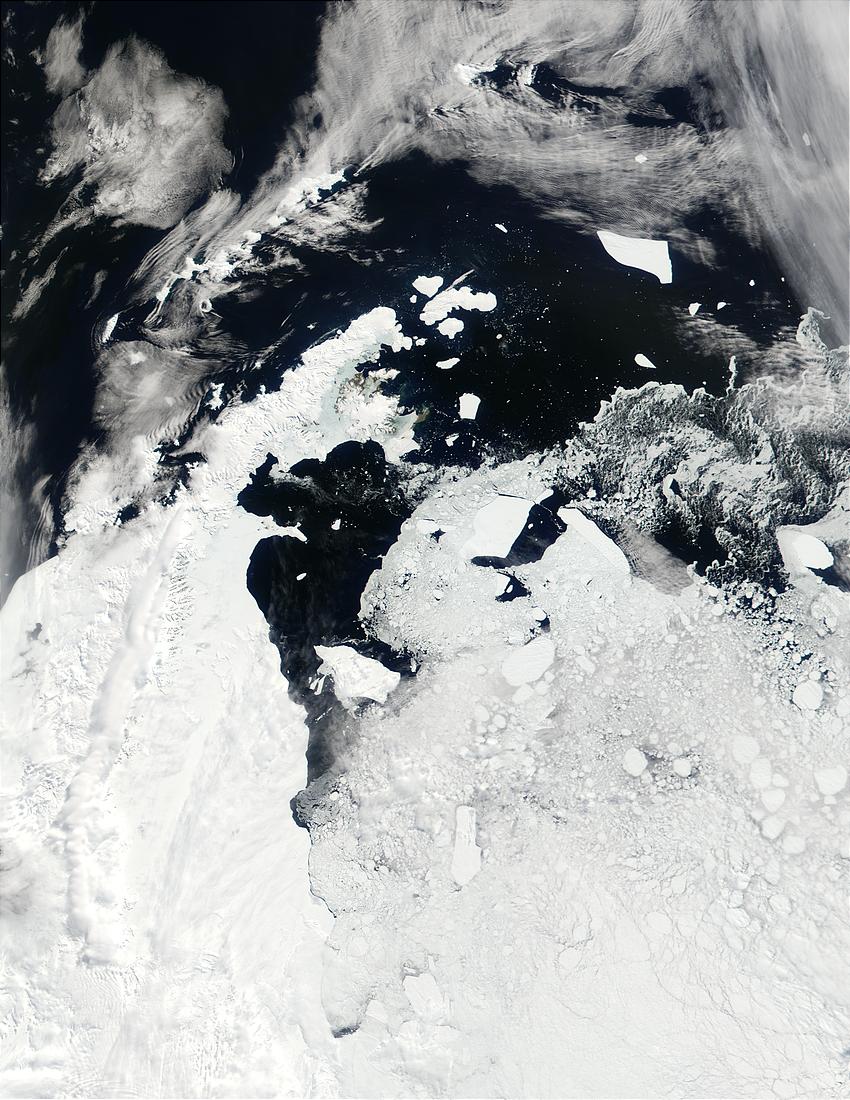 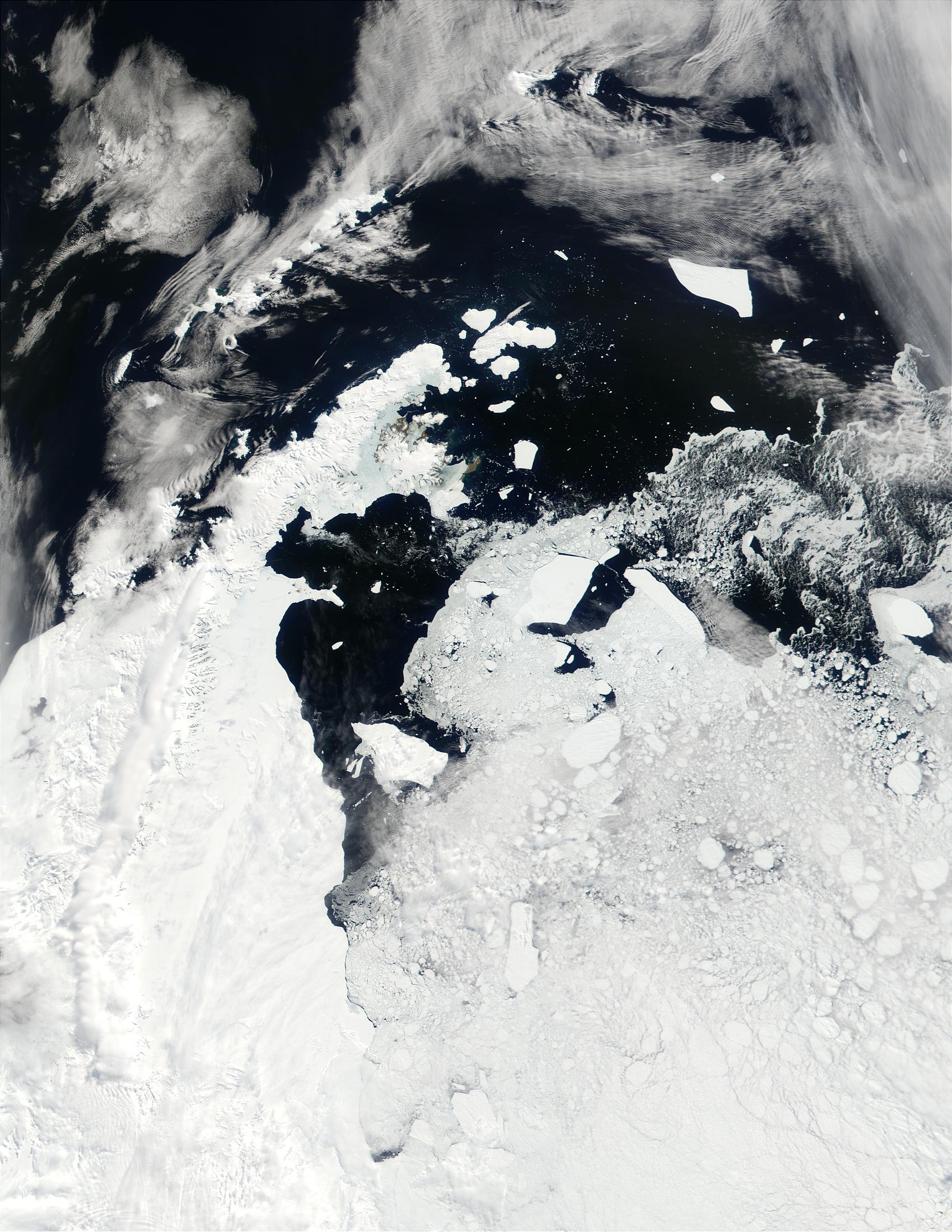 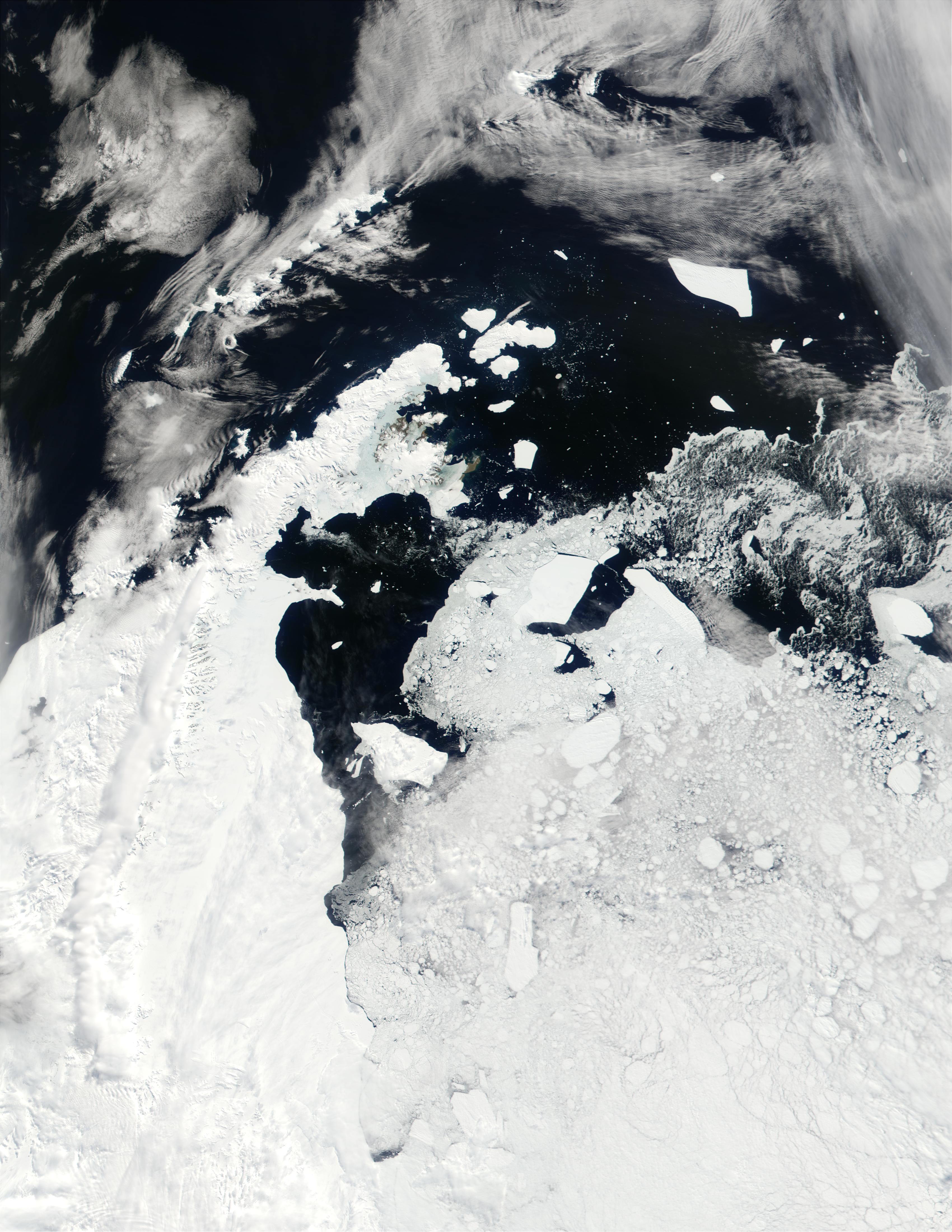 Numerous icebergs are breaking out of the sea ice in the Southern Ocean surrounding the Antarctic Peninsula. This true-color MODIS image from November 13, 2001, shows several icebergs drifting out of the Weddell Sea. The Antarctic Peninsula (left) reaches out into the Drake Passage, which separates the southern tip of South America from Antarctica. Warmer temperatures have cleared a tiny patch of bare ground at the Peninsula's tip. The predominant ocean current in the area is the Antarctic Circumpolar Current ("circum" meaning "around"), which is also the "West Wind Drift." The current is the largest permanent current in the world, and water is moved eastward by westerly winds. Icebergs leaving the Weddell Sea are likely to be moved north and east by the current.