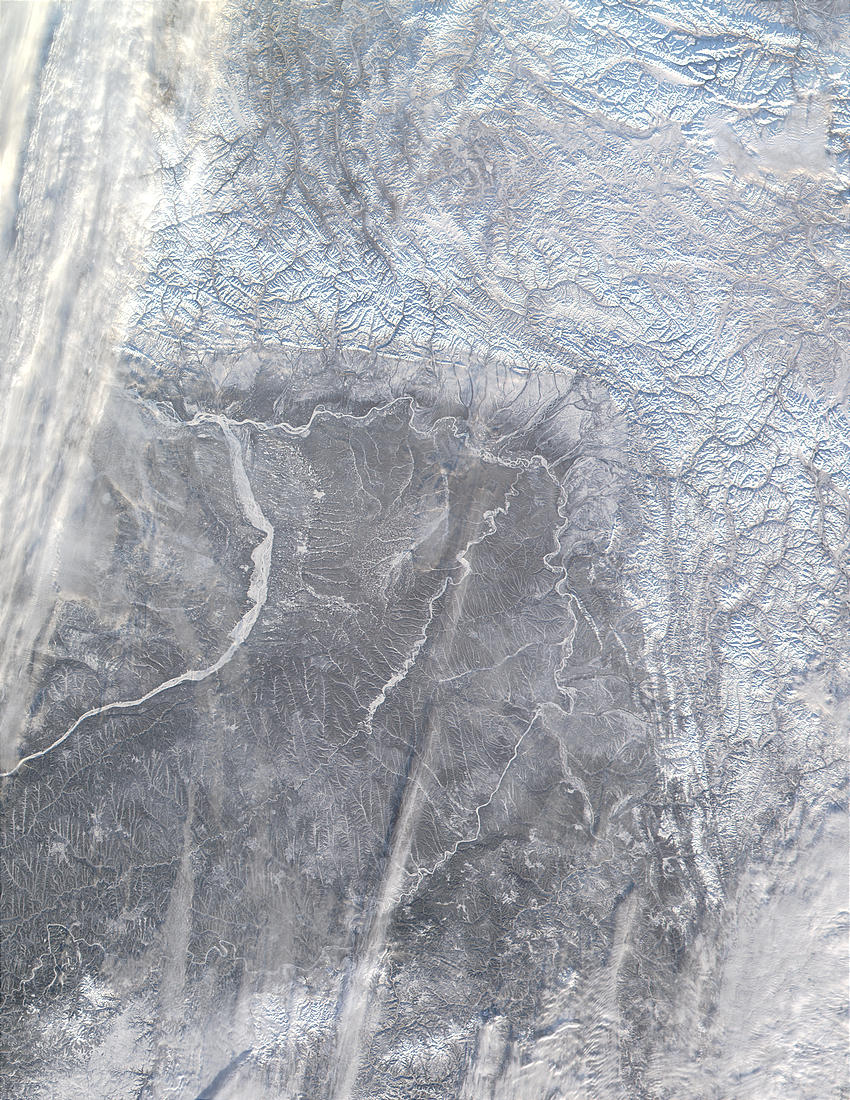 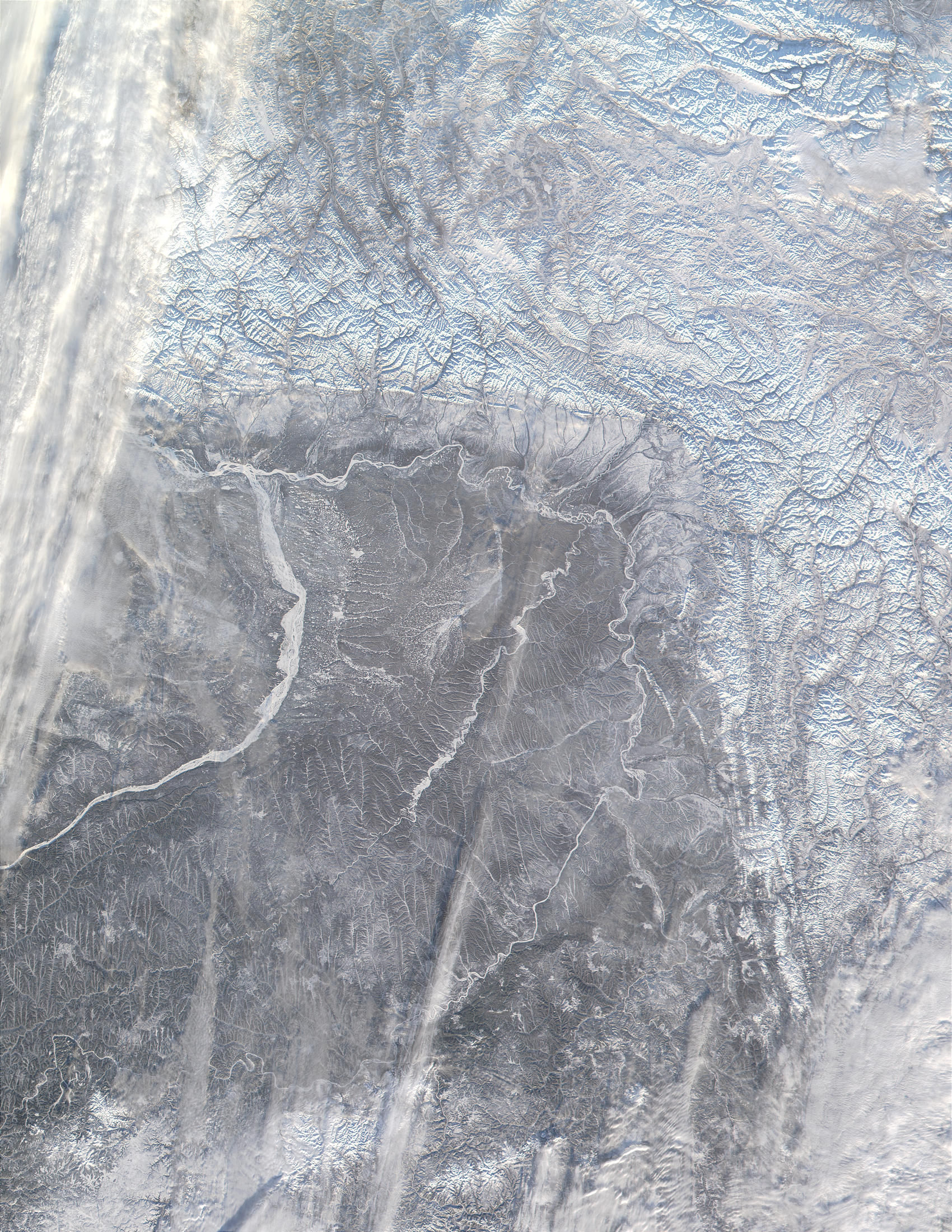 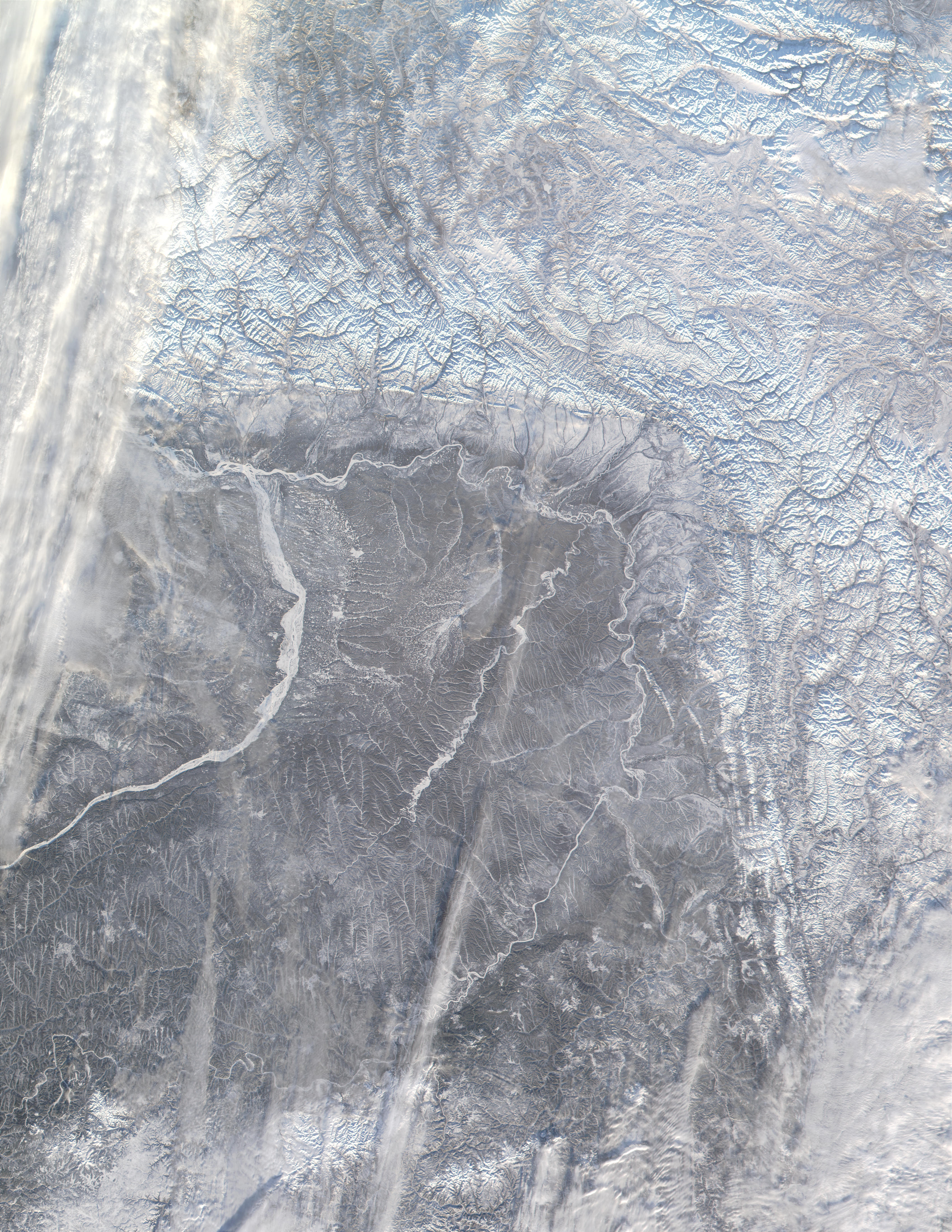 The Verkhoyansk Mountains mark the eastern edge of the Central Siberian Plateau in Russia. This true-color MODIS image from November 13, 2001, shows the mountains (top and right) covered in snow. Following the curve of the mountains, the frozen Aldan River traces an east, then north, then westward path across the landscape, which brings it to the Lena River, the much larger river beginning at image left.