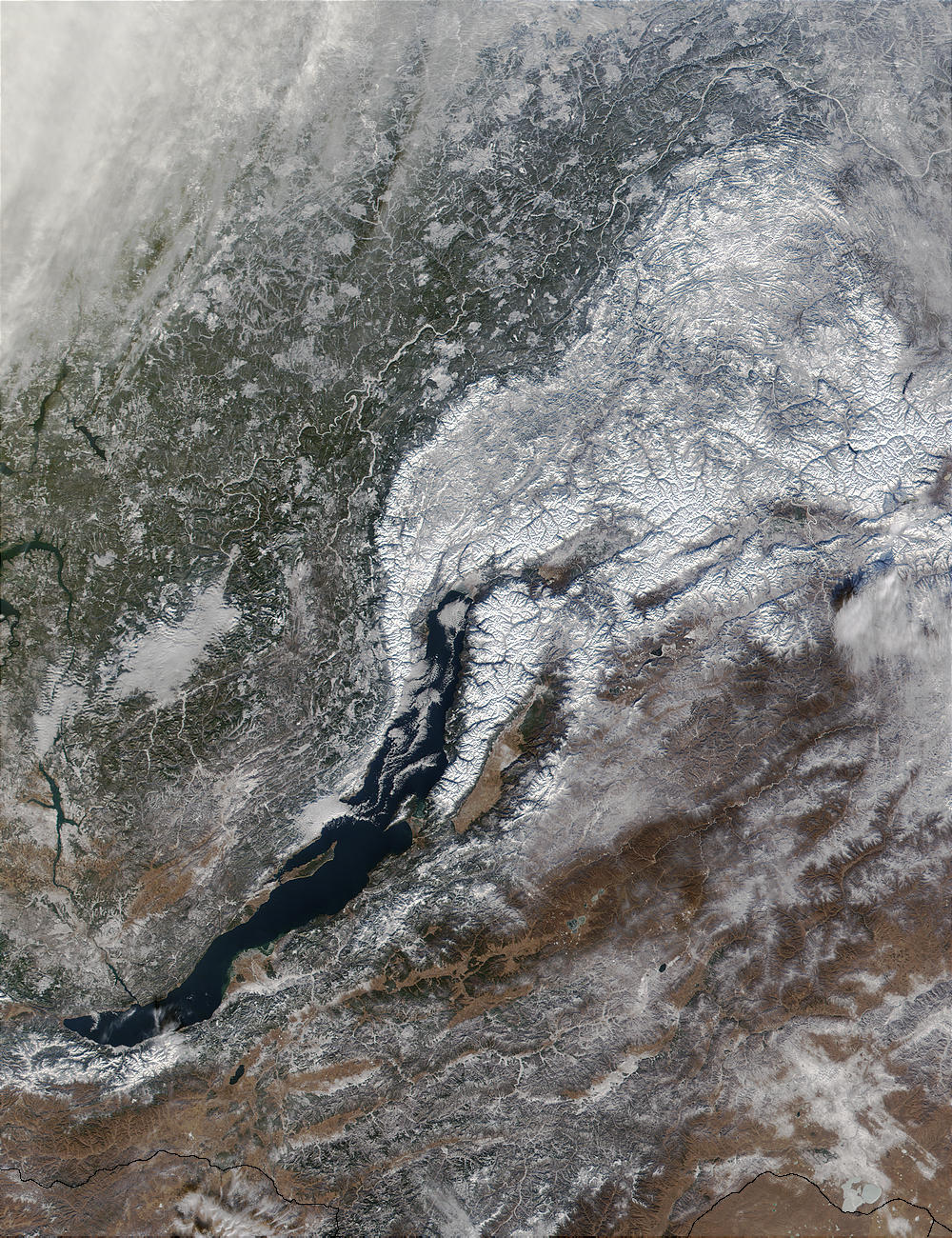 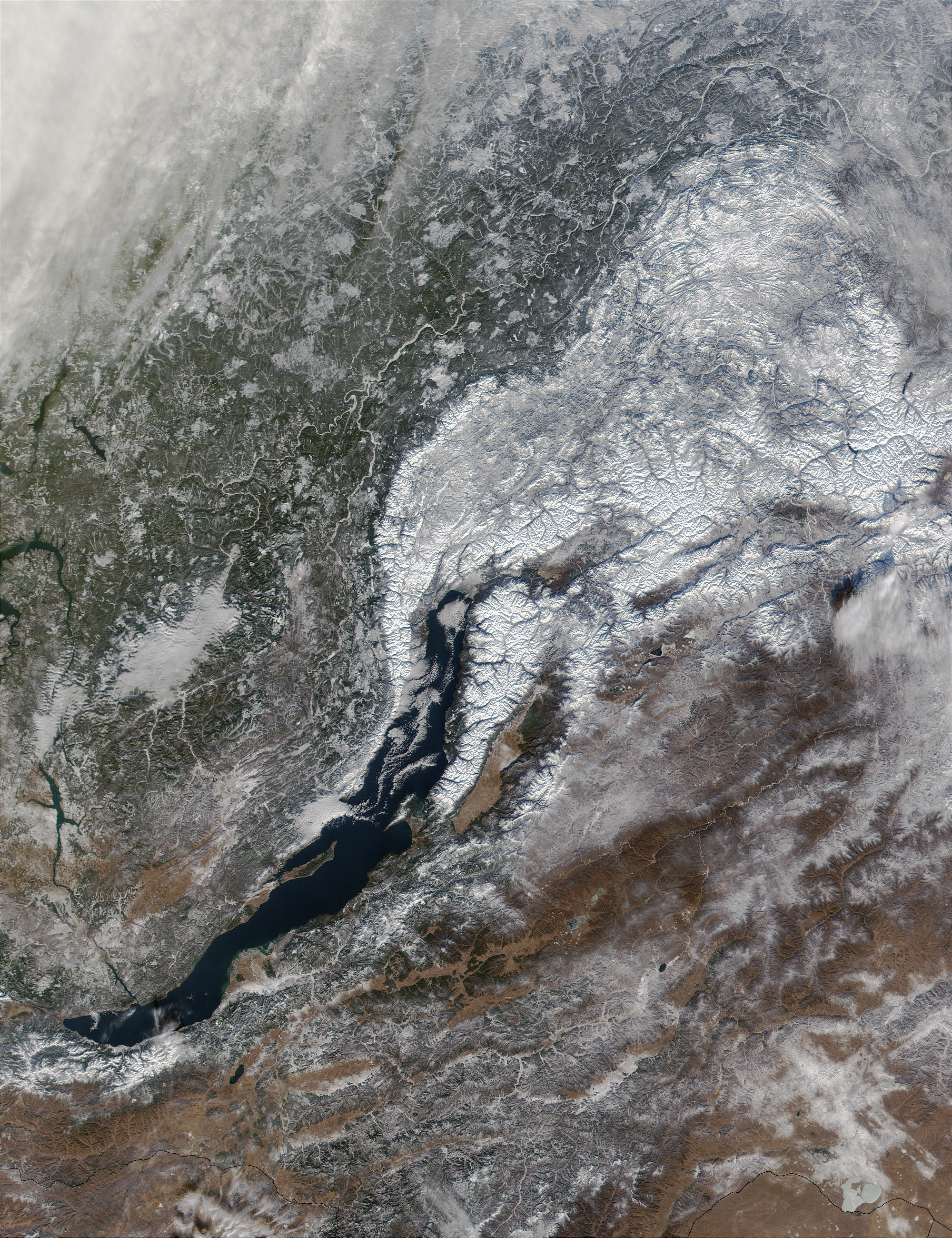 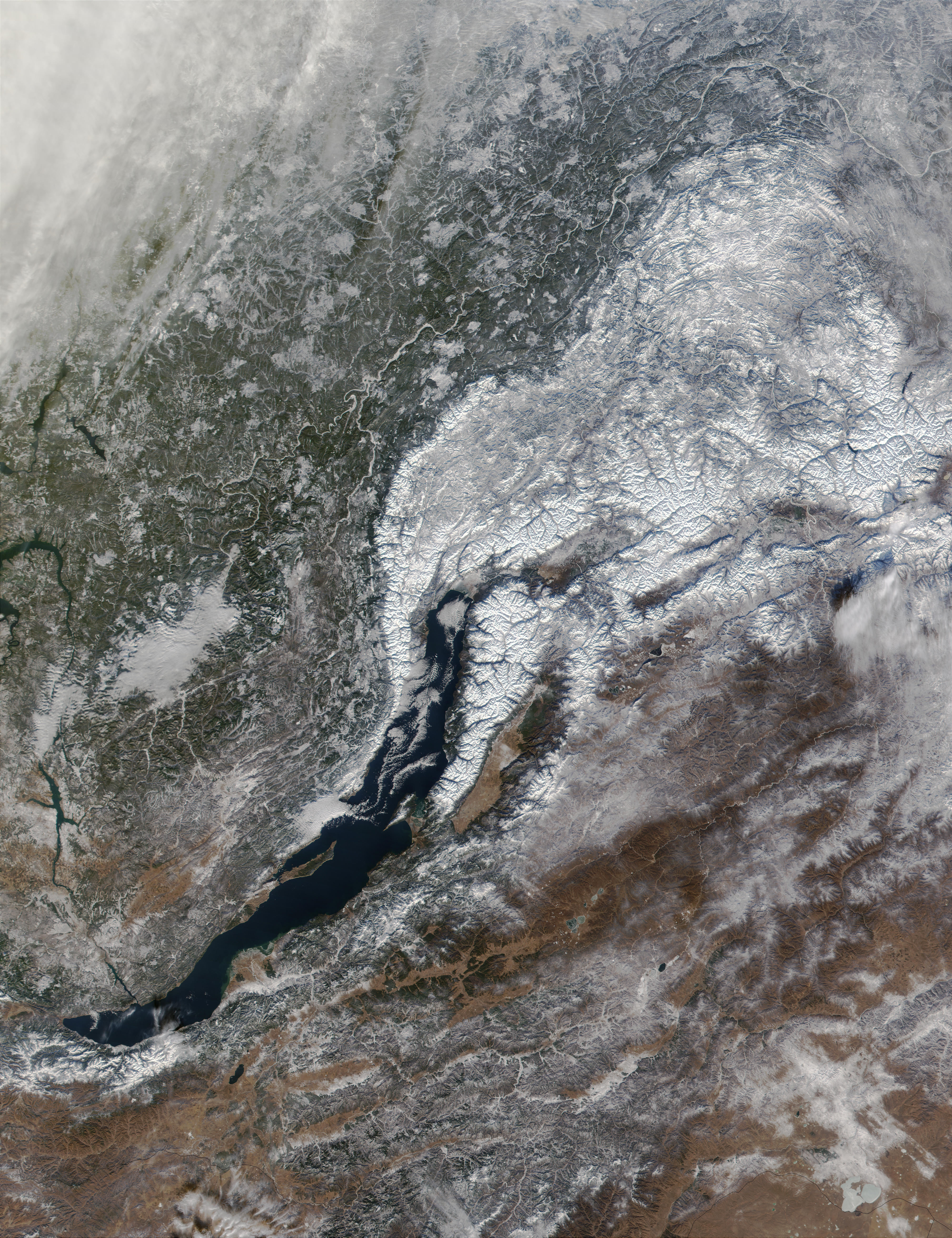 This MODIS true-color image of Lake Baikal in southern Russia, made from data collected on November 12, 2001, shows winter's advance on the region. Rivers to the north are freezing over and appear as white ribbons. Snow has dusted the southern portion of the Central Siberian Plateau, and the mountains to the north of Baikal are covered in snow. The lake itself is not yet frozen, nor is the Angara River, flowing out from southwest corner of the lake.